Fashion dynamo Zac Posen added a little technologically enhanced razzle-dazzle to the Adobe MAX conference in San Diego last week, where he addressed a crowd of roughly 11,000 about his career arc and creative impulses. At the end of the chat, a model emerged wearing the enchanting fiber-optic gown that Claire Danes wore to the Metropolitan Museum of Art’s Costume Institute Gala back in May. The luminescent creation, evocative of Disney’s Cinderella, was an instant sensation. 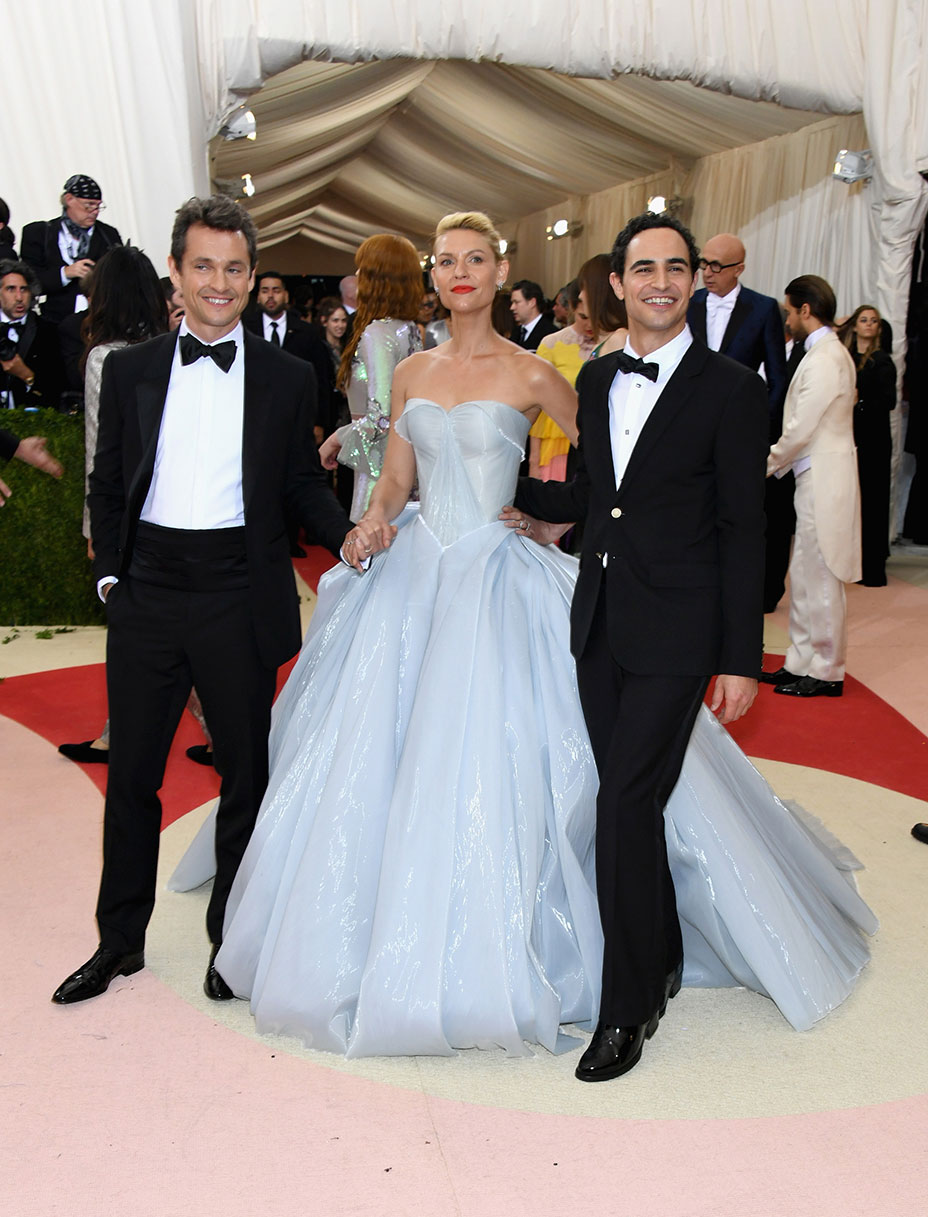 Posen, 36, took a few minutes to sit down with The Hollywood Reporter to talk about his childhood (he grew up the son of an artist in a Soho loft — back when they were still used as artist studios), his experience dealing with last-minute celebrity requests and his thoughts on the touchy issue of “cultural appropriation” as it applies to fashion design.

Tell me a bit about Project Runway. It’s always fascinated me as a TV show. Would you ever want to go through that process?

I feel like I did on a bigger scale with my actual industry. I mean I think there’s something great about a quick creative process and seeing that. Obviously you don’t have the ability to perfect or reflect, which is very important to me, even though fashion is very fast-paced. I think the show’s staying power is that it is about the creative process.

Very rare on television, and that’s its staying power. We are as good as the talent we get on the show. That’s what, for me, brings our performance as judges each season, and fashion is incredibly competitive. I think that over the last 15 years, the industry itself has become more saturated, so I think as a judge the stakes get higher.

Does the show change the industry?

I think it has been part of a change of the industry, for sure.

It was once a very hot ticket to see those final three runway shows at Fashion Week. Was it more for the gawking and being part of a culture phenomenon than it was for the actual fashion?

For the last five years that I’ve been on it, it’s definitely fans of the show [in the audience]. If I see somebody that I think has the intangible star quality, that glowing light, then you want to help build that and support that. Sometimes I find that the designers on there are too safe.

I went through the workroom at Central Saint Martins in London, which is the most competitive workroom of a design school in the world. Very high creativity, very conceptual, very international, age-diverse and cutthroat — people who have master degrees reapplying into a foundation there is just wild to me to launch their careers.

Where did you grow up?

I grew up on Spring Street in New York City. My dad’s an artist in SoHo. They moved there in the very early 1970s because my dad had a studio there. Half our living space was his studio, his sacred creative space. So understanding creative process and the idea of craft, creativity and expression is something that I have been born and raised into. And making stuff with my family was our pastime.

Didn’t Lena Dunhum grow up nearby with artist parents?

She did. I was Lena’s babysitter. My high school job was taking her to high school. I took her on the subway every day.

Did you see a budding star in her?

I knew it was there. It’s a funny group, especially once I got to high school. We all fed off each other. I have another friend, Ry Russo-Young, who is an independent filmmaker. We went to an amazing Brooklyn high school called St. Ann’s that for me was very informative. Brooklyn wasn’t trendy yet. It was kind of pure. There was no Google Maps, you know, it was exploration. Lena, I would dress her up. She was my Eloise. I decided that I was her [Eloise author] Kay Thompson on the subway, and it started and formed a lifelong friendship. She always knew she was going to be a writer, director. And then performer kind of came in later. She was there. It was forming there.

What was your favorite movie this year?

How about any year? I was born and raised on Singin‘ in the Rain. It’s in my work. It’s in me.

I thought recently of the Isaac Mizrahi documentary that he did way back when.

Great question. I don’t know. I’m not one to say what flies and what doesn’t. That’s nuanced. There are definitely people that do “influence” collections.

Coming out of Halloween, it’s now an absolute no-no; you cannot wear an Indian headdress anymore. That is like blackface now. But yet in fashion, it seems a little more complicated.

It often gets challenged and questioned in fashion.

I’m wondering if it’s getting even more challenged and questioned now.

Probably. I think so. I think it would definitely maybe be questioned in a different way because our culture has become more referential. It’s a wider cut-and-paste culture we are living in today. We’ve kind of reached all parts of our globe today, right? So, that kind of exoticism of the global culture has kind of reached a point. It’s all about how something is projected and if there is actual integrity beyond just something trendy or appropriate. I don’t make the rules on that stuff. Would it fly? I’m not sure.

Leslie Jones tweeted about how no one wanted to design for her for the Ghostbusters premiere. Then Christian Siriano came out of the blue and said, “I’ll do it.” What did you make of that whole thing? Did it seem disingenuous for her to say that, sort of accusing all fashion designers of not wanting to design for her body?

You can’t do it all. You know what I mean? The amount of times I have to turn down projects personally that I would like to take on … I mean, I’m a generous person, my spirit, you know.

These actresses are not paying you for red-carpet dresses though, correct?

No, very rarely. I have actresses that buy and order clothing. Red carpet are very rarely custom-made pieces. If she had come to me and said I want to make a piece with you, you know, I would have been open to it, but I have to fit that into a schedule. I can’t do that for everyone.

What did I make of [the Jones brouhaha]? A lot of noise. I think there was an angle that she was able to take. I wasn’t part of that one, so I don’t know. I just think when you are dressing a celebrity, for me, I’m hopefully adding a moment. I always say, “What role do you want to play?” when we start a fitting. She has a beautiful body, and I would have played it differently. But I’ve dressed, in my career, women of all body types, consistently, and of all ages. I think great talent prevails, always.