Zegna artistic director Alessandro Sartori touched down in Los Angeles on Friday to host a lunch for some of the biggest stylists in Hollywood (representing John Legend, Justin Timberlake, Tom Cruise and more) and introduce them to his new red-carpet collection designed just for them.

“Nobody else is doing anything new,” enthused stylist Jeanne Yang, who works with Alexander Skarsgard (Big Little Lies), Matt Bomer (The Last Tycoon) and Kumail Nanjiani (The Big Sick), among others. She was particularly jazzed about Sartori’s jogger pants in suiting fabrics, with elasticized ankles. “That elasticized bottom is the future,” Yang said. In recent weeks, several stars have already been spotted wearing the joggers, which also come tuxedo-pant style, including Star Wars: The Last Jedi’s John Boyega. 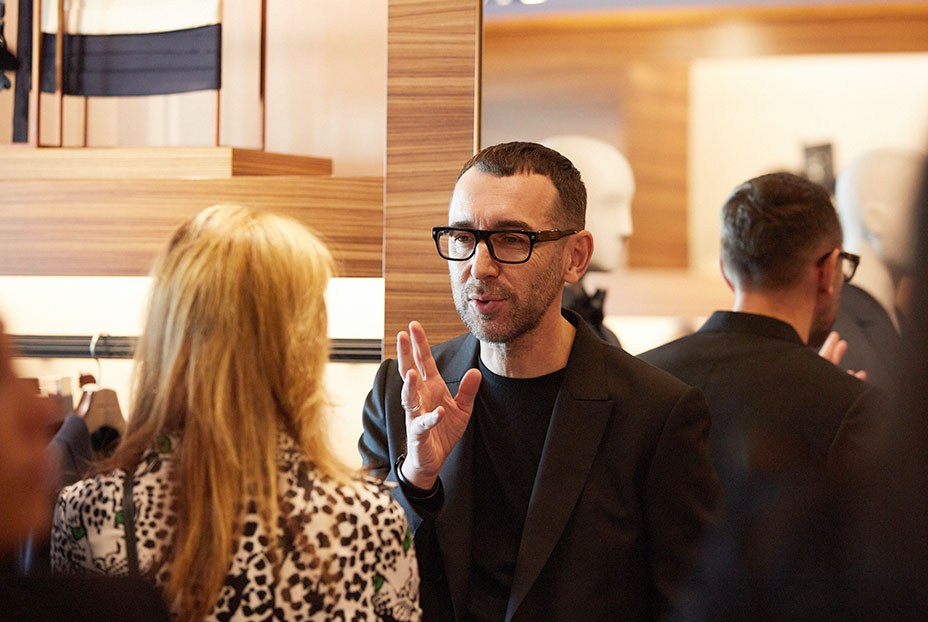 Sartori also introduced a new tailored jacket silhouette. “We call it 1½ breasted,” he said of the slightly more understated and sporty version of a traditional double-breasted style, this one with two buttons, but one of them hidden. Other highlights of the collection include bomber jackets and matching pants in suiting fabrics, velvet high-top sneakers and evening looks consisting of matching jacquard-patterned jacket, shirt, pants and sneakers for the ultimate in pattern-on-pattern dressing. 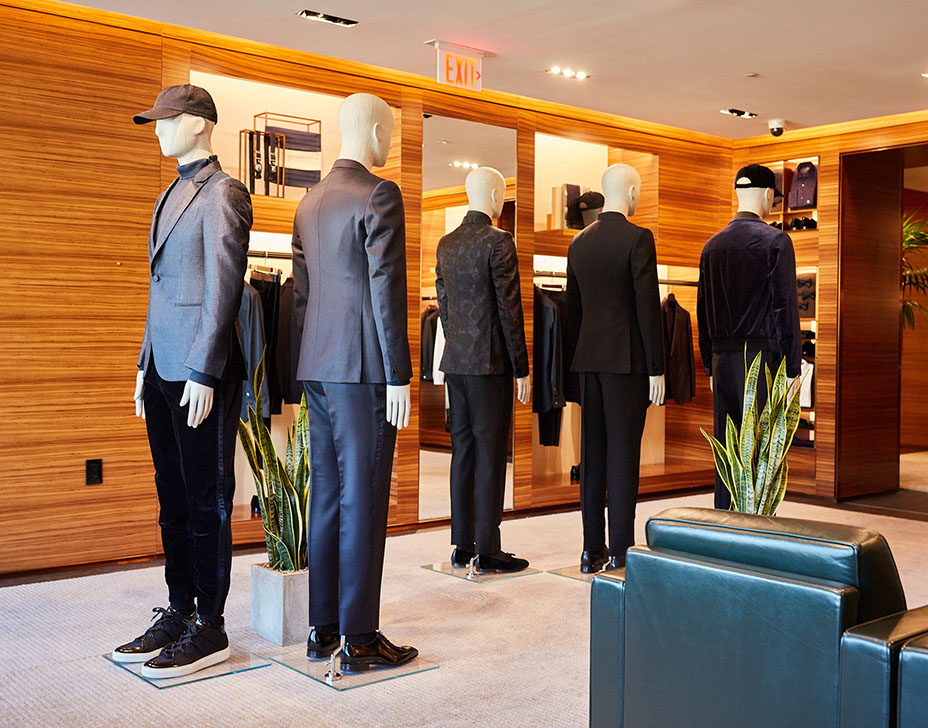 Sartori intends the collection’s fashion-forward design ideas to inspire customers ordering bespoke pieces and eventually to filter down to future ready-to-wear collections. He realized the need for the collection after he saw how last year’s red-carpet dressing hits ignited interest in Zegna customers. For example, after Mahershala Ali (Moonlight) wore a black-on-black tuxedo shirt and jacket combination to the Oscars, stores reported an uptick in requests for the style.

Zegna is hosting an evening event on Tuesday in Hollywood with an exclusive performance by the L.A. Dance Project choreographed and presented by Benjamin Millepied.