Metallic brocade tailcoats, heavily embellished boots and high-neck blouses from the spring 2018 collection were spied on Zendaya, Alicia Vikander, Riley Keough, Lea Seydoux and Jennifer Connelly, who got a first look at the exhibition before it officially opens to the public from Oct. 27 to Jan. 7. Jaden Smith, the youngest Louis Vuitton ambassador in attendance, opted for more a street-chic denim-on-denim look, which he accessorized with a Louis Vuitton x Supreme crossbody. And then there was Alexander Skarsgard, who made quite the style statement debuting a new half-shaved hairdo. 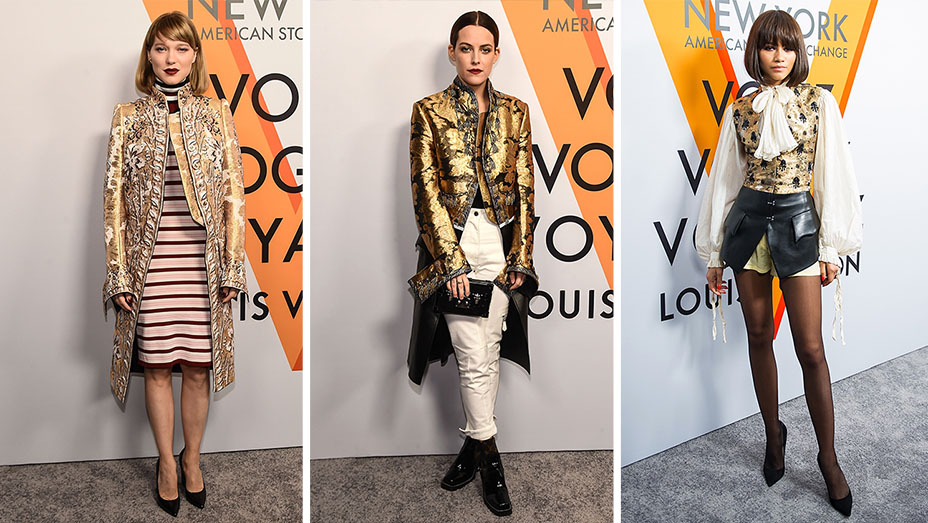 “As far back as I can remember Louis Vuitton has been this really exquisite brand,” said Keough of the fashion house’s rich history. The Girlfriend Experience actress, who is the granddaughter of Elvis Presley, added, “All the bags and trunks and suitcases — I remember being surrounded by them in my childhood.”

First opened in Paris in 2015, the Olivier Saillard-curated exhibition features 10 rooms chronicling the history of the brand from 1854 to the present, with an emphasis on Louis Vuitton’s iconic trunk and how it became synonymous with the concept of luxury travel. Classic monogrammed trunks and luggage from the early 19th century are interspersed with pieces from Marc Jacobs’ tenure at the brand, as well as a handful of Ghesquiere’s own designs. 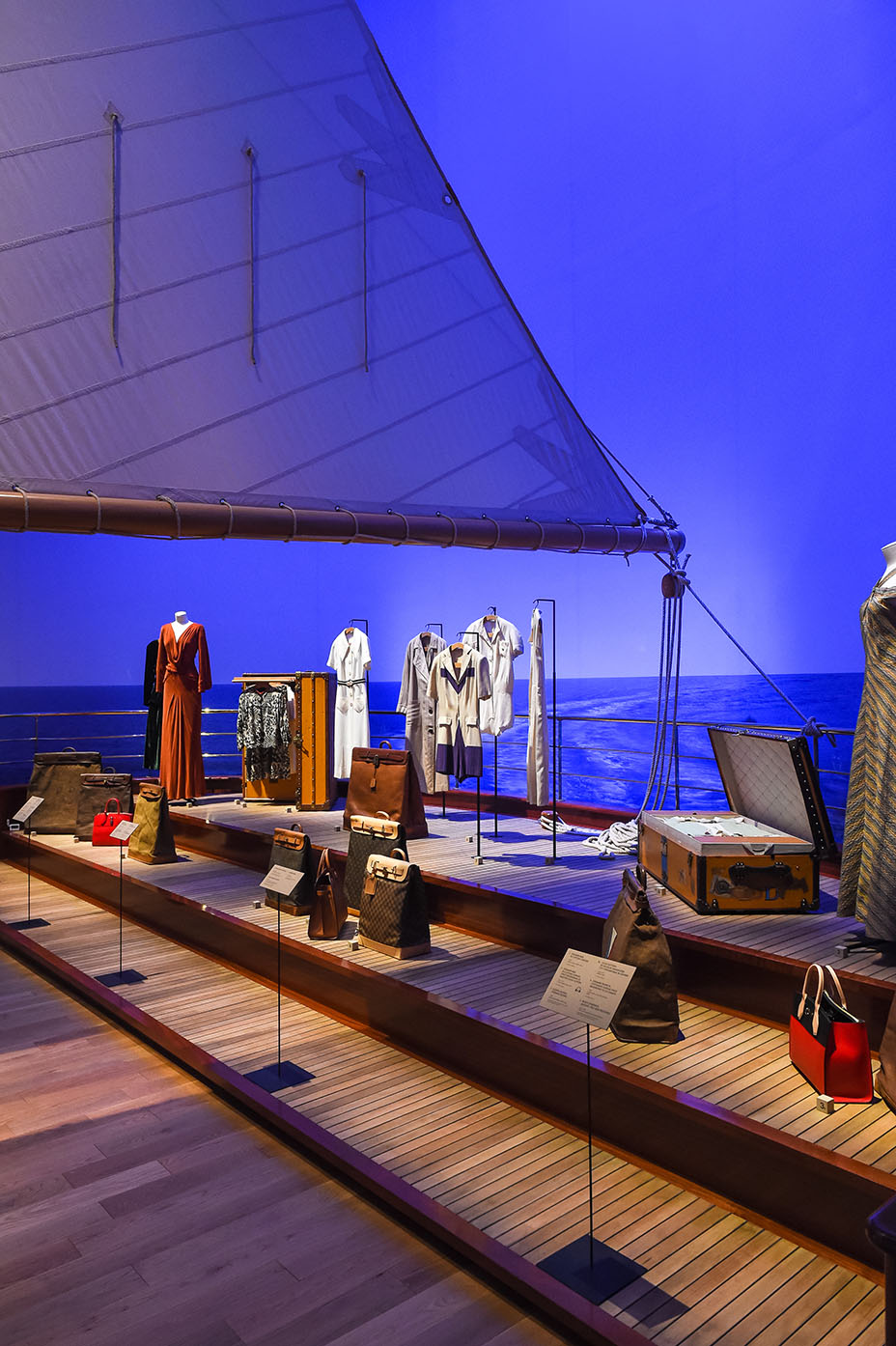 “All this shit is fire,” exclaimed a chatty Smith as he entered a room dedicated to “The Invention of Travel: Expedition,” and marveled at the displays of old-timey travel clothes and trunks staged on a makeshift boat deck. “If I sit down I’m going to sit for 30 minutes. This is cool as hell.”

Vikander — whose ring finger drummed up speculation about her rumored secret wedding ceremony to beau Michael Fassbender — arrived on the arm of creative director Nicolas Ghesquiere, and the pair were later spotted perusing the Old Hollywood collection of trunks and gowns that had once been worn by or belonged to the likes of Greta Garbo, Katharine Hepburn, Mary Pickford and Elizabeth Taylor.

In the final room, which is dedicated to the brand’s unique relationship with the U.S., are iconic red carpet creations including Vikander’s own yellow strapless gown from the 2016 Oscars. The full-skirted dress was on display next to other unforgettable ensembles, like the sleek silver number worn by Ruth Negga at the 2017 Golden Globe Awards, or the metallic cutout mini dress worn by Taylor Swift at the 2016 Manus x Machina-themed Met Gala. 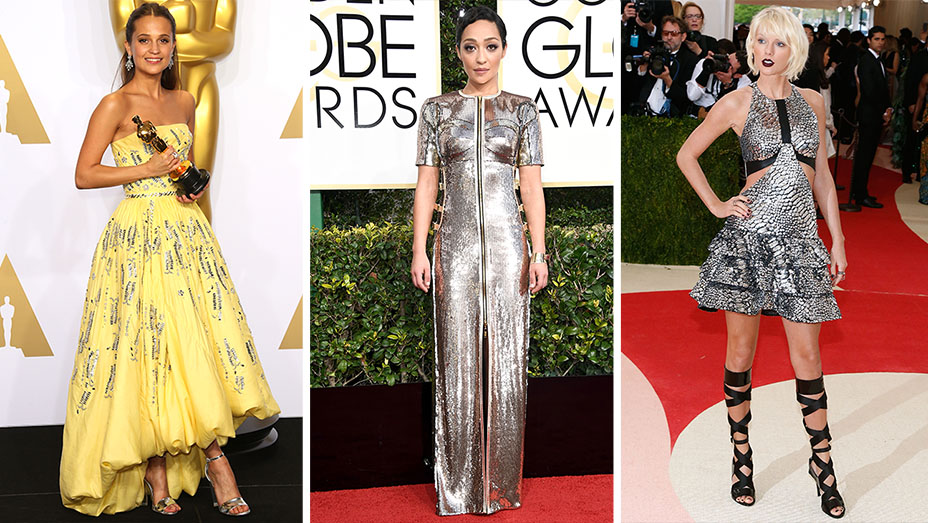