“The color is a really deep chocolate brown, which is a bit odd for the red carpet,” says Roach, with a laugh. “I don’t know if I’ve ever seen anyone wear this shade on the carpet. When I saw it at the couture show, I just thought that it was spectacular and I fought for it a bit and finally got it. We had our first fitting on Thursday, so it was down to the wire!”

Zendaya stars alongside Zach Efron in The Greatest Showman, which is nominated for best original song. She is a presenter at tonight’s show. 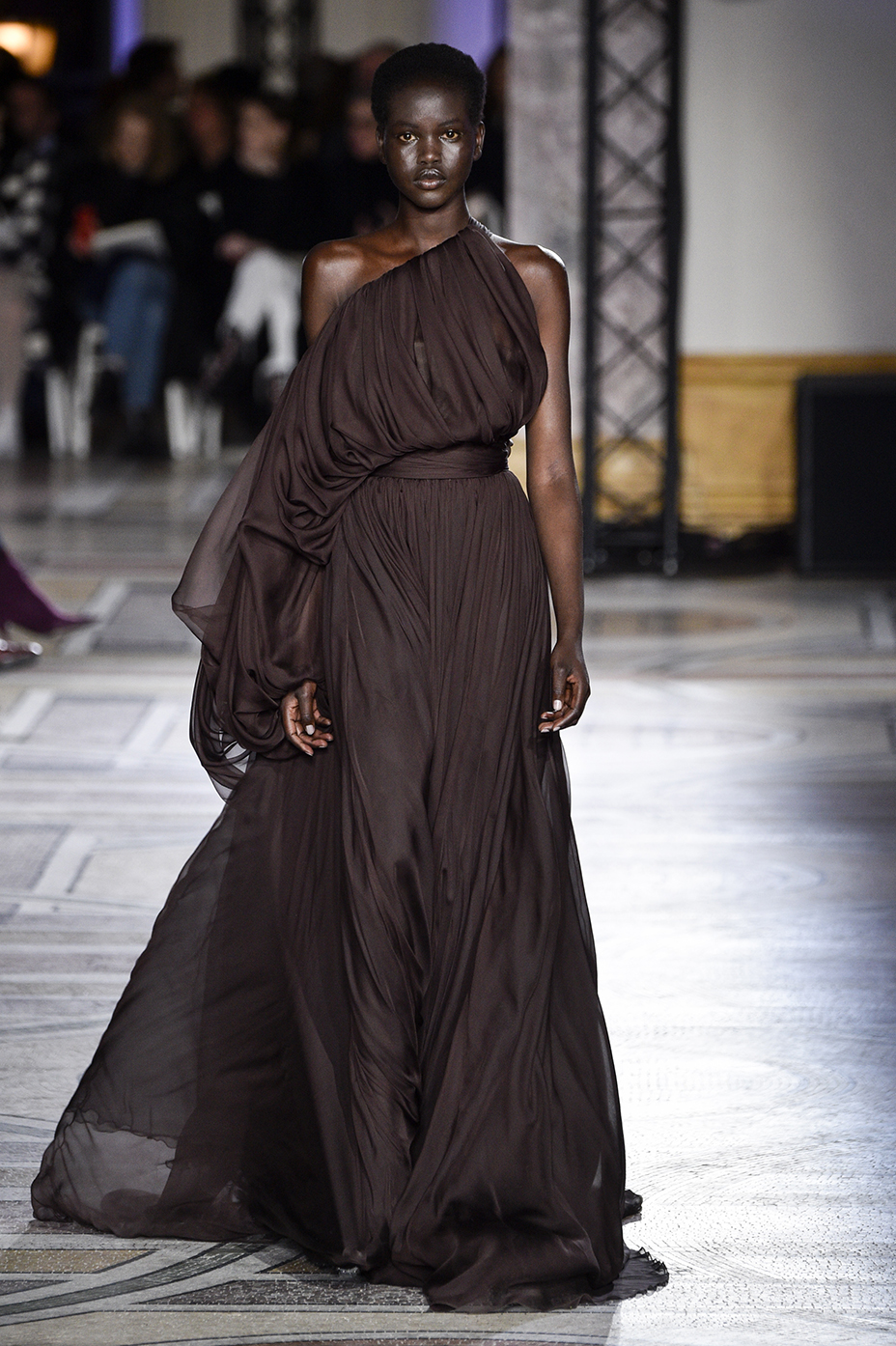 The starlet may be young, however she has a history at the Oscars. In 2015, the actress — who is known for embracing her natural hair texture and regularly changing up her look — wore her hair in dreadlocks to her first Academy Awards ceremony. While evaluating her Vivienne Westwood ensemble on Fashion Police the following day, host Guiliana Rancic commented that she looked like she “smelled like patchouli oil and weed.” Zendaya wrote a letter on social media calling out Rancic for the disrespectful comment. “To say that an 18-year-old young woman with locs must smell of patchouli oil or ‘weed’ is not only a large stereotype but outrageously offensive,” she wrote. “I don’t usually feel the need to respond to negative things but certain remarks cannot go unchecked.”