Seventies style is back in a big way, as evidenced by the March 2 strong showing of Zendaya’s collaboration with Tommy Hilfiger in Paris, which included a star-studded lineup of all-black models and finished off with a powerhouse performance by Grace Jones.

The collection was inspired by 1973’s Battle of Versailles, the legendary fashion face-off that brought the likes of Grace Kelly and Andy Warhol together to see couturiers Pierre Cardin and Yves Saint Laurent compete against American upstarts Halston and Anne Klein. The evening, featured in M2M’s 2016 Stanley Tucci-narrated documentary, put black models and American fashion front and center on the world stage. “Without these women … opening those doors, we wouldn’t be here,” says Zendaya, 22, who asked that original Versailles black supermodel Pat Cleveland be included in the show, which featured multicolored metallic dresses, white bell-bottoms and lots of Lurex. “So it’s about celebrating them.”

The actress-singer-activist and her longtime stylist, Law Roach, also referenced Charlie’s Angels, Sonny and Cher, singer Lola Falana and broadcaster Jayne Kennedy in the show — for which Hilfiger allowed them free rein. “Tommy gave us the keys,” says Roach. ” ‘Whatever you want to do, just do it,’ from conception to hair and makeup and casting to the collection on the runway.” Says Hilfiger: “Zendaya brought inspiration boards from the ’70s,” including pictures from her family album, “and because that’s when I started my business, I love that style. So we went to work.” The result, says Zendaya, was “bold and classic.” Roach shares what went into the star-stylist-designer collaboration. 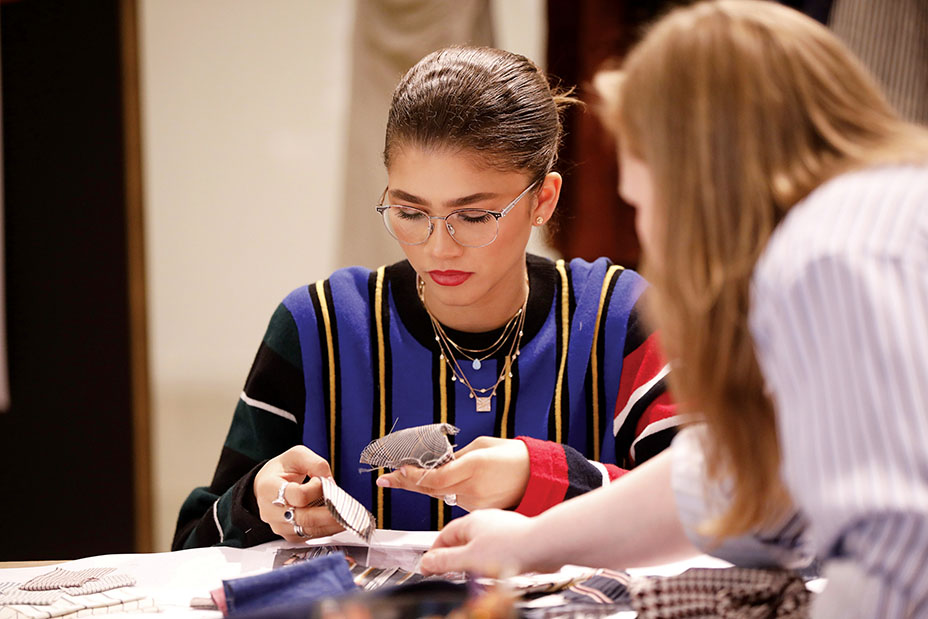 After the Battle of Versailles concept was set, what followed?

We had a wish list of people that inspired us [to include in the show], like Grace Jones, Veronica Webb, Beverly Johnson and Debra Shaw, who was a muse to Jean Paul Gaultier. We had this Tommy machine behind us. Everything had a story: That theater was the first place where Josephine Baker performed in Paris.

People were on their feet — that’s not a regular Paris Fashion Week show. Zendaya was overwhelmed to come backstage and be hugged by all these beautiful black girls who themselves were overwhelmed from walking in a show with Johnson, the reason why they are models. And Grace was being Grace and telling stories and drinking champagne. It was out of a movie.

What was your biggest takeaway?

I went to fit my idol Grace Jones, and I knew the construction of the clothes was good, but Tommy is still at a certain price point and Grace has been able to wear all the best — Alaïa and Gaultier.

I was honestly nervous that she was going to think these clothes are shit and that she is not going to want to wear them, and OK, that’s fine. When I presented her the clothes, the jacket she wore onstage was the first thing she put on, and she said, “I love this. Can I try on everything else just for fun? I really like these clothes.” I burst into tears because that was my ultimate stamp of approval, that my idol wants to own them in her own personal life. I’m a stylist, so I know how to read a fitting, and I was watching this woman I have studied over the years, and people were patting me on the back like, “You can do it.” Her loving the clothes I had a hand in designing made up for all the flights, long nights and not taking care of myself. Like, this is why you do it.

This story first appeared in the March 13 issue of The Hollywood Reporter magazine. To receive the magazine, click here to subscribe.