When it comes to body-baring, dead-sexy and richly embellished, Beirut- and Paris-based designer Zuhair Murad has a lock on the look.

He’s dressed nearly every star in the Hollywood galaxy for the red carpet, most recently outfitting Nina Dobrev in a black-and-silver studded shorts suit at the American Music Awards on Nov. 18, Jennifer Lopez in a seminude glittery black jumpsuit for the Latin Grammy Awards; Beyonce in thousands of flower-shaped crystals at the Country Music Awards; and Kristen Bell in a fairy-tale floral-print gown at the Emmys. 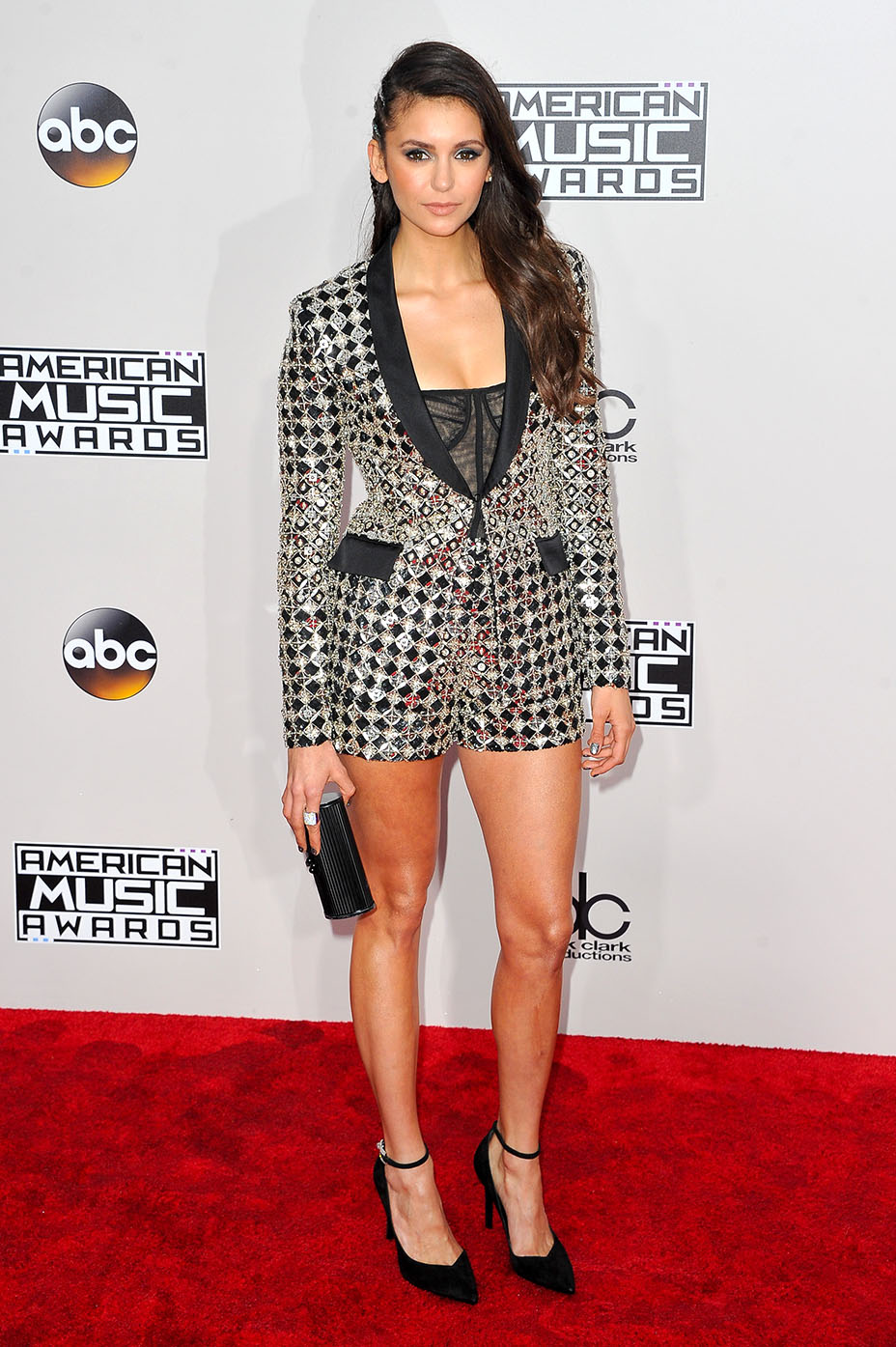 While in Los Angeles this week for fittings, the designer hosted a cocktail party at his penthouse suite at Sunset Tower for stylists Jen Rade, Joseph Cassell, Law Roach, Tanya Gill and more. He chatted with Pret-a-Reporter about his favorite red-carpet moments, his personal style and his thoughts on the U.S. election.

Pret-a-Reporter: Tell me about the brooch you’re wearing! It’s amazing.

Zuhair Murad: It’s by Alexander McQueen. The suit is by Saint Laurent. I’m always in black, so I have to play with accessories. I make the most beautiful dresses in the world, but sometimes I have to take care of myself!

What are your favorite red-carpet moments?

There are so many: Jennifer Lopez at the 2010 Met Gala, which was one of my earliest, Kate Beckinsale at the 2014 Golden Globes, Kerry Washington at the 2011 Emmys. Every time is kind of like the first time. I’m surprised and excited. If it were to become a routine, there would be no more challenge. 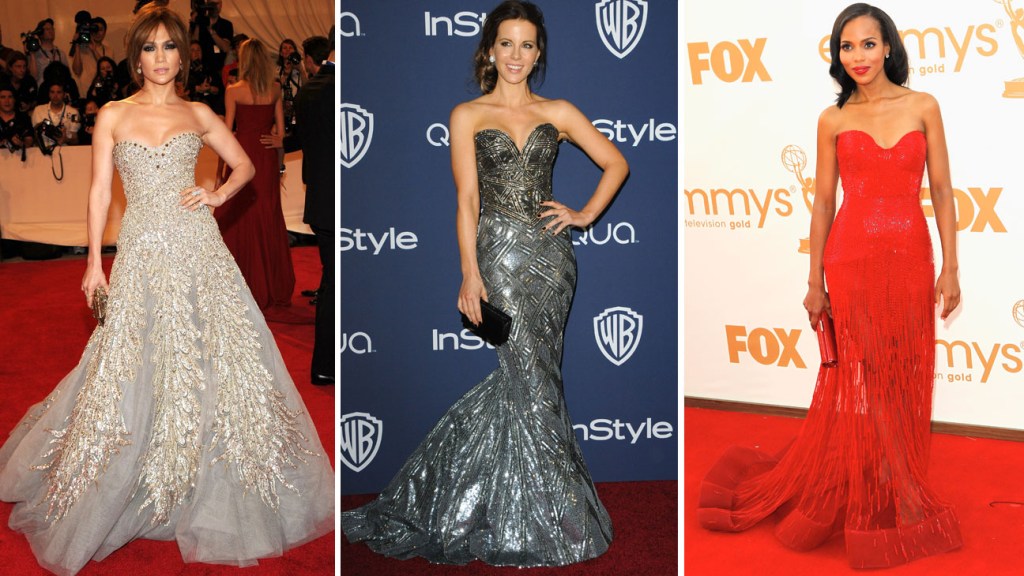 Do you watch awards shows live in Beirut?

Yes, sometimes it’s 4 or 5 o’clock in the morning, but we wait and watch. It’s big publicity; the entire world is watching, and everyone is interested in what the celebs are wearing and what’s the trend.

Does dressing celebrities impact your business?

Absolutely. The day after, clients on the couture level start calling, on the ready-to-wear level also. Then we receive phone calls from department stores and boutiques that want to carry the styles. So it’s very important.

Which celebrity garners the most interest?

Everybody loves J.Lo, especially in the Middle East and Europe. She’s an idol. She’s 40-something and she looks even better than she did before, and whenever she wears one of my pieces, she has a certain shine.

What do you love about L.A.?

L.A. is very similar to Beirut in the look of the roads, the weather and the buildings. Besides vintage shopping and visiting galleries, I love the classical era of Hollywood. There’s something very dreamy about it, particularly Rita Hayworth and Audrey Hepburn. 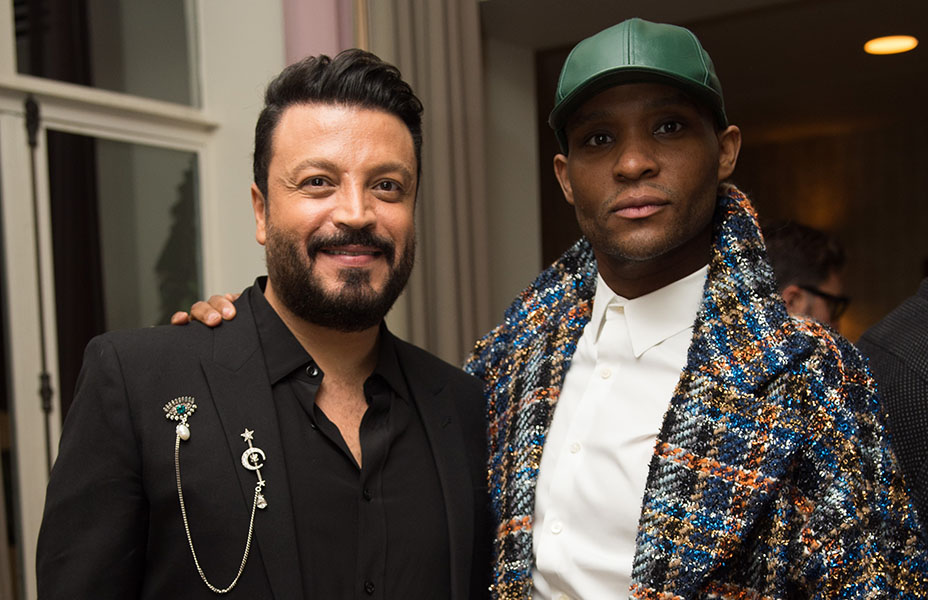 What was the last film you saw?

I don’t remember; I don’t have time to watch too many. But I do love horror movies.

What do you think about the U.S. election?

I don’t like politics, but I was as surprised as everyone else. We have to see what he will do. We also had an election in Lebanon at the same time and chose a president after two years of not having a leader. The person we chose is good, Michel Aoun, but he’s very old, he’s 81. So, like America, everyone is wondering what he will do.