Industry veterans were surprised to learn in February that producer, financier and foreign-sales kingpin Avi Lerner had agreed to sell half of his Millennium Films to China's Recon Group (which also owns the Aston Villa soccer club) in a deal reportedly valued at more than $100 million. They'll be even more surprised that the 69-year-old Israeli is planning to retire in the next couple of years.

Half a century since Lerner first got involved with the movie business as a very young man who had emigrated from his native Israel to South Africa, where he found work managing a Johannesburg movie theater, the gray-haired, gravelly voiced quintessence of indie film says he'll soon step down from his joint companies, Nu Image Inc. and Millennium, to concentrate on producing. He already has made one big change: Two years ago, he relocated from Los Angeles to Las Vegas — though he continues to live a peripatetic life that takes him from the U.S. to his other homes in Israel and Cape Town, on top of regular trips to the annual film markets.

The onetime barman, carpenter, Tel Aviv drive-in owner and paratrooper has a brash, aggressive, old-school style that frequently has gotten him and his companies into legal fights as he built his eclectic portfolio. Lerner started off producing and selling low-budget schlock such as Shark Attack and Crocodile through Nu Image. When he saw the impending collapse of the home video market — which had fueled the sales of countless movie titles — he launched Millennium Films in 1996 as a vehicle for making more upscale pictures. Those have included muscular genre fare such as 2008's Rambo, 2010's The Expendables and 2013's Olympus Has Fallen as well as Lee Daniels' 2012 film The Paperboy and 2015's Septembers of Shiraz, an account of a Jewish family living through the 1979 Iranian Revolution.

Nu Image and Millennium together have a library of more than 300 films, which Recon is acquiring along with chairman Lerner's services. On the 25th anniversary of Nu Image's formation, Lerner gave THR a look back at his always colorful and often turbulent career. 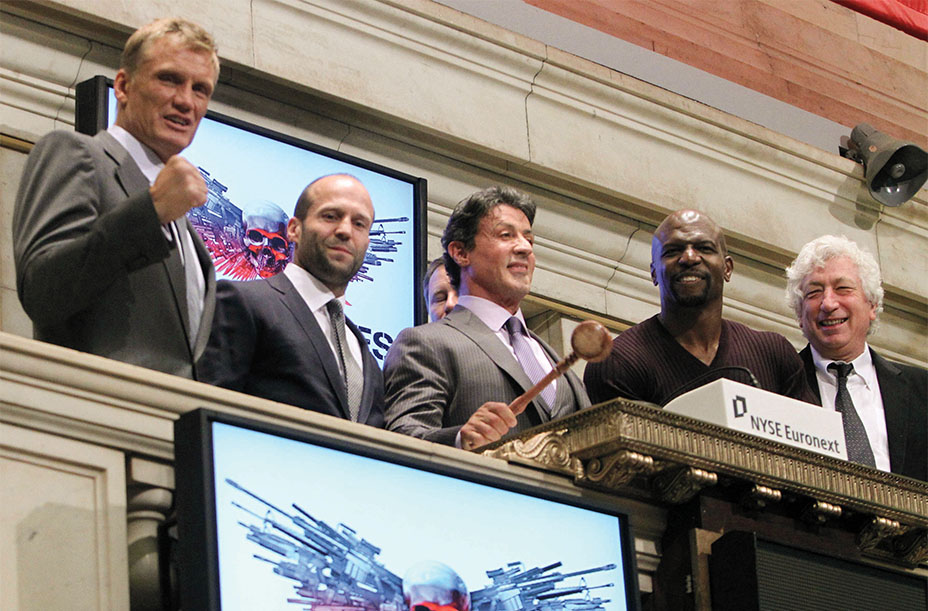 You recently sold half your company.

Well, 51 percent, but we're still going to keep the control because they're not interfering with the daily management, only the board of directors. We made the deal with them where they cannot interfere. It's a company run by Tony Xia. He's an [urban] architect; he plans towns. When I decided, together with my partner, [chief operating officer] Trevor Short, that we're getting old and we have to think about an exit plan, we went to The Raine Group [to find a buyer]. There were many, but Recon was the most serious one — as much as the Chinese can be serious. You never know with China.

We closed the deal, but they have to pay us. They haven't paid us yet.

The Chinese government is restricting the outflow of capital. How will that affect you?

It won't affect us very much for three reasons. Number one, it's been done before. And number two, they've got the approval to do it. Number three, which is the most important thing, it's not $1 billion; this is a small amount.

Recon already has approval from the government?

No, apparently not. If you apply to the government and show them what you're doing, it takes time. Like any communist country, it will take time. But they'll approve it. They'll get approval. 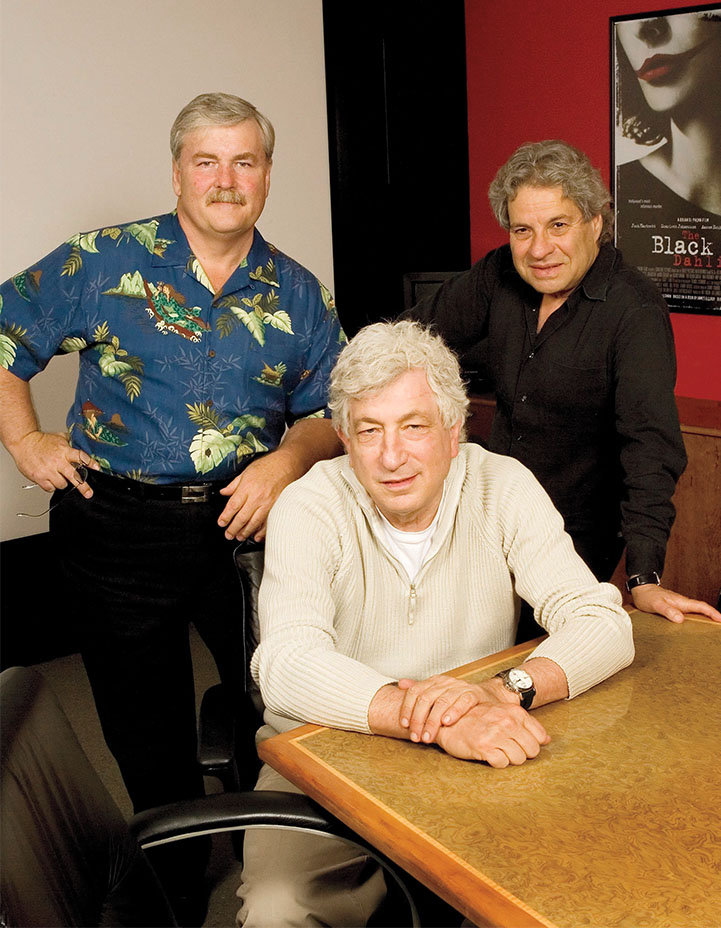 Do they want to change the company?

No. Actually, they're letting us do the same thing we've done before — you know, what we have done at Nu Image/Millennium: make 320 movies in the years [since Nu Image was launched] and the 20 years since Millennium was created.

How has the business changed in that period?

You used to be able to make a movie in the late 1980s and beginning of the 1990s just based on the poster. That's when video was around. Everyone bought [the project] based on our poster; then they started to be more selective. And then we realized that we need to do it more based on what the demand was. Not every movie was selling enough videocassettes, only the big ones with major movie stars or semi-movie stars. So that was the first step. That was the first big change.

The first big change being that the video market went away?

Are you making fewer pictures, but bigger, to cater to those needs?

No, we're still making the under-$10 million movie. We still find a way to sell our small action movies and horror movies, but today we sell them to Netflix and Amazon. They've become global buyers, first in America and now all over the world.

You used to go to film markets and sell territories.

We still do. And even Netflix comes, and they buy territories and try to buy America plus the rest of the world. And Amazon, to a degree.

Do they pay well?

Nobody is as strong as Netflix. Netflix is the one that, in the independent market, controls the market. They're only buying from the independents — and they buy a lot. 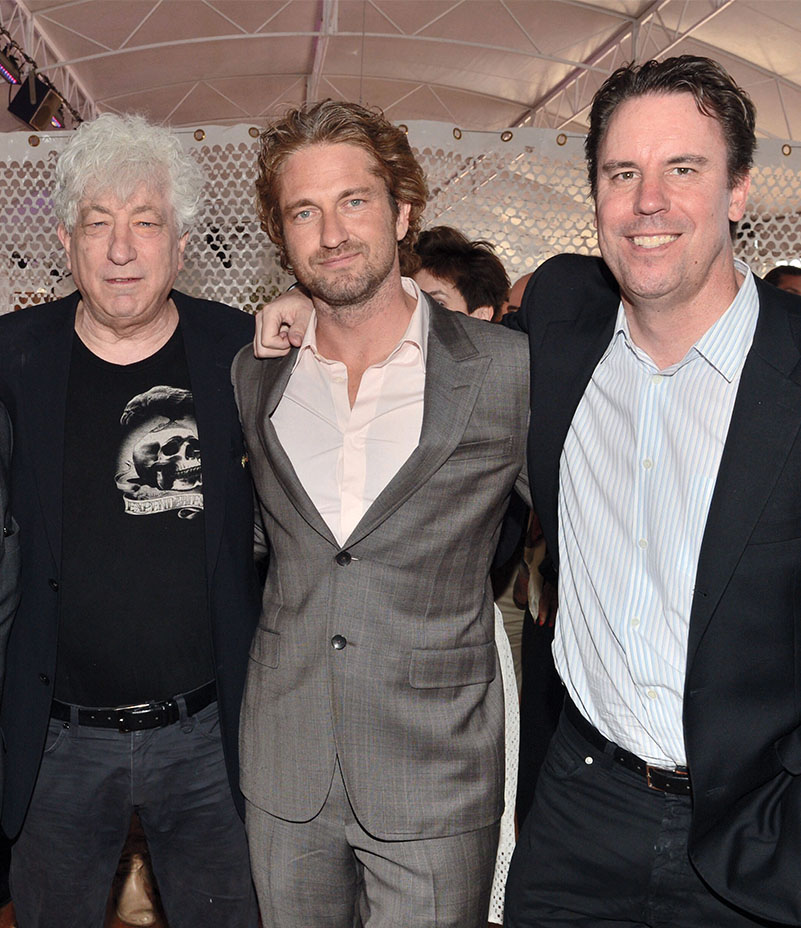 What do they pay for the rights?

Netflix always wants to pay 25 percent of the cost of the movie for subscription video-on-demand. But it doesn't work like that. Once they take the subscribed VOD, they're killing paid TV, the DVD doesn't exist, it cannot go in theatrical. They'll have to change the formula. Right now, there's a lot of desperate companies that sell them whatever. But at the end of the day, they won't be able to maintain that and buy movies for 25 or 30 percent of their cost. They'll have to pay more like 80 or 100 percent. And I think they will move in this direction. The whole world is moving to watch a movie through a subscriber. You pay HBO, Showtime $10 or $20 a month, but the beauty with Netflix is that you can watch it any time of the day.

Is there still going to be a theatrical business?

There has to be a theatrical business. But not for the Netflix deals. Not for the HBO deals. For the big movies [that companies like Netflix can't afford]. Netflix cannot pay $100 million for a movie. If they buy a movie, you'll be lucky to get $10 million, maybe $12 million. They try to squeeze you, like any other good businesspeople.

My dream is that Amazon and another company, Hulu, will join the competition, so there will be three companies. Plus HBO, plus Showtime, plus Starz. All will be SVOD and then they will compete.

You don't have a multipicture deal with any of them?

No. I don't believe in it. I believe every movie has to be considered [individually]. Yes, I've made many deals, especially with HBO and now with Netflix. I sold them hundreds of movies. But the business is becoming more and more selective, each movie by itself. We used to use one great movie to sell all the rubbish. Not anymore.

You can still, sometimes, [if you have] a relationship [with the buyer]. "Hey, listen, take Expendables, and I'll give you whatever." 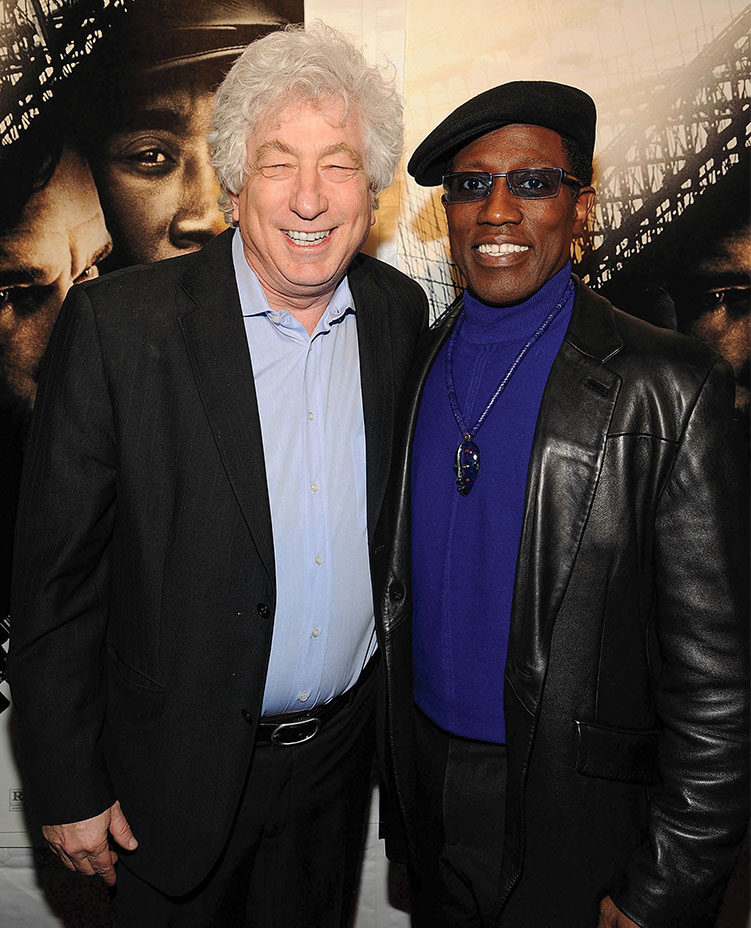 Very much. Because that's where you get the buyers together and get them to come to your office and see the trailer and see the poster and explain what you do. It's still a business of people. I like to deal one-on-one with people and try to explain to them that my movie is the best in the world.

How many projects do you take with you to Cannes?

We're going with two new projects this year. One will be Hellboy, which we rebooted with Neil Marshall [directing]. The other is a smaller project; I don't want to announce it yet because I'm in the middle of this. But we, as a company, as Millennium, we always come with two or three new projects, and we have done that for 20 years.

Two high-level people have left you. One was your partner, Danny Dimbort. The other was your company president, Mark Gill. What happened?

With Danny, this happened already, how long ago? I think eight, nine years ago [in 2011]. I'm very good friends with him. Danny did not want to work with me. He felt that I'm a dictator.

No, no, no. I'm not. Maybe. I don't know. We're still best friends. I love Danny like my own, like I love myself. And then a few months ago, I let Mark go. The idea was, I'm going to retire, then he will run the company. That was the idea. Without going into detail, I let him go. It's normal. I'm sure he thinks about me not the best, but I worked with him for five years.

Are you still planning to retire?

Yes. In two years' time. I'll still be making movies, but I don't want to run a big company. I want to run a small company. Who will [run the company], I don't know. That's up to the buyers. 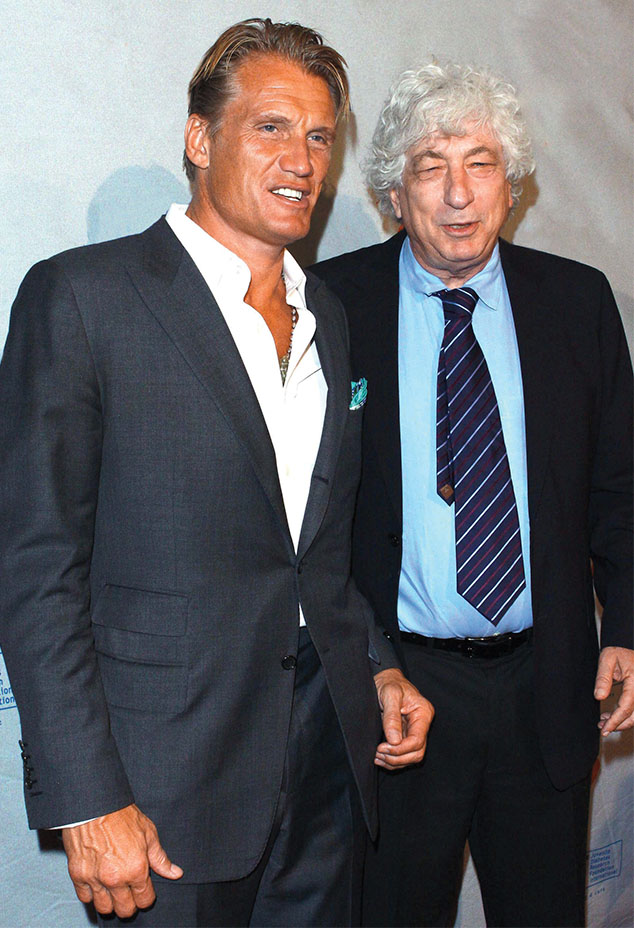 Sylvester Stallone said there will be no more Expendables with him.

Are you still friends with him?

Obviously less. But I respect him. I think he's one of the icons of the world. You know, without being too mean, I took him when he was down, when nobody wanted to hire him, and I gave him Rambo and The Expendables. I think I gave him a new life.

So you're not doing Expendables 4?

We will do Expendables 4, without Sylvester Stallone. We've got a script. We're working on it. Look, Batman, they changed the guys. Spider-Man. You name it.

What's the biggest-budget movie you've made?

What's the most you've paid an actor?

Twenty million. Sylvester Stallone. We were going to pay him that for Expendables 4.

We are going to do Hellboy [and] Expendables 4 next year. We're doing Expendabelles. It will be 10 big female names. We're doing Angel Is Fallen, we're shooting a movie called #211 with Nicolas Cage, and we just finished a movie called Stoic with Antonio Banderas.

Do you still own studios?

Two. One in Shreveport, Louisiana. And we've got a studio in Bulgaria, which is one of the biggest studios in Europe. We've got 15 stages. We've got about 450 people working for us in Bulgaria.

Whom do you admire in the business?

Whom do I respect and love and admire? Leonardo DiCaprio. I think he is amazing. In production, I admire Steven Spielberg. I like Jim Gianopulos. I don't admire any other producer. Admire? I admire Churchill. I admire Yitzhak Rabin. I admire Shimon Peres very much.

I heard you left Los Angeles.

I moved to Las Vegas. Everyone knows the reason. California is quite a communist country. Las Vegas is free. There's no tax. Most of my time I spend in Las Vegas, working from Las Vegas and coming here for meetings.

What have you not accomplished that you'd like to?

Below, a look at Millennium's top 10 grossers.