Blake Lively is really getting into character for her upcoming film A Simple Favor.

"We wanted to make it look intimidating; she played a very strong character," the film's costume designer Renee Ehrlich Kalfus tells The Hollywood Reporter. For Emily, a high-end PR director who goes missing, they had to choose "whether to go feminine or completely cover it up."

Kalfus and Lively noticed that Feig always wears suits while shooting, no matter if he's by a lake or in a parking lot. "Blake and I looked at each other and said, 'Somebody’s got to dress like Paul.' Once we headed down that path, it seemed so right that this would be a guarded person who nobody really gets to know. And she’s so sexy and can walk and strut this look and be completely covered up." (In some scenes, she wears a suit jacket without anything underneath.) 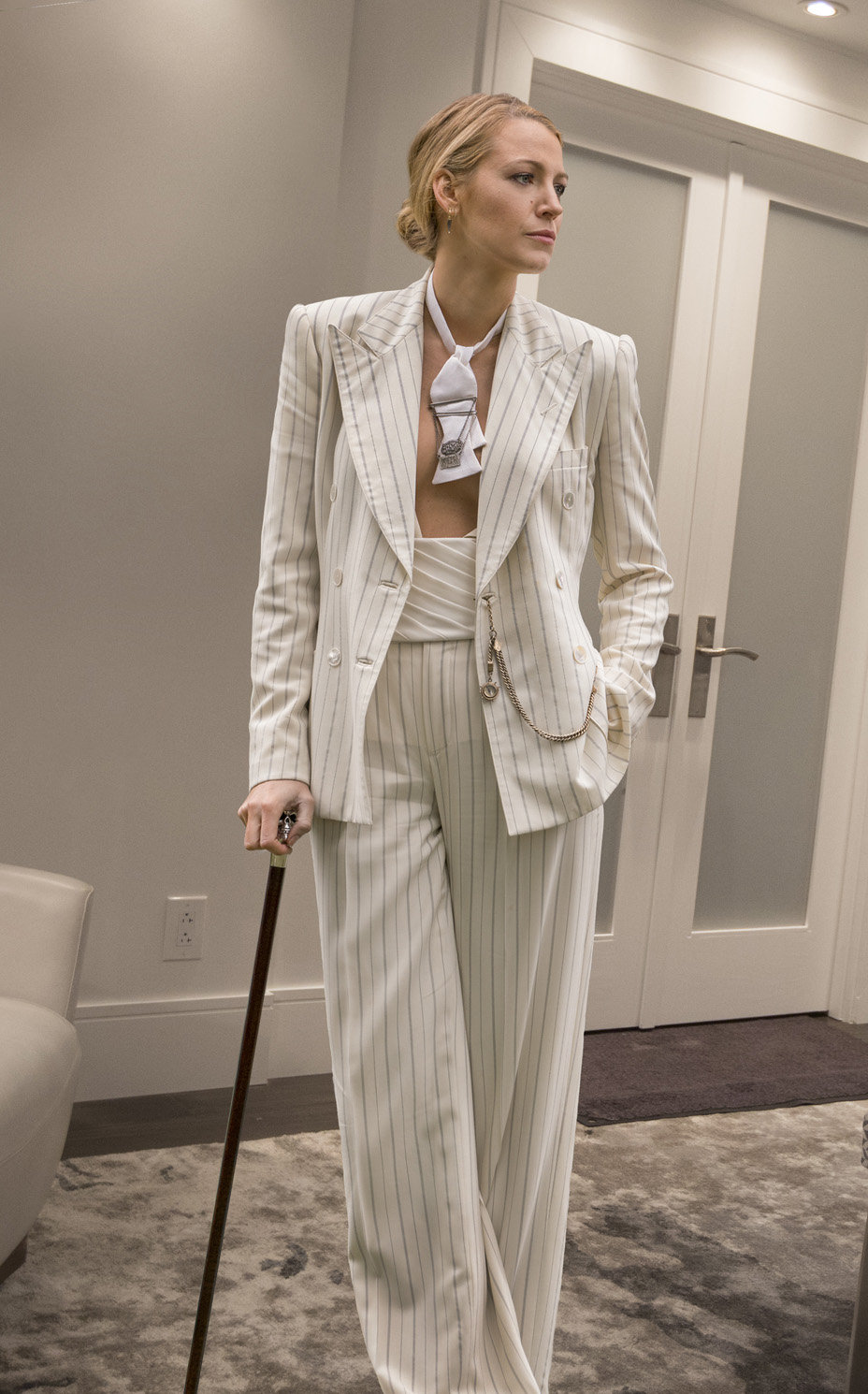 During one scene, Lively decided on the fly to carry Feig's own walking stick, which he carries every day on set. "She borrowed [it] that morning from Paul," Kalfus says. "She said, 'Paul, I really want a walking stick in this.' And he said, 'Well you can’t just take a walking stick, you have to learn how to walk with it.' It’s not easy, it can be awkward." So they had a lesson and added the opulent accessory (she also accessorizes with piercings, bowties and classic timepieces throughout the film).

The goal was to create a memorable onscreen look. In their research, the duo looked at famous gender-bending looks from Diane Keaton in Annie Hall to Katharine Hepburn. 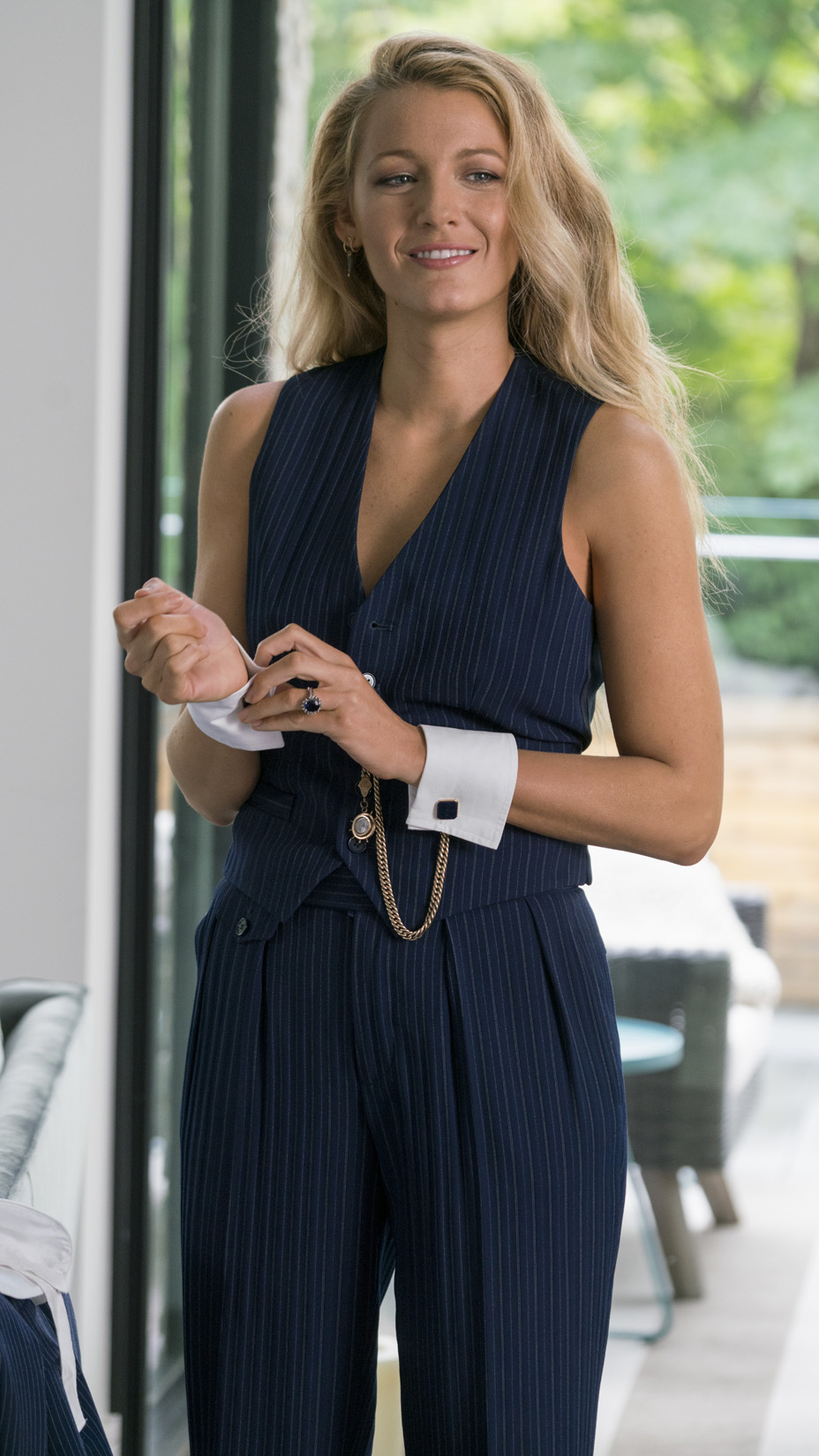 And all the key players were in agreement about Lively's menswear look, though Kalfus says she was doubtful at first about a park scene when Emily arrives to pick up her son while wearing a formal suit and gloves: "She wore it and she owned it, and that was kind of fabulous."

Did Blake Lively Delete Her Instagram History to Promote Her Latest Film?

"Suits are sexy," says Kalfus, who thinks it was "pure genius" for Lively to stay in character by wearing crisp suits offscreen for her press tour as well. "She was branding herself."

Lively even asked if there were any outfits left in the costume closet to wear, but ended up going with styles from several top houses, accentuated with Lorraine Schwartz gems (the same jeweler of her oval-cut diamond wedding ring). See the actress' press looks below.