Continue to The Hollywood Reporter SKIP AD
You will be redirected back to your article in seconds
Skip to main content
August 18, 2019 8:00am

For entertainment industry folks of means, private schooling to the tune of $40,000 a year can seem like a de rigueur choice. "My wife works in the film business and she's often in a room where no one except her sends their kids to public school," a Los Angeles teacher tells The Hollywood Reporter.

Even in the wake of the Operation Varsity Blues scandal, a number of education consultants say it's business as usual as Hollywood families keep kids on the private-school track, in hopes of procuring an elite college education (especially in the Ivy League, where acceptance rates run from 4.5 percent at Harvard to 10.6 percent at Cornell). Many industry parents also choose private because they want to send their kids to the same schools as families that they work and socialize with (or, in some cases, hope to work and socialize with).

But there may be a shift going on. Since March, when the federal college-bribery investigation broke, "parents have awakened to the legal and moral violations of manipulating their children's acceptance into college — and to the message to their kids that they're unable to get in on their own," says education consultant Betsy Brown Braun. And kids dependent on parents that snowplow away obstacles are not desirable college applicants.

"The scandal has impacted the landscape," says public school consultant Tanya Anton, publisher of the GoMamaGuide to L.A schools. "People wonder, 'Will we look better coming from a public high school?' " Adds Nathalie Kunin, education consultant and founder of tutoring service Team Tutors: "Lots of parents meeting with me now are exploring for the first time moving from private to public. Varsity Blues has gotten people thinking about authenticity.”

And colleges are ready to embrace them. "There's an opportunity to see what's special about the student who is not being spoon-fed like in a private school," says Kunin. "They see these kids as self-advocates, leaders and able to navigate for themselves." Producer Doug Segal puts it succinctly (his daughter graduated this year from Palisades High): "In a public school, you don't have your hand held." And as an interviewer from an Ivy League school recently told Kirsten Hanson-Press, a Collegewise counselor: " 'Where we're doing all of our recruitment is in South Central.' "

Not that public-school students from the Westside aren't welcome. But looking for a showbiz-adjacent school anywhere in Los Angeles Unified School District (LAUSD) can be daunting. The second-largest district in the country, LAUSD includes more than 1,000 schools, with nearly 300 charter schools and 292 magnet programs, in which slots are won via a priority-points system. And there are 79 other school districts dotting Los Angeles County, such as the sought-after Beverly Hills, Culver City and Santa Monica-Malibu districts.

Other downsides: the lack of college counseling (according to two national counseling associations, the student-to-counselor ratio is 482:1) and class sizes that can reach the mid-40s. California spends only $11,500 per pupil, putting it 22nd out of 50 states. "It's absurd that our state and local property taxes don't provide adequate resources for the kids," says ICM agent Brad Schenck, who has a son at Laurel Canyon's Wonderland Elementary. (This November, there will be a state ballot initiative to reform Proposition 13. Under the proposal, commercial and industrial properties would be assessed every three years, instead of only when they are sold, and could raise $11 billion a year in taxes. Opponents claim it will hamper economic growth and be logistically difficult for counties to administer.)

For The Hollywood Reporter's list of the best L.A. public high schools for Hollywood families, education consultants and dozens of industry parents — many of whom can afford to send their kids to private schools — provided input. Schools were selected according to track records of getting kids into elite colleges and also by proximity to most entertainment companies. That means that many great schools are left out which are located in the far west Valley (such as Westlake High, Calabasas High, Woodland Hills’ Taft Charter, Oak Park High, West Hills’ El Camino Real Charter); to the northeast (La Canada High, San Marino High, Crescent Valley High, South Pasadena High, Burbank High, Burbank’s Burroughs High) and the South Bay (Palos Verdes High, Redondo Union, Carson’s California Academy of Mathematics and Science, Torrance’s South High, Hawthorne Math and Science Academy, El Segundo High, Manhattan Beach’s Mira Costa High). Also not included, as the primary goal isn’t college prep, are the area’s top performing arts schools: L.A. County High School for the Arts, Renaissance Arts Academy, the Ramon C. Cortines School of Visual and Performing Arts, and CHAMPS Charter High School for the Arts. This list also leaves out a number of LAUSD’s big comprehensive high schools, many that have great magnet programs but most of which are still improving, places like Venice High (which is undergoing an $111 million renovation), University High, Fairfax High, Franklin High and Hamilton High (which has a strong performing arts program).

One school to watch out for is the impressive Science Academy STEM Magnet in North Hollywood. For two years running, it had the highest scores in the entire state for grades 6 to 8 in English, math and English/math combined. But it has yet to graduate a senior class and is just adding a 10th-grade class this year.

“We have more choices here in L.A. Unified probably than anywhere else in the country,” says Anton, “from specialized academies and magnets to charters and neighborhood schools — it’s really about finding the right fit.” Adds Ivywise CEO Kat Cohen, “Every student can be competitive in the admissions process if they know what they are looking for and aren’t afraid to take full advantage of their school’s resources.” 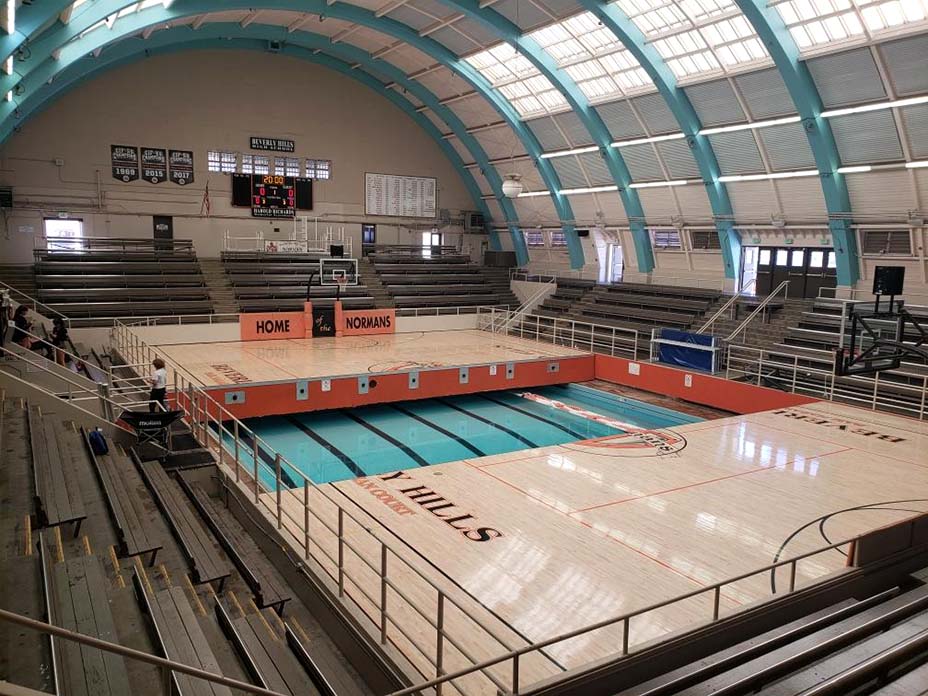