Taylor Swift "Would Love" to Direct a Feature Film

Before shooting a single frame of 20th Century Women, before even sitting down with its cast for a first table read of the script, Mike Mills hosted a little dance party. The 50-year-old writer-director personally selected individual tunes for each of the actors — from the Talking Heads, Cole Porter, Black Flag and Lou Rawls — then asked co-stars Annette Bening, Billy Crudup, Greta Gerwig, Elle Fanning and Lucas Jade Zumann to gyrate and hustle together the morning they first met on the set for rehearsals. “Everyone got their moment,” recalls Fanning, who danced to “Rhiannon” by Fleetwood Mac. “When it was your song, you went into the circle. Mike was like, ‘You have to dance!'”

Set in Santa Barbara during the summer of 1979, the $7 million Women, which saw a strong $213,681 opening over New Year’s weekend, stars Bening (who received a Golden Globe nomination for her performance) as Dorothea Fields, a chain-smoking, Birkenstock-wearing single mother raising her rebellious 14-year-old son, Jamie (Zumann), in a crumbling Victorian mansion. To make ends meet, the 50-something draftswoman rents rooms to two boarders: Abbie (Gerwig), a fine arts photographer with magenta-dyed hair, and a hippie handyman named William (Crudup). Fanning plays Julie, the 16-year-old neighborhood wild child who climbs into Jamie’s window every night for a cuddle (but nothing else) and teaches him indelible lessons about feminine mystique.

Like Mills’ other movies — his last was Beginners (2010), a screwball dramedy inspired by his father’s late-in-life decision to come out of the closet, which won a best supporting actor Oscar, Golden Globe and SAG Award for Christopher Plummer — 20th Century Women is highly autobiographical. This time, though, Mills is focusing his attention on his late mother, who died of cancer in 1999. “She was such an interesting, strange character,” Mills says of his mom. “She was born in the Depression-era 1920s. During World War II, she wanted to be a pilot. [I saw her] as a combination of Amelia Earhart and Humphrey Bogart. And she was raising me, this punk rock skateboarder kid, in the 1970s.”

Mills started thinking about making a movie about his mother while on a 2011 press tour promoting Beginners, but he wasn’t sure if he should continue mining his own autobiography for material. Those doubts disappeared after Beginners became a critical hit, with Christopher Plummer winning a best supporting actor Oscar for his performance as the elderly gay father. “I learned to trust that [filming] personal material about people whom you love isn’t selfish,” says Mills. “And I learned to write it in this emotional, slightly anthropological way. Because I want to make personal movies, but for other people to watch. I’m not trying to do any therapy or make a memoir.”

He spent three years toiling on the script, bringing in producer Anne Carey — who also worked on Mills’ debut feature, 2005’s Thumbsucker — to help think it through. “He wanted to make a movie about the women who helped raise him without it being a coming-of-age movie about a boy,” Carey says when describing the early development of the story. “A lot of the work we did was circling back to make sure this was Dorothea’s movie, not Jamie’s.”

Once the screenplay was in shooting shape, Mills approached his friend Spike Jonze and asked him for an introduction to Megan Ellison, the Oracle heiress turned Hollywood power player known for bankrolling such director-driven films as American Hustle, Spring Breakers and Zero Dark Thirty. In January 2015, Ellison’s Annapurna came on board to finance 20th Century Women. “It’s like getting a Rockefeller grant or something,” says Mills. “They really give you this idea that if you follow your vision and if you take risks, something great can happen.” 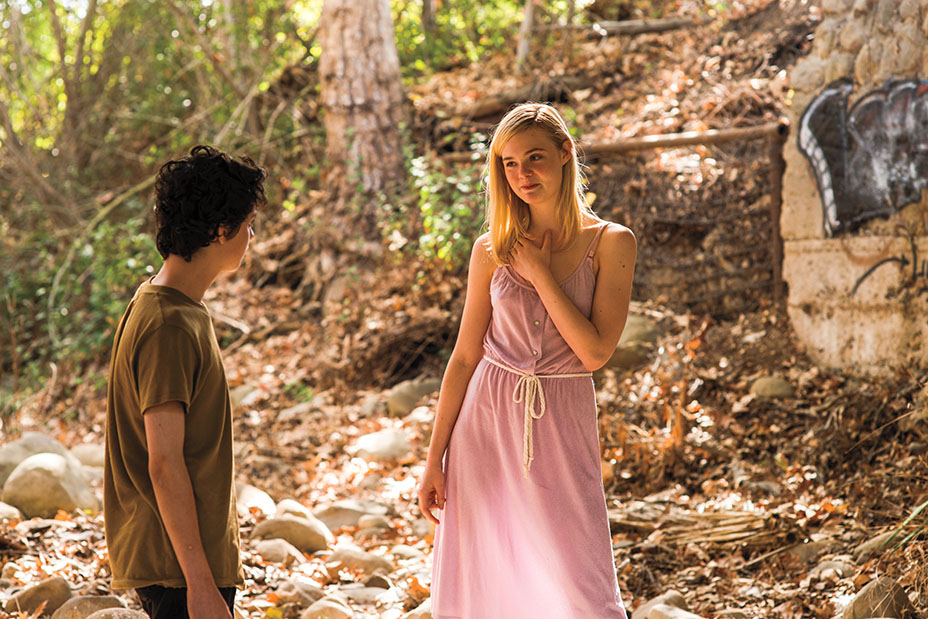 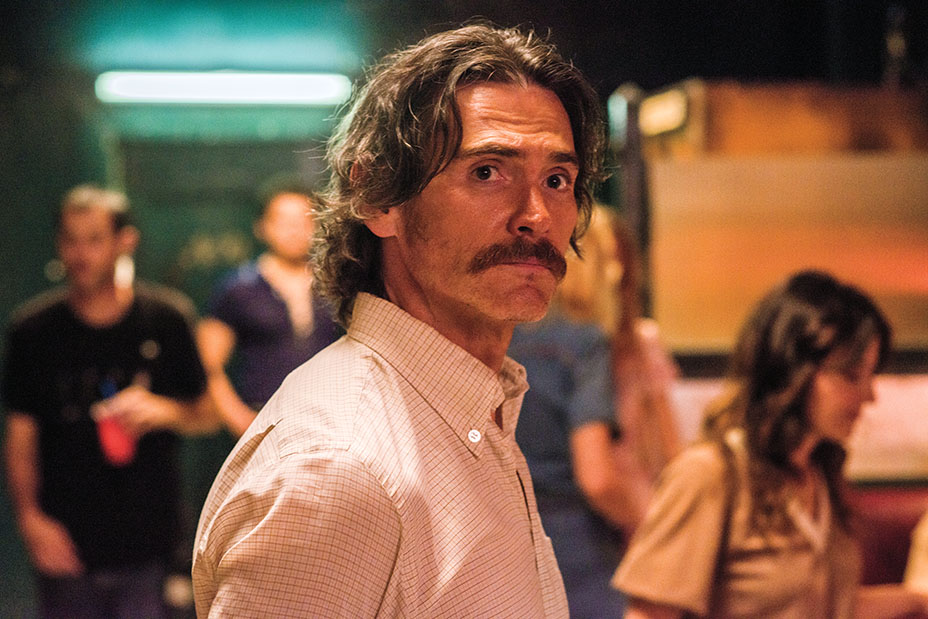 Not surprisingly, casting an actress to play his own mother proved to be challenging. “It’s a decision you make with your sternum more than your head,” he says. Bening, who grew up in Southern California, seemed a natural choice, but initially greeted the role with ambivalence. “I didn’t connect with her immediately,” she admits. “I thought, ‘Gosh, this could go in so many different ways.’ The way she was written was so un-categorizable.” But over a long, wine-filled dinner in December 2014, the director and actress clicked. “The thing that cued me in was Annette’s really pointed questions,” says Mills. “She was bringing all her experience as a middle-aged woman and a mother to my script and going all upriver on it.”

In the six months before principal photography, Mills plied Bening with character aids including family photographs, jewelry (Bening wears his mother’s bracelet onscreen) and cultural touchstones he hoped would inform her performance. “He gave me movies to watch, Stage Door and Humphrey Bogart movies. I talked to his sister, who’s an astrological reader. And Mike and I talked about his mom a lot. Endlessly. We’re still talking about his mom,” she says with a laugh. Fanning’s homework for her role involved reading the 1978 psycho-spirituality best-seller The Road Less Traveled and highlighting the passages her character would have found most fascinating. Crudup’s preparation to play the sweet-natured burnout handyman entailed learning pottery, repairing vintage Volkswagen Bugs and apprenticing with a building contractor. 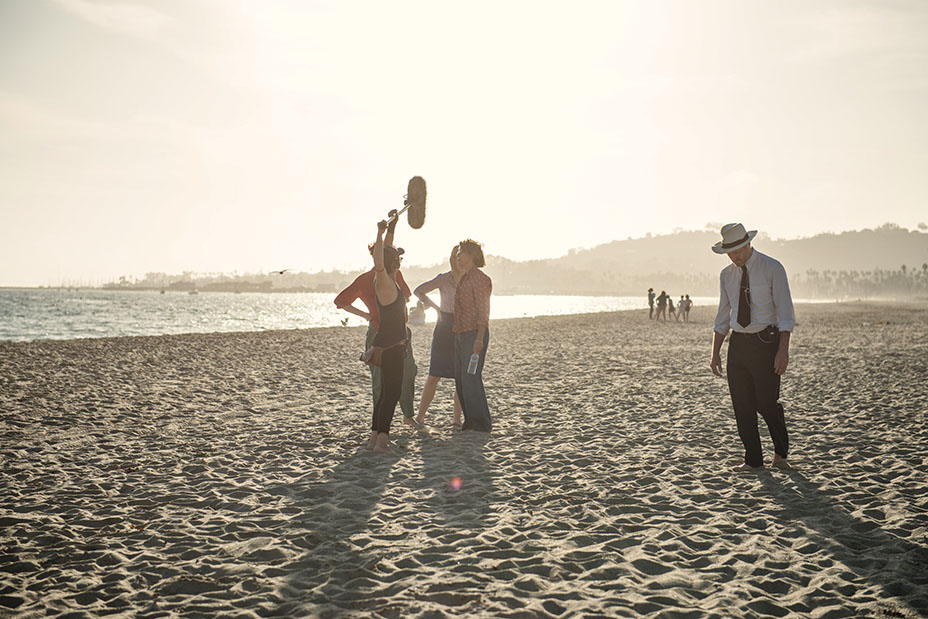 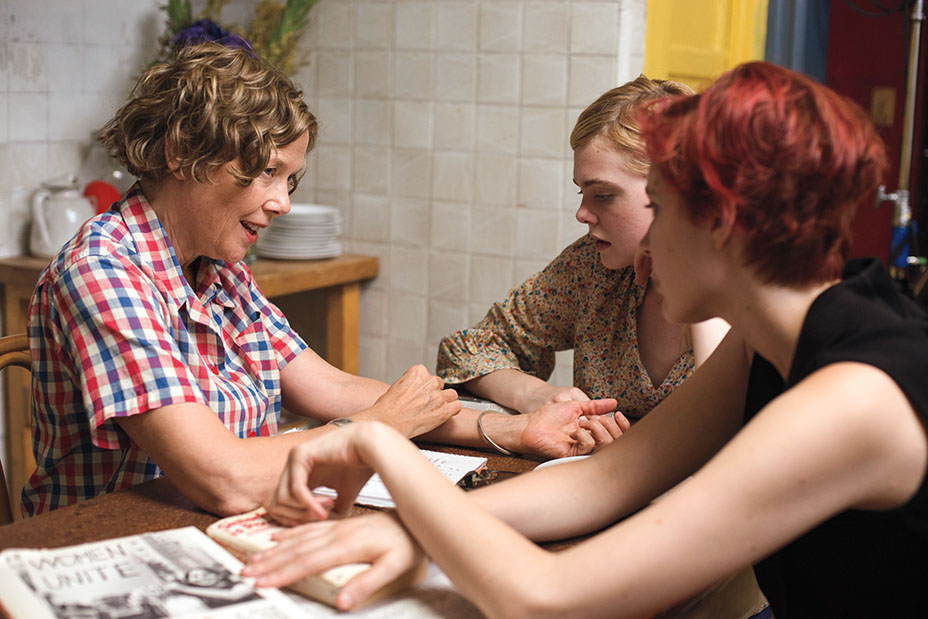 For weeks before filming commenced in September 2015 — at an immense home in L.A.’s West Adams district that Mills had filled with his mom’s furniture, including bedspreads — the cast spent hours improvising in pairs and as a group, developing a lived-in rapport among their characters. “Mike is very invested in rehearsal,” says Gerwig. “I’ve heard him say it’s his favorite part of the process.” Then Mills took them all on a character-building road trip to Santa Barbara for a tour of his childhood haunts. “Santa Barbara has this honeyed, oppressively mellow quality,” he says. “You can’t just read about it; you’ve got to feel it.”

The character development didn’t stop once cameras started rolling. Bening estimates about 20 percent of what made the final cut was improvised (“When Billy says, ‘You don’t just make love to the vagina, you have to make love to the whole woman,’ that was spontaneous!”). Cinematographer Sean Porter set down thousands of feet of camera track around the old Victorian mansion and shot the film with subtle, Fellini-inspired movements. “In every scene, we’re pushing in or pulling out or contextualizing a moment,” he explains. “There’s a close-up of Annette smoking. And you’re pulling back and you realize she’s alone in this big house. But you pull back more and realize it’s actually full of people.”

During the shoot, Mills maintained a mellow vibe by hiring live musicians, including a cellist and French horn player, to perform for the crew. Early on, he even brought a Buddhist monk to the set to bless the production. “It reminds people how lucky we are to be making these movies,” he says. “It made it feel kind of magical. I try to enchant the set because, after all, a film is a very long magic trick.” 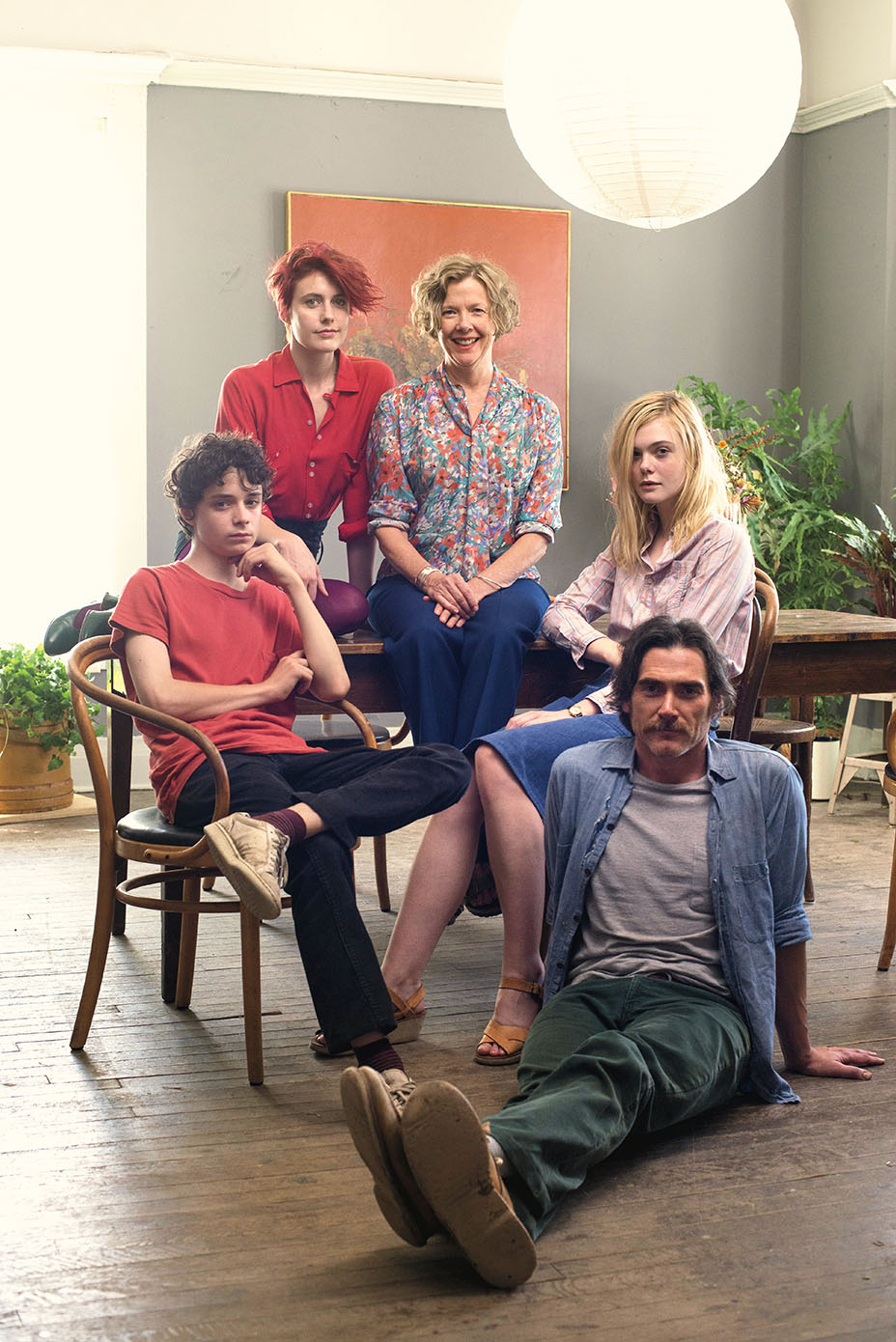 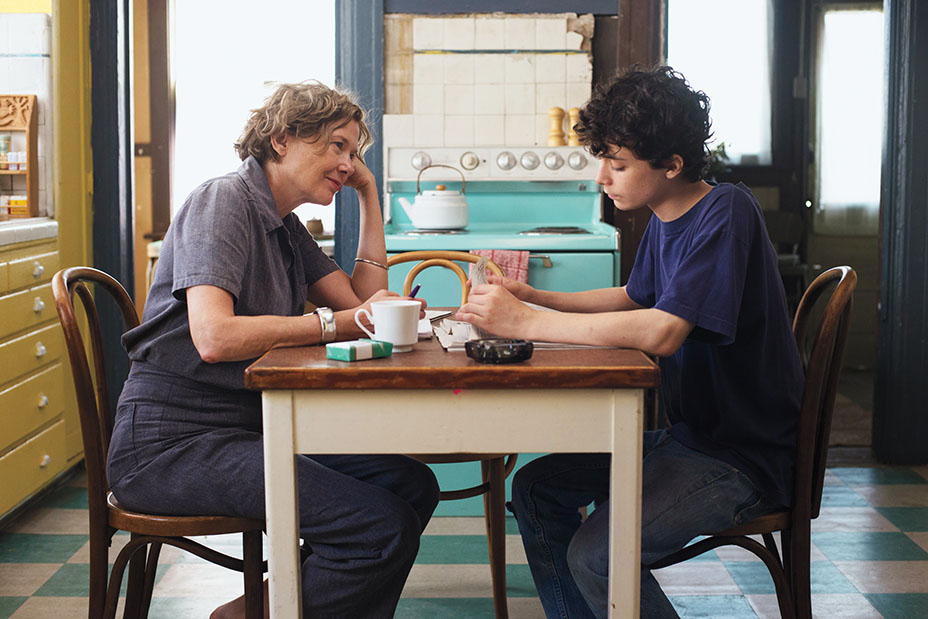