This summer is going to be a big one for the creative pair of Ed Brubaker and Sean Phillips, whose two hardcover releases a month apart demonstrate their critically acclaimed ability to make crime comics unlike anyone else.

July will see the release of Pulp, the duo’s new tribute to pulp fiction set in the heyday of the genre, with Cruel Summer to follow in August. Set in the 1930s, Pulp centers on Max Winters, a pulp writer who ends up living a story that’s not unlike one he could have written himself, including Nazi spies, bank robbers and his own past coming back to haunt him. The 72-page book follows 2018’s My Heroes Have Always Been Junkies as Brubaker and Phillips’ second project to go directly to hardcover format without earlier serialization.

Cruel Summer, meanwhile, follows last year’s Bad Weekend as a reworking of previously published material into a stand-alone graphic novel. Collecting a storyline from the Criminal series, it’s another period piece — this time taking place in 1988 — as one career criminal prepares for the job of his life, even as he worries that his son is going to follow in his footsteps.

“Pulp is different than a lot of what we’ve done before,” Brubaker explained in an exclusive statement to The Hollywood Reporter. “It started as an idea for a Western graphic novel, but as I worked on it, it morphed into something else — a story of an old Wild West outlaw at the end of his life, in Depression-era NYC, churning out pulp story versions of his old crimes, as the world rushes toward World War Two. It’s kind of like, what if you intended to die young in a blaze of glory, but somehow you didn’t? That’s what Pulp is about.”

By comparison, Brubaker continued, Cruel Summer is “the book that Sean Phillips and I have been building towards since we started Criminal [the series the two have been collaborating on since 2006]. A multigenerational tale, where the crimes of a band of thieves and their teenage children collide in the summer of 1988. This is a story that kept getting bigger and bigger until the only way I could put my arms around it was to show it from different points of view. So part of the reading experience is seeing where the characters stories overlap, as they head towards the end of that summer.”

The bulk of the material in the book originally appeared in a different form in Nos. 1, 5-12 of the current volume of Criminal, but this isn’t just a simple reprint collection. “Since this book ended up being so long we decided to collect the entire thing in its own 300-page deluxe edition hardback, with behind the scenes extras and unseen art,” Brubaker said.

Phillips — who has worked with Brubaker regularly since 2003’s Sleeper from DC — added, “Hats, horses, wrestling! Just three of the difficult things I had to draw in Pulp and Cruel Summer. Check out the new hardcovers to see how I did…” 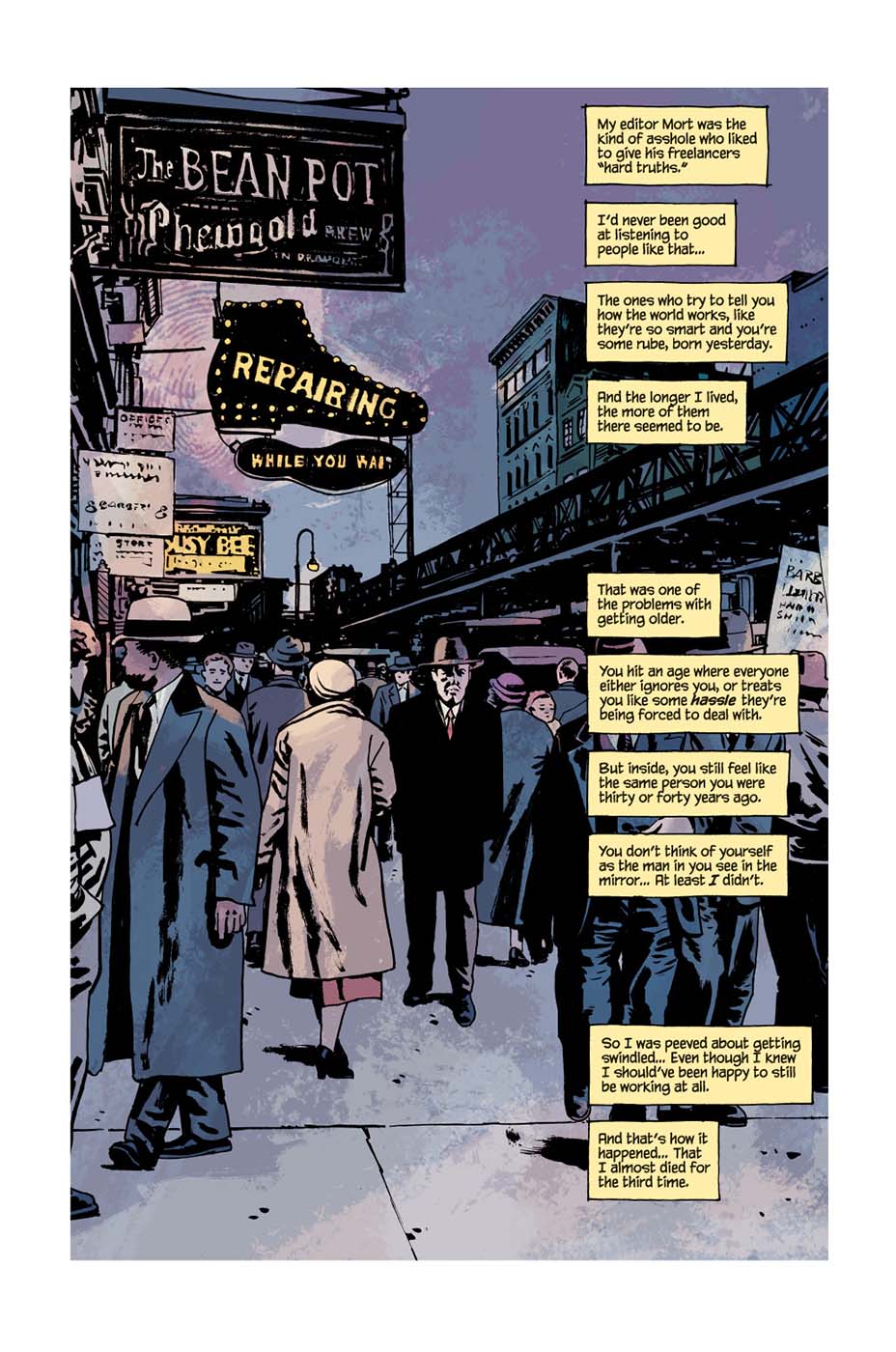 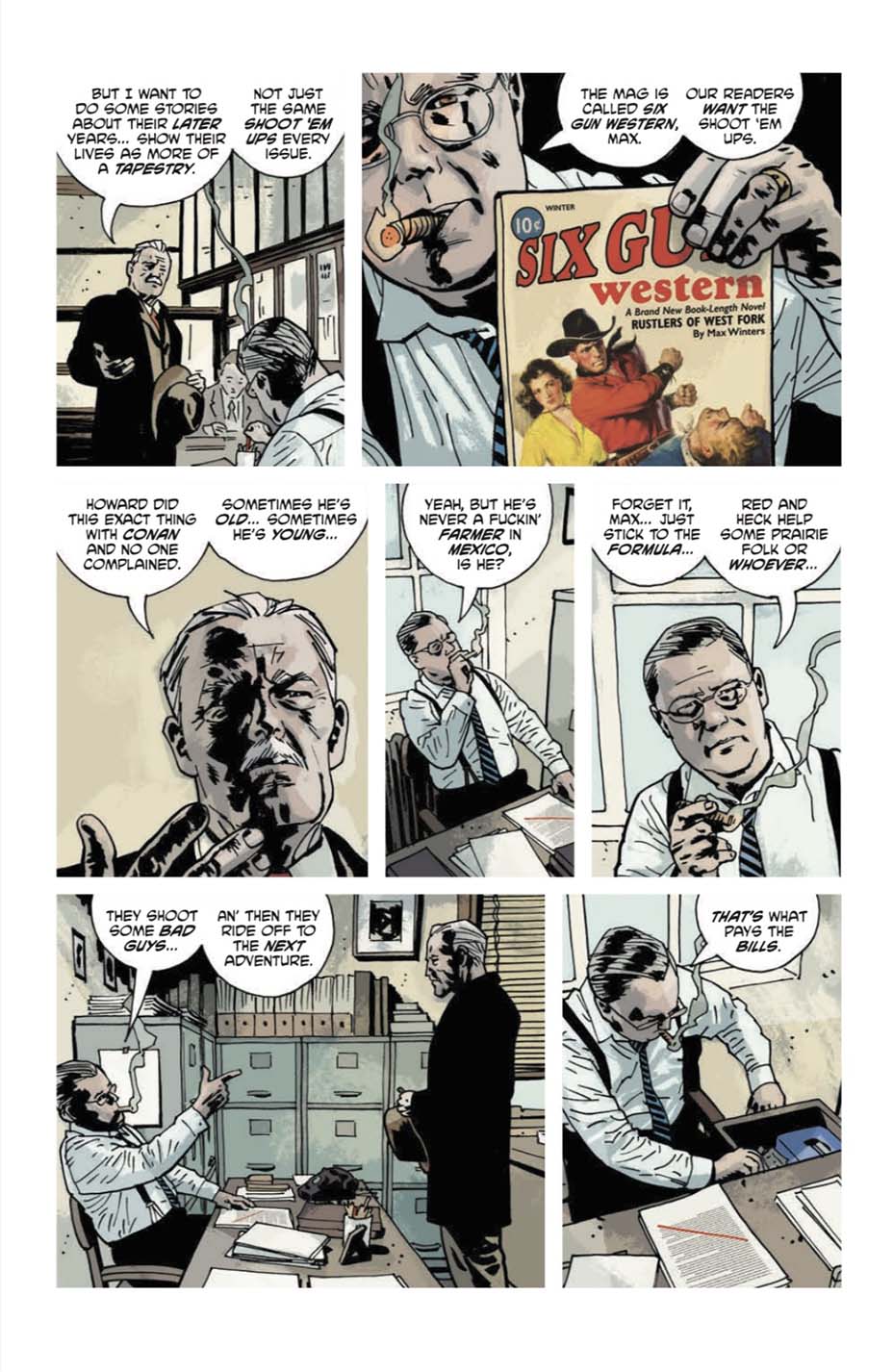 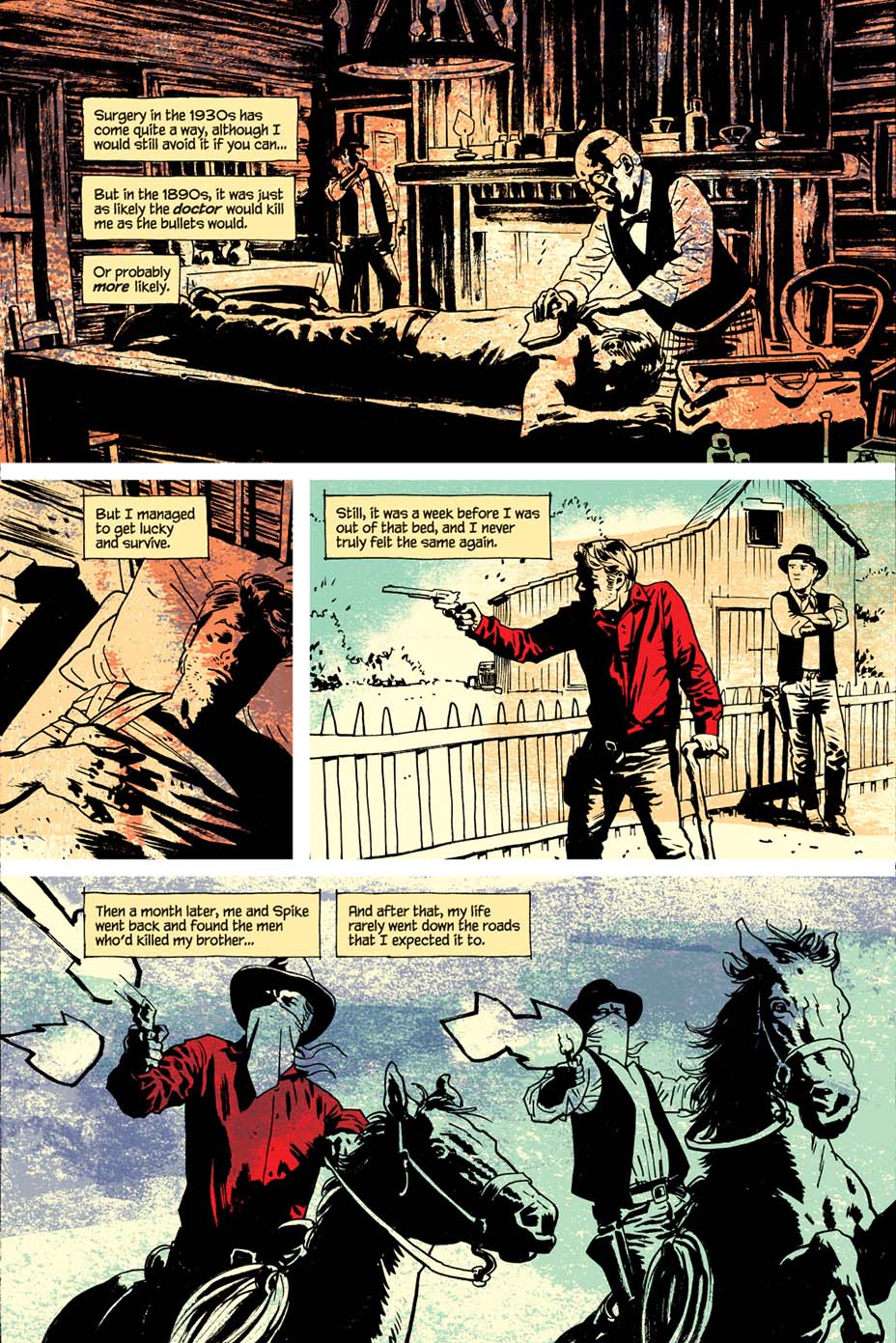