In July 2017, less than six months after Moonlight won the best picture Oscar, writer-director Barry Jenkins, financier-distributor Annapurna (where Jenkins’ company Pastel has a two-year deal) and production company Plan B all announced they were joining forces on Jenkins’ next film, an adaptation of James Baldwin’s 1974 novel If Beale Street Could Talk. By October, the $12 million project was filming on the streets of Harlem. Less than a year later, it debuted to enthusiastic applause at the Toronto Film Festival before receiving an even more rapturous reception several weeks later at Harlem’s historic Apollo Theater, where it screened as part of the New York Film Festival in advance of its Dec. 14 opening.

Sounds like it couldn’t have been an easier, more streamlined path to awards season. But this 1970s-set adaptation of Baldwin’s story about a young African-American couple — 19-year-old Tish and 22-year-old Fonny, who are on the verge of marriage and a baby when Fonny is suddenly and falsely accused of rape — had actually been gestating for years, ever since Jenkins discovered the novel on which it’s based. “It just really moved me,” he recalls of that first read around 2000. “I hadn’t read or seen much about young black people with this kind of love — so pure, so lush. They are quite literally soul mates in a very concrete way, all paired with a very real and grounded consideration of black folks in America.” 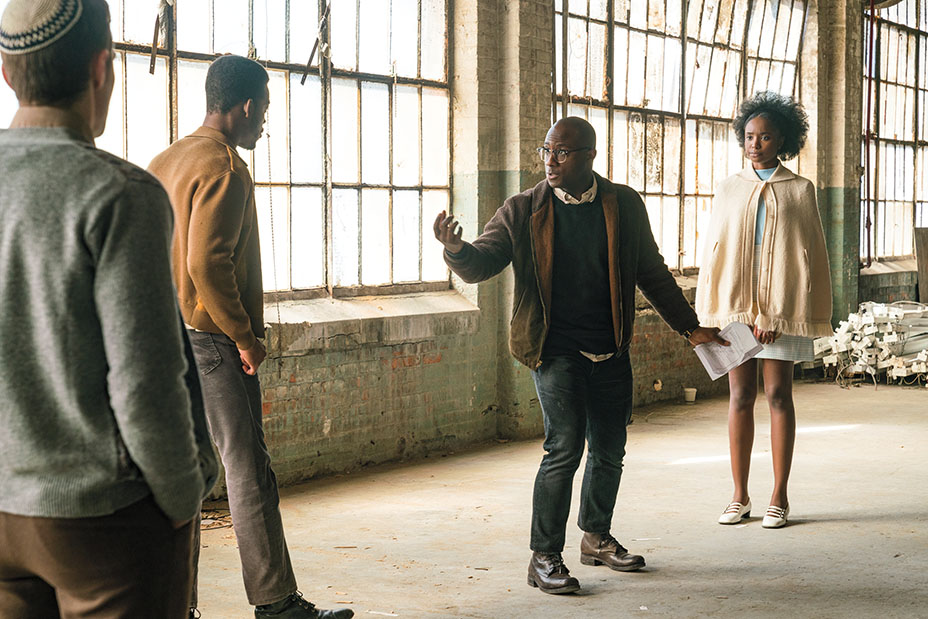 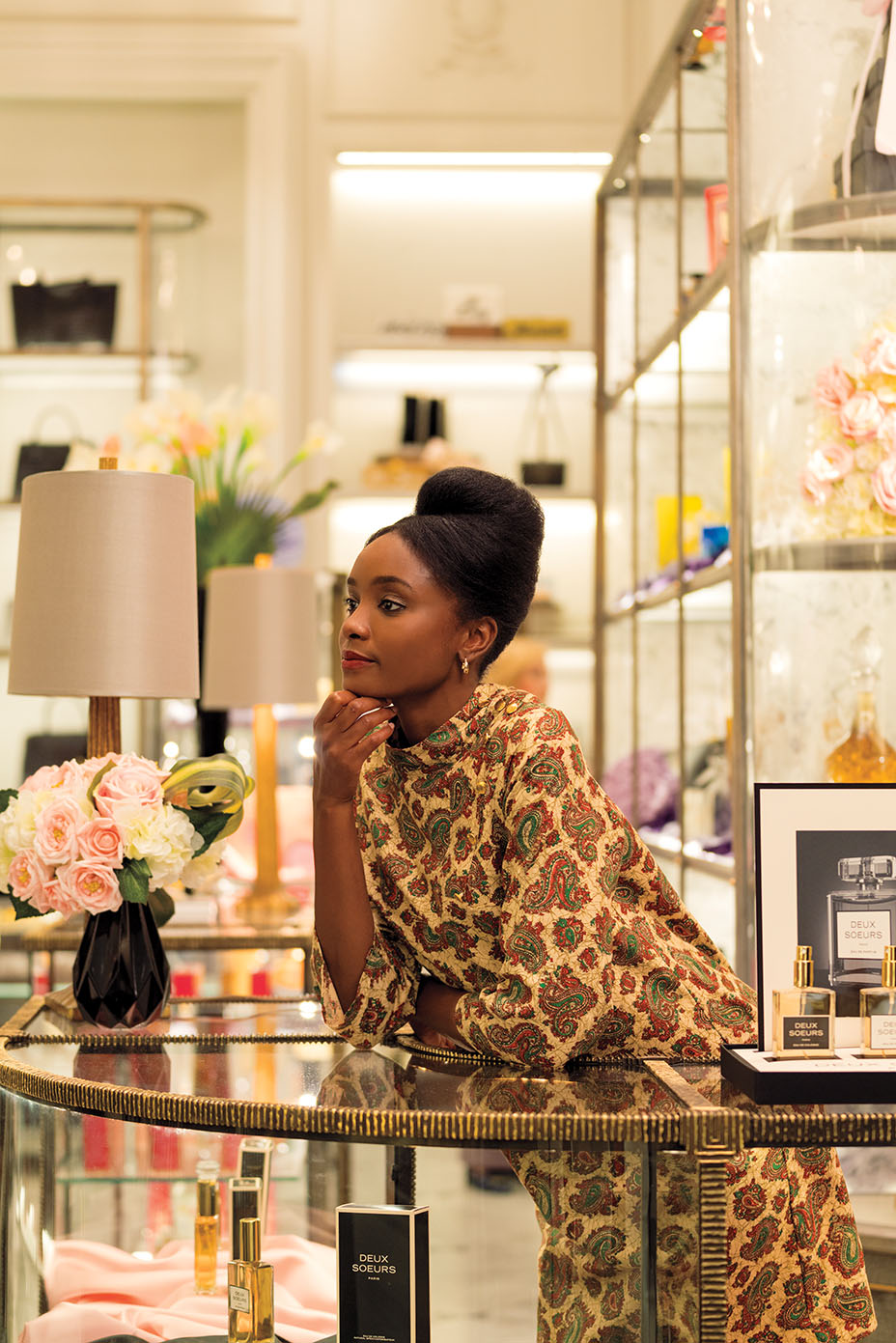 Despite the success of Moonlight, which grossed more than $65 million worldwide, bringing Beale Street to the screen would involve some daring leaps of faith. To begin with, Jenkins wrote the screenplay — while on that same summer 2013 visit to Europe during which he wrote Moonlight — without knowing whether Baldwin’s very protective estate would approve a film version. And when it did, he then decided to gamble with the film’s casting, entrusting its central role of Tish not to an established star but to a total newcomer, KiKi Layne, 26, a graduate of The Theatre School at DePaul University, making her film debut.

With photography just weeks away, the production encountered its biggest hurdle when a sequence that was to have filmed in Puerto Rico — which Tish’s mother (played by Regina King) visits in a desperate effort to prove her future son-in-law’s innocence — had to be relocated to the Dominican Republic after Hurricane Maria. “We had to decide what was the right thing to do in the aftermath of the hurricane — go and infuse what we could back into the local economy or was it a time to step back,” says Jenkins’ producing partner Adele Romanski. “But we were able to hire a lot of the crew we’d pinpointed in Puerto Rico and bring them to the Dominican Republic.”

For the main shoot, there never was any question that Beale Street would have to film in Harlem and not some less expensive, easier stand-in city like Toronto. “I felt a responsibility to have a movie that had both the energy of Baldwin and his text as much as possible,” explains Jenkins. “Going somewhere and representing Harlem without it actually being Harlem felt false, the wrong thing spiritually. And from the crafts standpoint, I think it would have been to the detriment of the film as well.” 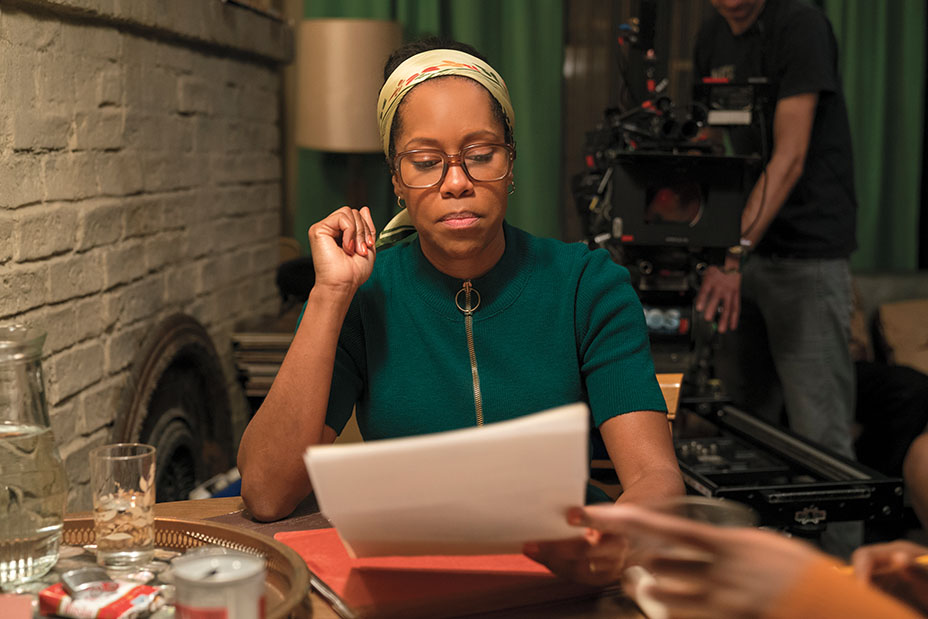 Baldwin’s novel not only dictated the filming location — it became almost a sacred text that the filmmakers, cast and crew alike frequently consulted. Says Layne, “I always had the book with me every day on the set.”

Since Tish is the novel’s first-person narrator, Jenkins decided from the start that he would sprinkle her voiceover throughout the film, even though filmmakers often are warned that narration can be a crutch. Tish’s voice, though, often slips into Baldwin’s own as she speaks in prose drawn from the novel, with her reciting actual text from the novel. “I didn’t see a need to create a distinction between Baldwin’s voice and Tish’s voice,” Jenkins says of his approach to writing the narration. “It is a voice that’s a bit elevated. It’s a memory, filtered through her consciousness.” 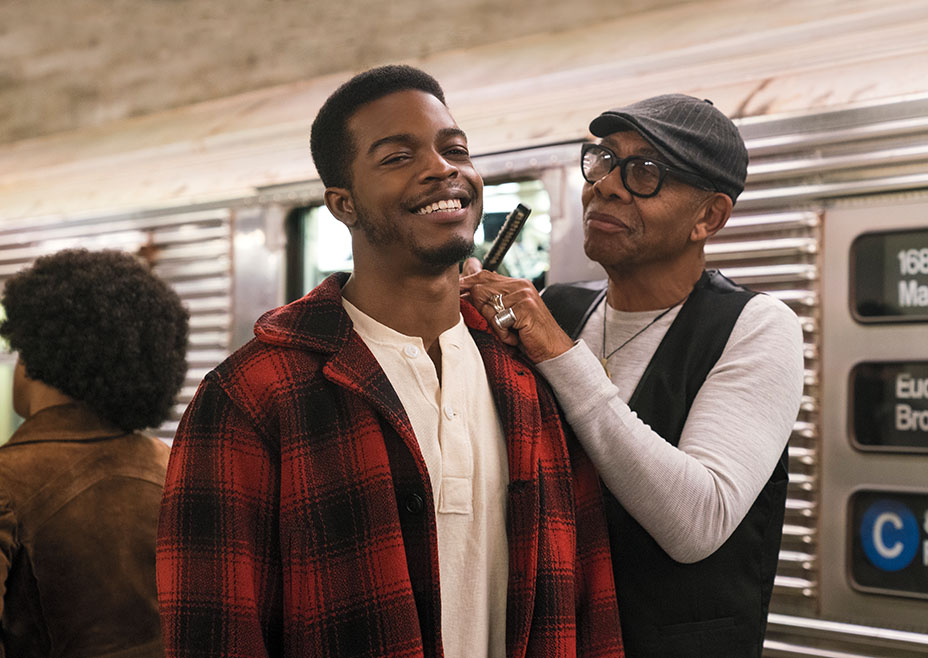 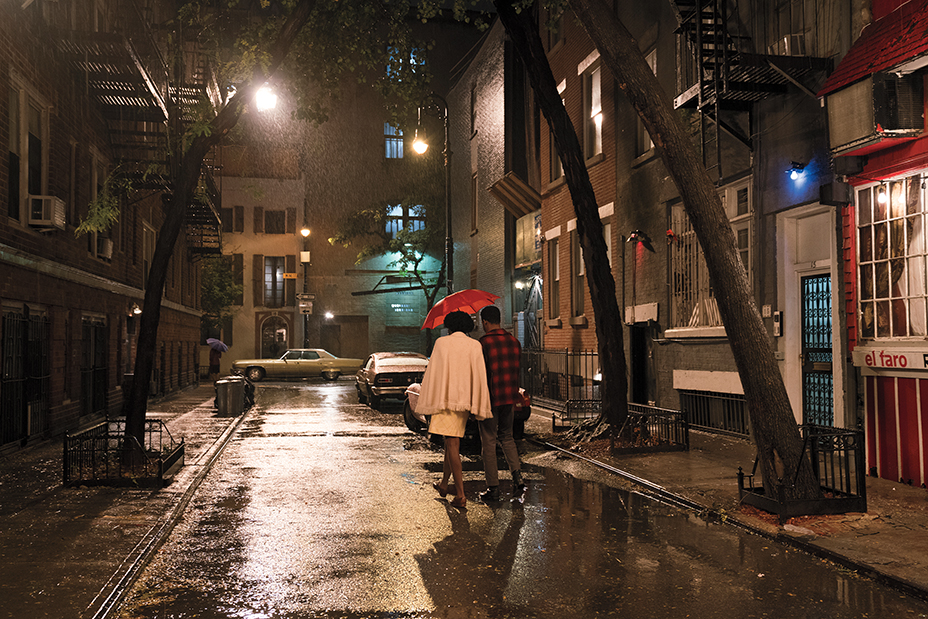 Stephan James, the young Canadian actor playing Fonny — he starred as Jesse Owens in 2016’s Race — was struck by how much the nearly 45-year-old novel still resonates today. “You look at Fonny, and you look at issues of mass incarceration and false imprisonment in this country,” he says. “A lot of my performance takes place behind prison glass, and that adds a whole element and makes it real.”

However, even as the film registers as social protest, the filmmakers strove to keep its several love stories — the love between Tish and Fonny, and the love of their surrounding families — at the forefront. Says King, whose character embodies maternal love, “I don’t have a daughter, I have a son, so I had the opportunity here to be a mother to daughters and to infuse some of those things that are special to me about the relationship between my mother and myself.”

The film’s emotional themes also determined cinematographer James Laxton’s palette. “The way we see these characters is through the lens of love,” he says. “And when I think of love, I think of romance, and when I think of romance, I think of colors that are warm and saturated” — which is one reason why the movie opens with the couple walking through a park infused with golden autumn colors. Similarly, composer Nicholas Britell explains that his initial work on the score relied on lots of brass — trumpet, flugelhorn, French horn, cornet — “but after the film was shot, it felt like it was missing something,” he recalls. “And what we discovered was that it was missing strings, because for us the strings in the film really came to represent the feeling of love.” 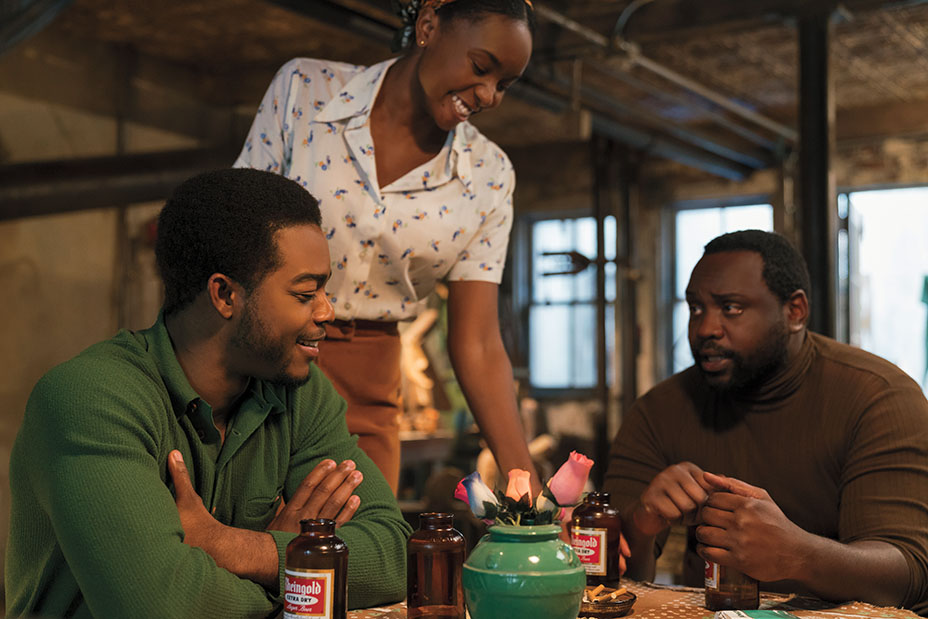 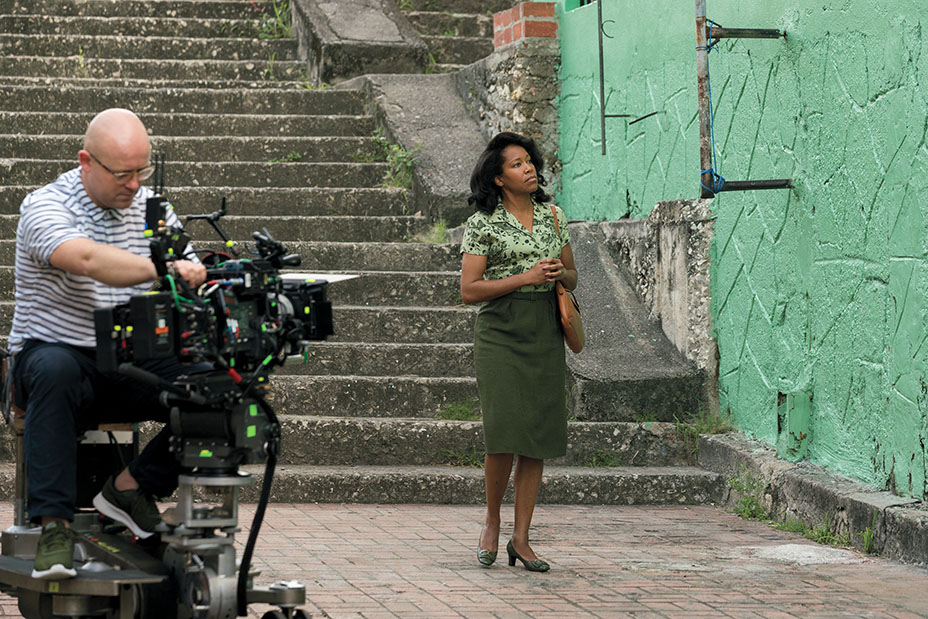