In 1996, Tom Cruise chose to accept his first mission.

Since then, the Mission: Impossible series has grossed $2.7 billion worldwide and has become known as one of the most ambitious action franchises around. Part of the series’ draw has been Cruise’s insistence on performing his own stunts, as well as the way each mission rarely requires knowledge about the previous installments. But reviews for Mission: Impossible – Fallout have revealed that there are more connective threads and callbacks to the other films than in any of the previous five movies. Here is a quick synopsis of what’s happened so far in Ethan Hunt’s Mission: Impossible life in case you need a refresher course on the plot.

Cruise introduces the world to Ethan Hunt, a young hotshot agent in the IMF (Impossible Missions Force) a fictional U.S. government agency designed to carry out classified missions by a team of highly trained operatives. Hunt’s entire team is wiped out during a routine mission. The deaths seemingly include Hunt’s mentor, Jim Phelps (Jon Voight), but when the dust settles, the leader of his agency suspect Hunt was the culprit, and he is left on his own to avenge his team and clear his name, with help from series mainstay Luther Stickell (Ving Rhames) and after conning arms dealer Max (Vanessa Redgrave). Eventually, Hunt discovers Phelps staged his own death, set up his protege to take the fall, and was going to retire after stealing classified documents he planned to sell to the highest bidder. Hunt is able to kill Phelps, recover the list of classified agents, and clear his name in the process. 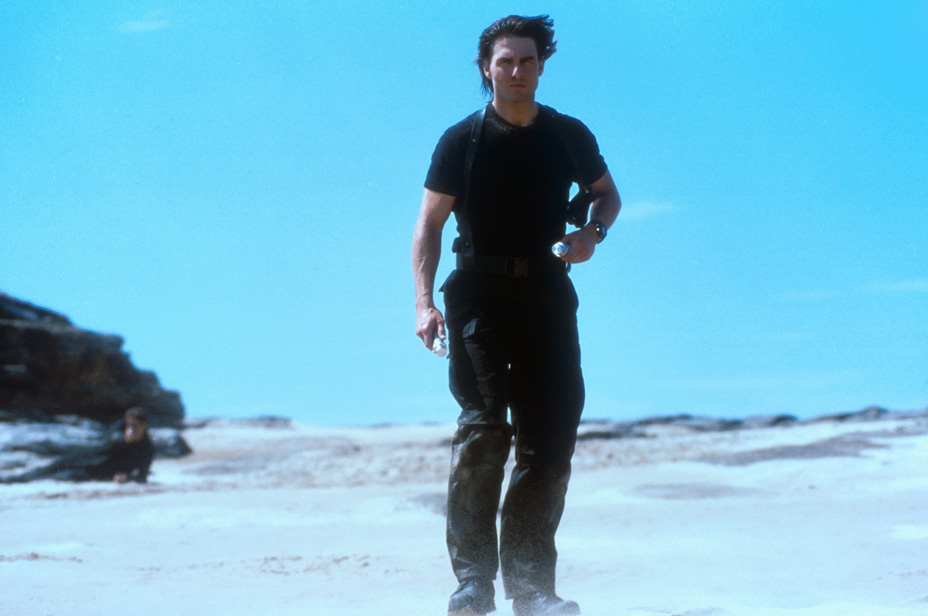 Hunt is a one man show, traveling the world until called upon by the IMF. Hunt is tasked with retrieving a bio-engineered super virus from being released by international terrorist Sean Ambrose (Dougray Scott, who missed out on playing Wolverine in the X-Men films because of this movie). This virus is capable on wiping out a huge portion of the world population, and Ambrose has massive stock in the company that produces the antidote, with the bad guy expecting the stock to soar after the virus is released. Hunt eventually defeats Ambrose, who decides to die rather than be captured. The film also establishes Hunt as an avid rock climber, which stays important for the rest of the series 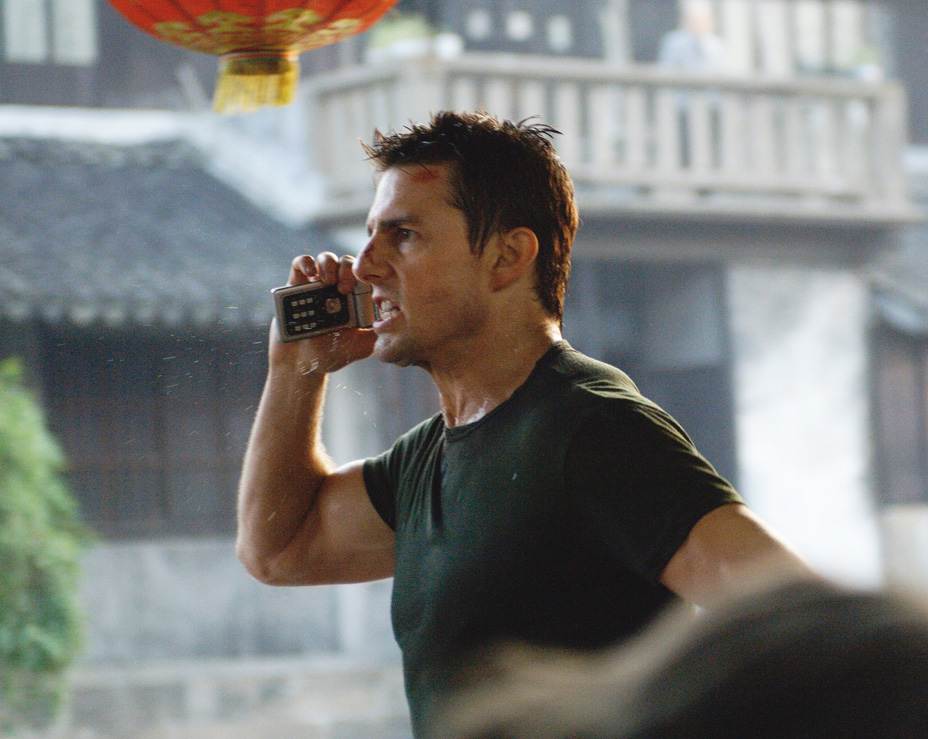 Hunt has left the IMF as a tactical agent, and instead trains and mentors young recruits. He’s also engaged to Julia Meade (Michelle Monaghan), and is attempting to live a normal life. After one of his best pupils, Lindsey Farris (Keri Russell) is captured, Hunt agrees to join a mission to help rescue her, and keeps it a secret from his fiancee. Farris is killed in the botched rescue attempt, and Hunt then vows revenge on the person responsible, black market dealer Owen Davian (Philip Seymour Hoffman). After hatching an elaborate plan to capture Davian, Hunt and his team are ambushed soon after and Davian escapes. Eventually Meade is captured and Hunt desperately tries to rescue her, killing Davian, and uncovering a pro-Davian plot in the IMF. Hunt and Meade are left to live happily ever after, or so we think. 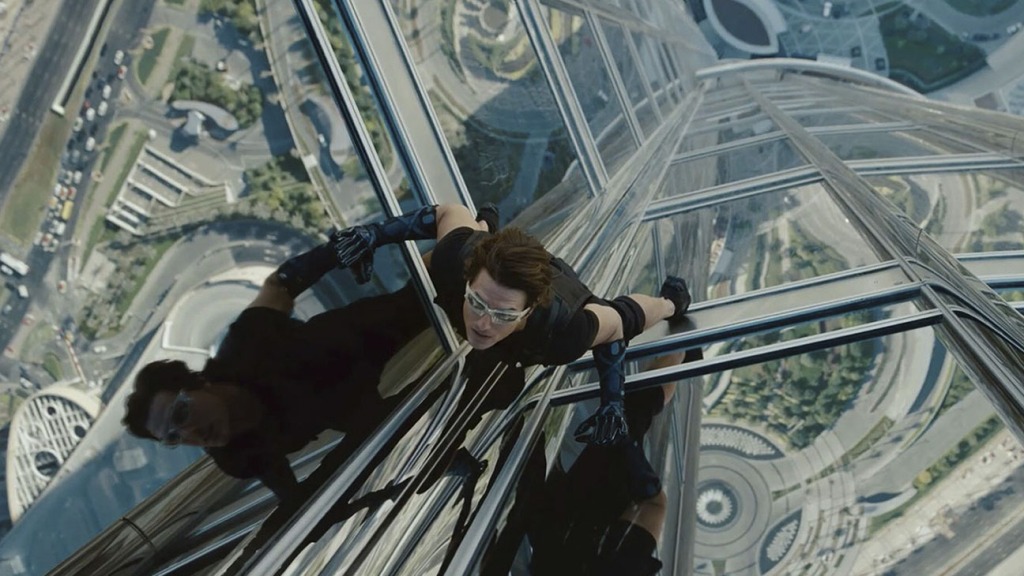 In the intervening years, Hunt has realized that Meade will never be safe, so he fakes her death, and commits his life to the IMF. Hunt is tasked early on with breaking into the Kremlin in Russia, and retrieving information about an arms dealer, Kurt Hendricks (Michael Nyqvist), bent on obtaining a nuclear weapon. After Hunt escapes, the Kremlin is blown up, and Hunt and the U.S. government are blamed for the attack. The U.S. is forced to dissolve the IMF under international pressure, and Hunt is forced into hiding while he tracks down Hendricks, who continues to get closer to accessing a nuclear bomb. After a long-fought battle, Hunt is able to stop Hendricks seconds before he sets a nuke off in San Francisco. The IMF and U.S. are cleared of any wrongdoing, and the IMF is restored. Hunt begins to follow a lead on a international crime organization called the Syndicate. 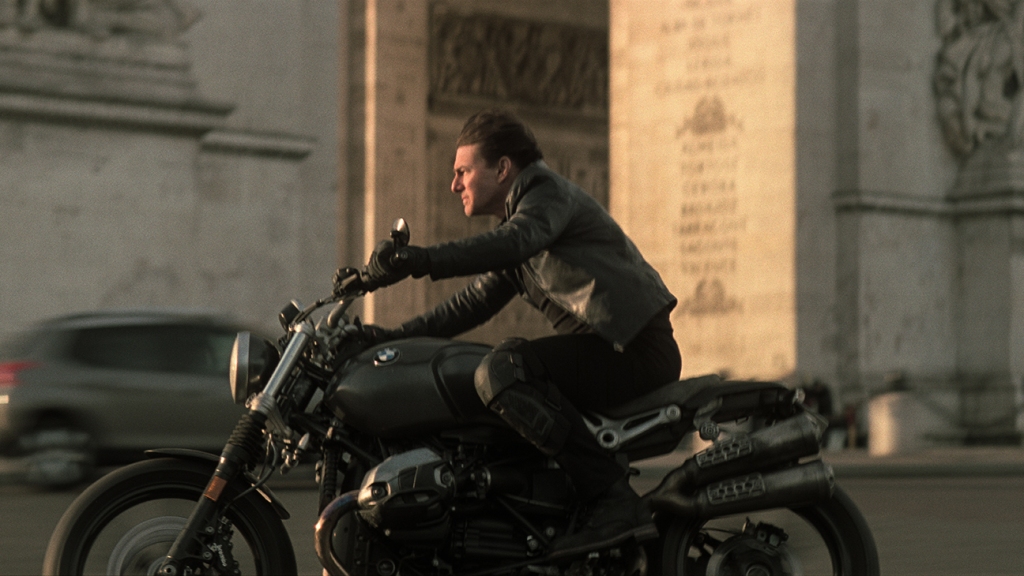 Early in the film, Hunt is sent on a mission from what he thinks is the IMF, only to find out it’s a message from the Syndicate. Hunt has to sit back and watch as the Syndicate leader, Solomon Lane (Sean Harris) kills a young agent in front of him. Hunt is left unconscious and is captured. Hunt is eventually freed by a mysterious Syndicate member, Ilsa Faust (Rebecca Ferguson), whom he later discovers is an undercover MI6 agent tasked with bringing the Syndicate down. After being betrayed by the head of MI6, Atlee (Simon McBurney), Faust is left for dead by the Syndicate, Hunt helps her by discovering the Syndicate had been formed by Atlee against the British prime minister’s wishes. Hunt and Faust are able to apprehend both Atlee and Lane and destroy the Syndicate from the inside, leaving no known members alive or uncaptured.