A new independent comic book publisher will be launching this fall with a creative lineup including Grant Morrison, Mark Russell, Ann Nocenti and Tom Peyer and a simple question: Shouldn’t you want a little more from your comic books?

AHOY Comics, founded by journalist Hart Seely, won’t just offer regular comic book issues: Each release will be a “comic book magazine,” featuring a full-length lead story along with back-up material including cartoons, prose and even poetry, from a creative lineup running the gamut of creators from mainstream and indie comics, as well as journalists, prose writers and New Yorker cartoonists.

“I’m a newspaper reporter. I spent most of my life writing news stories about people, and waiting for the world to change. It didn’t necessarily always happen for the better,” explained publisher Seely. “I’ve come to believe you can speak truth through the fundamental telling of stories, and that’s what AHOY is going to do. I believe we can take the best of literature and the best of comics, put them in a blender and come up with something new, exciting and — most of all — true.”

AHOY Comics will launch in September with two series: The Wrong Earth, a six-issue miniseries by Tom Peter and Jamal Igle, where two heroes — one an adventure-loving crimefighter with a kid sidekick, the other a ruthless vigilante — trade places and find themselves trapped in worlds they never made; and High Heaven, a five-issue miniseries aimed at mature readers, by Peyer and Greg Scott where a chronic malcontent finds himself in an afterlife where everyone hates a complainer. 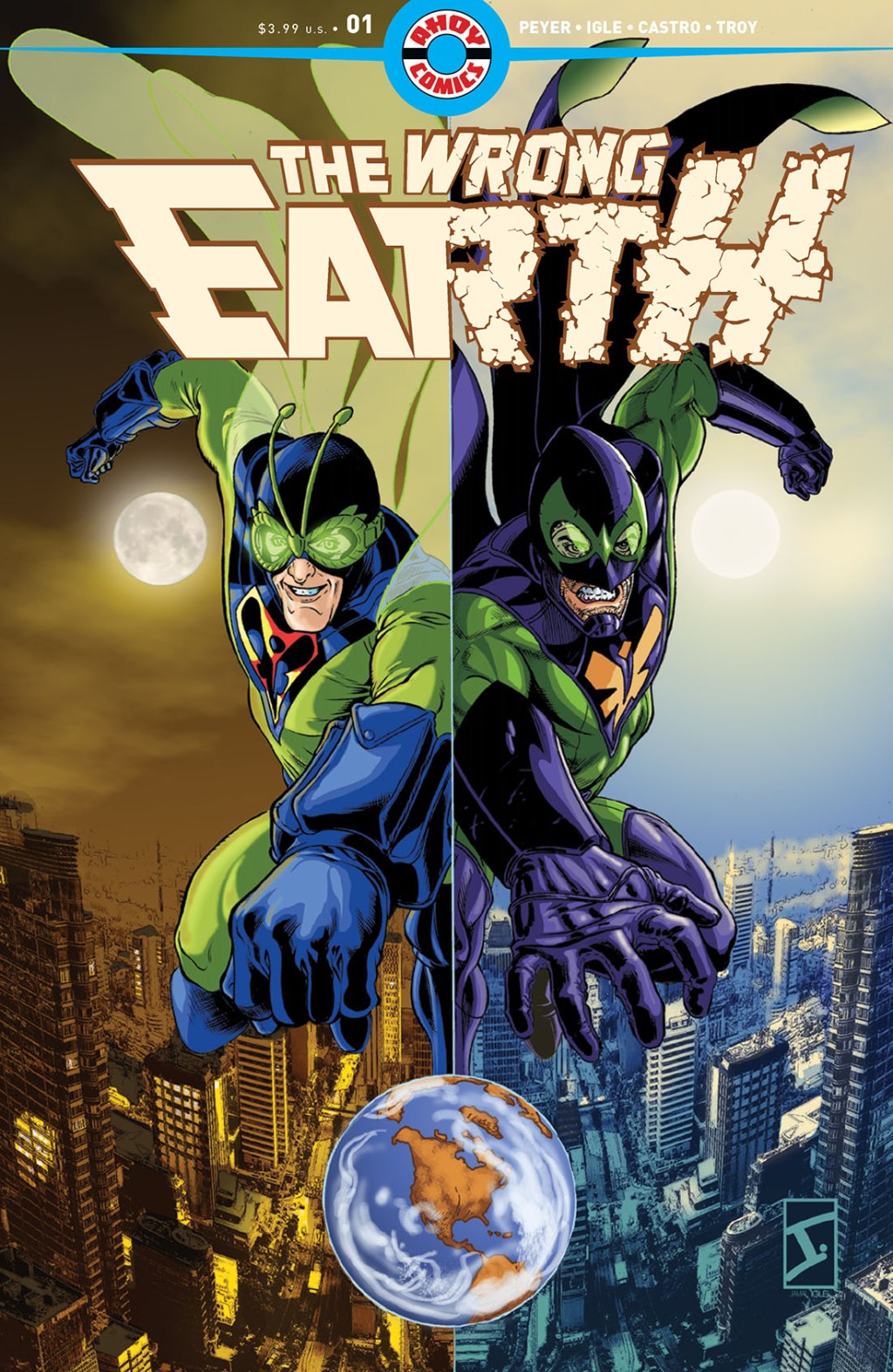 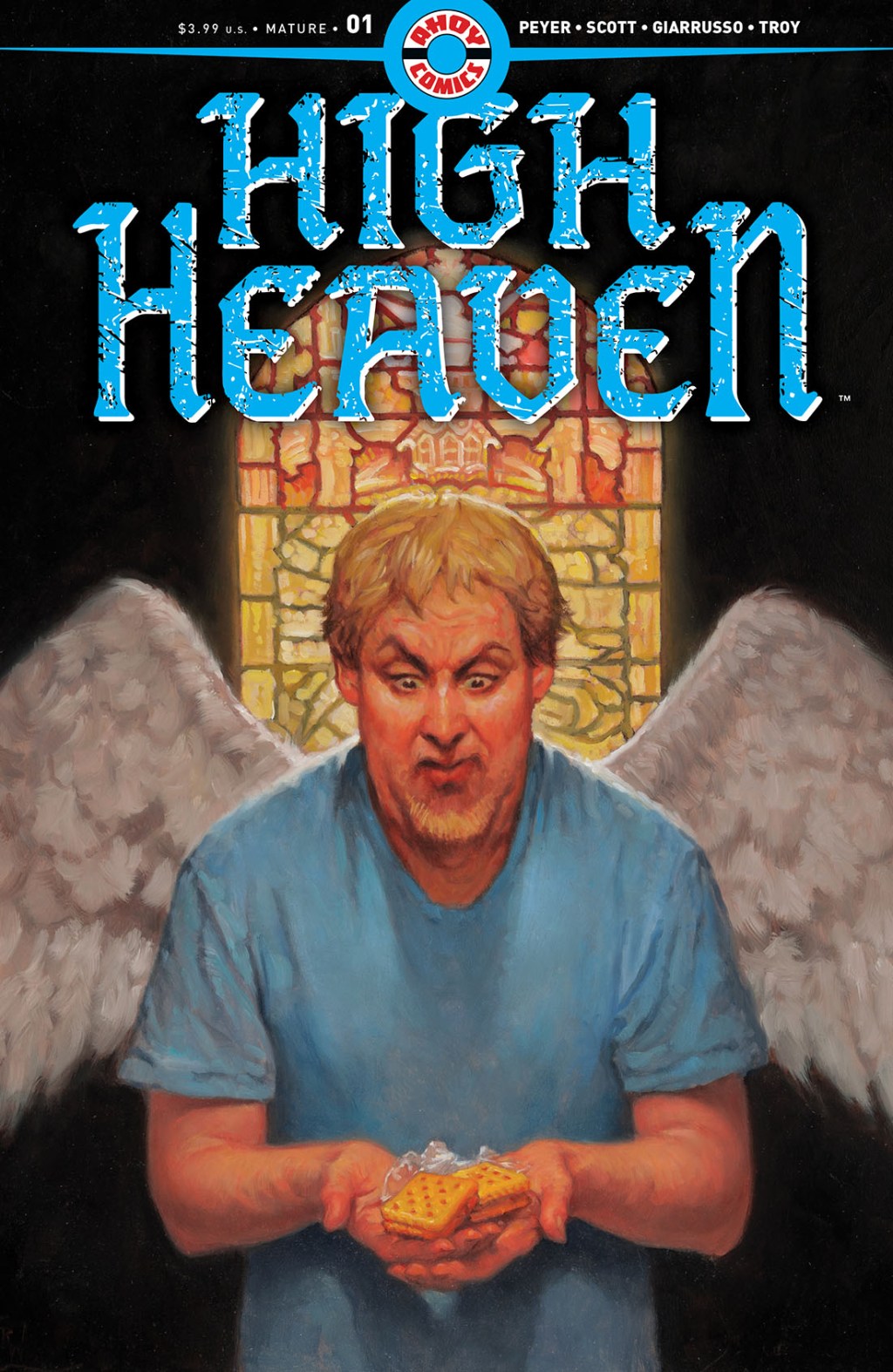 Both series launch with 40-page first issues featuring additional material; The Wrong Earth will include a prose story from Grant Morrison, along with material from Shannon Wheeler, Paul Constant and Frank Cammuso, while High Heaven features another prose story from Morrison, with another cartoon from Wheeler and a backup strip from Peyer and artist Chris Giarrusso.

The following month, AHOY will launch two additional titles: Edgar Allan Poe’s Snifter of Terror, a six-issue anthology described as a “cross between Drunk History and Tales From the Crypt (the 40-page first issue features material by Peyer, Flintstones writer Mark Russell and cartoonist Hunt Emerson); and Captain Ginger, a four-issue series about a spaceship piloted by cats after the human race has died out, by Stuart Moore and June Brigman (the first issue will include a prose story by Morrison, illustrated by Phil Hester, and a cartoon from Shannon Wheeler). 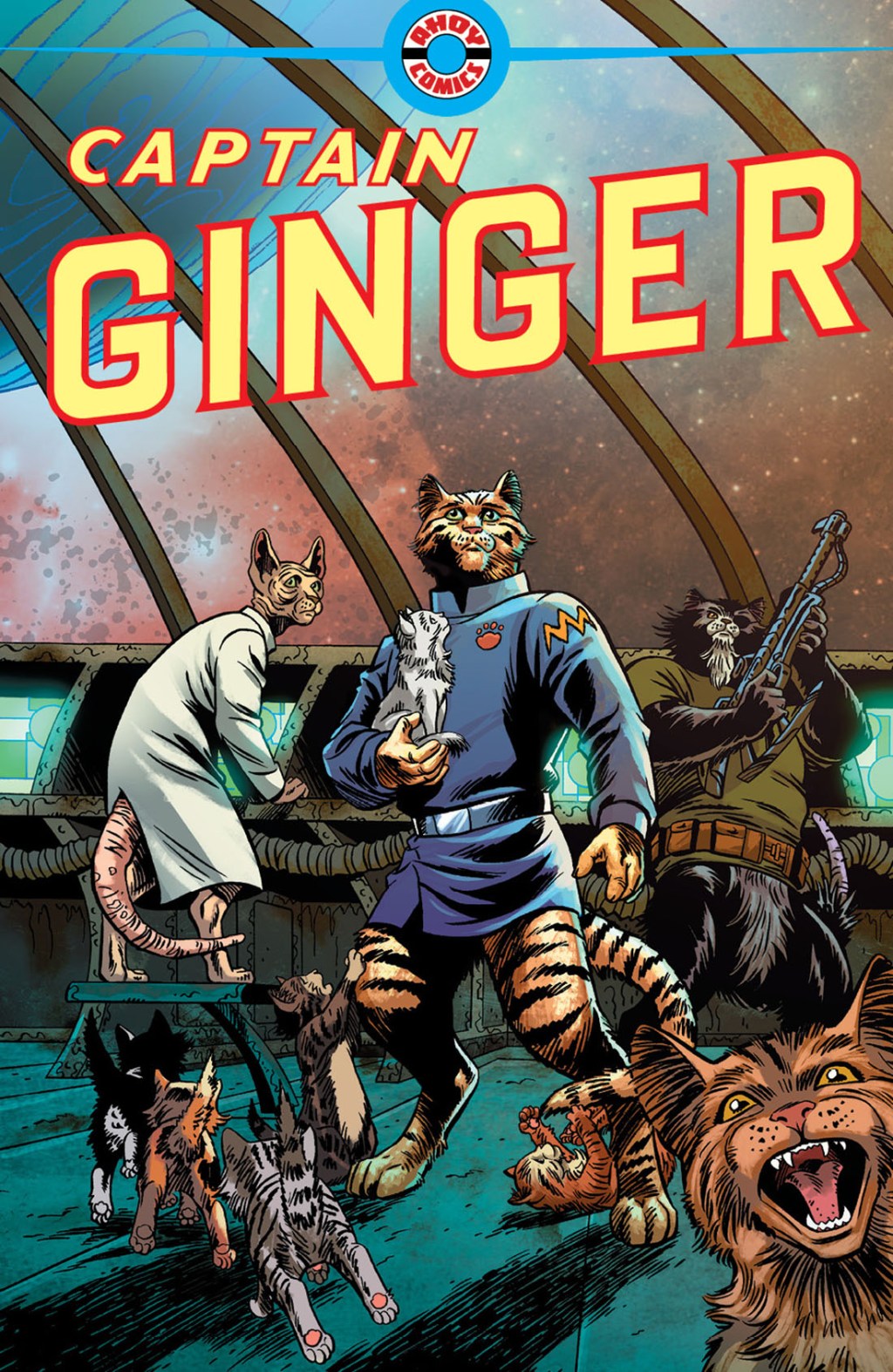 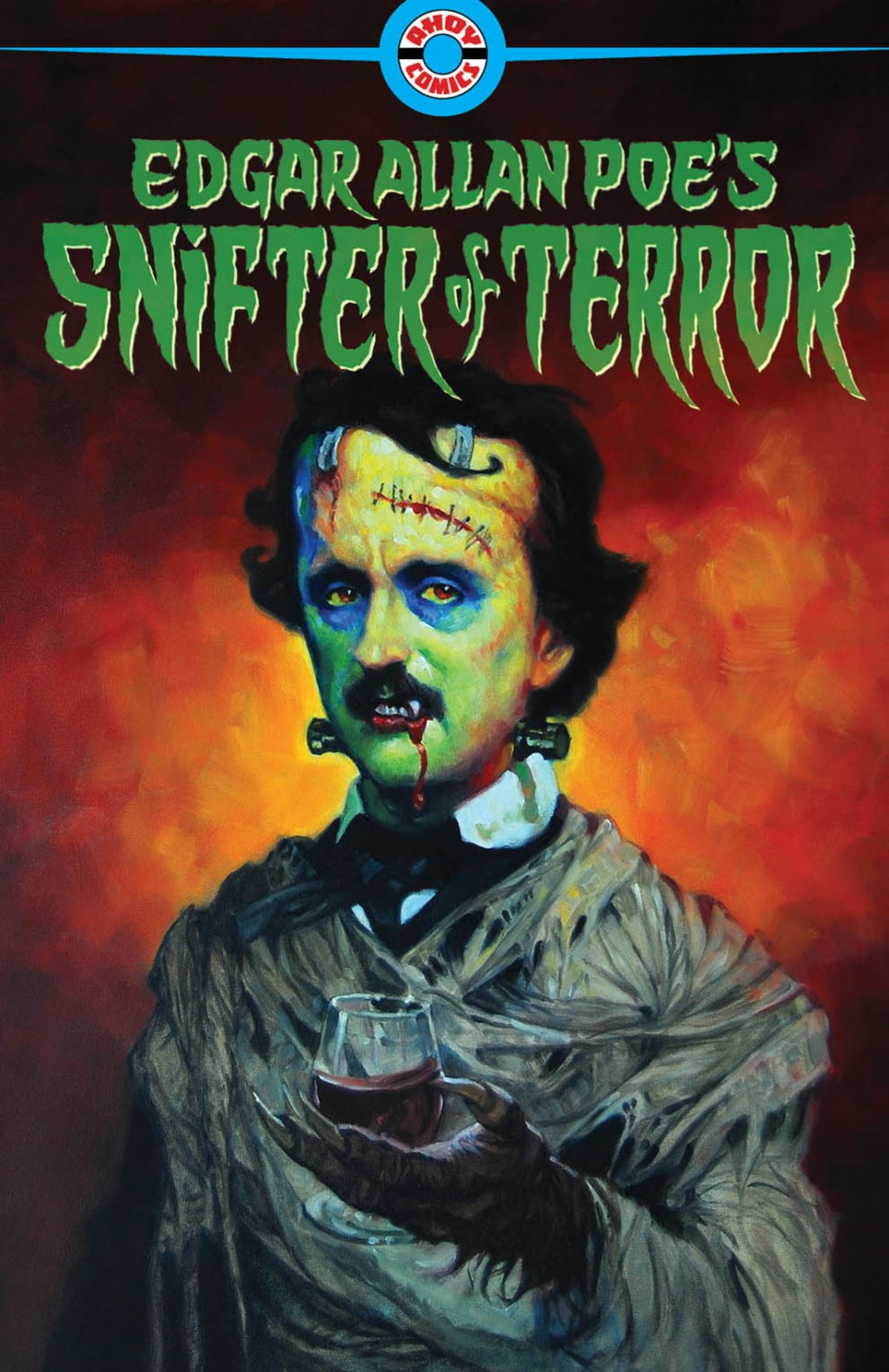 “We’re not trying to revive some lost age of comics, or to be superficially modern,” said Peyer, a former DC Entertainment writer and editor who will act as editor-in-chief for the publisher in addition to writing stories across the line. “There are things I love from the entire range of comics, and AHOY is a repository for things old and new that earn that affection. I prefer an eclectic group of talented contributors over a rigid house style. To have Greg Scott, Morrison, Rick Geary, Shannon Wheeler and Chris Giarrusso between the two covers of High Heaven No. 1 is like a party to me. I only wish Chester Gould were alive to join us. I’ve always loved a generous page count, and I think the addition of fiction, poetry, humorous prose, single-panel cartoons — and maybe someday even a crossword! — make every AHOY Comic a more filling meal than we’re all used to getting. And a much funnier one.”

Added Stuart Moore, another former DC Entertainment editor and writer, who serves as AHOY’s “dark ops” manager: “This isn’t about reinventing the wheel. AHOY is not in the business of expensive graphic albums or limited-edition statues. Comics are a popular, enduring art form for a reason: People love them. What we’re doing is taking that art form, polishing it ’til it shines, and wrapping it up in a package that gives extra value for the reader’s money. I’ve worked with a lot of comics companies, both behind the scenes and as a writer. I’ve never seen a publisher extend this level of support, across the board, to its talent. AHOY is giving its writers and artists the tools they need to cut loose and to present their work in the best light possible.”

He continued: “I’m thrilled that my book Captain Ginger is part of the AHOY launch, and I’m proud to do my small part in helping these titles reach the largest possible audience. Also, I get to write cat jokes for one of the most brilliant artists in the industry. What more could a 21st century human ask for?”

Even the name of the company offers a little more: AHOY is an acronym, standing for Abundance (as in more pages per issue), Humor, Originality and Yes. (“Yes to monthly comics. Yes to collected editions. Yes to meaningful stories, dramatic art, and beautiful design. Yes to working and shipping on schedule. Yes to the fine production details that make enjoyment effortless. Yes to page numbers! Yes to comics for comics’ sake. Yes to people who love to read,” runs the official explanation.)

The first AHOY Comics title to be released will be The Wrong Earth on Sept. 12. More information about the titles and the company as a whole will be released soon.