My inauguration, the actual legal takeover of the government with the Bible and then the speech, felt totally fantastic. Everybody watching, everybody listening, not just the 2 million or 3 million there on the Mall but like a billion people all over America and all over the world, on TV and online — probably on radio in Africa and India — so many watching, so many listening, no laughing, no talking (just me talking), total respect, even the haters terrified into a kind of respect, everyone focused on President Donald J. Trump. It would’ve been perfect if I hadn’t had to read the speech, because reading always brings down my mood, both in public out loud and by myself. But they wouldn’t let me wing it. Still, incredible, amazing, phenomenal.

But that was, what, 17 minutes? My inauguration day lasted 17 hours, most of it was a waste of time and fake. That lunch with all the supposed Washington VIPs and “leaders” in the Capitol Rotunda? Terrible acoustics, acoustics from 1776 or whenever. That event was a great example of why, until I came along, the American people were completely bored by politicians and government. Went on forever, with the president, me, just sitting there listening to other people say all their phony things, so dull — except when I told Hillary to stand and get a round of applause. Although I didn’t mean for everyone else to stand, like an ovation, but fine, whatever, nice moment, presidential, I’m a gentleman. She lost so badly and surprisingly that everybody knows she’s permanently humiliated; I didn’t need to rub it in right then. 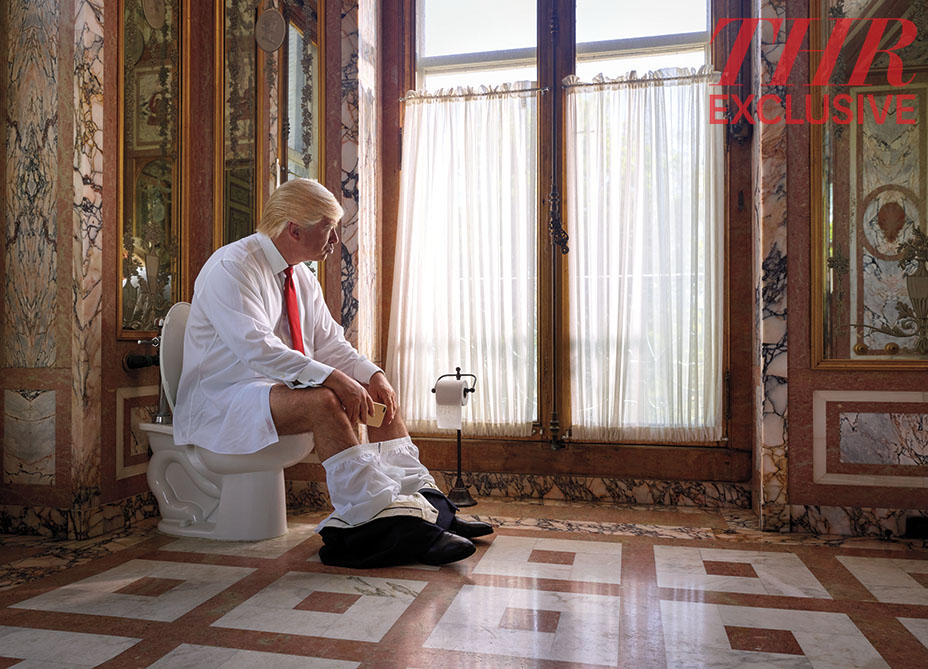 One thing I’ve always known is that the great ups in life never last very long. Usually not even a minute, often just a few seconds. It’s “Oh, yeah!” — and then, gone, bye-bye, not happy anymore. It’s true after you put out a great tweet. It’s true after you have that great moment with someone you love. It’s true after you eat a great dessert, like the superb three-layer Trump chocolate cake at the Mar-a-Lago Club. I was lucky to learn this lesson young. In fact, learning it is my earliest memory, and it also involves cake. My third birthday party, fantastic time, leaning over the Carvel cake to blow out the candles, my hair catches on fire. Mom yells, “Fred, no,” just as Dad pushes my face into the cake to put it out and starts laughing like a maniac, one of the only times I remember him laughing. The other thing I know is that you always remember the downs much, much more clearly and much, much longer than the ups, like each one is one of those video jiffies from Twitter playing over and over and over in your mind, and you can’t delete them.