American Assassin stars Dylan O’Brien as Mitch Rapp, a CIA black ops recruit who teams with a Cold War veteran (Michael Keaton) to thwart a potential world war in the Middle East. Directed by Michael Cuesta, the action-packed adaptation of Vince Flynn’s novel is also the first film to be released since the Teen Wolf alum was seriously injured last year while shooting a Maze Runner installment.

Yet the Lionsgate and CBS Films movie, out Friday, doesn’t just spotlight O’Brien’s recovery; it also showcases his potential beyond YA titles. The actor tells The Hollywood Reporter of returning to set with his dad in tow, attempting fight choreography for the first time and sharing his career’s new chapter with his younger fans.

Why did you want to play American Assassin‘s Mitch Rapp?

I was really taken with it from the start. The whole story immediately felt really strong and emotionally compelling, it always felt so palpable. I had a lot of time to think about this stuff and really build this guy from the ground up, and I really wanted him to have me inside him. (Laughs.) Sorry, thought that was funny. I just want him to be layered with as much realism as I could.

How was it making this movie after your Maze Runner accident?

Yeah, looking back on it, this movie will always mean a lot to me because of that. This was the first thing I did after that happened to me. It was a really hard time that I was going through, and it was definitely difficult to wrap my brain around it and go out and do it, but at this point, I just couldn’t be more thankful that I did. I feel like it was really helpful for me in a lot of ways. It will always be a really personal movie to me. It was huge for me, really. It was like getting back on my feet. 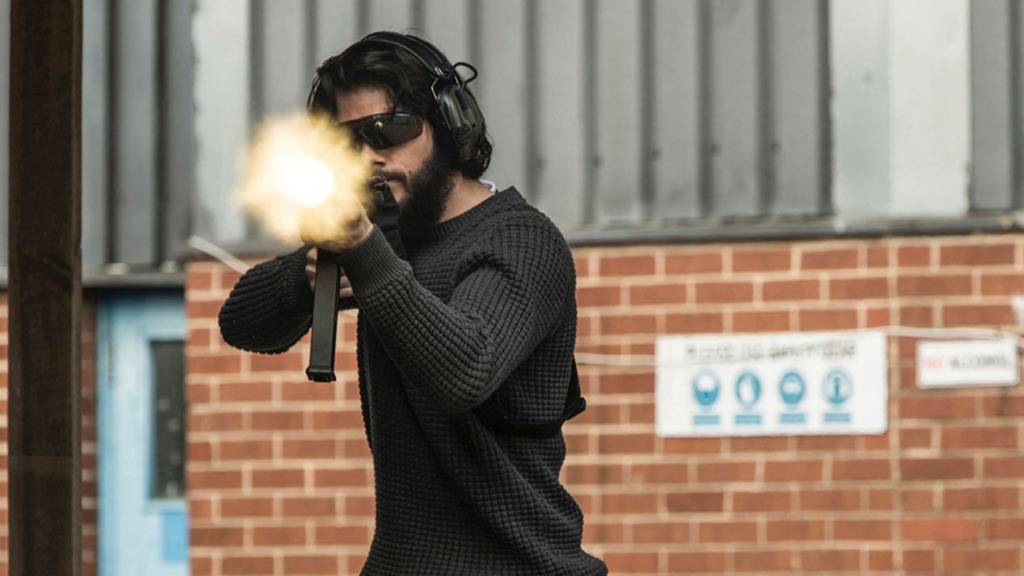 Mitch’s fighting style is mirrored by his heavy emotional backstory. How did you train for that?

This is all very new. I had not done any fight training before, and this was really my first time with fight choreography. I started training with Roger Yuan in L.A. two months before the movie, and he was instrumental in me learning everything from the ground up. He’s a very, very, experienced martial artist and got me familiar with the different styles in the choreography: a lot of ju-jitsu, basic boxing, really working on speed and movement in the gym every day. I’m not a big guy, but it was cool to shape how he handles himself in a fight. The choreography was exhausting, but fun to do. I always wanted it to be me doing it and to be as good as it can be.

What was your toughest scene?

The opening scene, technically, was really difficult. It’s sort of a subjective stitch — you stay with Mitch the whole way through, as the chaos goes on around him, and it’s all blended into one shot. That was a difficult week of work in terms of the heat and the specific camera moves. Everything always had to be perfect. It was really cool, too, because I got to do that sequence with my dad — they roped him in to work on it with us. It was the coolest ever. This movie was the first time we got to work together professionally. I have very vague memories as a kid of going to set sometimes to see him, and seeing him on the set, I thought that was the coolest thing ever. We’d always talked about that ever since I started acting, that one day we’d work together, and it finally happened. And we’d always go for a beer and start rehashing the day, and it couldn’t be cooler. It was just a really special experience — I’ll remember it forever. I’m really thankful. It was just great, the coolest thing you could ask for.

Taylor Kitsch on Facing Off Against Michael Keaton in 'American Assassin'

What was your first impression of Michael Keaton?

I was a little nervous to meet him — he was someone who I’d been watching since I was a kid — but all of that was alleviated because he is just this normal person and really down-to-earth guy. He was just shooting the shit with me and immediately made me feel so comfortable. He made me feel equal as an actor with him. That was important because I was able focus on my work rather than be caught up in any sort of intimidation. He supports you — you can throw anything at him in a scene. He’s a great dude. 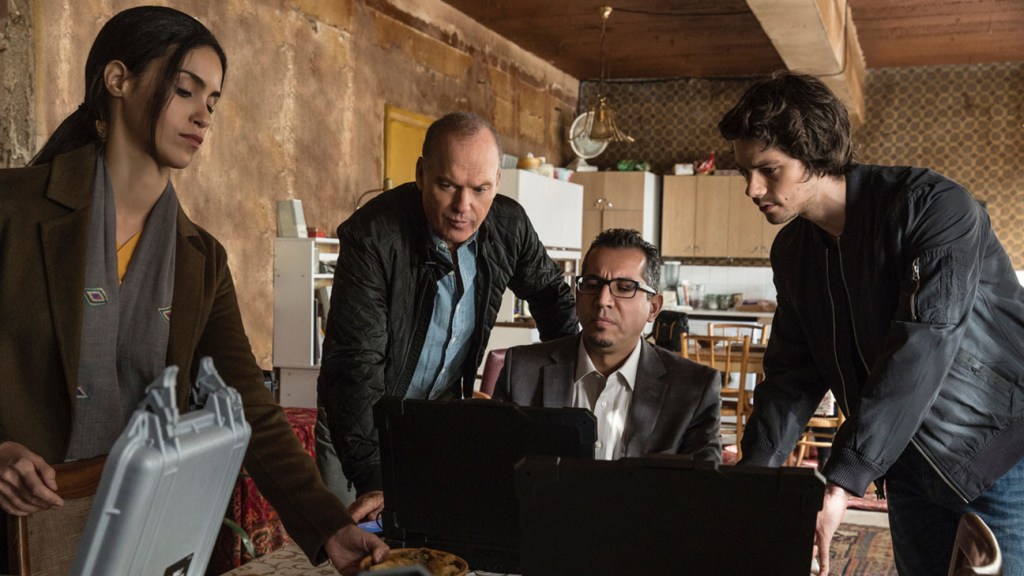 This movie has talk of “fake news” and the Iran deal — is it supposed to be political?

I think it operates in that landscape, but no, I wouldn’t say it has an agenda. But it deals with what we’re currently dealing with in the world right now.

Are you open to a sequel?

Yes, I am contractually obligated and open. (Laughs.) Yeah, I definitely signed on. When I signed on for this, I definitely knew there was potential for another and ultimately decided I really loved the character’s story enough to just totally dive in and commit. I guess we’ll see. Those things are really out of my hands and I’d be happy either way, because this movie will always mean a lot to me anyway.

This is a new kind of movie for you. Any message for your fans?

I guess I just want them to come with me. I’ve always had two jobs that I’ve always had to go back to for most of my working career, and now that those have both finished, it’s definitely going to be a new chapter. Going forward, I hope to always do something different, face new challenges and try to get better. I don’t know exactly what the future is gonna hold, but I just know that I’m gonna keep going.