Between The CW’s Riverdale and Archie Comics’ own comic book output, audiences are very familiar with what a contemporary Archie Andrews, Veronica Lodge, Betty Cooper and Jughead Jones look like. But a new comic book series is about to turn back the clock and introduce versions of the characters from the dawn of World War II.

Archie 1941 is a five-issue miniseries that imagines how life in a United States on the verge of wartime would impact Archie’s pals and gals. The series was co-written by Mark Waid — writer on the regular Archie series, which goes on hiatus with July’s No. 32 — and Brian Augustyn, with art by Peter Krause.

(The choice of 1941 as a setting isn’t entirely random; it also happens to be the year the characters debuted, in Pep Comics No. 22.)

“A few years ago, Archie Comics called to ask me to relaunch the main book in a contemporary setting, which has been a blast. This time, they called to ask about a whole different setting,” Waid told Heat Vision. “Deep-diving into the characters and their parents from a whole new perspective, Brian Augustyn and I have been able to find a new, rich vein of stories to be told as America edges into World War II and what it’ll mean to the kids. It’s been an exciting project made only more thrilling by the chance to be able to work alongside my longtime co-conspirator on Irredeemable and Insufferable, Peter Krause.”

“Archie Comics has caught the fancy of fans and comic creators alike with new twists on their classic characters. So when they approached me about drawing Archie 1941 and giving me a chance to work with writers Mark Waid and Brian Augustyn, I said, ‘Sign me up!'” Krause said. “How would Archie and the gang look in 1941? That is my responsibility, and my honor. I’ve had great fun going through reprints of Sears catalogs and diving into online photo troves. Along with great colors by Kelly Fitzpatrick and wonderful lettering by Jack Morelli, we’ve done our darnedest to make it all look good.”

The project is a reteaming of Augustyn and Waid, who worked together on DC’s The Flash.

“Working with this team is proving to be enormously exciting,” said Augustyn. “Mark and I go way back as good friends, and have collaborated many times. He’s a comics genius and it’s a joy to pick up the reins with him once again. Pete Krause is a fantastic artist, and is doing his best work ever on our project — I couldn’t be happier with how he makes our story 20 times better. Kelly Fitzpatrick’s wonderful coloring adds tremendously to the realism and historical feel that Pete delineates so well. I also want to thank Victor Gorelick, Mike Pellerito and the entire Archie crew for this opportunity — they’re a genuine pleasure to work with.”

The series debuts in September, and follows how the Second World War impacts the lives of Archie, Jughead and the rest of the Riverdale gang as the specter of enlistment hovers above them.

“Through the gauzy shades of decades gone by, it’s easy to imagine that all Americans were on board with the battle against the Axis but it was not so — at least not until the attack on Pearl Harbor,” Krause explained. “Mark and Brian have spun a tale that details the ambivalence, the consequences and ultimately the sacrifices that led us to label those patriots, ‘The Greatest Generation.'”

Augustyn said the series is a chance to see the “lovable characters through the lens of time.”

“This narrative is a bit more serious and occasionally somber, but I hope we’ve leavened that with humor and warmth,” he said.

Archie 1941 No. 1 will be released digitally and in comic book stores Sept. 12, but Heat Vision has an exclusive preview below. 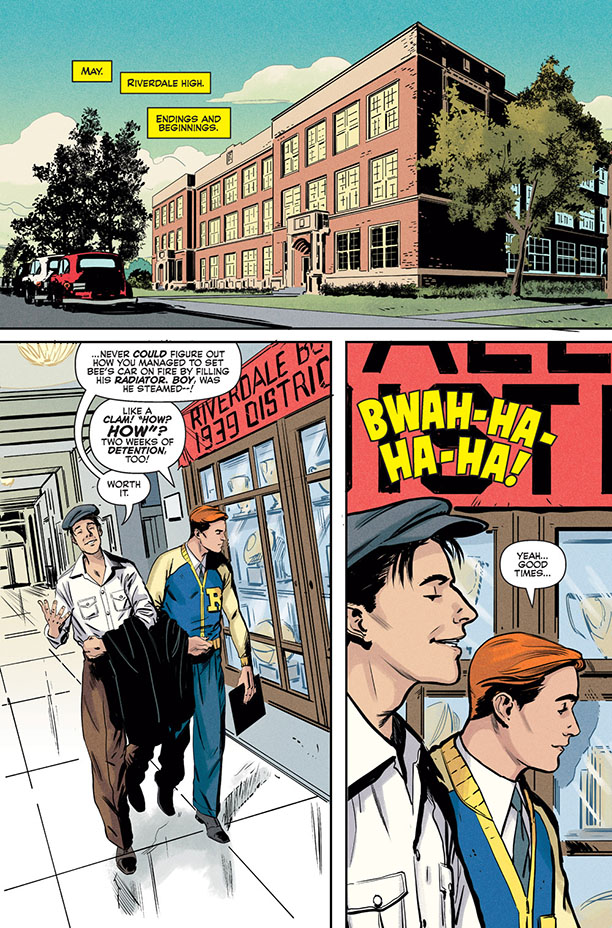 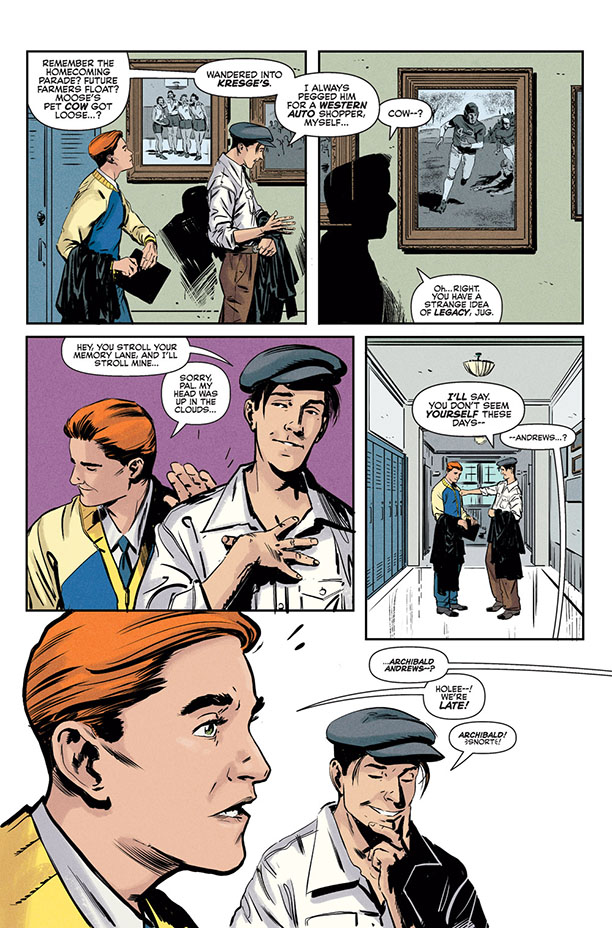 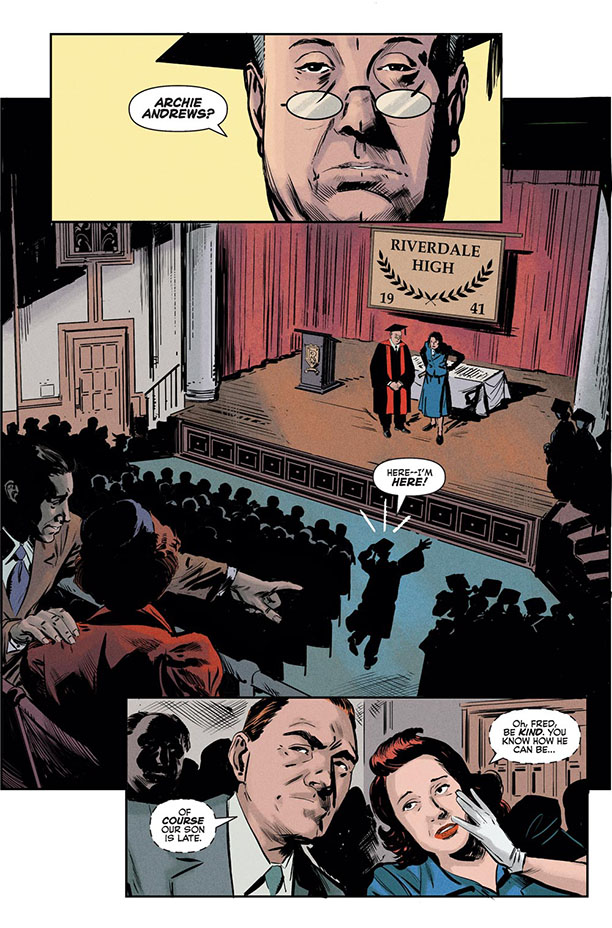 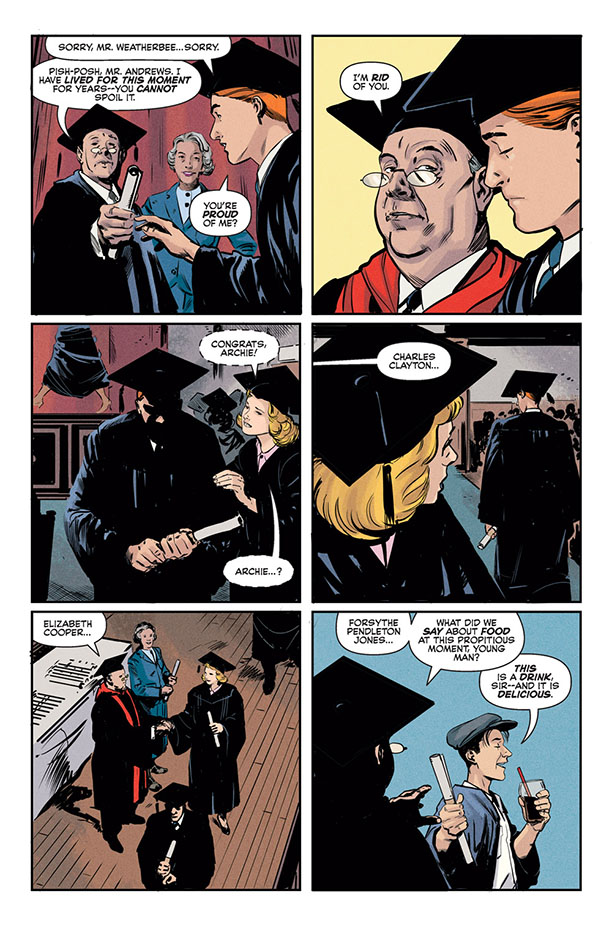 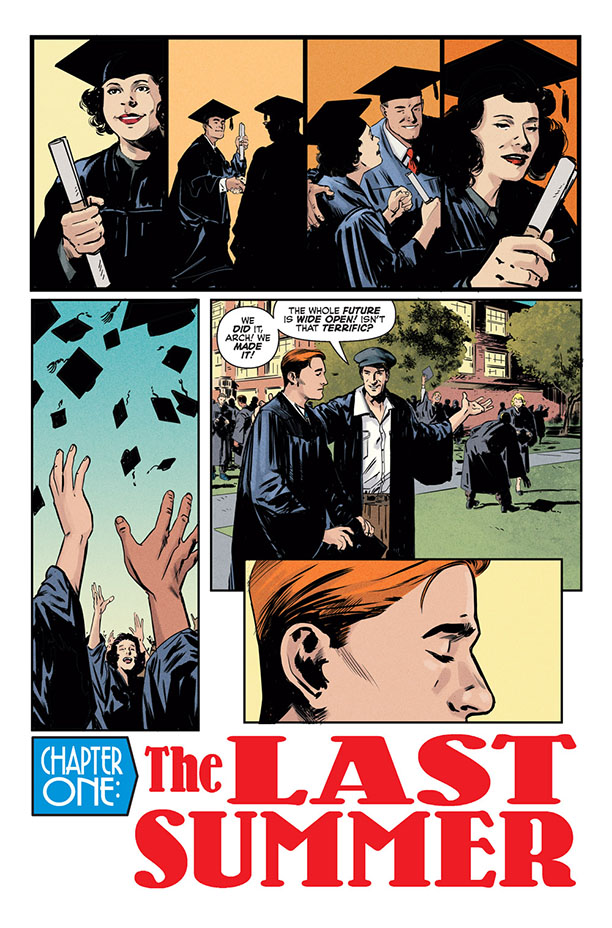