Blurring the lines between learning and entertainment has long been a goal of educators. The goal — to make information as accessible and inviting to newcomers as possible —has been achieved in mediums from text to film to video games over the years, and the team at Ubisoft is aiming at cementing their Assassin’s Creed Origins title as the latest in a long line of educational media.

The game, which puts players in the shoes of an assassin in ancient Egypt, recently released a downloadable expansion entitled Assassin’s Creed Origins: Discovery Tour that allows players to step away from the action-packed gameplay in favor of narrated, informative walking tours that bring the past to life. The expansion features 75 interactive tours cultivated by the game’s development team along with consultation from historians in the field.

“It’s an idea we had for a long time,” creative director Jean Guesdon tells Heat Vision. “Back in 2009 on Assassin’s Creed II we considered briefly to do this type of tourist mode, but we just didn’t have the time back in the day, so it was not a top priority.”

The Assassin’s Creed series, which features 10 titles in its main franchise that have sold more than 100 million units worldwide since the initial game hit stores in 2007, puts players in control of a number of deadly assassins in open world settings ranging from the Crusade periods to Revolution-era America to Renaissance Italy. Each game renders its historical tableau with great attention to historical detail, and the franchise has been praised for its ability to drop gamers into a living snapshot from the distant past. 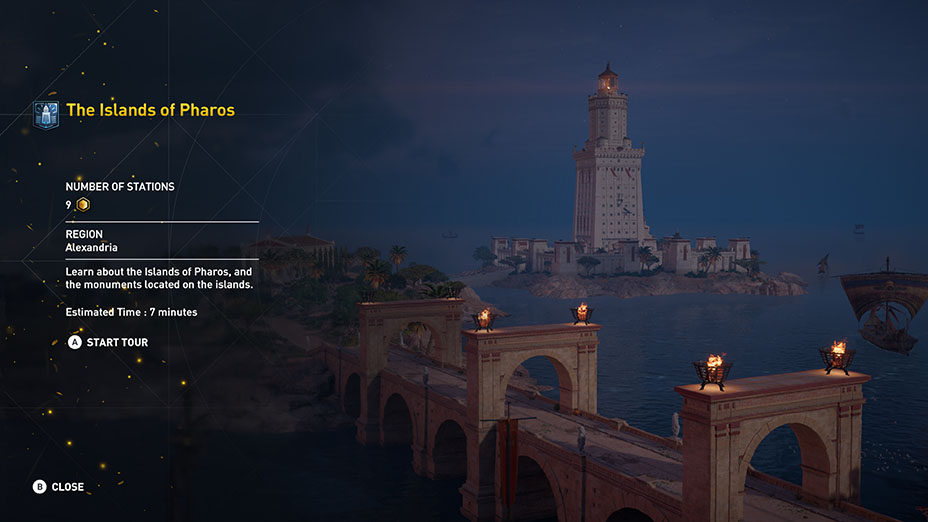 The decision to introduce an educational walking tour into this new recreation of ancient Egypt was welcomed not only by fans (Guesdon and his team have heard from thousands of players praising the new addition), but also from educators hoping to introduce students to a living, breathing version of the time periods they lecture on. “We hear from teachers that say it’s a lovely tool to use in classrooms or to prepare materials for their lectures,” Guesdon says.

Discovery Tour is not the first attempt to bring history to life through video games. Perhaps the most famous example is The Oregon Trail, first released in 1971, which was designed to teach school children about 19th century pioneer life on the Oregon Trail through an interactive computer game. The game has sold more than 65 million copies and has seen 10 iterations over the past four decades.

Aiming to bring that experience to the new millennium, Ubisoft employed a number of historians to accurately bring the past to life. While the game presents a familiar version of what many may imagine when they hear the words “ancient Egypt,” historian Maxime Durand explains that the reality of recreating a past so distant presented many unique challenges.

“One of our main goals was to clarify historical fact from what aspects we adapted to fit our game’s universe,” Durand tells Heat Vision. “For instance, the Great Library of Alexandria was a monument in Alexandria that existed at the time, but has been destroyed for over a millennium now, without leaving many traces of its architecture. In Discovery Tour, players can learn that Ubisoft’s team was inspired by the library of Celsus in Ephesos, since that monument was actually a copy of the Great Library. This kind of information is key to teaching critical thinking and to address the fact that our game is very believable, yes, but that it is an artistic rendering of history, not a perfect (and illusory) copy.” 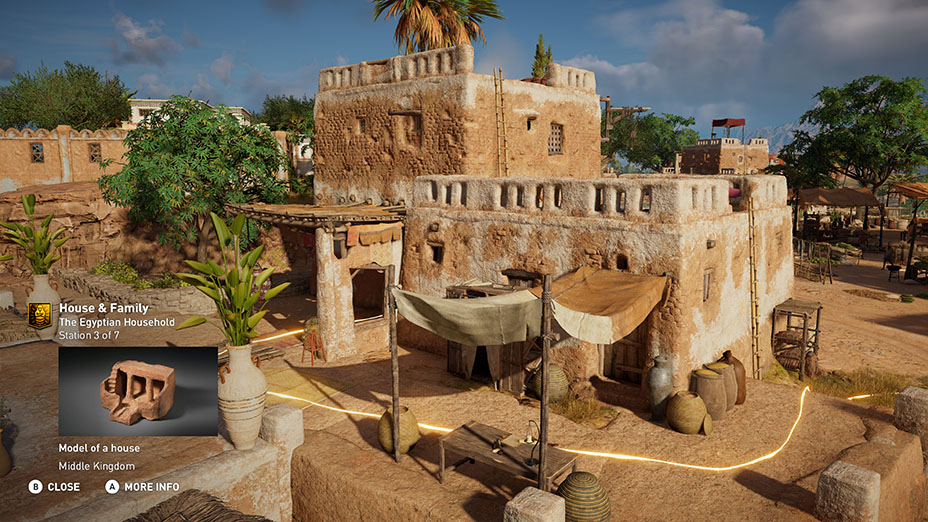 As it would be an impossible task to fully recreate a one-to-one copy of a historical setting, Ubisoft did take other liberties with addressing the period and applying a modern context to social and racial injustices of the time. “No creation can pretend to be 100 percent accurate until we make a real time machine,” Guesdon says. “Some decisions were made, particularly about putting girls in school in Alexandria. We mention school but we also mention the reality of the time period. Back in the day, a guy from an Egyptian background, or young girls, would have a very hard time accessing that level of education in Alexandria.”

The tours themselves are thematically framed and focus on topics from architecture to daily life in ancient Egypt. In addition to being narrated, they also offer text descriptions of various landmarks and artifacts that reflect and address artistic liberties that Ubisoft took with the historical material where applicable.

Given that the franchise has covered so many varied settings throughout history, the success of Origins‘ tours may open the door for similar expansions on other tableaus and future installments in the series. “We’d love to see it become a standard for the franchise,” Guesdon says. “It’s still fresh, so we’re still in this stage of collecting data so we can see if its something we can sustain in the long term. I think the franchise in itself has the potential. We have proven that we are taking history seriously.”