Though he’s been in the video game industry for more than 20 years, Assassin’s Creed: Valhalla director Eric Baptizat still experienced immense challenges in developing an authentic viking world for players to inhabit in the upcoming action-adventure game set in England and Norway.

One of his first steps was moving away from the barbaric caricature images that people often have of vikings and really looking into the journey of a viking and what that entailed — including indulging in exploration. “When you are speaking about vikings, it comes with a level of freedom that you expect,” Baptizat tells The Hollywood Reporter on the phone from Montreal. He explains that this freedom includes taking control of the ship at any time, attacking places along the shore and traveling alone on raging seas or amid harsh landscapes. 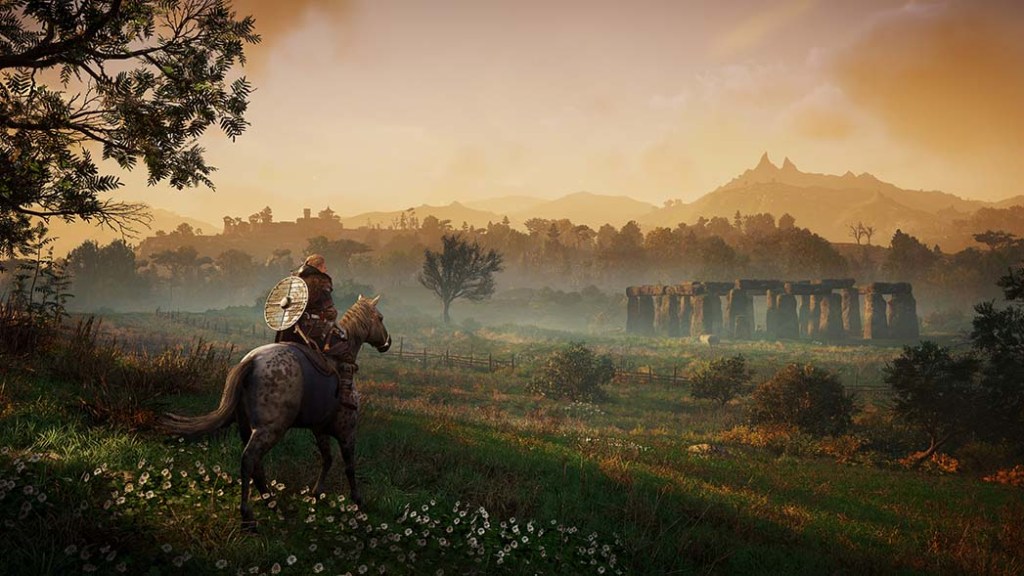 “To have this seamless flow, this freedom of transitioning from all the different states, was something that was quite challenging to put in place,” he says, adding that it would all feel natural in the game. It’s a technical challenge that “disappears when you play,” says Baptizat.

In terms of story, he emphasizes that an important part of visualizing viking culture and giving a sense of the lore was including the settlers, farmers and merchants in communities portrayed in the game.  “We change the game structure and we wanted the settlement, the homeland, to be part of the experience,” says Baptizat. He adds that he and the Ubisoft team wanted people to feel the changes within each settlement, such as new people arriving and leaving.

THR viewed b-roll footage from the game, which included some of the settlements, where characters can obtain services from fisherman, blacksmiths, shopkeepers and even a tattoo artist who provides norse emblem ink for a personal touch. 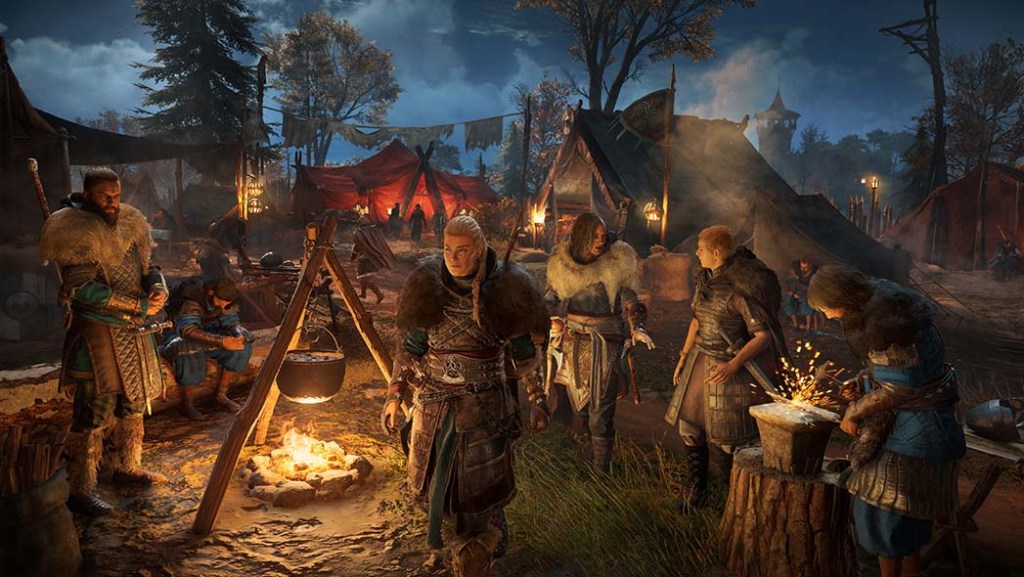 Players are tasked with taking care of the land and protecting it. “When traveling to England, [there is] suddenly a land full of opportunities to settle,” says Baptizat, “we wanted to translate this into the game.” An objective, he explains, is to try to forge alliances and have some kind of political stability to be accepted in different areas. And then it’s up to the player to decide what to conquer. 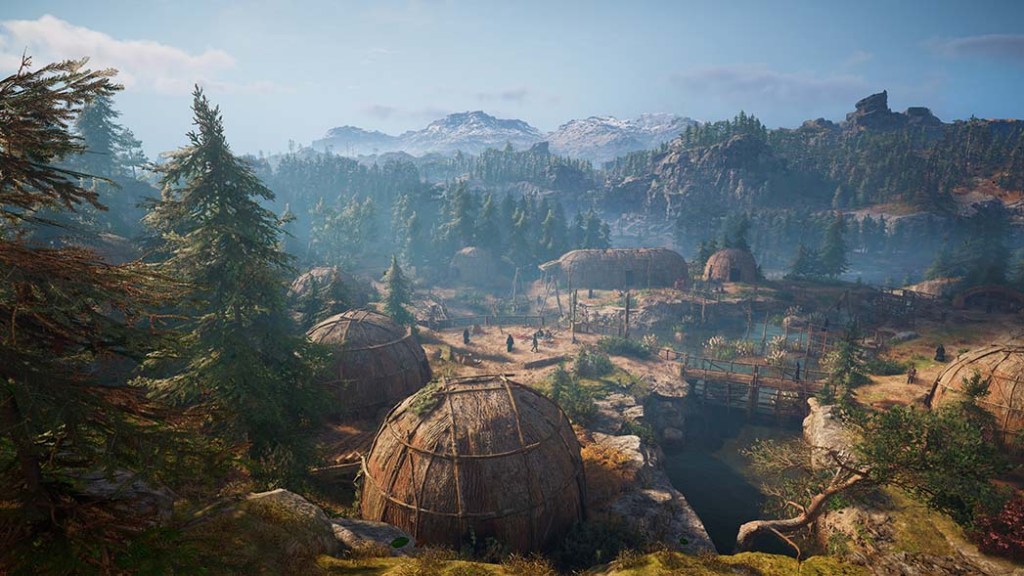 This installment of the franchise really focuses on developing player agency. Baptizat explains that this means players have different approaches available to them with melee fighting, stealth movements and even the option of user distraction, where they can use their crews as a diversion when moving stealthily during a raid. “As you play, you alternate constantly in terms of strategy,” says Baptizat. “What is an interesting fact about Vikings is they try to protect themselves and stay undetected when they move in the world, and this is really something that we wanted the player to use.” Players can disguise themselves and use their cloak to hide from others.

Included in the b-roll footage was a demonstration of how a character descends upon a camp from above, using the available infrastructure to climb, jump and perch on narrow wooden landings to obtain a view of the target or to try to blend in with a group of soldiers in a restricted area.

Amid heavy combat sequences, Baptizat explains, “each of those action sequences always have a purpose.” Whether you are venturing off into a raid in a big location, gathering resources or changing the alliance of a territory, there is always “a motivation and an objective” for the player.

“If it makes sense in the fantasy of what we are trying to tell, of course we try to tackle it,” says Baptizat of pushing the franchise forward, whether that be an assault with two armies facing off against one another, or transitioning to a very personal moment exploring the world or the city. “This was risky to be able to do all this in a seamless and transparent way for the player. But most of the time when something’s risky, we are the kind of people that love risk.”

'Assassin's Creed: Valhalla' Quest Director on Showing Who Vikings Were as People