[This story contains spoilers for Bad Times at the El Royale]

It takes about 30 years for cultural nostalgia to build and be recontextualized for a new era, hence the current adoration we’re seeing in film and television regarding the 1980s. But with entertainment dialectically fueling our culture and pointing out what makes previous eras so important to us now, it’s worth pointing out anytime a director makes a point of bringing up a specific time period. Drew Goddard’s Bad Times at the El Royale chooses to go back to 1969, a year that appears to be making a comeback in its reflection of our own unease, paranoia and turmoil.

Bad Times at the El Royale isn’t the only film to take a walk down the road that is 1969. Next year, director Quentin Tarantino will examine the same time period with Once Upon a Time in Hollywood. The feature, despite giving actress Sharon Tate (played by Margot Robbie) a prominent role, is said not to be a film about the Manson murders. And neither is Goddard’s film, though Chris Hemsworth’s swaggering cult leader, Billy Lee, is a Manson-inspired figure whose lead follower, Ruth (Cailee Spaeny), has engaged in a murder reminiscent of that time. Manson’s been a figure of intrigue since the Tate-LaBianca murders took place and left the actress and four others dead. But what Goddard does specifically is use Hemsworth’s character as the overall consequence of a simmering evil that’s been bubbling under for a while. Much like the growing storm that builds over the course of the movie’s runtime, Billy Lee is the rain that follows all the thunder and lightning.

As he lays out to his followers during a late-night bonfire, people are defined by choices. And yet, for him, those choices are incidental because external influences divide people into making those choices in order to put one over on them. As he demonstrates with a “tussle” between two of his followers, the fight is meant as a distraction. Loud noise and violence are merely a means of distraction, while a bigger force uses that to rob the majority blind. Commonly cited as “the year everything changed,” 1969 was a culmination of an expansive turmoil that pervaded all manner of things in America –– from the inauguration of Richard Nixon in January to the brutal death of Meredith Hunter at the Altamont Speedway in December.

Like Goddard’s previous film, The Cabin in the Woods, the reliance on choice is a question. Do humans truly have free will? Or is everything predetermined? Examining the events of 1969 through this lens takes more time than we have, but it appears Goddard believes predetermination behind the scenes exists. The arrivals of the various characters at the hotel act as symbols for the various facets that shaped the country’s cultural legacy: from Darlene Sweet (Cynthia Erivo) bringing her musical talents, to Jon Hamm’s Laramie Sullivan representing the last remnants of J. Edgar Hoover’s ‘50s-era Cold War thinking. For Goddard, all these pieces (and characters) need each other in order to work, and like any society, they all fuel each other. You can’t have war without music representing it; Jeff Bridges’ fake priest introduces the nature of religion and the questions of its legitimacy in a changing cultural landscape. 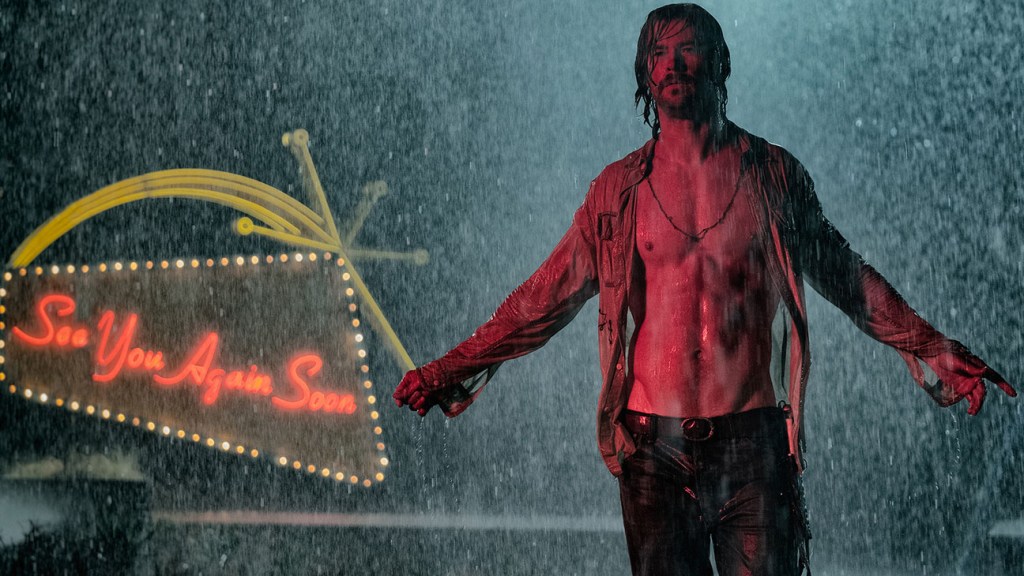 In an interview with the San Francisco Chronicle, Goddard said he focused on 1969 because of the darkness it created. The 1960s started off as a time of possibility, with the Cold War ­–– a la Laramie Sullivan –– segueing into the hippie movement and the 1960s flower child. Akin to today’s Millennials, the flower children were perceived as dippy idealists by the old guard. With the Manson murders and Hunter’s death at the Altamont Speedway, this idealism was perceived to be little more than a facade. The facade is still present, specifically in Billy Lee, whose good looks and penchant for flashing his abs are little more than a cover for him to commit murder and seduce underage girls. But what Goddard aims to get closer at is how much the events of 1969 were determined by privileged men. 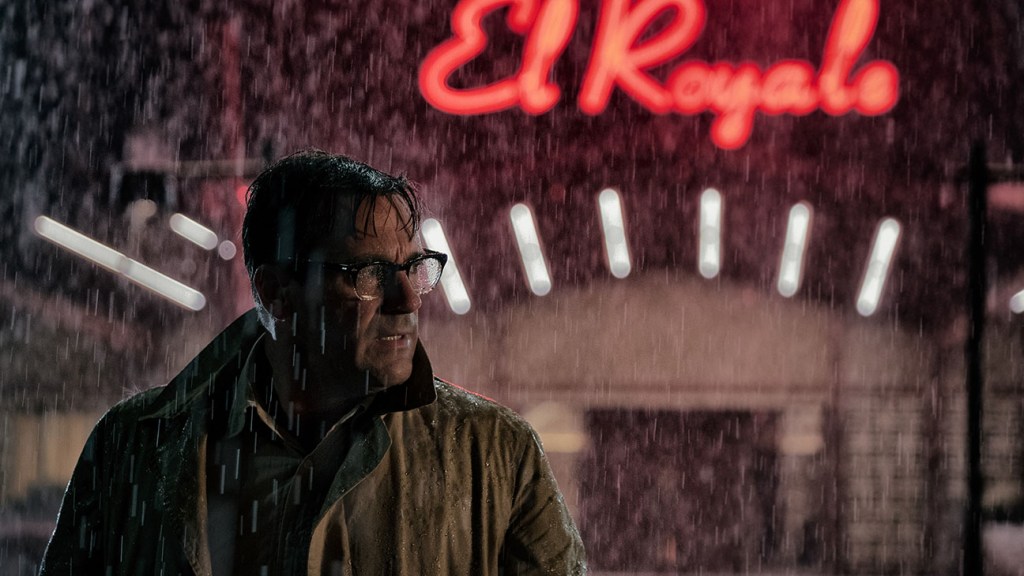 As Darlene Sweet exhaustedly says during the finale, she’s sick of hearing men talk. Other than Billy Lee’s pontificating, the audience hears Richard Nixon talk on the hotel television about refusing to concede to a ceasefire in Vietnam, and thus prolonging the war. We also see Darlene be propositioned by a lecherous music producer, a reminder of the sexual harassment that was present in the media at the time, and that continues today.

And yet it is these men whose memory is presented through the filter of nostalgia. A key subplot of the film involves an unspecified piece of film involving two people in flagrante delicto, one of whom is a prominent dead man everyone knows (the man likely being either Robert F. Kennedy or Martin Luther King Jr.). Billy Lee opines that it is the memory of a man that often becomes more important than the man himself. The 1968 deaths of both RFK and MLK left many with the idea that the ‘70s ushered in the death of hope, and it is easy to see the applications of that today. But coupled with Darlene’s previous statement, the scrubbing of the unseen man’s reputation also alludes to the cleaning we also do with men’s reputations as the years progress.