Who’s the best baseball player of all time? An upcoming hardcover book by former DC editor Mark Chiarello attempts to answer that question in style, with beautiful full-color illustrations of figures such as Babe Ruth, Ty Cobb and more.

Baseball 100, currently being funded on Kickstarter, will be a 128-page book by Chiarello and writer Nel Yomtov that seeks celebrate the greatest ball players… and rank them in order. (There’ll also be an additional section of the 25 players that just missed the cut, to prompt even more debate.)

Chiarello, an illustrator for The Criterion Collection, Abrams Publishing, Lucasfilm, and Disney amongst many others, is also known for his work as editor and art director for DC, where he created the series Solo and Wednesday Comics; he’s also the co-creator and illustrator of 2007’s Heroes of the Negro Leagues. Yomtov has previously written for National Geographic, Scholastic, and Capstone Press.

“When I was a kid, I was obsessed with baseball cards and books about legendary baseball players, and most of all, my beloved New York Yankees. I learned everything I could about my baseball heroes, even though I had never seen most of them play — Babe Ruth, Mickey Mantle, Ted Williams, Walter Johnson, Joe Dimaggio,” Chiarello told The Hollywood Reporter.

“Forty years later, like so many fans, I’m still obsessed with who the greatest players of all time were, and especially that big question: who was the very best player ever? Was it Babe Ruth or Willie Mays? Some old-time fans insist it was Ty Cobb. Maybe it was one of the great Negro Leaguers, like Satchel Paige or Josh Gibson,” Chiarello continued. “For my entire life, I’ve had this argument with every baseball fan I’ve ever met. After a lifetime of poring over the statistics on the backs of baseball cards, and hunting down old issues of The Sporting News, I put my list of the top 100 players of all-time together. As an artist, I like nothing more in the world than creating drawings of great old baseball players, so I got together with writer Nel Yomtov, and I illustrated our 100 top heroes. The result is the book, Baseball 100.”

Chiarello joked about the finished book, “I’ve always felt that when I die and get to heaven, I’ll finally get to meet Babe Ruth, and he’ll hand me the ‘real’ Top 100 list and say, ‘You did good, kid… your’s was pretty close.’”

The Kickstarter campaign can be found here, and runs through Aug. 27. Below, making their debut on THR, Chiarello’s illustrations from the book for Roberto Clemente, Mariano Rivera, Mike Schmidt, and Greg Maddux. 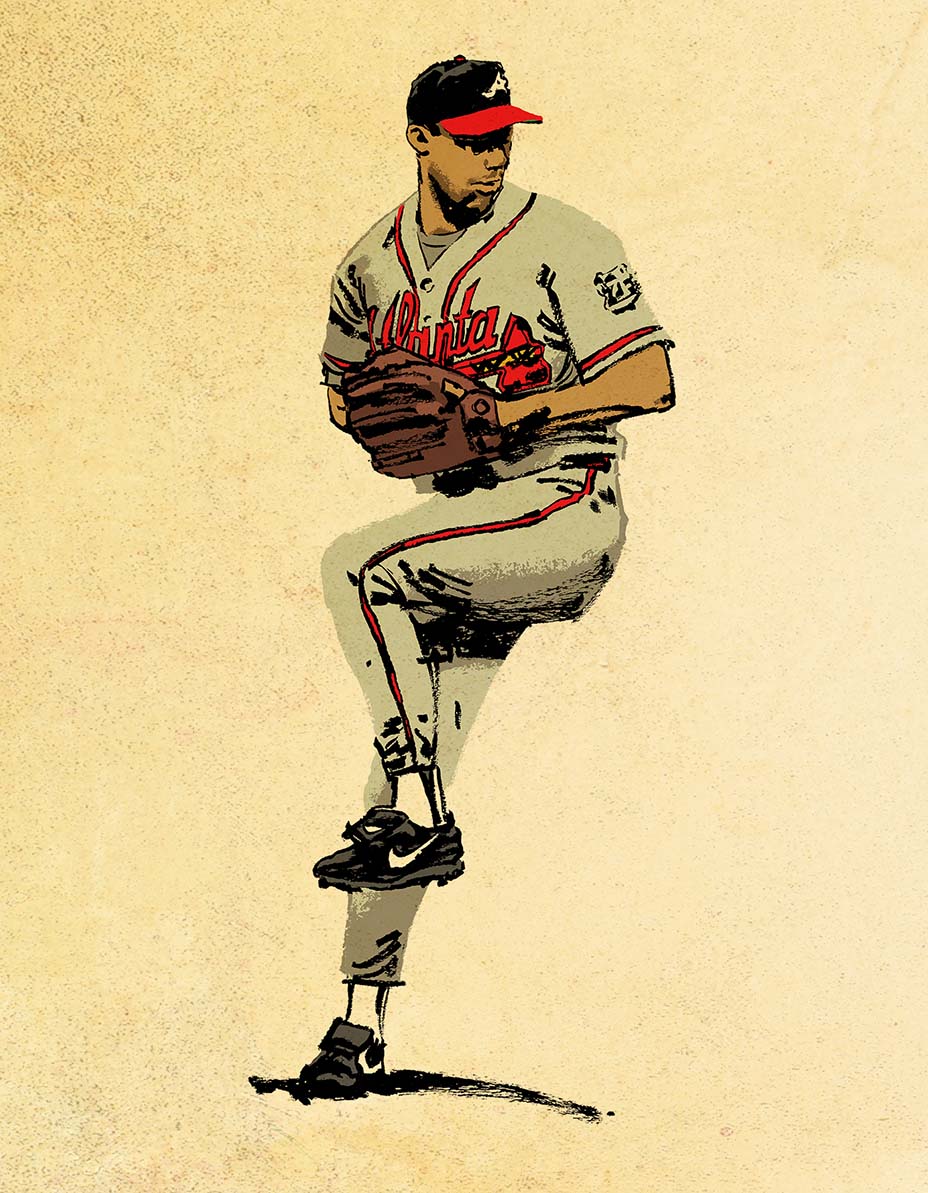 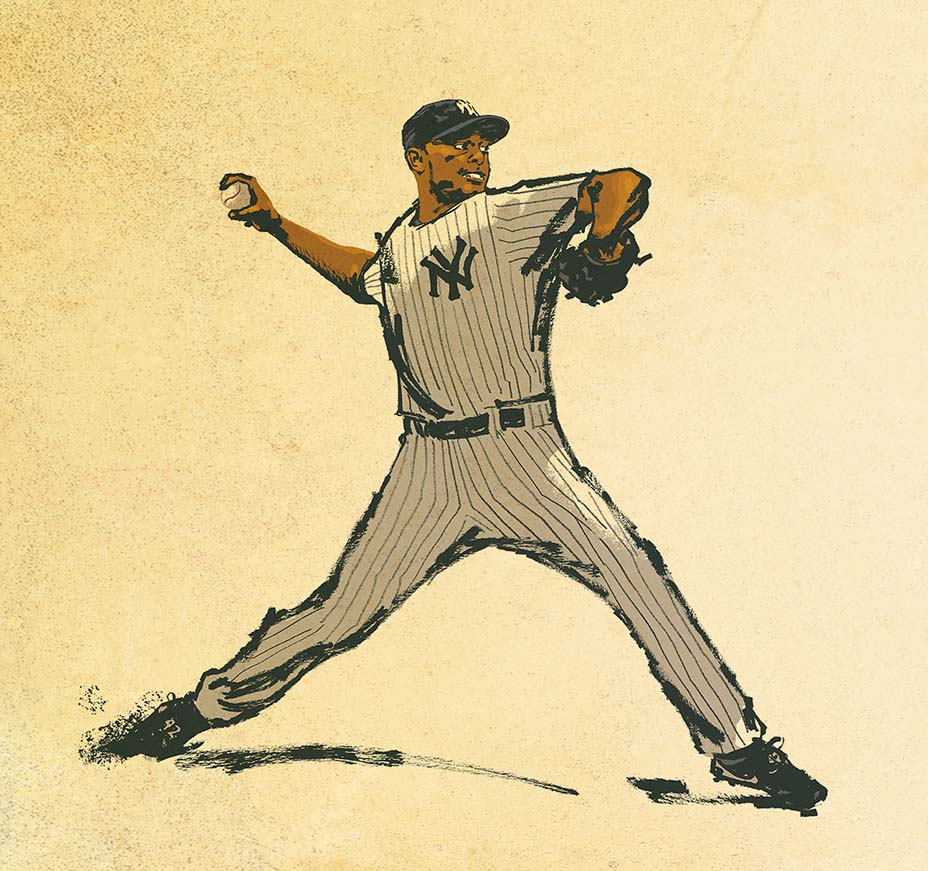 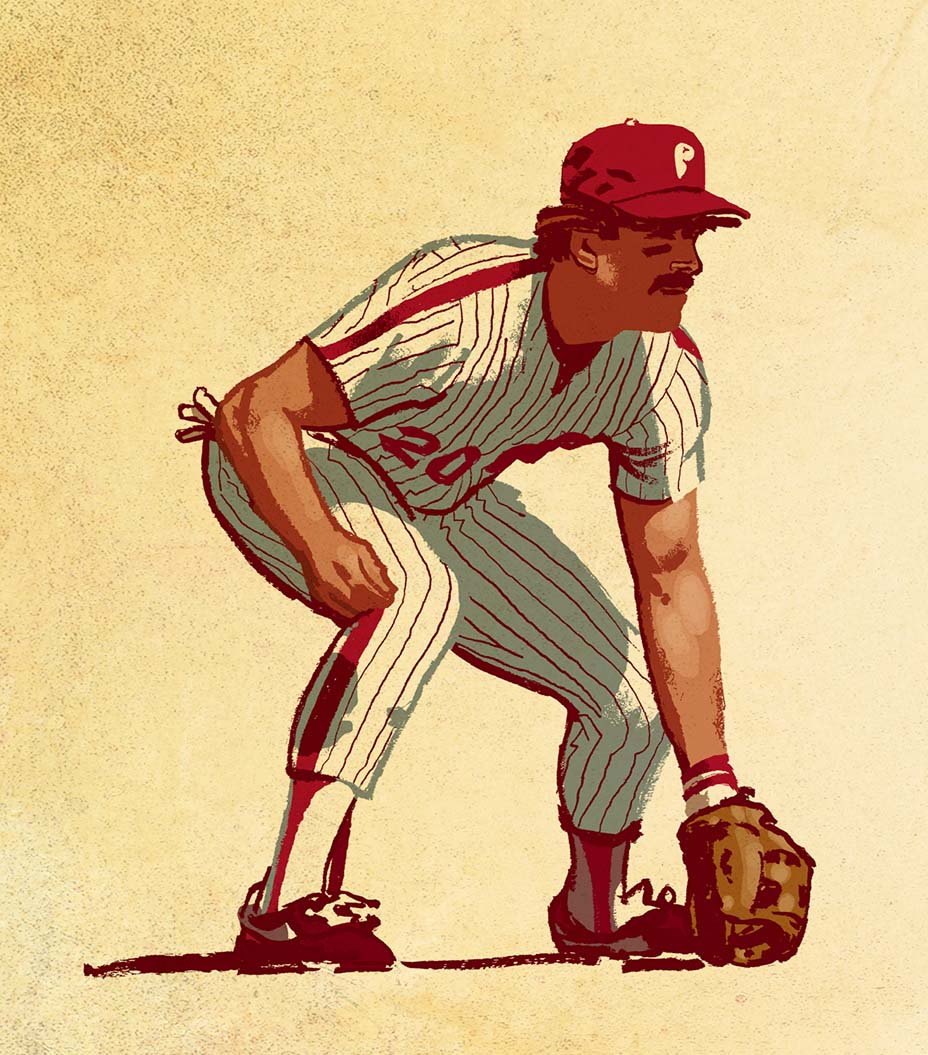 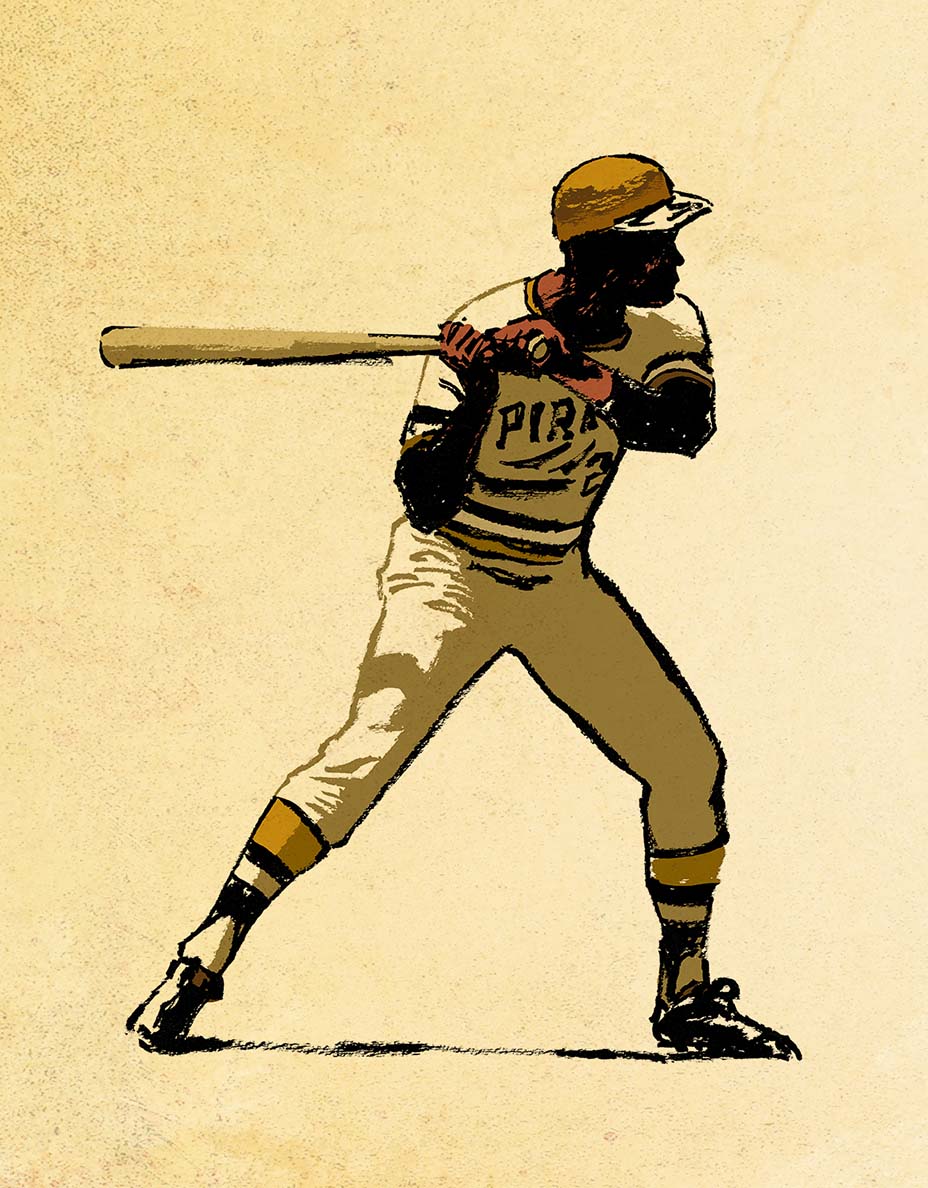