From Batman through Dark Nights: Death Metal, Scott Snyder is a writer known for telling big stories featuring some of the biggest heroes in comics. He’s also known for his original horror and fantasy work, including American Vampire, Wytches, and his current hit, Undiscovered Country, co-written with Charles Soule. Starting next year, he’ll add to the latter list with Nocternal, a new fantasy series co-created with artist Tony S. Daniel (Batman) — but fans have the chance to check it out early, thanks to a new crowdfunding campaign.

Nocternal takes place in a world where the sun stopped rising ten years earlier, creating an environment where anyone exposed to the darkness for too long starts to… change… The title, which will launch from Image Comics in early 2021, is the first release through Snyder’s own Best Jackett Press studio. In addition to Snyder and Daniel, the series will feature the work of colorist Tomeu Morey, and letterer Deron Bennett, and will be edited by Will Dennis.

“Valentina ‘Val’ Riggs is one of my favorite protagonists in a long time. Both Tony and I put a lot of heart into her creation and design,” Snyder told The Hollywood Reporter about the character at the heart of the new story.“ As a young child — in the time before the ‘nocternal’ — she had terrible cataracts and lived in a state of near blindness. She’s since had corrective surgery, but now, in this new, dark world, she uses the skills  she developed as a child to navigate the dangers lurking in the shadows. With her brother, Em, as her guide, she works as a ‘ferryman,’ driving people along the unlit, shade-infested roads in an awesome eighteen-wheeler loaded with all sorts of weaponized lighting.”

He continued, “She’s the type of character who lets me get to the kind of big-hearted, action-packed story-telling I enjoy most: Epic mythology, big thrills. That’s what Nocternal is for me and Tony — a reconnection to creator-owned with a book that speaks to everything we love about comics.”

“There’s something intimate yet rewarding about creating all of these characters, building everything and how we see it from scratch,” added Daniels. “From Val and Em, to the various Ferrymen, the survivors of this world, with all of their creative ways to keep themself illuminated, it’s all been satisfying to create and visualize this for the story. Since before setting pencil and ink to paper, I had a specific sense of style I wanted to convey. It’s important for me to be as unique as possible and enjoy the craft as much as possible. The big action pieces, the big rigs, the various ‘shades’ that inhabit this world, all of that is great fun, but I think where this series really will shine is with the characters.”

While Nocternal will debut as an ongoing series early next year, Snyder and Daniels are offering the chance for fans to get an early start with the Nocternal Collector’s Edition, a 72-page behind-the-scenes volume featuring Snyder’s script for the first issue alongside Daniel’s uncolored artwork, launching today as a Kickstarter campaign.

“I’m excited about showing our fans our process,” Daniel said about the Collector’s Edition. “This is something I’ve never done before because it’s very behind the scenes. We have Scott’s script accompanied with my art. Scott’s script is what I work off of, so there’s instructions, ideas, and dialogue. All of that information is what I use to design the visuals for the story. So it’s a real, intimate way for fans to see how writer and artist collaborate, and with this being a brand new series, you really see something special since we’re all in this together, doing this for the first time.”

Snyder said that the crowdfunded volume, and the idea of an early-release behind-the-scenes book — the Nocternal Collector’s Edition will ship to backers ahead of the release of the first issue of the Image Comics run — are both intended to offer fans a sense of ownership and connection to the project.

“The whole campaign [is] designed around that idea of connection,” Snyder explained, adding that the campaign and the Collector’s Edition “give fans pretty unprecedented access, and offer something personal and collectible at a time when real world circumstances are keeping us all apart. They’re a must-have for fans who want to be a part of this story — and this phase of our careers — from day one.” 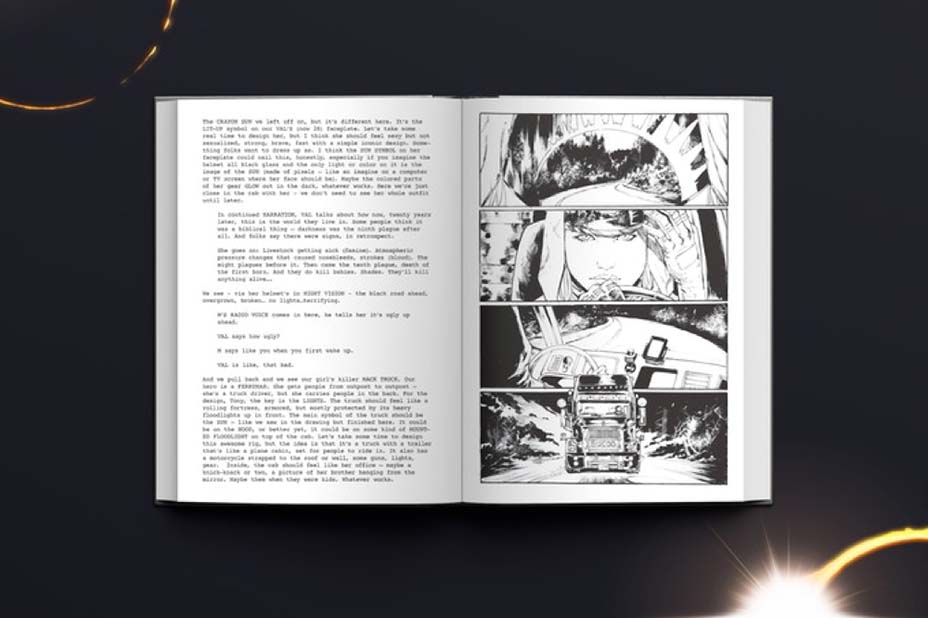 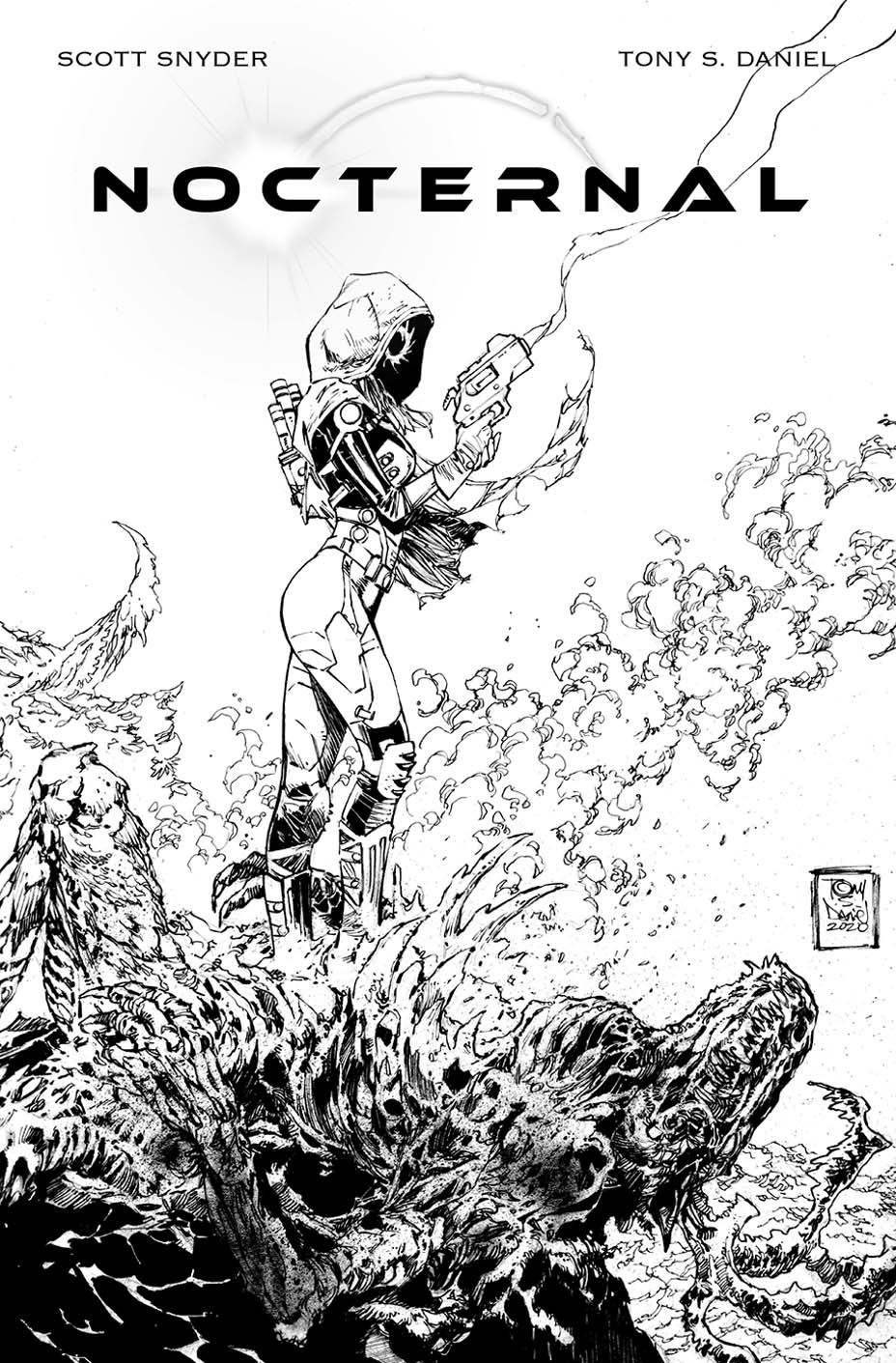 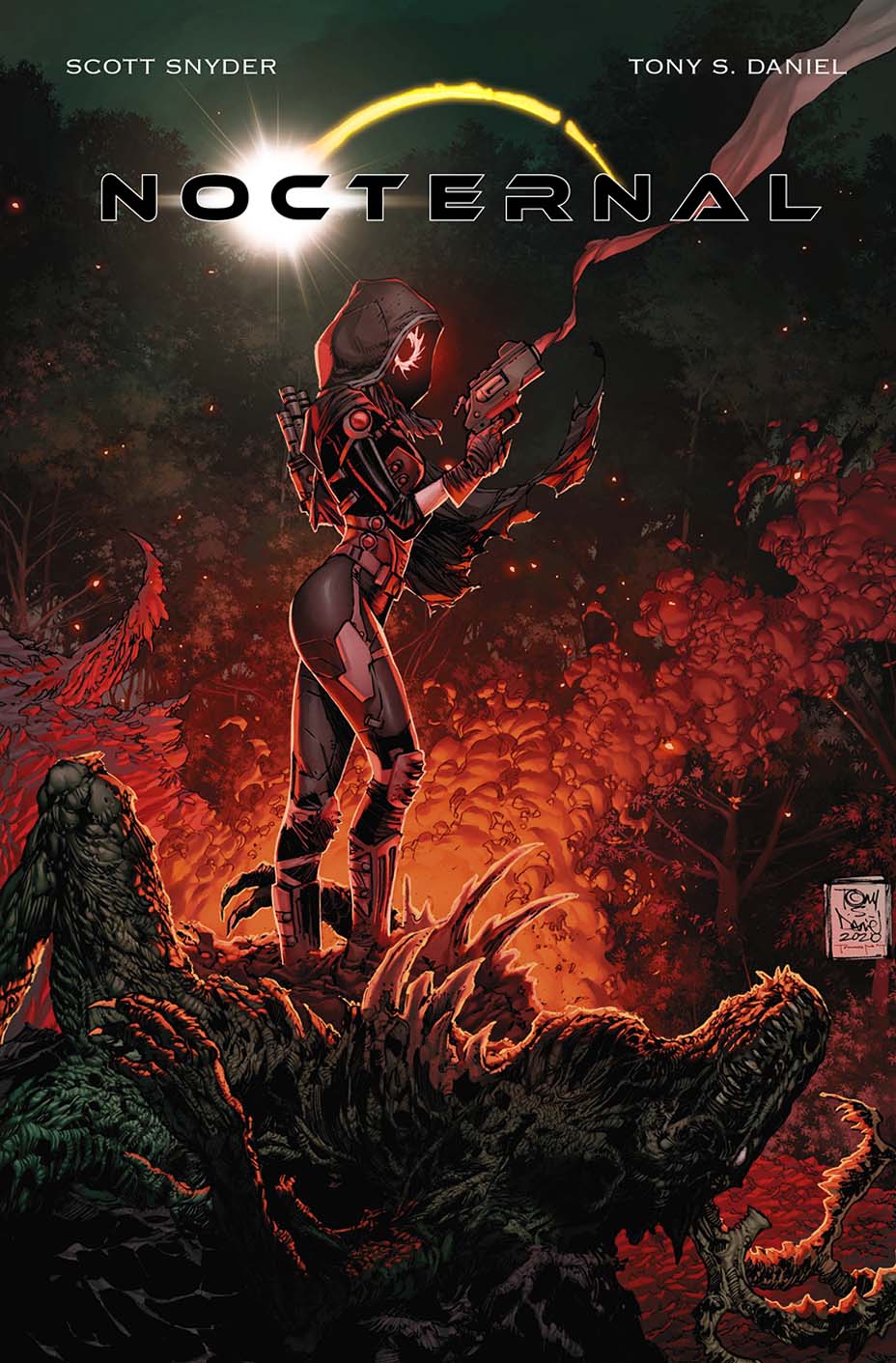