[This story contains spoilers from Beauty and the Beast.]

It’s a tale as old as time … with something new too.

Disney’s live-action adaptation of Beauty and the Beast includes a notable subplot that introduces Belle’s mother.

The maternal character was never present in the original 1991 animated classic, but the new version makes her absence the cause of a wedge between Belle (Emma Watson) and her father Maurice (Kevin Kline). She is first mentioned in an early scene when the two of them are at home, and Maurice is tinkering with a music box that features a couple with a newborn child. Belle is discouraged by how the villagers treat her like an outcast, and Kline encourages her to continue to be a strong woman, like her mother.

“My dear Belle, you’re so ahead of your time. This is a small village, and it’s small-minded as well,” he says of the villagers in contrast to the woman he loved. Still, he refuses to ever tell her why she’s no longer in their lives.

'Beauty and the Beast': 9 Differences Between the Live-Action and Animated Movies — and Why They Matter

All is revealed in the enchanted castle, when the Beast (Dan Stevens) shows Belle a magical book given to him by the woman who cursed him. The book can take any human to anywhere in the world simply by thinking of it — but since the Beast is not human at the time, he’s stuck there, left to look at the world he can no longer experience. When he invites her to place her hand on its pages and wish to be somewhere else, she closes her eyes and chooses “the Paris of my childhood.”

Soon, they’re exploring her home from when she was a baby, and that’s when they discover a beak-shaped mask, which was worn in the 18th century by doctors treating those with the plague. A flashback then shows Belle’s mother (Zoe Rainey) in her last days, begging a young Maurice (Jolyon Coy) to take baby Belle away so they both can have a chance to live. That’s how they end up in that “poor provincial town.” Belle later reassures Maurice about the truth he was never able to discuss.

Belle’s mother was briefly mentioned in early versions of the 1991 film’s screenplay, as well as the 1994 Broadway musical adaptation in the song “No Matter What” (“You are your mother’s daughter; therefore you are class. … creme de la creme,” sings Maurice to Belle).

But the idea to fully expand various backstories — including those of Belle’s mother, the beast and the household staff — was that of director Bill Condon. “Something that you have to do in a live-action version as opposed to the animated version is fill in the blanks,” he told The Hollywood Reporter. “They’re both outsiders, but how did Belle wind up being so different from everybody else in a town where nobody understands her, and how did the Beast become the person who earned that curse? That’s the stuff we started to fill in, and it was those questions that led to the new songs — all of which center on those ideas.” 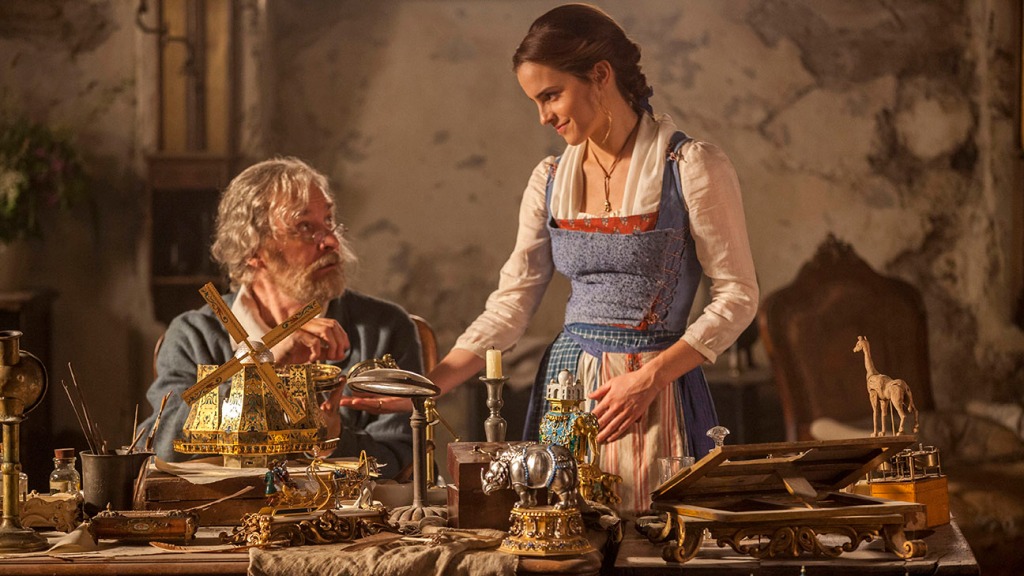 So why the plague? “The mom had to have died somehow. We went through many incarnations of ideas, but we also wanted to be truthful to the period. The plague seemed like a natural fit,” producer David Hoberman told THR. Added producer Todd Lieberman: “Because there’s so much emotion in the original movie, there’s also a lot of room to explain where that emotion came from. That’s one we wanted to explore.”

Composer Alan Menken and lyricist Tim Rice were tasked with writing a song to complement the subplot, which resulted in “How Does a Moment Last Forever.” “I wanted it to be very French boulevard,” Menken explained of the tune. “First you hear it from Maurice when he’s working on this music box, which is, unbeknownst to us, where Belle was born. Then, when Belle is brought by the Beast to the Paris of her childhood, it goes into these very French harmonies as an homage.”

The song ultimately asks “How do we hold onto those fleeting moments in our lives?” and, Menken believes, is particularly special because Celine Dion sings a version over the film’s end credits. “I think that song has some extra meaning for her because we lost her husband Rene [last year]. They were such a devoted couple.”

'Beauty and the Beast': 9 Differences Between the Live-Action and Animated Movies — and Why They Matter