More than thirty years before the Rogue One story hit the big screen, a very different type of Star Wars spinoff hit the small one.

1984’s Caravan of Courage: An Ewok Adventure came 18 months after Return of the Jedi concluded George Lucas’ first Star Wars trilogy and became a rating juggernaut for ABC. The film takes place before the events of Jedi, and tells the story of two children — a young girl named Cindel Towani (played by 4-year-old Aubree Miller) and her teenage brother Mace (Eric Walker) — who are separated from their parents after being stranded on the moon of Endor. They must rescue their mother and father with the help from the Ewoks, the adorable, teddy bear-like heroes audiences knew from Jedi.

True to Star Wars nature, the project was shrouded in secrecy, with Walker — then 15 — told he was auditioning for an after-school special, and that its producer would be viewing a videotape of the audition. Walker insisted on performing a gut-wrenching monologue he had prepared, a scene from “Acting Out,” a stage play about a kid growing up in an abusive home.

There must have been something in that monologue that caught Lucas’ eye, because Walker was flown up to northern California for another audition. He still did not know it was for Lucas or for Star Wars, but he was about to land the role of a lifetime.

He screen tested with Miller, to make sure they looked like brother and sister — and for another important reason.

Ten minutes after the test, he had landed the job, and a month later, the production was in full swing in Marin County, Calif. Lucas had written the story and then entrusted his friend John Korty to direct from a teleplay by Bob Carrau. 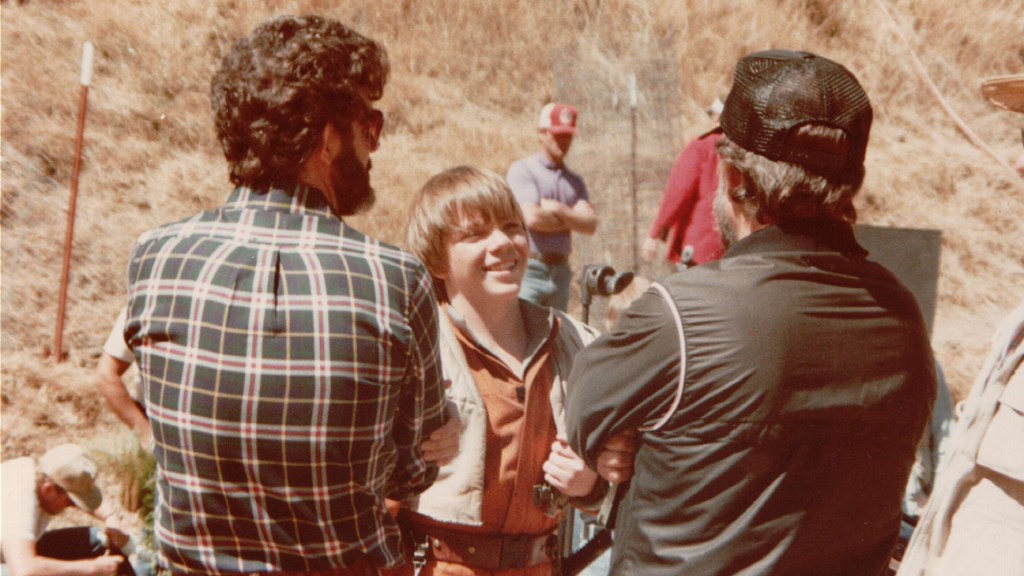 Lucas stopped by on occasion to oversee, which would send the production into high gear to please the boss.

“You could feel the mood change. It wasn’t that the atmosphere and the mood changed to something bad. It just started going 100 miles a minute the second he was around,” says Walker.

At the end of production, Lucas stepped in for a week of reshoots when director Korty was unavailable. While Walker describes Korty as an actor’s actor, Lucas is famously known as a technical director — someone who is comfortable working with special effects and can set up shots quickly.

“He was very organized, knows what he wants. He would give me the rewritten dialogue in handwriting. One scene might have only had four or five lines and suddenly it’d have 10 or 15 because, you know, he likes to talk,” says Walker — who wishes he had held on to those handwritten notes.

Walker spent time on set working on school work and palling around with beloved Star Wars actor Warwick Davis, who reprised his role from Jedi as the Ewok warrior Wicket.

“Warwick Davis and I were like two peas and a pod. Our birthdays are only a few days apart,” says the actor.

When they weren’t working, the pair roamed the set, making their own behind-the-scenes documentary for a school project. Lucasfilm encouraged the fledging filmmakers by renting a camera for them. (See a teaser below, which features some endearing unseen footage).

“I’m sure we were getting into trouble at the time, because we were teenagers. We probably weren’t the easiest people to deal with,” say Walker.

After the 1984 shoot, Lucas sent Walker a note thanking him for his hard work during the reshoots, and also sent him a Christmas present with all the latest Star Wars toys.

The two-hour film was a smash on TV, drawing 65 million viewers when it aired on ABC on Nov. 25. It spawned a sequel, 1985’s Ewoks: The Battle for Endor, which Walker briefly appeared in before his character was killed off. A trilogy had been planned, but a third film never materialized.

Walker went on to pursue a career in music (even taking inspiration from his time in the Star Wars universe). His friend Davis has maintained close ties with Star Wars, and has a small role in Rogue One.

Though the Ewok movies are no longer considered canon, Walker takes pride in breaking ground as the first Star Wars spinoff (unless of course, you count the ill-received Holiday Special).

“Technically, Caravan of Courage: the Ewok Adventure, was the first Star Wars Story, not Rogue One,” he says with a laugh. 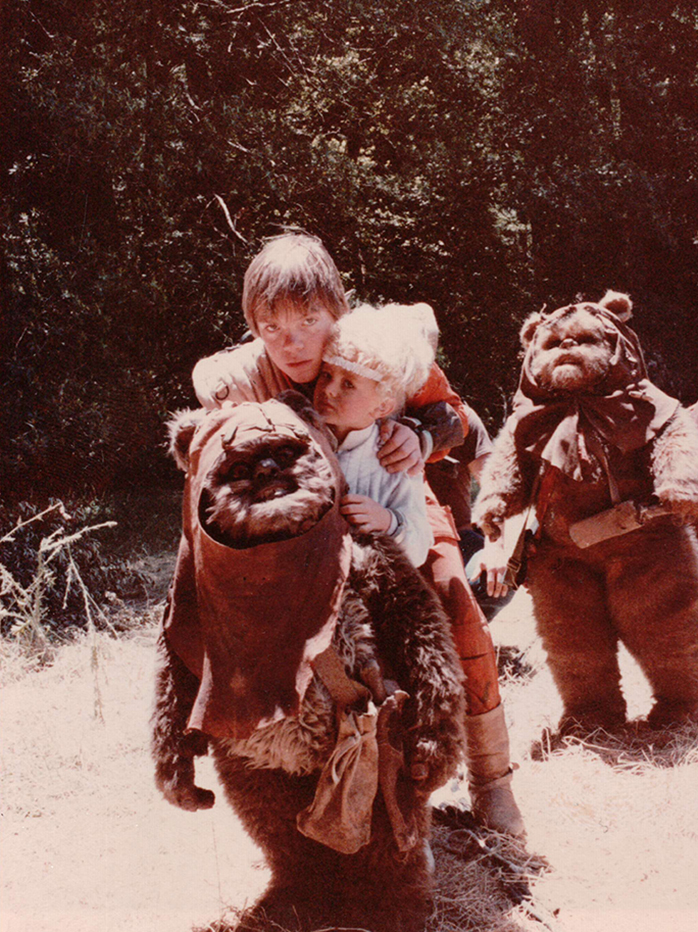