When Zoe Perry landed the female lead of the CBS hit Young Sheldon, she had a bit of an inside track — her mother, Laurie Metcalf, originated an older version of the role on The Big Bang Theory. “[Co-creator] Chuck Lorre was aware I had become an actor but not of anything I’d done,” says Perry, who had to audition for him. “I went in knowing that I had this odd connection on my side — there was a character already established by my mother, but I didn’t put much stock in the idea that this could be a slam dunk.”

Still, try explaining that to other actresses whose parents didn’t star in the hit source material, and they no doubt would roll their eyes. In a business with a seemingly infinite stream of hopefuls but only a limited number of opportunities, the perception surrounding most successful industryites with a famous last name is that nepotism was the predominant factor in their ascent.

Dakota Johnson on Growing Up in Hollywood: "I Keep My Therapist on Speed Dial"

“A lot of people in the industry are self-conscious about their way in,” says writer Max Landis, son of filmmaker John Landis (Animal House). “Everybody wants to be Drake. Everybody wants, ‘Started from the bottom, now we’re here,’ when in reality, you started from Pacific Palisades and now you’re in Los Feliz.”

In 2005, the then-20-year old was approached by Aperture Entertainment’s Adam Goldworm to write for the series Masters of Horror. He says the manager simply liked his spec. It just so happened that Landis’ father was already involved with the show as a director. “For the rest of my life, my first IMDb credit will be with my dad,” he says. “I’m self-conscious about it.”

There’s no doubt that having a Hollywood lineage helps with getting a foot in the door. J.J. Abrams, whose father is TV producer Gerald Abrams, sold his first produced screenplay, Taking Care of Business, when he was an undergrad at Sarah Lawrence. Many children of top entertainment executives have landed plum gigs while still in their 20s. Disney Studios chairman Alan Horn’s daughter Cody Horn nabbed the female lead in Warner Bros.’ Magic Mike (as the onetime Warners president, Alan had a long-standing relationship with director Steven Soderbergh). Sam Levinson got the gig to co-write HBO’s The Wizard of Lies, directed by father Barry Levinson. And though she had no feature directing credits under her belt, Hallie Meyers-Shyer (daughter of Nancy Meyers) was entrusted to helm the recent Reese Witherspoon starrer Home Again.

On the business side, UTA chairman Jim Berkus‘ son Jordan Berkus is an agent there with high-profile clients like Greta Gerwig. Music industry power player Irving Azoff’s son, Jeffrey, joined CAA as a full agent in his mid-20s before launching Full Stop Management. Producer Peter Chernin’s daughter Margaret Chernin is a vice president at Color Force (she earlier worked at Matt Damon and Ben Affleck’s Pearl Street Films). And last year, Management 360 hired Sam Grey (son of late Paramount chief Brad Grey) to be a manager and producer (he had worked at Lorne Michaels’ Broadway Video, which had a deal at Paramount). 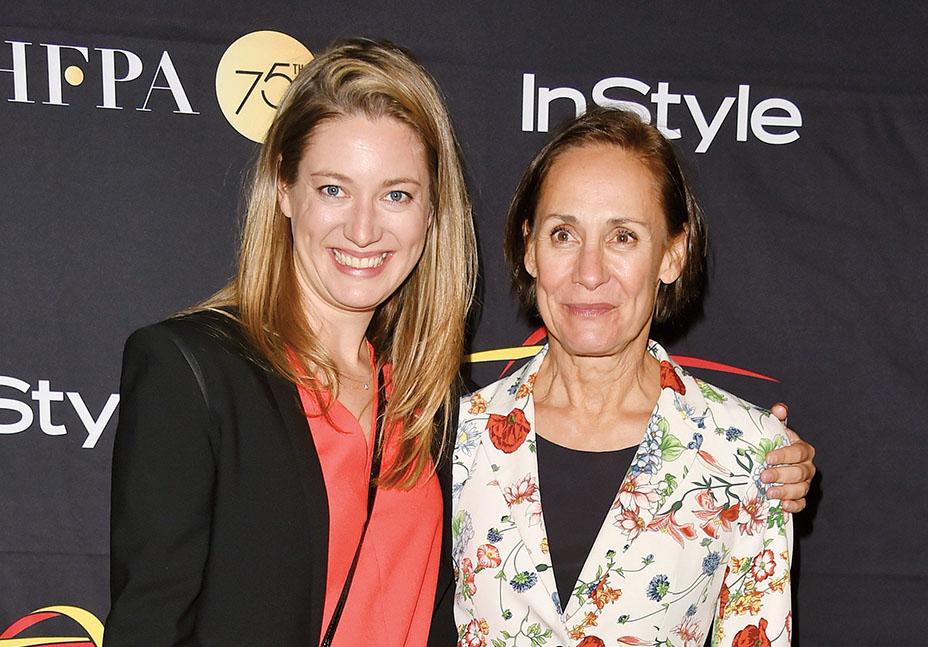 Unsurprisingly, creatives and execs with such deep connections argue that industry bloodlines are a double-edged sword and that a famous name alone cannot sustain a career. They point to outsized expectations. And it is certainly true that for every second-generation Eisner or Katzenberg, there are just as many who never parlayed their background into a viable career, like TV producer Aaron Spelling’s daughter Tori, whose acting career fizzled after Beverly Hills, 90210 — or his son, Randy, who struggled for years before becoming a life coach.

Some Hollywood spawn eschew the business altogether — like Irwin Winkler’s son Adam, who is a constitutional law scholar and frequent guest on CNN (though his other sons, Charles and David, are producers).

But for those who follow in the family business, the assumption of unearned success hovers. Writer-director Charlie McDowell, son of Malcolm McDowell and Mary Steenburgen, vividly recalls the day in 2006 when he graduated from AFI, a grueling two-and-a-half-year program. “I remember someone came up to me and said, ‘You’re gonna make it because of who your parents are,'” says McDowell, whose credits include indie breakout The One I Love and TV episodes of Silicon Valley and Legion. “People look at you like, ‘Oh, you were handed the keys to the car. It’s that easy.’ In reality, all the people [who are making the decisions] really care about is: ‘Do you have talent?'”

Like many in his position, McDowell has learned to follow a few self-imposed rules — he never mentions his family when taking meetings and has made it a priority to carve out a sensibility dissimilar to either parent. Others say they learned early that they needed to exceed the work ethic of the previous generation.

Matthew Baer, who produced Angelina Jolie’s Unbroken, got his first job in the business on the set of 1987’s Lethal Weapon as an assistant to helmer Richard Donner because his father, late TV legend Richard Baer (Leave It to Beaver), was close friends with the director (the elder Baer himself benefited from the fact that he was the nephew of RCA broadcasting pioneer David Sarnoff). “I did the most menial work that you could imagine that summer,” says Baer. “And Dick Donner saw that I would do anything because I was so happy to be a part of Lethal Weapon. But if you do not work as hard as everybody else, eventually it catches up to you. I’ve seen it. If you’re the son or daughter of the head of an agency or studio and you act like your shit doesn’t stink, then you’re in trouble. You’re instantly viewed unfavorably.”

In fact, the flip side of nepotism is that a beneficiary often will be judged more harshly than a person with no familial ties, a stigma that takes on added weight whenever there’s a nepotism-related misfire. Consider the case of the Smith family and the After Earth debacle. In 2012, when the film entered production, Will Smith was the biggest star in the Sony fold, and he leveraged his standing to propel son Jaden to above-the-title status. The $150 million film’s marketing campaign featured both actors with equal prominence. The elder Smith also lined the producer ranks with immediate family (wife Jada Pinkett Smith produced alongside her brother Caleeb Pinkett). When the film became one of the most expensive bombs of 2013, the failure largely was attributed to Smith’s overreach as opposed to poor reviews or confusing marketing.

In the wake of After Earth, Jaden Smith has mostly been relegated to TV (Netflix’s short-lived series The Get Down). When it comes to big-budget tentpoles, it is unlikely that any studio will ever acquiesce to a star that way in the future. Similarly, at the height of former Disney chief Michael Eisner’s prowess, son Breck received one chance to direct a tentpole with 2005’s Sahara. The Matthew McConaughey-Penelope Cruz adventure proved to be a box-office disappointment (costing $130 million and earning just $119 million worldwide), and Eisner became the poster boy for the perils of nepotism. Never mind that many newbie directors sans connections, like Joachim Ronning and Espen Sandberg (Pirates of the Caribbean: Dead Men Tell No Tales) or Colin Trevorrow (Jurassic World), have been entrusted with major franchises. The post-op analysis hammered at Breck’s powerful father. He has yet to receive another gig with a nine-figure budget, though he continues to direct.

STXfilms chairman Adam Fogelson, the son of former Warner Bros. marketing honcho Andrew Fogelson, says children of industry parents also inherit some less obvious negatives (“You have a parent who has made one or two enemies along the way, and you carry that baggage,” he notes.) Regardless, he sees Hollywood nepotism on the wane because of the increasingly corporate nature of the studios: “The business of Hollywood has become so much more of a business than it was when I began. While it still helps to know somebody, the value of nepotism has gone down in the decades since I started.”

Producer Eric Eisner, another of Michael Eisner’s three sons, echoes that sentiment when surveying today’s landscape. “Maybe your name helps you get in the door, but once you’re in the door, you’re on your own,” says Eric, whose Grateful Dead film Long Strange Trip recently was shortlisted for the feature documentary Oscar. “Once real business is on the table and people are talking about real money, it doesn’t matter who you are. You always fight that nepotism label. But the more you meet people and they realize you are a person of substance, that goes away.”