Another pandemic year of movie watching has flown by, and it seems like there’s more to watch than ever before. But a lot of times it feels like filler. Where is the good stuff, the inspiring stuff, the stuff that dreams are made of? Don’t we need this more than ever now?

One thing many movies did this year was lean hard on the idea of the power of the outcasts, their bonds, their quirks, their maligned status that nevertheless makes them shine. It’s an idea many can relate to, and in some ways, with many of us getting sick or trying not to get sick, maybe we all feel a little outcast in these times, looking for connections where we can.

Let’s take a look at the good stuff … 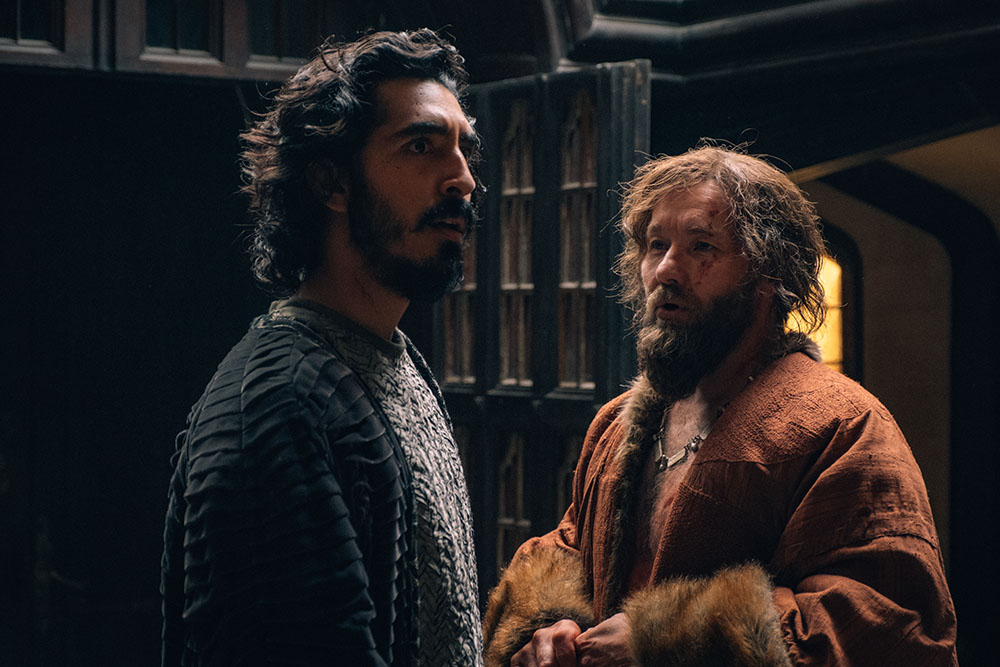 We will admit we were a little WTF with this one, an adaptation of a 14th century poem rooted in Arthurian lore that is trippy, hallucinatory and confusing without a little help from CliffsNotes. It is a knight’s quest starring Dev Patel, with Alicia Vikander, Sarita Choudhury, Joel Edgerton, Barry Keoghan and Ralph Ineson supporting, but in the hands of filmmaker David Lowery, who continues to channel 1970s movie vibes in his work, it becomes a beautiful adult fantasy, a transportive meditation on death, legacy, pride and courage. 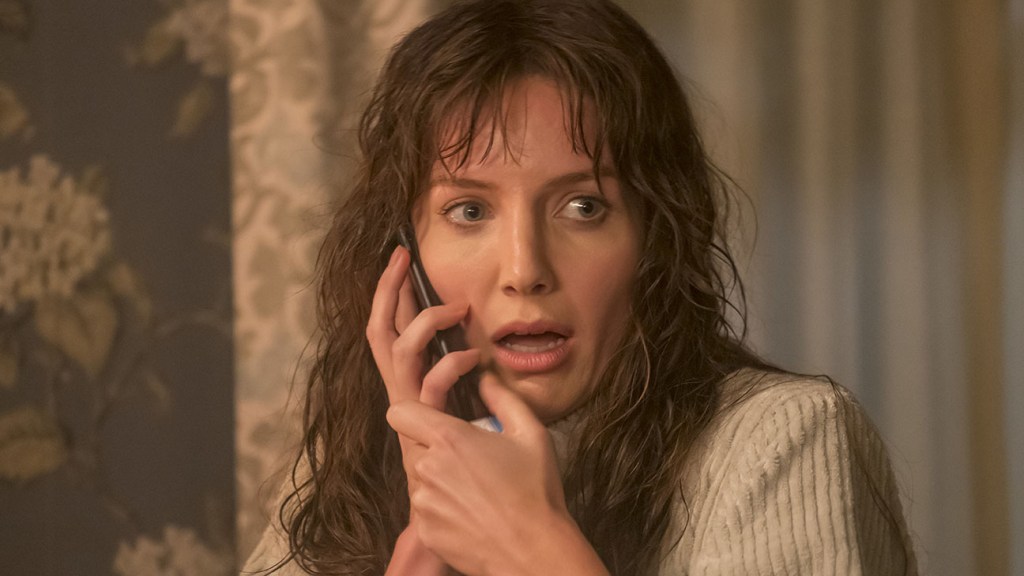 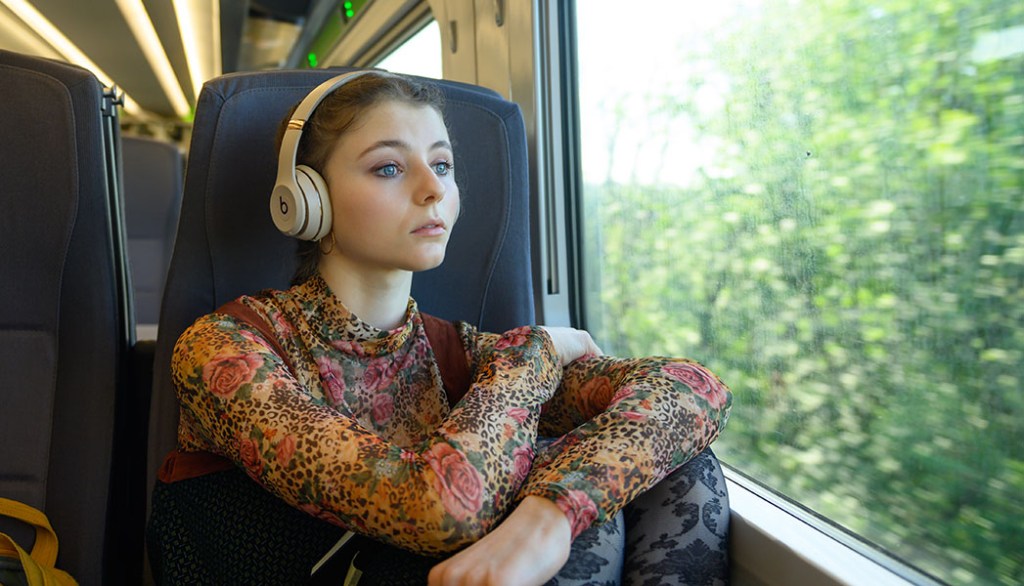 The most ambitious and mature work yet from Edgar Wright, the filmmaker behind Baby Driver and Shaun of the Dead, Soho vividly brings back to life 1960s London (or at least our idealized memory of it) in a gorgeously fashionable movie that is part ghost story, part time-travel jaunt, part murder mystery. It’s a tricky balancing act that is helped by stars Anya Taylor-Joy and Thomasin McKenzie, who buttress the movie with their performances. 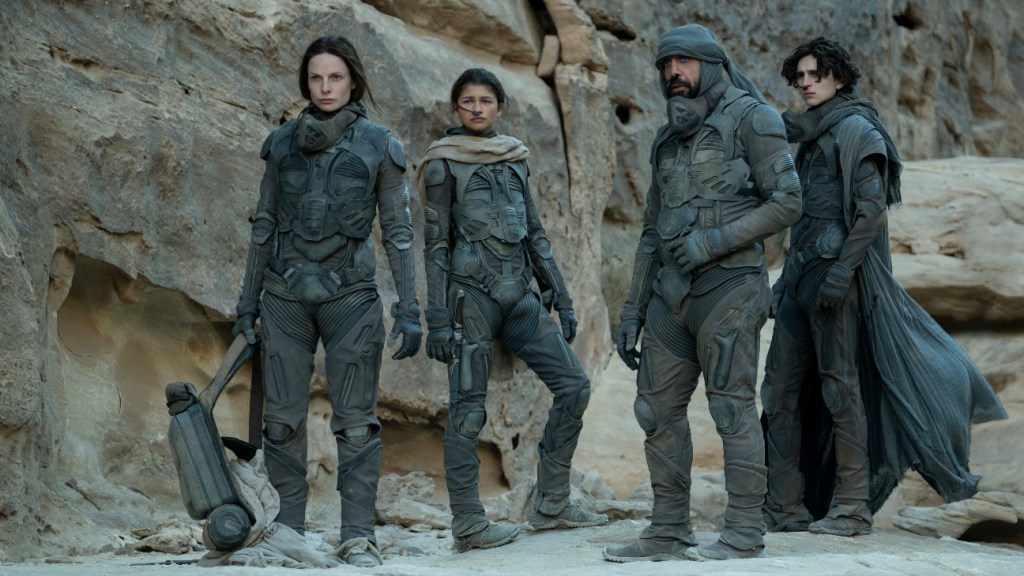 Yes, it’s half a movie. Yes, that’s annoying. But what a half. Very few filmmakers excel at world-building like Denis Villeneuve, taking on the very difficult task of adapting Frank Herbert’s dense sci-fi classic novel. There is a “roller coaster ride” version of this movie that a studio could have done with this story — and destroyed everything about it — but Villeneuve remains as faithful to the source material as he can while also being true to himself, making a very Villeneuve film that keeps many emotions at arm’s length while displaying the kind of filmmaking that is immersive and dazzling. 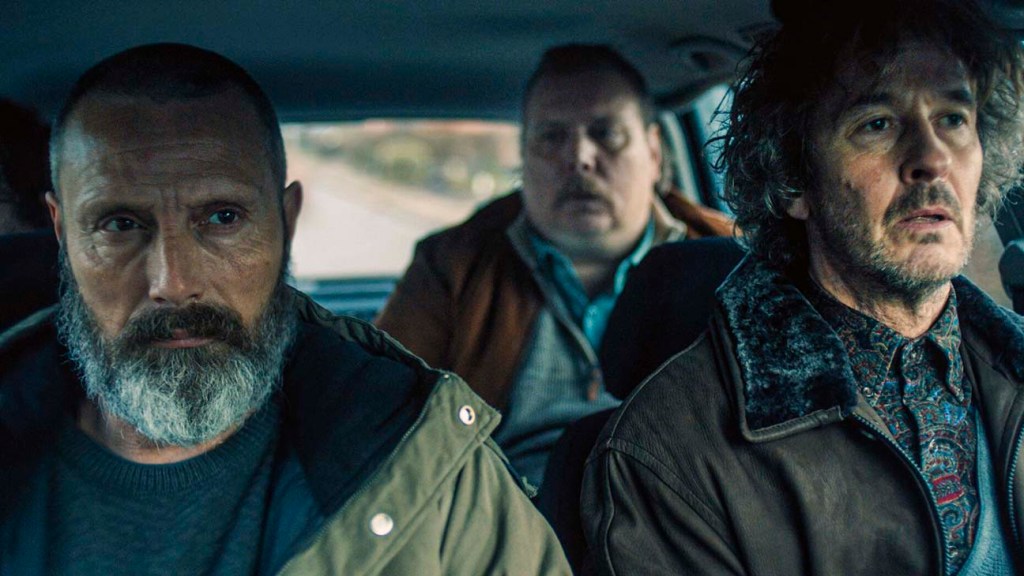 This Danish action-comedy, now streaming on Hulu, may feel like it skimps on action or is light on comedy, but it’s all Danish, for sure. Mads Mikkelsen plays a stoic soldier who is forced to come home from the Middle East because his wife was killed in a train accident. Now he has to contend with his grieving teen daughter, who hates his guts, and more distressingly, with a bunch of oddball loser geeks who say his wife’s death was no accident, and they have the algorithms to prove it. Now he must find those responsible. I’m not sure how an American studio will tackle the eventual remake, but the movie works because of how it eschews easy revenge action movie beats, frankly examining grief and trauma, past and present, and presenting the relationship between Mikkelsen and Andrea Heick Gadeberg, who plays his daughter, in a refreshingly honest way. 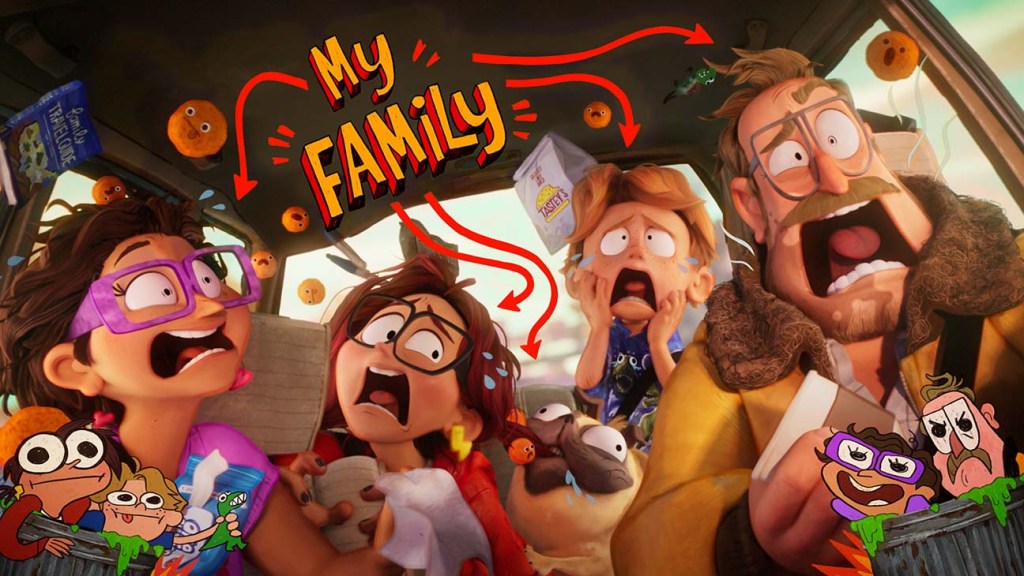 5. The Mitchells vs The Machines

The whipsmart and speedy comedic stylings of producers Phil Lord and Chris Miller are all over this Sony Pictures Animation film, which was released by Netflix. The plot focuses on a dysfunctional, unruly family that becomes humankind’s only hope when a warm and fuzzy operating system (and its devices) turns on its users and ushers in a robot apocalypse. The film gives director-writers Michael Rianda and Jeff Rowe a chance to tackle silly set pieces poking fun at modern corporate-consumer culture, but it’s the two ideas found underneath that we fell for: 1) the father-daughter relationship at the movie’s center, and 2) the embrace of artsy or marginalized weirdos who never feel normal but find their kin. 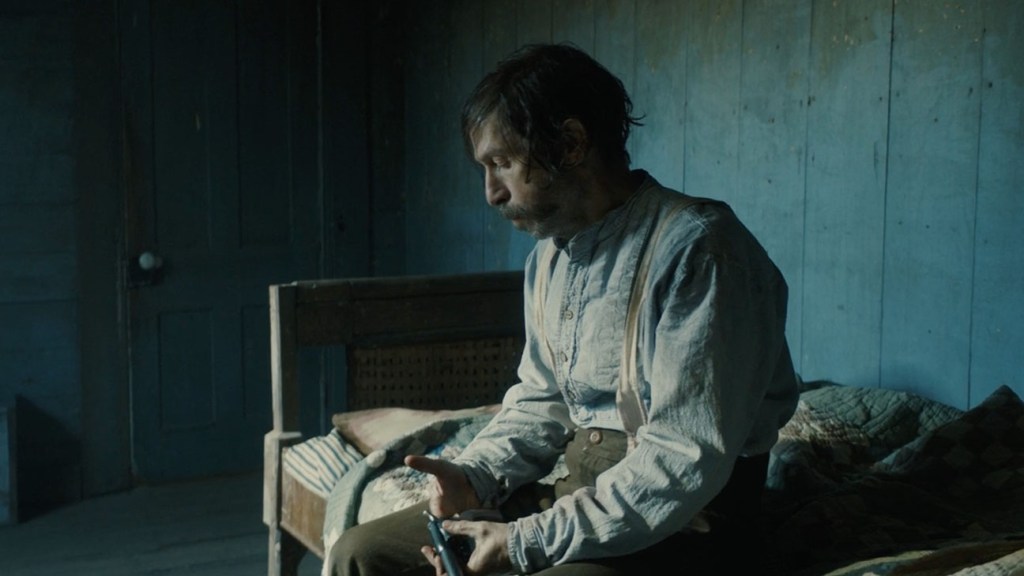 Yes, it has the trappings of Westerns seen before — the humbled-by-life old man who wants to be left alone but is secretly one heck of a gunslinger, trouble that comes riding in, the climactic gunfight — but in the hands of writer-director Potsy Ponciroli, these elements are given a new pair of boots via authentic period details and even a historical twist with an assured, measured approach. What gives the movie its true grit is the anchoring performance of Tim Blake Nelson, who steps forward from supporting player to lead, and gives his weary farmer a lived-in and tragic feel. 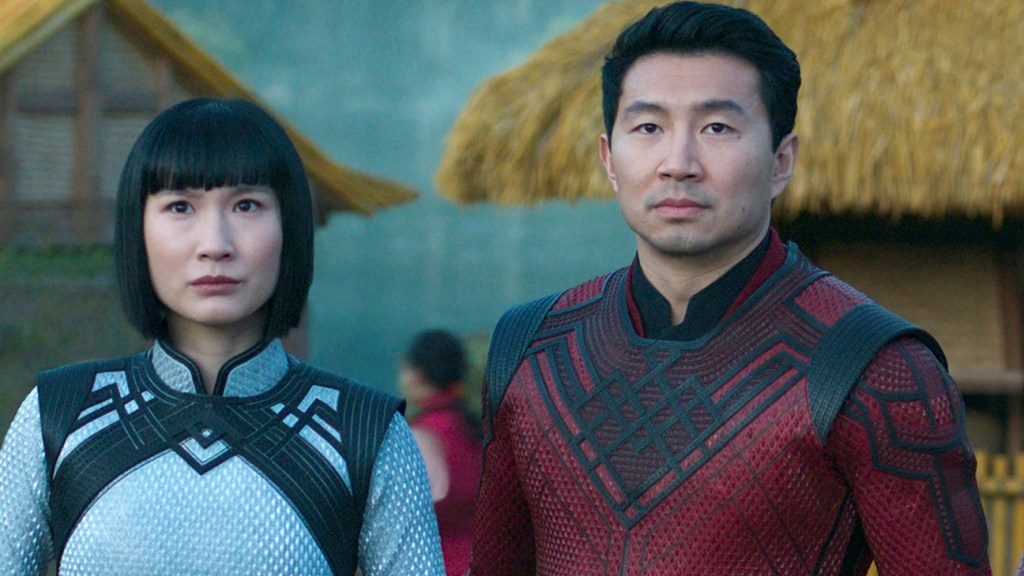 3. Shang-Chi and the Legend of the Ten Rings

Marvel movies sometimes work best as family dramas, and this one, about a son who must reface his father and the life he left behind years ago, proves surprisingly likable and fresh thanks to the chops that filmmaker Destin Daniel Cretton and actor Simu Liu bring. We’re treated to an unexplored and culturally rich pocket of the Marvel Cinematic Universe, we get one of the best action sequences of the MCU movies, and we get one of the more magnetic MCU villains thanks to the calm gravity of Tony Leung. The Marvel movie of the year. 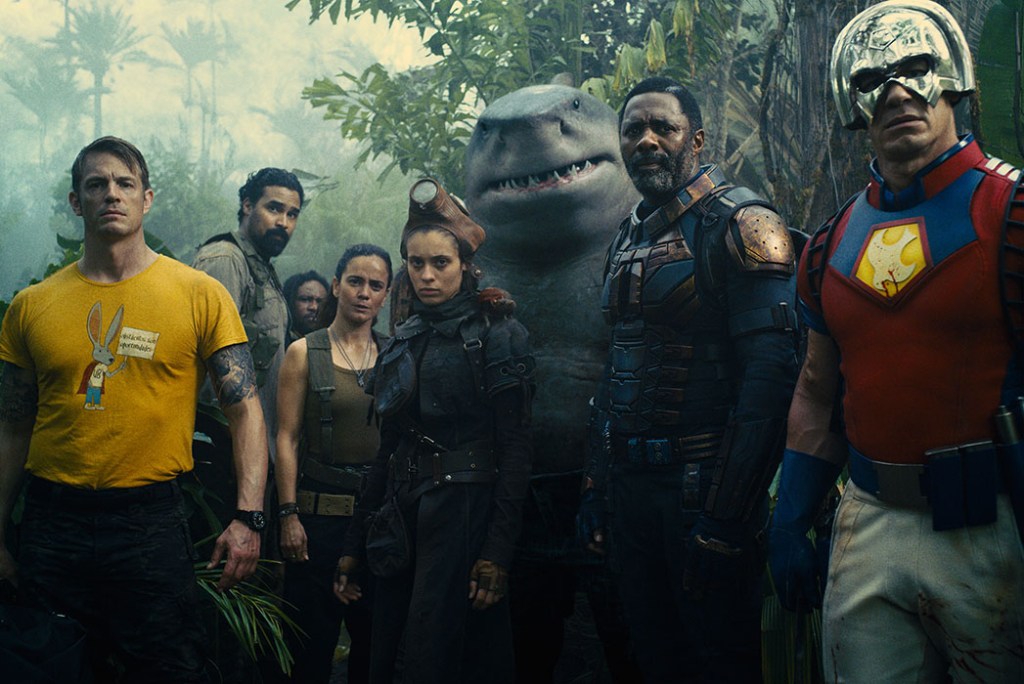 James Gunn parachutes into the DC universe guns blazing with a reboot/remake centered on loser villains (or as the movie calls them, “fucking idiots”) forced to take on doomed missions. The filmmaker blows up expectations and rules in the process. Gunn balances profane humor and blood-splattering action with human drama and heartfelt moments, pulling the rug from under the viewer in any given scene. Squad offers up indelible imagery, imaginative scene transitions, treats us to the best Harley Quinn (Margot Robbie) yet, and gives us the awesome sad sack tragedy of the Polka Dot Man (David Dastmalchian).  The comic book movie of the year. 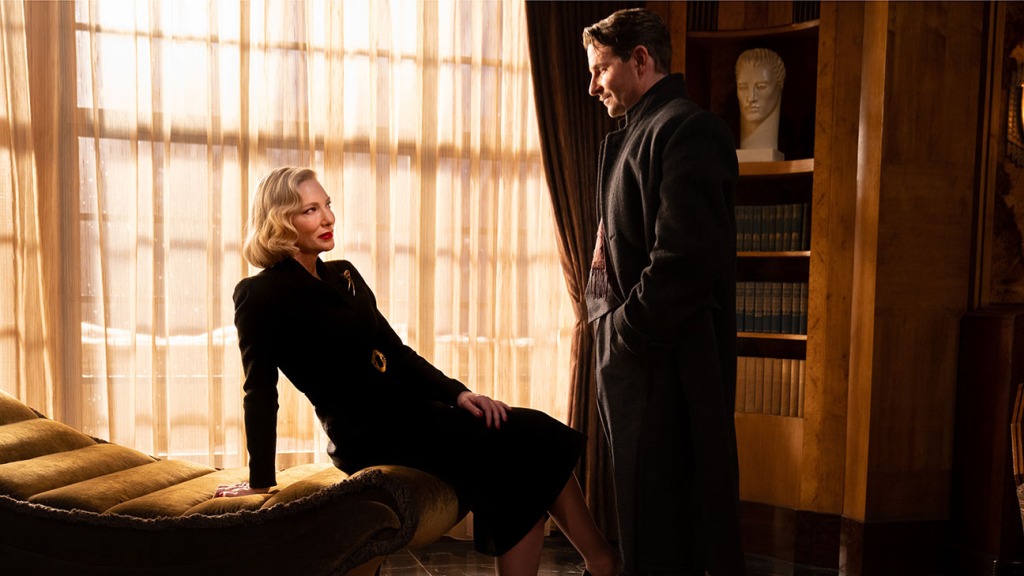 Not necessarily the most obvious choice of material, given Guillermo del Toro’s history of various creature features, but thematically, the monstrosity of men’s hearts has always been a key feature of the filmmaker’s work, and boy, does this one have it in spades. In his most accomplished and complete work, del Toro unveils a tale of a drifter and grifter, played by Bradley Cooper, who ensconces himself into a carnival show, and then discards its family of freaky and geeky denizens when he learns the tricks of the trade. Next, he moves to the big city to up his game, only to meet his match in a manipulative psychiatrist. The production design is dazzling, equaled by the starry cast; Cooper is a career high, David Strathairn is soulfully tragic, and Cate Blanchett is a femme fatale that slinked out of a Will Eisner comic.

In this year’s many movies that showed the power and love of the outcasts who are willing to embrace the odd and the different, it is fitting that it ends with a movie about a man who is offered that, uses that, abuses that, renounces that, and pays a terrible price. Revenge of the nerds, indeed.