James Cullen Bressack is bringing out the dramatic side of Tom Green with Bethany.

Green, the comedian known for his raunchy Tom Green Show on MTV, takes a dramatic turn in the horror film, which is on VOD and in select theaters Friday.

Bethany centers on a young woman named Claire (Stefanie Estes), who moves back to her childhood home only to be haunted by her imaginary friend from when she was a child. Along the way, viewers meet her therapist (Tom Green) and husband (Zack Ward), with Shannen Doherty also appearing as Claire’s late mother.

Bressack has been directing at a fever pitch since he was 18, and now at 25 Bethany marks the culmination of his indie horror career (at least for now) as he eyes other genres. In a conversation with Heat Vision, Bressack shares the deep investment his father (Emmy-winning Pinky and the Brain writer Gordon Bressack) has in reading his son’s reviews and why horror and comedy aren’t so different.

You’ve said this may be your last horror movie. Why is that?

I’ve been making horror movies since I was 18 years old. I’m going on almost 14 feature films now with 12 of them being horror movies. It’s feeling it’s time for me to explore other genres, because I either need to step up in budget in horror, which isn’t quite happening, or I have to go to another genre and I can come back to horror when I get those bigger budgets. Staying in that horror headspace is kind of hard as well, because I’m constantly thinking, “What’s a good idea for a new horror movie?” I’m thinking, “How can I die in this situation?” Bethany was a high note to stop doing horror on. And that’s not to say I’m never going to do it again, it just means in the foreseeable future, all the movies I have planned right now are not horror.

Tom Green shows off another side in this movie. What were those conversations like about convincing him to be in the project?

Just as horror people aren’t that dark all the time, Tom is really funny — but also comedians aren’t always hilarious all the time. He’s a very calm and reserved person, which is very different form his stage presence. I just saw a different side of him in meeting him that kind of shocked me. I said, “You would be really good in this movie because I’m seeing a side of you I didn’t know was there and I’d like to show people that.” He was all for it.

Do you see a connection between horror and comedy?

For comedians to be able to create jokes, they do something similar to horror filmmakers, where they see the dark side of humanity but then they make a joke out of it. I think as a comedian, he’s seeing the dark side of humanity and I think that is also why they have that depth and darkness to them as well. We really see that with Tom’s performance. Tom is really able to show people he is an accomplished actor in this film and I definitely think people are going to see a side of him they didn’t know was there.

You’ve had a number of projects with Shannen Doherty. What is your working relationship with like?

We’ve been really good friends. Instant friends from the moment we first met. We met for dinner before filming [2014 Animal Planet film] Blood Lake and we just instantly got along and we decided we were going to do a whole bunch of stuff together and we have. She is an amazing actress and really easy to work with and a sweetheart. I definitely have always appreciated Shannen taking the risk on me as a filmmaker and being involved with all of my projects, big or small, and I’ve also really enjoyed our collaboration. While filming this movie, there are a lot of emotional scenes that her character has and I think the trust that we’ve built across all of the films we’ve done together enabled her to be able to let loose on screen within that role and really go to the dark places she had to, because we had that trust.

Do your parents watch your movies?

My dad watches all of my movies. Not only does my dad watch all of my movies, but he reads all of my reviews and then he’ll call me to discuss the review with me. “Oh, this person didn’t like this one part of the movie.” My mom [voice actress Ellen Gerstell] is a huge supporter of what I do, but she’s not really a horror fan so she doesn’t really watch the horror movies. She watched my Lifetime movie [If Looks Could Kill] and she’s watched some of the lighter stuff of mine and she likes that, but she’s not into the bloody, gory stuff.

You wrote your next movie, the animated film CarGo, with your dad. What’s was it like working with someone as accomplished in that space as him, and it also happens to be your father?

We are finishing up. It stars Haley Joel Osment, Ed Asner and Melissa Joan Hart. It’s an animated musical. It has a father-son dynamic in the movie. It’s about a kid who is slightly responsible for his father breaking down and being sent to an island called Clunker Island, where they send the broken down cars. He goes on an adventure to save his dad and put him back together. Writing it with my dad was a really amazing experience, because I grew up watching my dad write scripts. I would go to the recording studio with him when I was a kid. I never wanted a handout in this business at all, so I went and did horror, I did everything on my own outside of him and then when I was finally able to hire him to work with me, I did. I still learn stuff from him and that experience was just a magical thing, and that movie is really going to hold a special place in my heart because it is the thing I did with my dad.

Do you have any opening weekend rituals or superstitions? You’ve got a Q&A this weekend for the movie.

I’m the person that can’t watch my movies with other people. On Saturday, I think I’m going to introduce the movie and then go hide next door and come back when the movie is over. Do the Q&A. I can’t watch it with an audience, because I won’t watch the movie. I’ll watch them and be like, “Uh oh, are they jumping where they are supposed to?”

My grandmother, who was very close to me and a huge supporter of me and my work as a filmmaker, she passed away when I was 18, before seeing my movies. She was a huge supporter of me and always told me I was going to build skyscrapers from the top down and just really believed in me. I’ve made 14 movies and I didn’t make anything I thought was good enough to dedicate to her until Bethany. Bethany I dedicated to her memory because I thought I finally made something that was good enough for her.

Bressask is hosting a screening and a Q&A of Bethany Saturday with castmembers James, Stefanie, Anna Harr on Saturday, with Doherty also likely to attend. It starts at 7:30 p.m. at Laemmle Music Hall in Beverly Hills. Tickets are available for purchase. 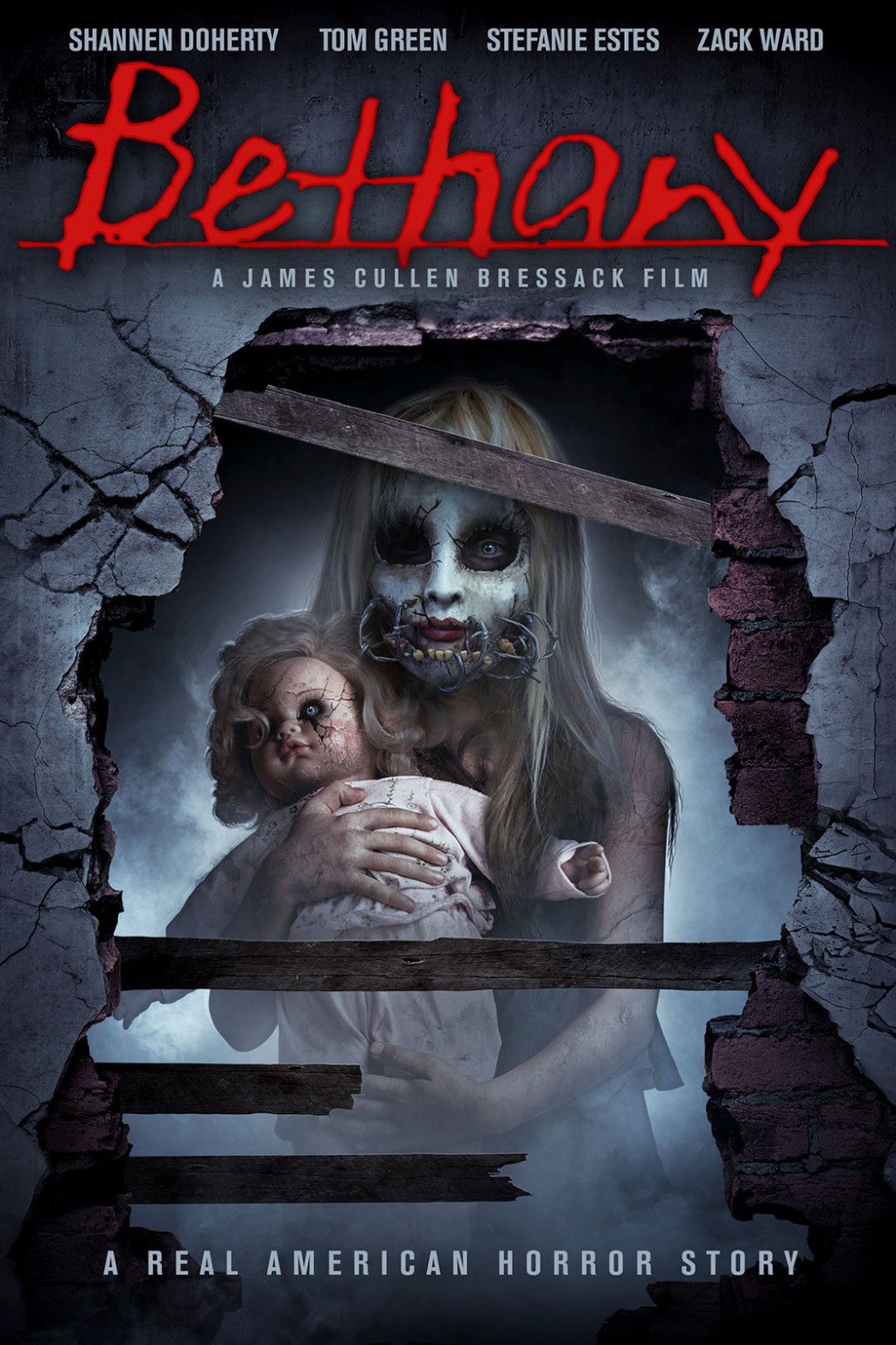