Bingo Love is a comic unlike any other — which might explain the buzz surrounding its upcoming release from Image Comics.

The creation of Tee Franklin, the woman behind Black Comics Month, and artists Jenn St-Onge and Joy San, Bingo Love is a love story with a difference: It reunites two African-American women decades after their initial love affair, when both have not only children, but grandchildren and extended family to deal with.

Originally announced as a crowdfunded indie campaign, the graphic novel was picked up by Image Comics last year, and has already been announced as going back to print weeks before the first edition hits shelves. Heat Vision talked to Franklin about the project, and what it is about Bingo Love that has audiences so excited.

Where did the idea behind Bingo Love come from?

I’m sure it was a lazy day — as I have those from time to time, because self-care is important to me — and while I was watching TV, I saw a heart hospital commercial featuring two older black women. These women were sitting on these brownstone steps and started to sprint walk, while walking, an older black gentleman was walking the other way and smiled. They turned around to look at him and just started to giggle like high school girls. I instantly thought how dope that commercial would be if they were looking at a woman instead of a guy.

I totally zoned out after that, I grabbed my notebook and started to jot down ideas for a story which turned out to be Bingo Love. It’s wild how random things inspire you.

How did you hook up with Jenn St-Onge and Joy San? What they bring to the story is immeasurable.

I am extremely blessed to have Joy and Jenn help bring Bingo Love to life. They’re so talented! I put out a tweet looking for artists who were available for a paid gig on a romance comic — many submitted, but it wasn’t exactly what I was looking for. I then remembered that Jenn and I were going to work on a YA series I was writing, and asked if she was free. I was thrilled when she said yes.

Immediately Jenn started taking the ideas I sent her for Hazel and Mari, the queer grandmas of Bingo Love, and came up with some beautiful concepts that made me cry. It was during this time that I also put out another ad looking for a colorist. Joy San had placed her link in the tweet and Jenn knew of her work and, as you can see, that was definitely one of the best decisions I made.

Jenn and Joy breathed life into my words and I am forever grateful.

There’s such a humanity they show in all the characters.

Here’s the thing: While it may or may not include bingo, this is someone’s life. Lately, we’ve been seeing feel-good articles where men and women in their sixties, even some in their nineties, are coming out of the closet. These people coming out so late in life have been married with kids. I was married with children. I have three children — 24, 17 and 15 — and I was married for quite a long time, albeit an abusive marriage, but I came out just last year to other members of my family via an article in the Huffington Post. I told my children a few years ago, and they subsequently “duhh’d” me because they already knew I was queer.

There were many times when I cried while writing Bingo Love, because it reflected not just my life, but so many others who just want to be accepted by their families. Many don’t have that luxury of acceptance, I know I didn’t when I was growing up. So I waited until my children were old enough to tell them and in the meantime, I taught them to be accepting of others, which led to them being accepting of me.

Was there any nervousness about writing a story that’s so unusual for comics on any number of levels? Comics is a medium that can do anything, but comics is also an industry where a romance between two queer women that reignites when they’re grandmothers is so rare that calling it a rarity feels like an understatement.

I was already nervous about Bingo Love, as it’s my first book; I’d written a total of sixteen pages, that had been published, up until that point. I knew that I couldn’t approach publishers, as there’s a lot of gatekeepers… White gatekeepers. I’m queer, black and disabled, and there was no way I was going to reach out to editors to publish a graphic novel about two queer, black senior citizens and get a yes.

There aren’t many senior citizens in mainstream comics as a whole — you could probably count them on one hand. Now once you factor in that they’re queer black women, you definitely have an anomaly on your hands. I’m not certain why these things are so rare in mainstream comics. Actually, that’s a lie; stories like Bingo Love wouldn’t be a rarity if the gatekeepers would actually let marginalized creators in and let us publish stories.

As you said, “comics is a medium that can do anything” but, unless you’re a straight white man, the odds of you actually creating something and getting that book picked up by publishers — run by straight white men — are super slim. Which is why so many Black women writers and creators turn to other venues, like Kickstarter, Patreon, and webcomics to get our work out there.

You mentioned Kickstarter, and the Kickstarter campaign for Bingo Love was wildly successful, and quickly gained the support of a number of outside creators. Were you surprised by how big the campaign became? Did you have any idea that the audience was looking for this kind of story?

I had no idea. I’m still trying to figure out how Bingo Love was funded in five days and it’s going on ten months later. I reached out to creators like Kelly Sue [DeConnick], Kieron Gillen, Scott Snyder, thinking I needed their help to get the Kickstarter off the ground, and it turns out I didn’t. I went out to dinner with Gail Simone and her husband during the Kickstarter campaign and she asked me if she could be involved and donated a Skype tier. I believe so many creators wanted to help because they saw the potential in the project.

The Kickstarter exceeded my expectations and I remember being so scared around the forty thousand mark, that I almost clicked the green button to refund everyone’s money and cancel the Kickstarter. I was so overwhelmed and scared that I was going to let everyone down. People wanted to read about queer, black grandmas!

As I stated earlier, I knew that if I took Bingo Love to publishers, I would’ve gotten a no, or no response. So I decided to take it to the people. I wanted them to tell me no, not the gatekeepers. The people responded with an emphatic yes and gave me almost sixty grand to fund Bingo Love.

Talking about emphatic yeses, the Image Comics edition is already going back to press before the first print has been released. What do you think it is about Bingo Love that has touched a nerve and excited so many people?

We’re so hungry for stories like Bingo Love. I always pitch Bingo Love as Moonlight meets Black Mirror’s “San Junipero.” There aren’t that many LGBTQ stories that don’t participate in the “bury your gays” trope. So many times we’ve seen LGBTQ lives cut short to further the main character’s story. It’s played out and we’re tired of it, so when a story like Bingo Love comes around where they actually achieve a happily-ever-after, folks are shoving their money towards it feverishly.

Getting the news that Bingo Love was headed to a second printing so quickly brought tears to my eyes. Knowing that so many people are picking up this title — whether it’s for themselves, or a young person, or donating it to a youth center, or even to their own queer grandma — brings me so much joy. The main reason I created Bingo Love, was to tell the young people that happily-ever-after’s aren’t just for straight people; it’s why I wrote it as an all-ages story. The LGBTQ youth needs to know that they can achieve happiness, I believe it’s vital information and I pray that Bingo Love can help change the way the youth think. We don’t have many LGBTQ stories featuring people of color that depict us well into our seniors, I’m optimistic Bingo Love changes that.

I intend to tell many stories in the Bingo Love universe, the culture needs it. 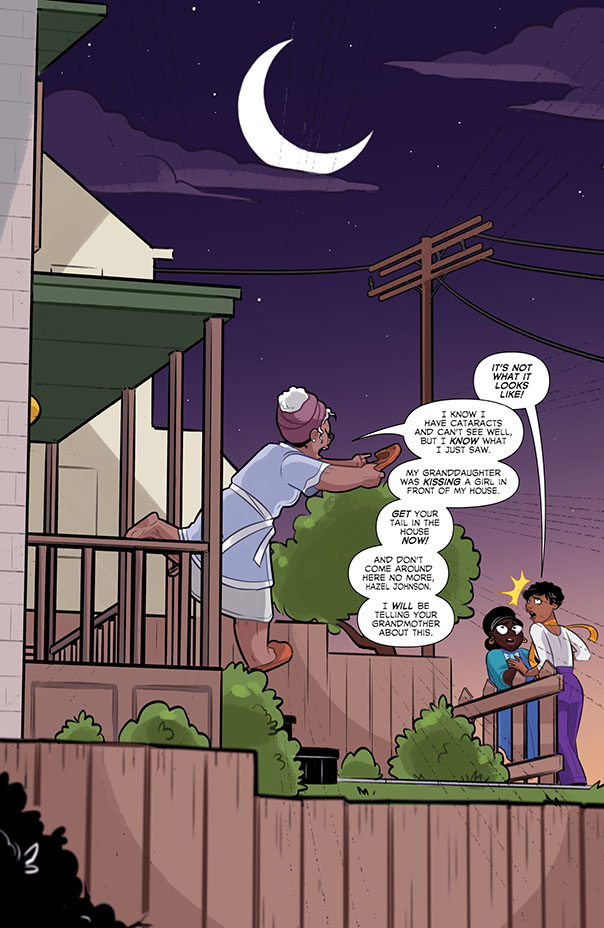 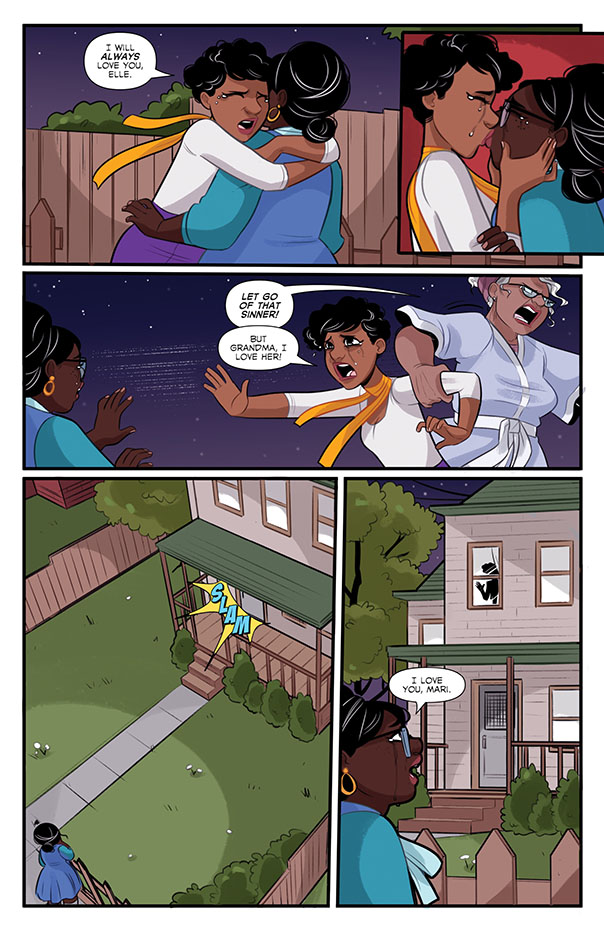 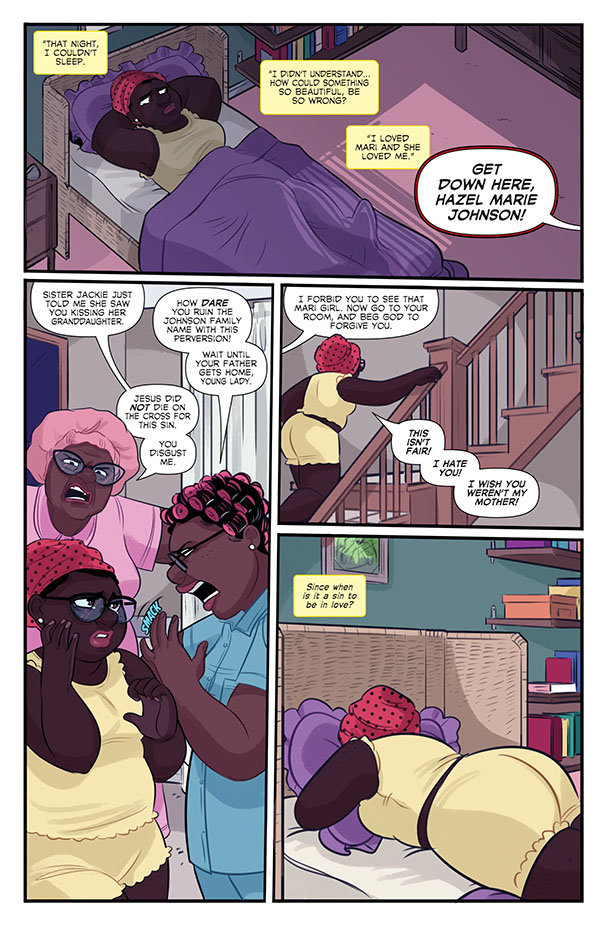 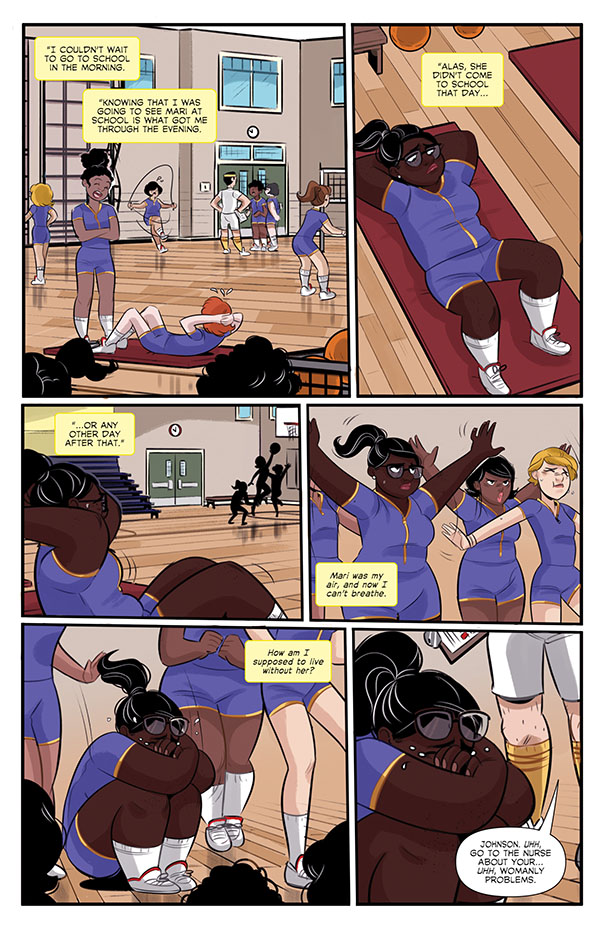 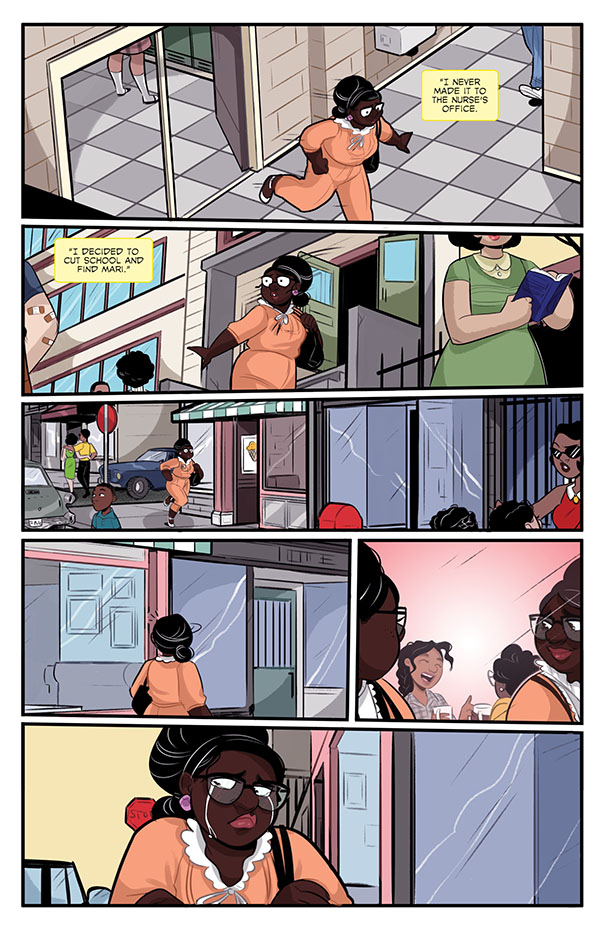 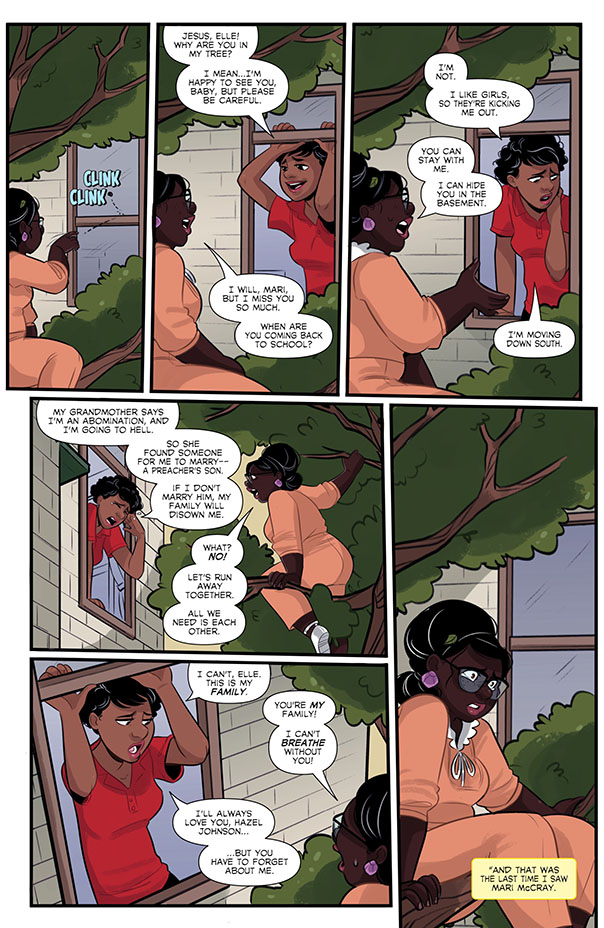 The Image Comics edition of Bingo Love will be released digitally and in comic book stores Feb. 14.

How Image Is Celebrating Overlooked Aspects of the Comics Business