“I didn’t know that. I influence people? Amazing!”

Letitia Wright has just found out that she’s been named one of London’s top influencers by the Evening Standard, joining a list of long-standing power brokers (and Meghan Markle). Not that the 25-year-old should be surprised. From her scene-stealing breakout as tech genius Shuri in Marvel’s Black Panther to her Emmy-nominated turn on Netflix’s Black Mirror, to hanging at the Met Gala with Rihanna and Pharrell, Wright has had the sort of year most young actors could only pray for.

And that’s exactly what she did — after a spiritual awakening lifted her from her lowest point, just three years ago. “I was putting so much pressure on myself,” Wright says, speaking at a photo studio beneath a rumbling railway arch in London’s Shoreditch. At one point, she even questioned her place on Earth. “You get comfortable with the idea of thinking, maybe it’s OK to leave.”

The Guyana-born Wright, who moved to the U.K. as a child with her mother, a teacher, had been pursuing her dream since age 16, when she enrolled in the London Identity School of Acting, the groundbreaking college launched in 2003 to foster diverse talent. Although considered one of the quieter pupils, the new student was instantly marked as someone special, a “needle in a haystack,” says the school founder, actor-turned-agent Femi Oguns, who quickly signed her to his in-house agency (he also reps John Boyega and Cynthia Erivo).

Work came almost immediately. Following in the footsteps of many fresh British faces, she landed her first role on the BBC’s long-running hospital drama Holby City, playing a girl with a rare heart condition over two episodes in 2011. That same year she starred as a fearless gang member in hit Channel 4 crime drama Top Boy (likened to a London-based version of The Wire and recently revived by Drake for Netflix), and had a small but sweet part as a young Muslim girl in Sally El Husaini’s 2012 award-winning debut My Brother the Devil (The Hollywood Reporter called her a “notable standout”). Even then, she was making the sort of career choices that would come to define her decision-making, saying no to Top Boy’s second season.

Everything seemed to be falling into place. More TV roles came — including an episode of Doctor Who (as a two-faced humanoid) — while Urban Hymn would give Wright her first feature film lead, playing a restless adolescent offender during London’s 2011 riots. Director Michael Caton-Jones said his star was the “most exciting young screen acting talent” he’d work with since the 16-year-old he cast in 1993’s This Boy’s Life, Leonardo DiCaprio.

But behind the scenes, Wright was sinking into a bout of crippling depression that would come to a head in 2015.

Sparked by a trip to a Bible study, it was faith that rescued her from this “very dark place,” she says. Immersing herself in Christianity, she found her equilibrium. Acting, she could take or leave; she turned down a film with Nicole Kidman to focus on her rehabilitative journey. “I wrapped it up and was done with it, happy to do anything that was more chilled,” she says. “But that’s not the way God had it with me.”

Refueled and religiously reinvigorated, she hit the ground practically sprinting. In 2016, she booked small roles in The Commuter and Ready Player One (“I’m in it for about 10 seconds, but I met Spielberg”), plus a return to TV with the second season of AMC/Channel 4 sci-fi Humans, playing a girl pretending to be a robot. 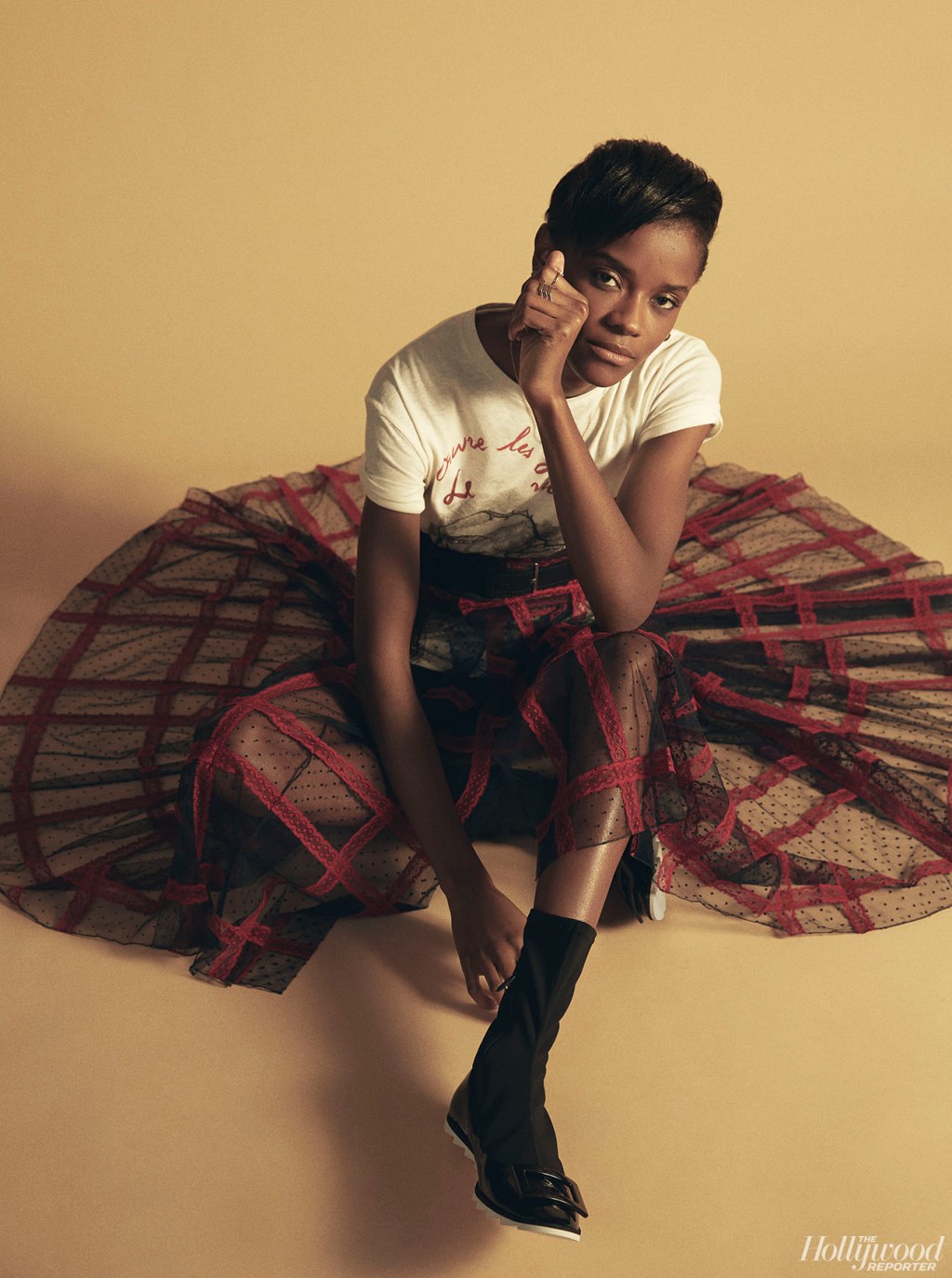 The life-changing call from Marvel, one Wright knew she’d be getting (“I’ve got this role, God has told me,” she told Oguns after her Black Panther audition), plus the Emmy nod, have since put Wright atop studios’ most wanted lists (sources say producers reached out to her about projects including the Men in Black and Jump Street spinoffs). But despite the flood of offers — reportedly including a seven-figure deal for a TV drama — her only imminent projects are The Convent, a West End play written by fellow Wakandan Danai Gurira (Wright plays a girl who converts to Catholicism in 19th century Africa), and the just-announced English-language remake of French drama Le Brio. (The Black Panther sequel won’t shoot until 2019 or early 2020.)

“I pride myself on keeping it the same as when I came into acting, to not just change the lane and take everything, just because it may have a big name or a big budget,” she says. “Am I right for this part? Is this what I should be playing? If something feels off in my spirit, I know that’s God’s way of saying, ‘You shouldn’t do that.'”

As a teen plotting her future, Wright did a lot of “weird stuff,” she says, like hand-delivering her résumé to every casting agent in London. (“I never really knocked on the door, just put it through the letterbox and ran!”). Nobody replied, but, less than a decade later, she was recently offered a role by one of the same names on her early address list. “It was a moment of realizing: You’ve come a long way,” she says.

She also used to write herself pretend emails from WME with audition invitations, even using the agency’s logo as her computer screensaver. (“First I had CAA, but I was like, it’s too red. I like WME, the blue background is more earthy.”) “And right now, I have an email from someone at WME,” says Wright, who signed with the agency in August 2017, six months before the release of Black Panther. “And it’s real.” 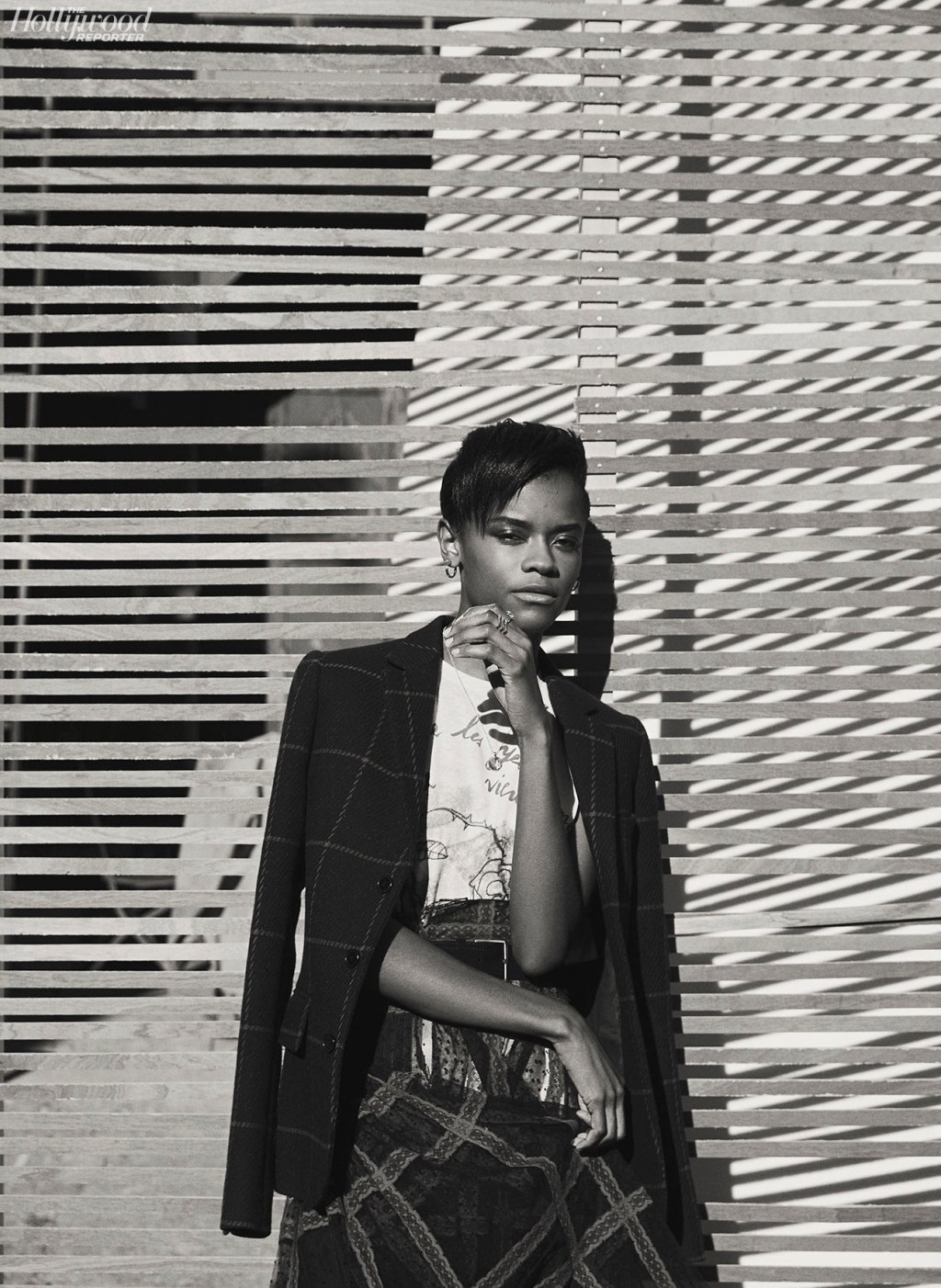 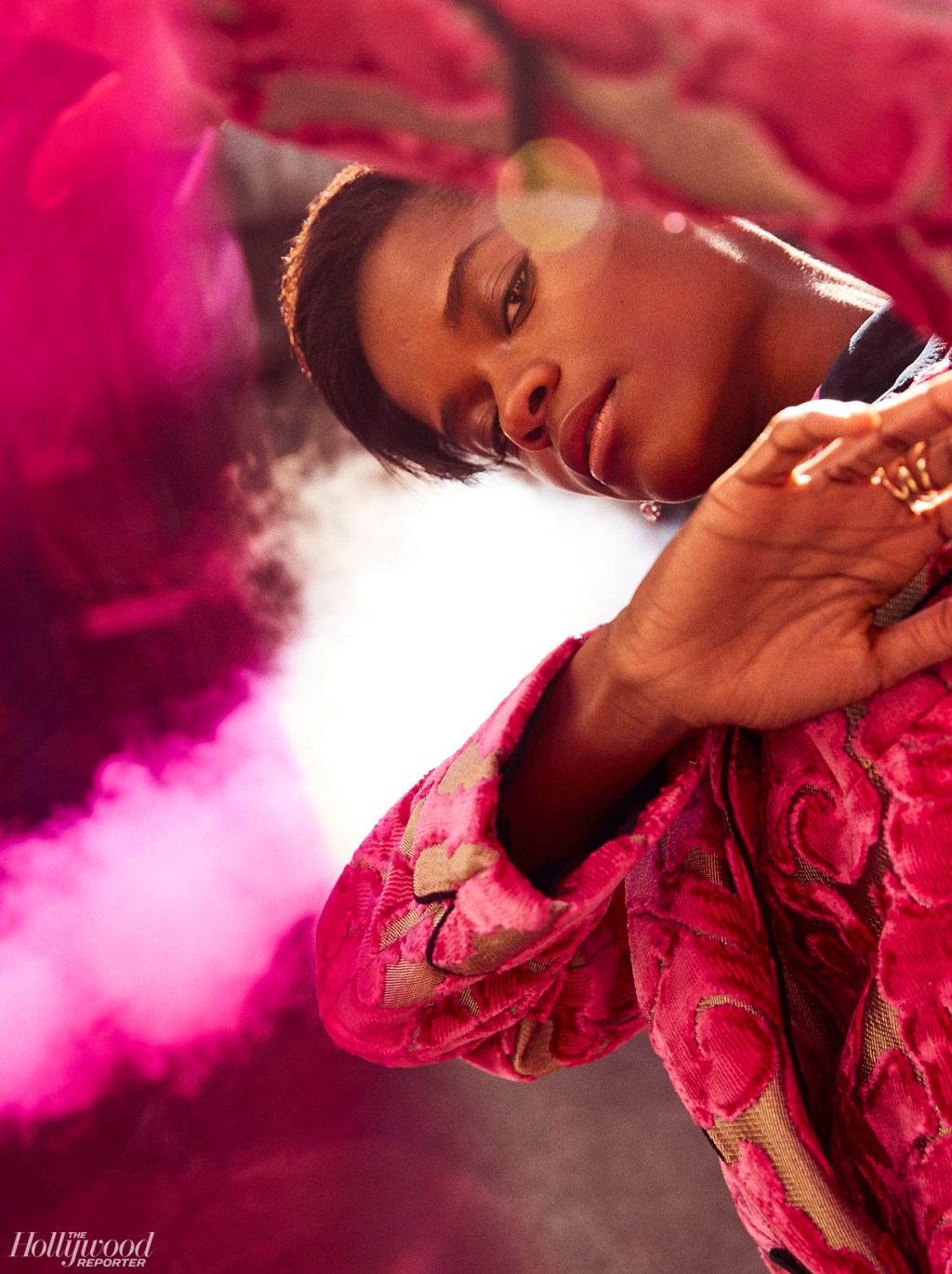 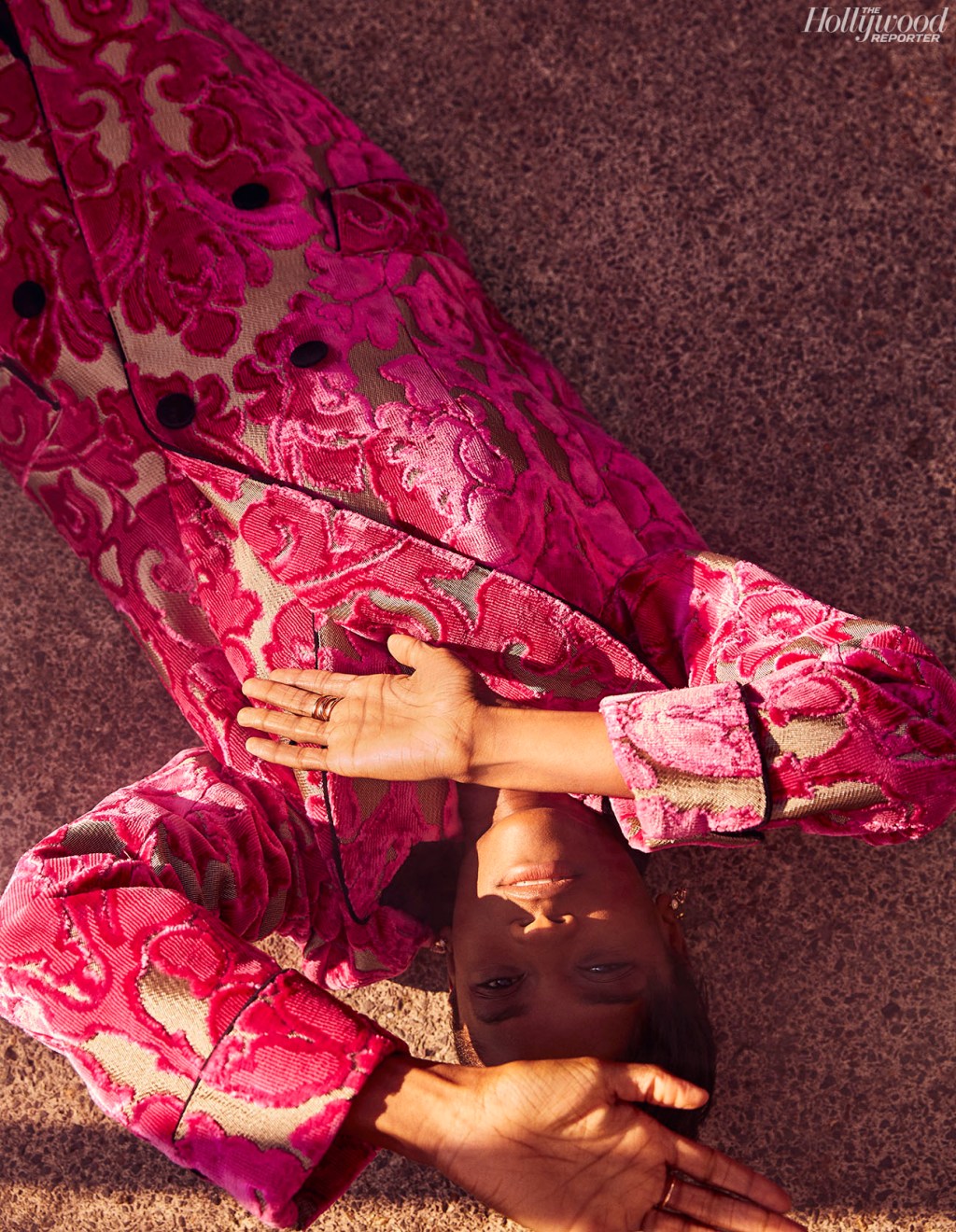 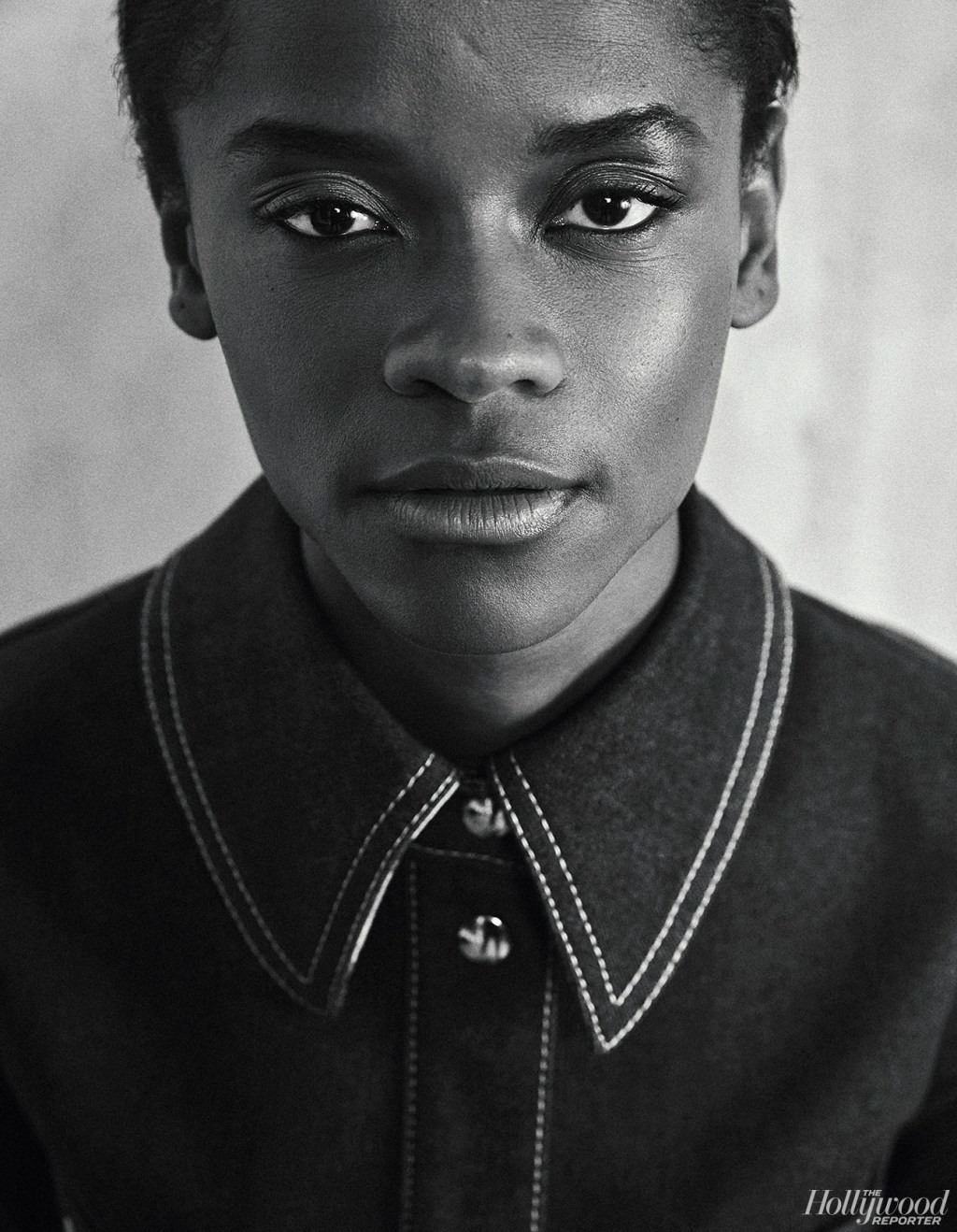 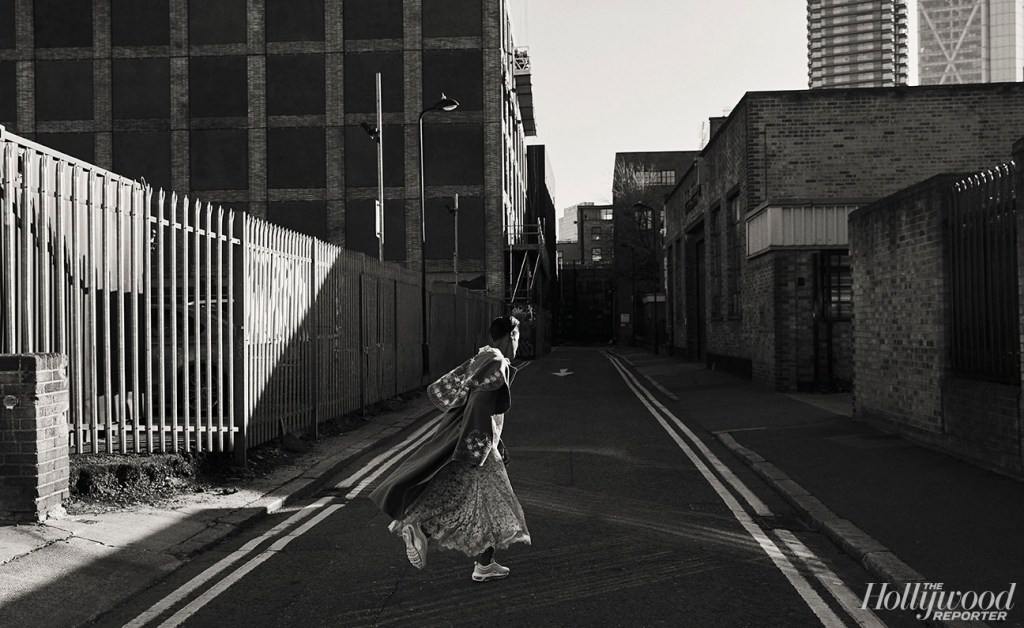 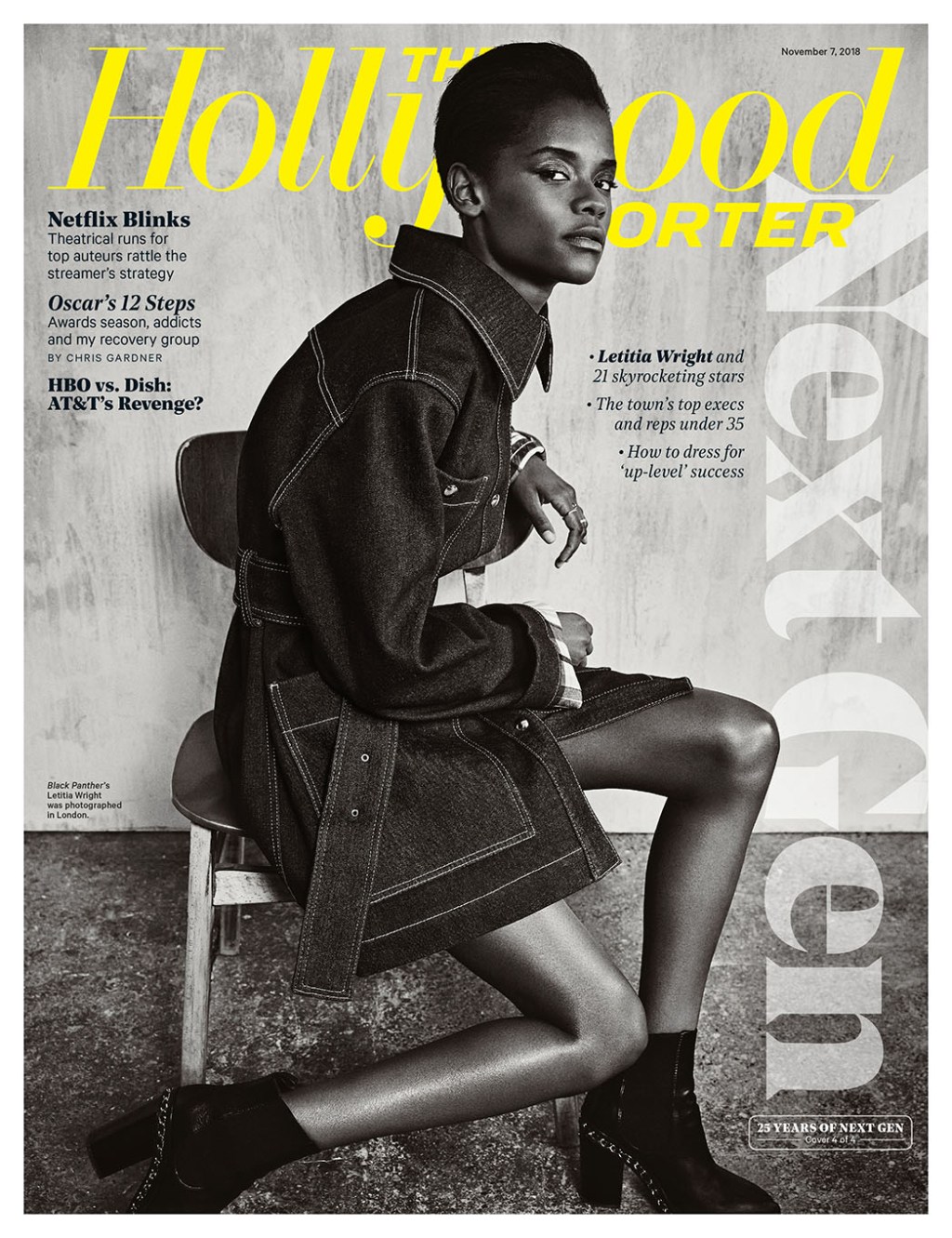