Before James Gunn was one of Marvel’s most recognizable filmmakers, he was a director known mostly to a niche audience of genre movie fan.

David Yarovesky was one such movie geek, an aspiring filmmaker making his living as a music video director. He admired Gunn’s script for Dawn of the Dead (2004) and was a fan of his feature debut Slither (2006). So he was excited when they met by chance one night in Los Angeles and a poker game broke out. Yarovesky took all of Gunn’s money, and they became fast friends.

“For a long time that I knew James, he wasn’t making movies. He was just my buddy living down the road and he made those things that I like,” Yarovesky tells The Hollywood Reporter.

Will Forte Joins John Cena in 'Coyote vs. Acme' for Warner Bros.

Years later, Gunn is one of the biggest directors in Hollywood thanks to The Guardians of the Galaxy films. And Yarovesky is enjoying a special career moment as well, with the horror mashup Brightburn hitting theaters and expected to earn a strong $12 million over the four-day Memorial Day weekend.

Produced by Gunn and written by Gunn’s brother Brian Gunn and cousin Mark Gunn, Brightburn centers on a rural Kansas couple (Elizabeth Banks and David Denman) who discover an alien baby. Unlike Clark Kent, their child Brandon (Jackson A. Dunn) is no hero and soon is using his powers to terrorize their town.

Yarovesky first heard of the project from its screenwriters at a barbecue at James Gunn’s house.

“I got angry reading the script, because I imagined a world in which I didn’t get to make it,” says Yarovesky with a laugh. “It’d be painful. So often as a guy coming up, I read these scripts I get excited about and I didn’t get them. This one hurt as I was reading it.” 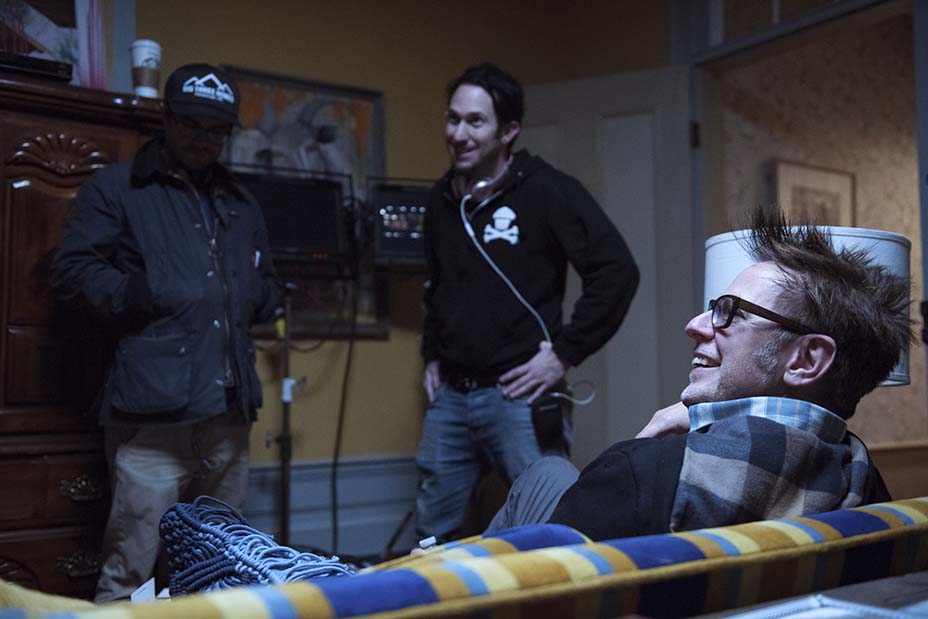 Yarovesky imagined a trailer and pitched his vision to the three Gunns, who agreed to develop it with him as its director. The team decided that secrecy would be key to the Brightburn‘s success — ala how producer J.J. Abrams and director Matt Reeves kept a lid on the true nature of their found footage monster movie Cloverfield (2008). And for Yarovesky, the look of his antagonist was key above all else.

“I believed the entire success of the movie hinged on the image of Brandon in his Brightburn form. And what he looked like,” says Yarovesky, who turned to costume designer Autumn Steed (who is also his wife) to make it happen.

“I said to her, ‘I’m betting my life on you,’ because ultimately the movie lives or dies in this one image,” says Yarovesky.

The Brightburn team developed a code word used on set to refer to it: “SMIVA – single most important visual aspect.” The final costume had one tweak relatively late in the game — laces added to his mask to make it more menacing.

“Every time I see a poster and billboards with her work on those boards I get emotional, because it’s not just my work, it’s her work too up there,” says the director.

Brightburn was shot independently over 29 days and is being distributed by Sony. It’s a big moment for Yarovesky, who looks back fondly on his music video days (which saw him direct this one for Gunn’s Guardians of the Galaxy Vol. 2.), but admits they were tough.

“I never had real representation. I never had a system behind me, so I kind of had to learn by doing,” he says of years spent chasing down record labels for work. “They’d give me a check for $80,000. I’d put it in my personal checking account and I would start figuring out how to make it for that much money.”

Yarovesky has gotten used to trying to see the positives when things go wrong.

“When it didn’t happen, it was heartbreaking. Then I was 34 when I got my first movie made,” he says, referencing 2015’s The Hive. “When I started working on the movie and seeing what was involved, I became incredibly grateful that it didn’t happen when I was 24. It’s harder to make a movie for half a million dollars than you expect to be at 24.”

Last summer at Comic-Con, Brightburn was expected to make its debut at Hall H in front of 6,500 genre fans, the type of people who can evangelize for projects. Almost nothing was known about the movie — not the name, not the premise, and this was to be the big trailer reveal, a trailer that looked very similar to what Yarovesky had pitched to land the job as director.

Then hours before the panel, a firestorm erupted around Gunn, who was fired (and months later, rehired) as director of Guardians of the Galaxy Vol. 3. Brightburn became collateral damage, with its appearance during Sony’s Comic-Con presentation canceled. Later, the studio pushed the movie back from November 2018 to its current date to take advantage of Memorial Day weekend. 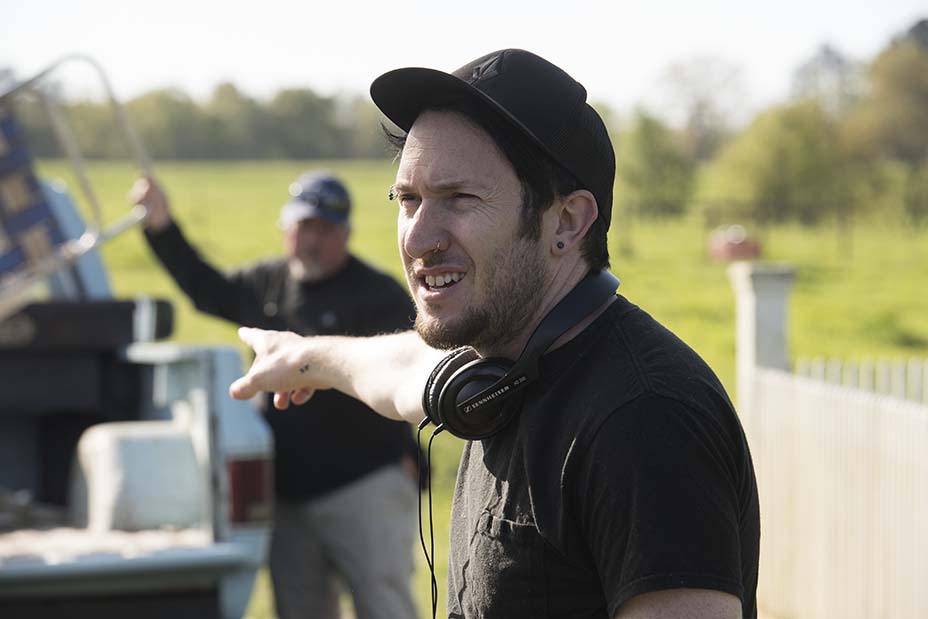 Critics have noted Brightburn is at times gorier than expected. THR critic Frank Schreck wrote of “gruesomely violent scenes that feature, among other repulsive sights, a shard of glass being slowly removed from a person’s eyeball and a nearly severed jaw. Or, to speak the language of horror fans, the good stuff.”

Yarovesky said he chose to include those images as an homage to the types of horror movies he likes to see.

“When you watch horror movies today, they can feel a little toothless. They are scary, they are fun. But there isn’t the level of violence that you even see in a Game of Thrones episode,” Yarovesky says. “There are brutal deaths in that show and I felt like the time could be right again to see someone see the ramifications of losing.”

When you ask most filmmakers about a sequel before a film even opens, they are coy — after all, who wants to risk jinxing a potential franchise? For Yarovesky, he’s hesitant for a different reason: he wants to keep the element of surprise.

“If we were to do another piece of this world, if we were to expand the story in someway, I hope that we could continue the trend of being completely silent about it and dropping it like a grenade one day,” he says.

Brightburn is in theaters now. 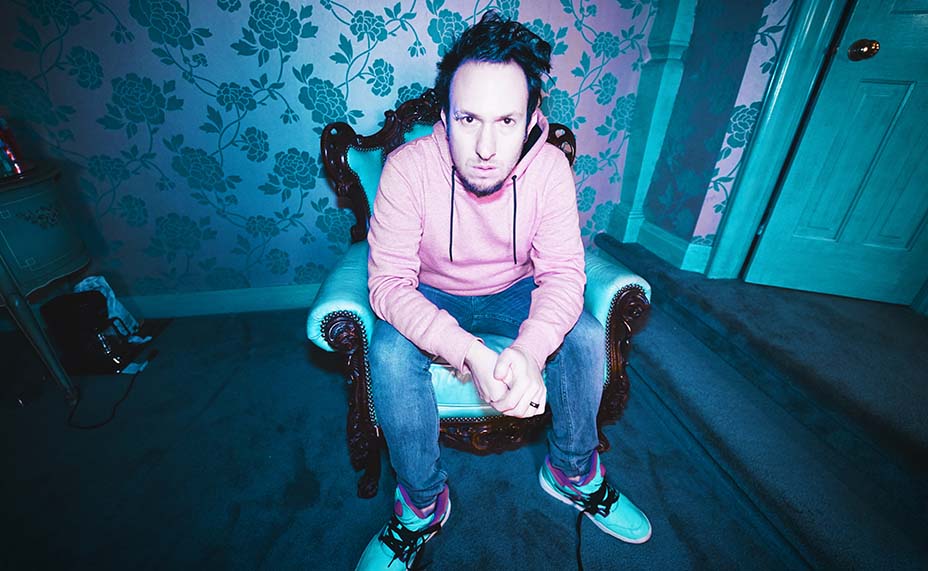