With Warner Bros.’ Joker film on the horizon, it would be easy to forget that there’s another movie heading to screens that will deal with another side of the Clown Prince of Crime. But the trailer for Birds of Prey (and the Fantabulous Emancipation of One Harley Quinn) has arrived to remind everyone that the long-suffering partner of the maniacal villain is back, and she’s less than happy with the man she formerly used to call Puddin’.

Margot Robbie’s Harley Quinn was the breakout star of DC’s much-maligned Suicide Squad, so it’s unsurprising that she’s the first of the cast to get a spinoff. But rather than a solo Harley movie, Robbie went for a “girl-gang” flick inspired by the superhero comics team known as the Birds of Prey. Centering Harley and her relationship with other women is particularly smart as in the comics most of her life has been defined by her toxic relationship with the Joker.

First introduced in the 1992 Batman: The Animated Series episode “Joker’s Favor,” Harley was originally supposed to be nothing more than a one-off henchman during a gag in the popular kids show. She quickly became a favorite of her creators Paul Dini and Bruce Timm. Harley stuck around and was soon one of the most beloved characters on the cult series. Her romantic relationship with the Joker — or as she fondly calls him, “Mistah J” — soon became the core of her character with the pair fighting each other as much as they fought Batman. The slapstick nature of the cartoon and the voice talents of Mark Hamill and Arleen Sorkin always kept the relationship on the right side of comedic, but when she headed to the comics, that all changed.

Harley’s first appearance on the pages of a comic book came in Batman Adventures No. 12. She then starred in the cult classic Mad Love comic, which gave her a problematic backstory as a young woman who was sexually abused before sleeping her way through college — therefore not truly earning her doctorate. She eventually fell in love with the Joker and helped him escape captivity. The issue was later adapted as an episode of Batman: The Animated Series, doubling down on the depressing backstory.

It wasn’t until five years later that Harley Quinn would officially join the realm of the company’s core heroes and villains in the main DC Universe. Her first canon DC Comic was the titular Batman: Harley Quinn. Part of the Batman: No Man’s Land storyline that also introduced her fellow Birds of Prey star Cassandra Cain, the story introduced two key players in Harley’s life: Poison Ivy, who would soon become her closest friend and ally, and, of course, the Joker. Written by Paul Dini with art by Yvel Guichet, Aaron Sowd, Richard Horie and Tanya Horie, the book established the toxic relationship between Harley and the Joker as the iconic villain abuses, manipulates and potentially even drugs his lover before trying to kill her. Readers follow Harley as she tries to get her revenge, after being saved by Poison Ivy, who, building on something introduced in the cartoon, gifts her with a potion that makes Harley immune to toxins. Though she spends much of her first true appearance hunting down and attacking the Joker, she eventually forgives him after he apologizes to her, thus setting up a dynamic that would continue for over a decade. 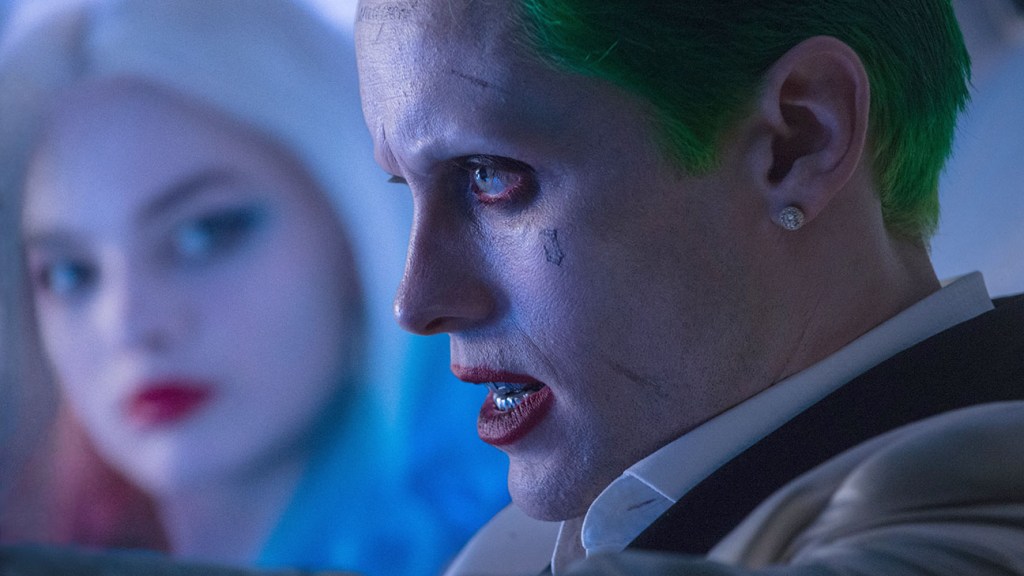 Things changed in 2013 with Amanda Conner, Jimmy Palmiotti, and Chad Hardin’s groundbreaking Harley Quinn series offered up something new, an emancipated version of Harley free from the abuse of the past but still dealing with the toxic nature of the relationship she had shared with the Joker. The series not only saw her get a very cathartic and bloody vengeance on the Joker, but also introduced a romantic relationship with her longtime friend Poison Ivy.

In 2019, there’s a reconsideration of fictional relationships like that between the Joker and Harley. It’s not that people can’t enjoy what made those stories speak to them, but it’s worth asking asking why these kind of violent, toxic and often dangerous relationships are the ones that are romanticized. Everything about Birds of Prey screams that it’s looking to upset the norm, from its bright color palette to its role as the first female-led superteam movie to the fact that it’s written, directed and produced by women. It’s not surprising then that the trailer revealed Harley is no longer romantically connected to the Joker, and in her struggle to get over him, she’s connected with a group of strong females.

Birds of Prey has the potential to offer up something fun, fresh and timely. The conversation around abuse, both emotional and physical, has gotten far more nuanced, and in comics communities Harley and Joker have become an ongoing topic because of it. Harley taking on her own history of abuse and toxic behaviors whilst fighting alongside a team of strong women sounds like a great juxtaposition to the often humorless male heroes the screens are often filled with. Plus, if Birds of Prey is a success, there’s always the chance that they might want to introduce more of DC’s famous female heroes, like one Pamela Isley, also known as Poison Ivy. If that’s the case, then DC could soon be racking up another first, with a queer superhero couple hitting the big screen.

How 'Birds of Prey' Is Building Gotham's Future