Flash Fact: Ezra Miller and Grant Morrison may be just the answer to the yet-unsolved equation of getting the scarlet speedster back on his feet and on the road to cinemas. On Friday, The Hollywood Reporter broke the news that The Flash is getting an assist from Barry Allen himself (Miller), who is penning a script with Morrison.

While stars taking a hands-on approach to high-profile superhero projects is nothing new, we’ve seen both the upside and downside of such involvements. Ryan Reynolds proved instrumental in getting Deadpool (2016) to work and finding the character’s voice, and earned a screenwriting credit on Deadpool 2. Ben Affleck, on the other hand, couldn’t find a way to bring The Batman to life as writer or director, and ultimately left the cape and cowl behind for a younger actor. Miller, though he lacks any feature screenwriting credits, certainly isn’t in a bad position with famed comics scribe Morrison at his side, and he may be able to move forward with a character that has clearly become dear to him since he was first cast in Zack Snyder’s Batman v. Superman: Dawn of Justice (2016). The Flash has reached a fork in the road, and what comes next could determine just how far and fast the character can run.

Warner Bros. is currently in the midst of reshuffling its cinematic universe, and with that reshuffling comes a renewed focus on stand-alone stories and filmmaker-driven projects that are not averse to recasting familiar faces. The success of Wonder Woman (2017) and Aquaman (2018), and the positive buzz currently surrounding Shazam! ahead of its release, have proved to Warner Bros. that it no longer has to be dependent on Batman, Superman and strict continuity for its superhero movies to capture the attention of audiences. It’s a realization fans wish had come a little earlier, back when Rick Famuyiwa (Dope) was attached to direct The Flash, rumored to be an edgy urban superhero movie co-starring Ray Fisher’s Cyborg. Famuyiwa’s take apparently clashed with Warner Bros.’ vision, and he exited in October 2016. He was not the first to try to tackle the project (Seth Grahame-Smith was once attached to direct, while Phil Lord and Chris Miller wrote a treatment and at one point were considering directing).

There’s little doubt a Flash film will happen eventually, but the big question is whether or not it will happen with Miller.

Last March, news broke that John Francis Daley and Jonathan Goldstein, who had impressed Warner Bros. with Game Night (2018), had been hired to write and direct The Flash. It’s a year later, and there’s been little movement on the film. This was largely chalked up to Miller’s shooting schedule for another Warners property, Fantastic Beasts. But now creative differences have come to light. Daley and Goldstein are said to want the film to take a light approach, which isn’t a surprise given their comedy backgrounds and screenwriting work on Spider-Man: Homecoming (2017). Miller, on the other hand, wants the film to take a dark and serious approach, more akin to what the role promised when he first signed on back in 2014. There’s enough source material to lend credibility to either direction, but Miller’s enthusiasm for the character, as well as his frequent mentions of time travel, multiverses and dimensional theories in interviews, makes his vision seem all the more worthy of making it to the screen. 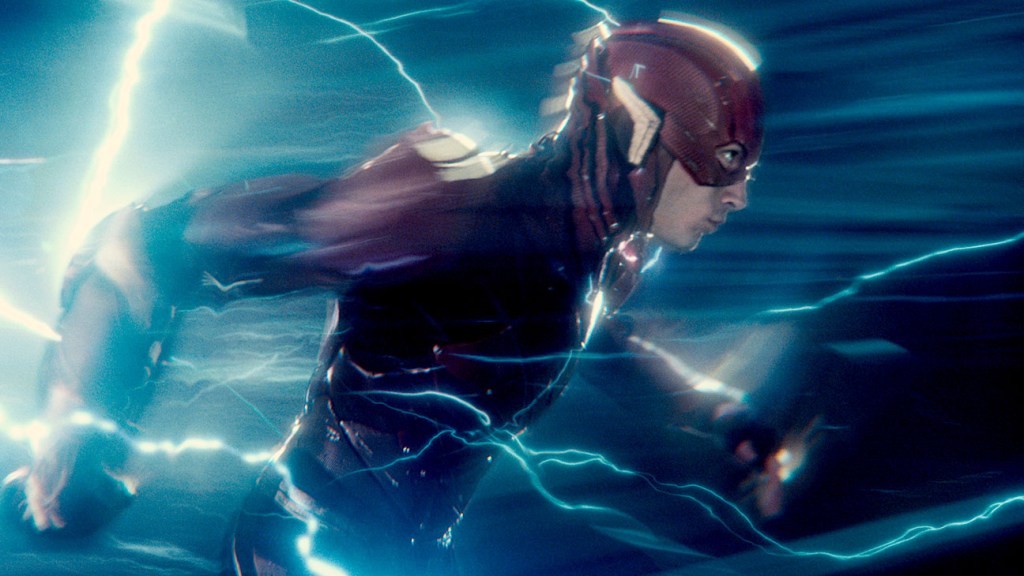 It’s no surprise that Miller has found a kindred spirit in Grant Morrison. They seem to share the same next-level energy that stems from an interest in psychedelics, multiverse theories and queer identities. The Scotland-born Morrison, who is currently writing DC Comics’ The Green Lantern, is a staple of modern comics, having pushed the medium forward by expanding on familiar concepts and taking a comprehensive approach to continuity. He is known for his engaging and challenging work on Doom Patrol, The Invisibles, Animal Man, New X-Men and Batman. Morrison co-wrote several issues of The Flash alongside Mark Millar in 1997 and 1998, and has written the character in JLA, Final Crisis and The Multiversity. Two of his most significant contributions to the Flash mythos were Black Flash — the source of death for those connected to the speed-force, and Hypertime (co-created with Mark Waid), which allowed for multiple timelines to exist within DC’s multiverse and for continuity to be rewritten on the fly. One of Morrison’s foremost comic book influences is The Flash No. 123, Flash of Two Worlds (1961), which introduced the multiverse and brought together the Golden Age and Silver Age versions of the Flash, Jay Garrick and Barry Allen. It’s easy to see how these elements could play into a film adaptation that lines up with Miller’s interest in the trippy sci-fi aspects of the mythology, and could position the character for a film that takes us to entirely new worlds in the way James Wan’s Aquaman did.

Together, Miller and Morrison have the opportunity to challenge audiences and the conventions of the superhero movie with their take on The Flash. The CW is currently airing the well-received TV version of The Flash, which has taken a light approach. If a film is going to happen, perhaps it should set itself apart from the television series and have a reason for existing beyond simply putting the character on the big screen. A Flash film that goes heavy into the speed-force, the multiverse and the kinds of high-concepts Morrison is known for seems too good an opportunity to pass up. Miller and Morrison’s Flash may be the test to see if Warner Bros. is really on board with experimenting with the character and taking him to new dimensions, or simply settling for a well-trod path.