In July 2017, a private investigator arrived at a 22-acre ranch in rural Tehachapi, two hours north of Los Angeles. He’d brought a drone pilot to fly over the property, in search of a horse his client believed had been stolen from her and which she now thought to be in ill health. The unmanned vehicle slowly surveilled the property.

It never found the horse, Dexter, among the 11 steeds that were spotted that Saturday morning. But the drone did stumble onto something else. Beside a dry creek bed lay the rotting carcasses of a pair of horses, arranged back-to-back and head-to-head, their hides desiccated by the sun to reveal shining, intact rib cages. Other bones were scattered yards away.

One of the dead horses was a white Andalusian stallion named Zeke who’d worked as a double on Winter’s Tale, the 2014 romantic drama starring Colin Farrell. The other, a chestnut thoroughbred called Mr. T, had been one of several ex-racehorses to portray Secretariat in the eponymous 2010 drama. Their trainer, and the proprietor of the ranch, is Rex Peterson, 63, one of Hollywood’s most celebrated horsemen of the past four decades; he’s racked up credits on films like 1979’s The Black Stallion and 1994’s Black Beauty before a recent turn toward TV with gigs on The Knick and Westworld. 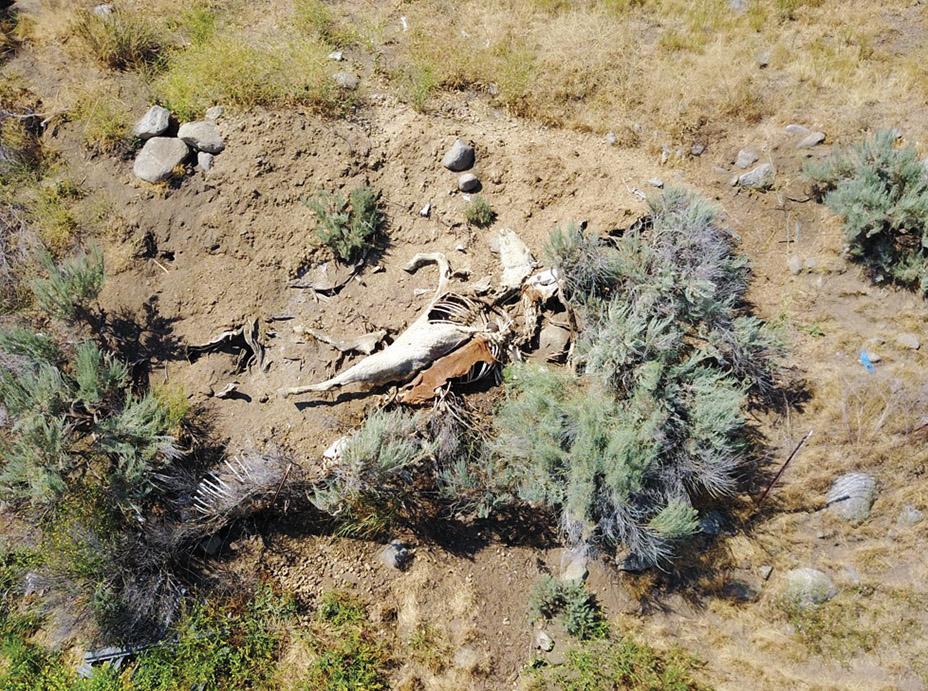 On productions, Peterson has long been known for both a personal stubbornness and an aggressive, albeit not outright abusive, treatment of animals under his stewardship to achieve shot-ready results. Now material obtained by The Hollywood Reporter (including court filings, veterinarian records, government agency documents and the hired investigator’s visual evidence) raises questions about his handling of his horses as well as a repetition of alleged threats — or worse — toward those in his orbit whom he may perceive as acting against his interests. The documentation, along with interviews with some of the players involved, reveals a Western saga of distrust and menace that could’ve been conjured by Cormac McCarthy.

Peterson says the allegations against him are a mix of misunderstandings and lies perpetrated by a group of women who’ve orchestrated a smear campaign. “Matt Damon told me on All the Pretty Horses: When you become a celebrity of any type, you have to watch out for all of the leeches,” he says, adding: “I’m a horse lover who’s received PATSYs (an honor from the American Humane Association).” 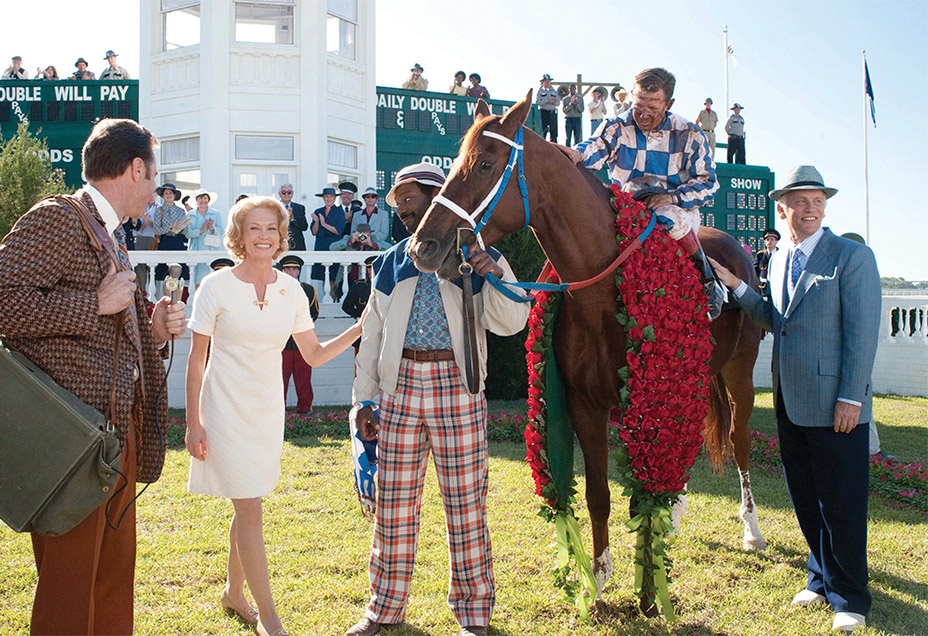 Peterson — known for his dramatic cowboy style: big belt buckles, twirling handlebar mustache and high-top leather boots — came up as the protege of Glenn Randall Sr., a pioneer of the trade who worked with Roy Rogers’ Trigger and assembled the stallions for Ben-Hur. Peterson burnished his reputation on tricky productions like 2004’s Hidalgo, where he coordinated a dozen takes of a stampede featuring more than 500 horses on Montana’s Blackfoot Indian Reservation. These days, he augments his industry work by leveraging his profile as “Hollywood’s horse trainer” to teach clinics in dressage, a competitive form of ritualized riding (think ballroom dancing on hoofs).

The incidents now in question occurred after the acrimonious 2015 dissolution of Peterson’s romantic and professional partnership with fellow equestrian Cari Swanson, who is based in upstate New York and worked with him on Winter’s Tale and The Knick. In a lawsuit, Swanson accuses Peterson of verbal and physical abuse as well as stealing seven horses, including Zeke and Mr. T, and emptying $115,000 out of their shared bank account. Peterson denies any abuse, contends the animals belonged to him and observes that he had legitimate grievances over missing funds. Swanson, who has a five-year protective order against Peterson, declined to speak for this story. 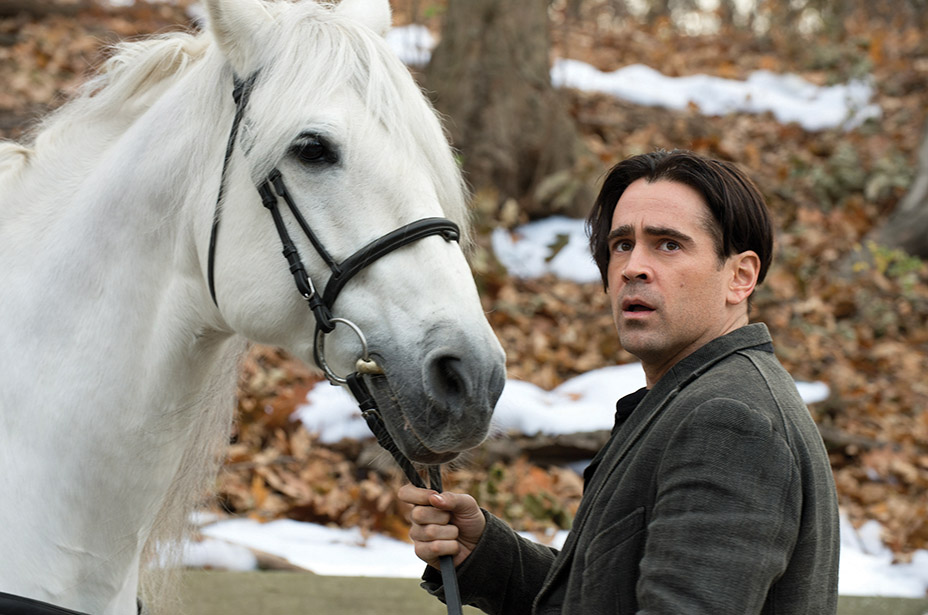 Others have sought protective orders against the horseman as well. Peterson’s son Ryan, also a trainer, tells THR that he and his father got into a May 2016 altercation on the set of Westworld, which employed both men. Rex, says Ryan, accused him and his fiancee, Christine Pitcairn, of theft — and, he claims, threatened to retaliate by damaging Ryan’s vehicle and harming their horses. (Peterson acknowledges the former, stating the vehicle “was mine to start with,” but disavows any threat to the animals.) 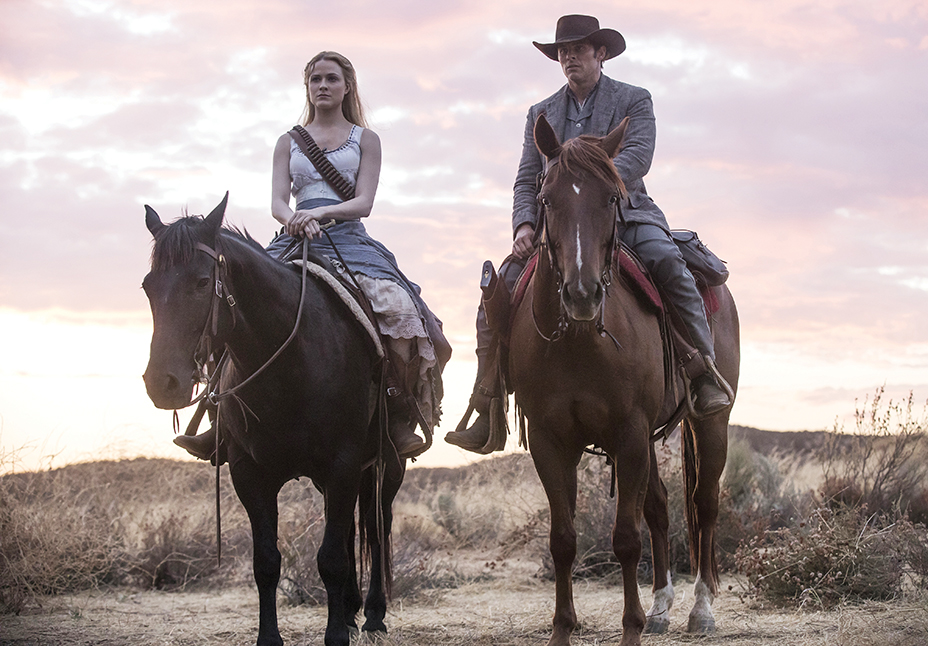 The following month, according to a petition Ryan filed in California’s Kern County Superior Court, Peterson, who’d become enraged in his belief that Pitcairn might have stolen from him, stalked her for five miles in his Ford truck, screamed, “You lying c—, I hope you die!” and attempted to run her over. Ryan also requested that the court issue a stay-away directive for the couple’s animals (in addition to horses, they train donkeys, bulls, goats and other species, with credits on Billions and Last Week Tonight With John Oliver) because “my dad has threatened to kill them numerous times.” In Peterson’s version of events, he had suspected Pitcairn of stealing jewelry and equipment from his property (she denies this), chased after his prospective daughter-in-law and ultimately found himself merely attempting to “drive around her” to prevent her from getting away.

After this confrontation, the couple, who had been living on Peterson’s Tehachapi property, moved elsewhere, stowing their horses at another site. That August, two of their favorites died suddenly, within a day of each other. “The only thing we can come to is that they were poisoned,” says Pitcairn. Adds Ryan: “I without a doubt think he did it. Why would you threaten that and, all of a sudden, healthy horses dropped dead?” Peterson says: “I have no idea what they’re talking about.”

Shortly after the private investigator visited Peterson’s property in July 2017, court records show that a restraining order had been filed against him by Amy Coburn, a Moorpark, California-based veterinarian who’d provided services to the horse Dexter. “Rex Peterson has a history of violence, and I am terrified of him,” she wrote to the Kern court, seeking to safeguard her own horses and her parents, who lived with her. “I fear for my safety and life.” Peterson countered in his own filing shortly thereafter, saying that Coburn had threatened to tranquilize and castrate his animals without consent. “She said she always had her emasculators with her,” he noted, referring to a tool used in the castration of livestock. (Both filings were eventually withdrawn.)

Peterson believes Coburn is the ringleader among his purported antagonists. “She started coming around my property: I turned her down — sexually, professionally. ‘Don’t come back.’ She’s got a vendetta.”

Dexter’s owner, a breeder named Ashley Waller who hired the private investigator, eventually recovered the colt from Peterson after receiving a judicial order in her home state of Texas for Dexter’s return that cited the animal’s “life-threatening injuries,” alerted to her by Coburn. Peterson had been allowed to use Dexter in what’s known as a “feed lease” arrangement, wherein the cost of care is covered by the temporary guardian in return for the right to use the animal. (Peterson had worked with Waller’s stallion Listo, the star of Winter’s Tale.) Records show that Dexter had developed a parasite condition while with Peterson as well as a wound to his right hind leg involving a large laceration down to the bone, which had been severely fractured. First in a thoroughbred Facebook group in January and then in a conversation with THR, Waller explains that Dexter is no longer “good to ride because he has permanent damage in his leg and scarring,” injuries she believes were suspiciously incurred. For his part, Peterson explains that Dexter “got hurt accidentally, when he rolled into a fence.”

Waller’s experience with Dexter was not the only bad one she had with Peterson. Her stallion Moose, who had also been lent to the trainer, was returned to her “500 to 600 pounds underweight. He had scars all over. The vet had to give him IV antibiotics and immune builders. We couldn’t breed him. We spent two years with specialists. He was just damaged.” Peterson says the horse was well treated and that any weight loss occurred during the animal’s multiday trailered journey to Texas under a Waller-hired hauler’s stewardship. 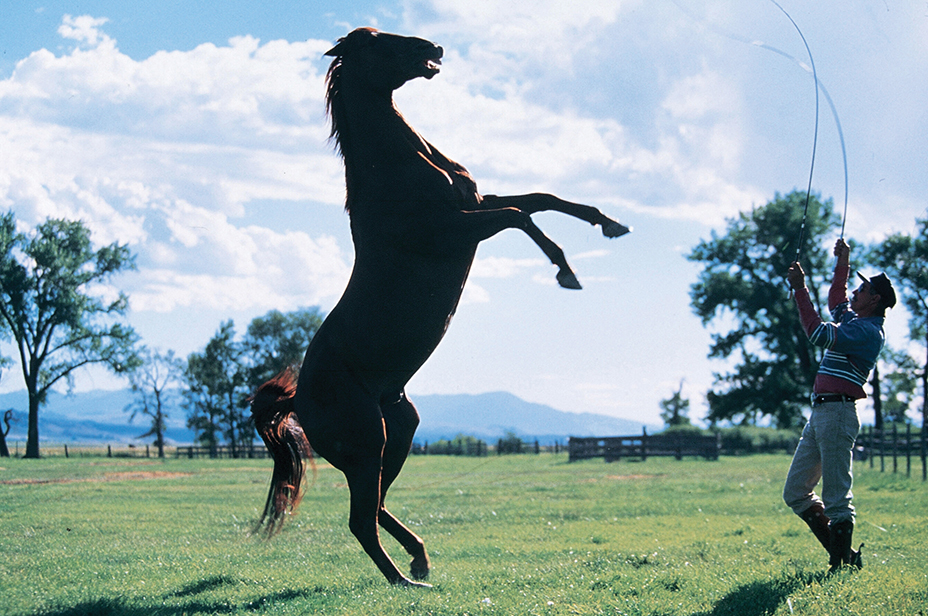 Ryan, who worked for years under his father, believes the issue isn’t abuse so much as “laziness — when it comes to feeding and scrubbing and doctoring. Like, he might have a horse with an abscess [pus in its hoof] and instead of dealing with it, which takes an hour every day for two weeks, he’s probably not going to go through the effort.” Peterson rejects that, saying an experienced trainer knows when to take a wait-and-see approach to injury: “I’ve been at this my whole life,” he says, “and there’s certain things you don’t jump on — sometimes you have to let things run their course.”

As for Zeke and Mr. T’s open-air disposal, Peterson explains it was the misguided decision of his property caretaker while he was working off-site and that the employee was fired when he learned of it. “He was an old cowboy who’d buried them under a manure pile — but the Santa Ana [wind] had blown it off. He goes, ‘Don’t you want to support the eagles out here?’ I said, ‘You can’t do that in California.’ ” Peterson says it’s unfair to suggest he’d be callous with the remains of animals he’d supervised: “You spend years schooling these horses, thousands of hours. It’s hard to take, partner.”

The welfare of working animals in Hollywood is far from an industry priority. Even the on-set record of animal safety has been checkered. A 2013 THR investigation found that the American Humane Association’s industry-funded “No Animals Were Harmed” program, whose severely limited budget precludes off-set oversight, was rife with systemic flaws. Says one decades-long veteran of animal-oriented productions who has worked frequently with Peterson: “People only care about what happens to animals on set — at best. But there’s more that happens beyond it.”

Peterson’s latest project involved the handling of 16 horses for the soon-to-be-released indie film Mustang, starring Connie Britton. It centers on a rehabilitation therapy program dedicated to the training of mustangs and how the challenges of taming their nature forces participants to confront the darkness in themselves.