As the comic book industry continues to come to terms with the realities of a COVID-19 impacted world, a new charitable initiative has been unveiled to offer financial assistance to store owners and bring some hope back to the comic retailing community.

Give Comics Hope is the work of Bill Schanes, former VP of purchasing at Diamond Comic Distributors. It is supported by a number of current and former comic industry professionals, including former DC president Paul Levitz, artist and writer Colleen Doran, and Boom! Studios president Filip Sablik.

“The comic book industry is really an intimate relationship which involves all tiers of the comic book food chain. This includes consumers, comic book specialty retailers, publishers, creators, printers, convention organizations, marketing service providers and the media,” Schanes told The Hollywood Reporter. “By all joining together, our comic book community can show our comic book shop owners the overall level of commitment, which includes a high level of moral support, as well as offering financial assistance. Together, we can Give Comics Hope!”

Sterling K. Brown on How 'This Is Us' Stuck the Landing -- and a Randall Spinoff Idea

The initial focus of Give Comics Hope will be two auctions intended to raise funds for retailers for distribution in early 2021. The first will be conducted by Heritage Auctions between Oct. 28 and Nov. 11, and feature original art from Bill Sienkiewicz, P. Craig Russell, Rob Liefeld and more, including Walking Dead cover art donated by Robert Kirkman. The second will be conducted by Jesse James Comics/Comic Book Shopping Network in partnership with eBay, between Nov. 11 and Dec. 11.

Donations for both auctions are available, with items estimated at a value of $500 or more intended for the Heritage auction and due by Oct. 2, and items valued below $499 targeted for the Jesse James Comics auction, with a deadline of Nov. 4.

Give Comics Hope is partnering with the non-profit Book Industry Charitable (BINC) Foundation to oversee the management and disbursement of raised funds, taking no organizational fees. The BINC Foundation is the home for the Comicbook United Fund, which is supported by Oni/Lion Forge, DC, Creators4Comics and other industry organizations.

“We are honored to work with Bill and his team of passionate volunteers to further help comic book stores during this unprecedented time. We know the funds raised from this visionary initiative will help neighborhood comic shops continue to serve their customers and their communities,” Pam French, Binc Foundation executive director, said in a statement. “Together, we are working to help comic retailers through the many challenges they are faced with, so they can continue doing the work they love — selling comics.”

More information about Give Comics Hope can be found at the initiative’s official website, which also includes details on how to donate to the upcoming auctions, as well as video testimonials from a number of creators and supporters. 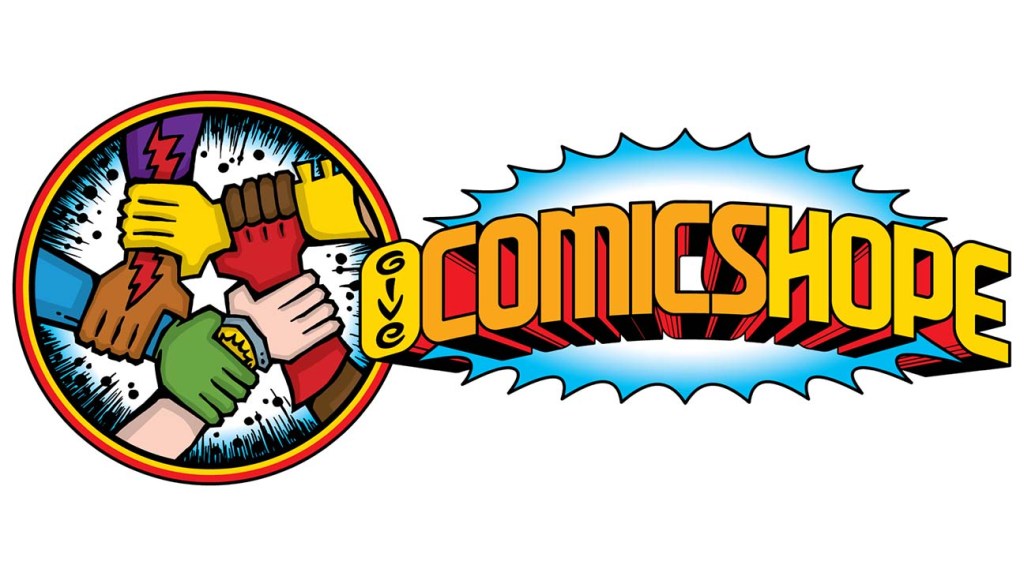