This year marks a century since Charlie Parker Jr., one of the most influential jazz musicians of all time, was born. To mark the centenary, Z2 Comics — the publisher behind the upcoming graphic novel Grateful Dead: Origins — is teaming with jazz scholar and cartoonist Dave Chisholm to tell the real-life story of Parker’s time in Los Angeles in a new graphic novel, Chasin’ the Bird: Charlie Parker in California.

Named for his 1947 standard, the book will begin with the arrival of Parker, affectionately known as “Bird,” and Dizzy Gillespie in L.A. in late 1945, with the two bringing the sound of East Coast jazz — which is to say, bebop, the jazz genre Parker was integral in the creation of — to a residency in Billy Berg’s iconic Hollywood jazz club. It was the beginning of a two-year stay in California for Parker, which combined personal hardships and professional highpoint, including both being committed to a mental hospital for six months and recording some of his most groundbreaking work, including “Ornithology” and “Relaxin’ at Camarillo,” the latter a reference to his hospital stay.

“I am so thrilled and incredibly honored to have gotten the opportunity to write and draw Chasin’ the Bird,” Chisholm said in a statement about the project. “My creative and professional life has basically consisted of a steady ping-pong between two obsessions of mine: music and comics. Needless to say, I’ve had the time of my life writing and drawing this book, which has turned into an incredibly personal and meaningful project. I am beyond excited to share this with the world and help spread the word about Bird’s wonderful music.”

Added Z2 publisher Josh Frankel, “Charlie Parker is one of the most well-known figures in jazz, and to publish a chapter of his tragically short life story in comics is an honor. Jazz has always been a perfect complement to comic books, and certainly an inspiration to some of our greats as well. Robert Crumb would be proud.”

Chasin’ the Bird: Charlie Parker in California will be released in September, shortly after the centenary of Bird’s birthday on Aug. 29. As with Z2’s other musical biography releases, it will be accompanied with a flexidisc of rare music, details of which will be announced shortly. The book will also be released in a deluxe limited edition, with a vinyl 45″ of the regular edition’s flexidisc. Look below for an exclusive preview of Chisholm’s artwork for the book’s cover and interior, colored by Peter Markowski. 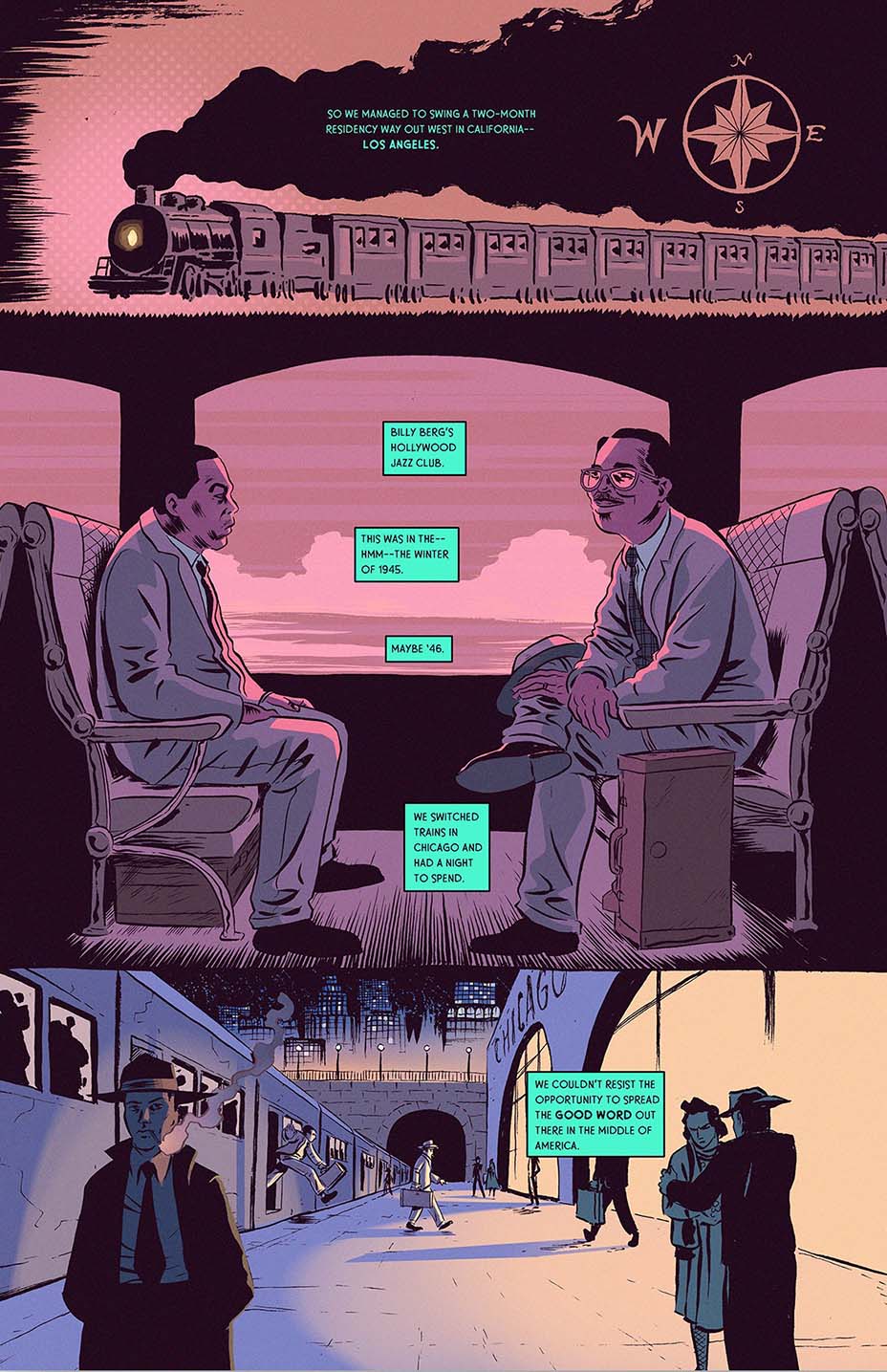 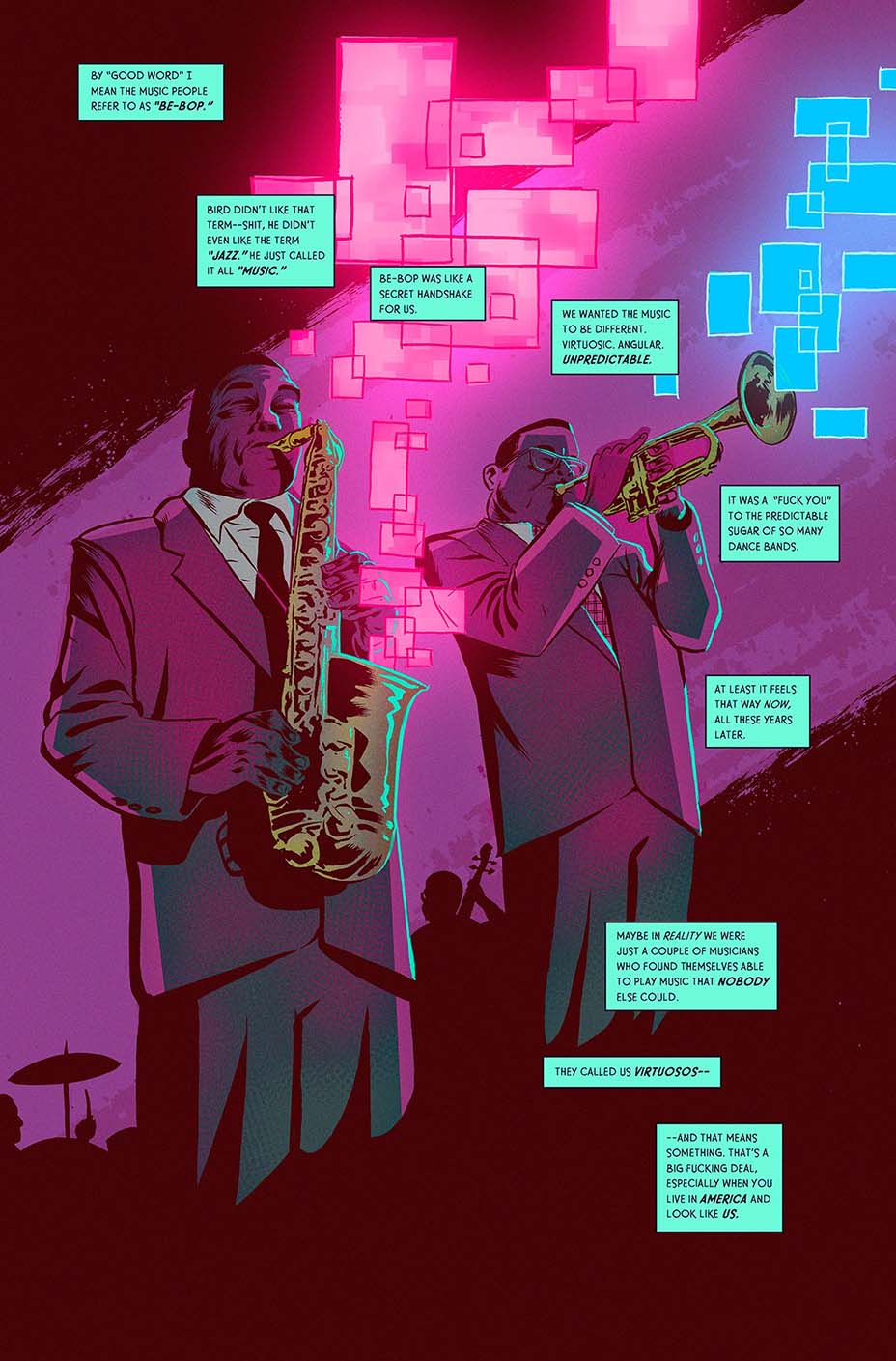 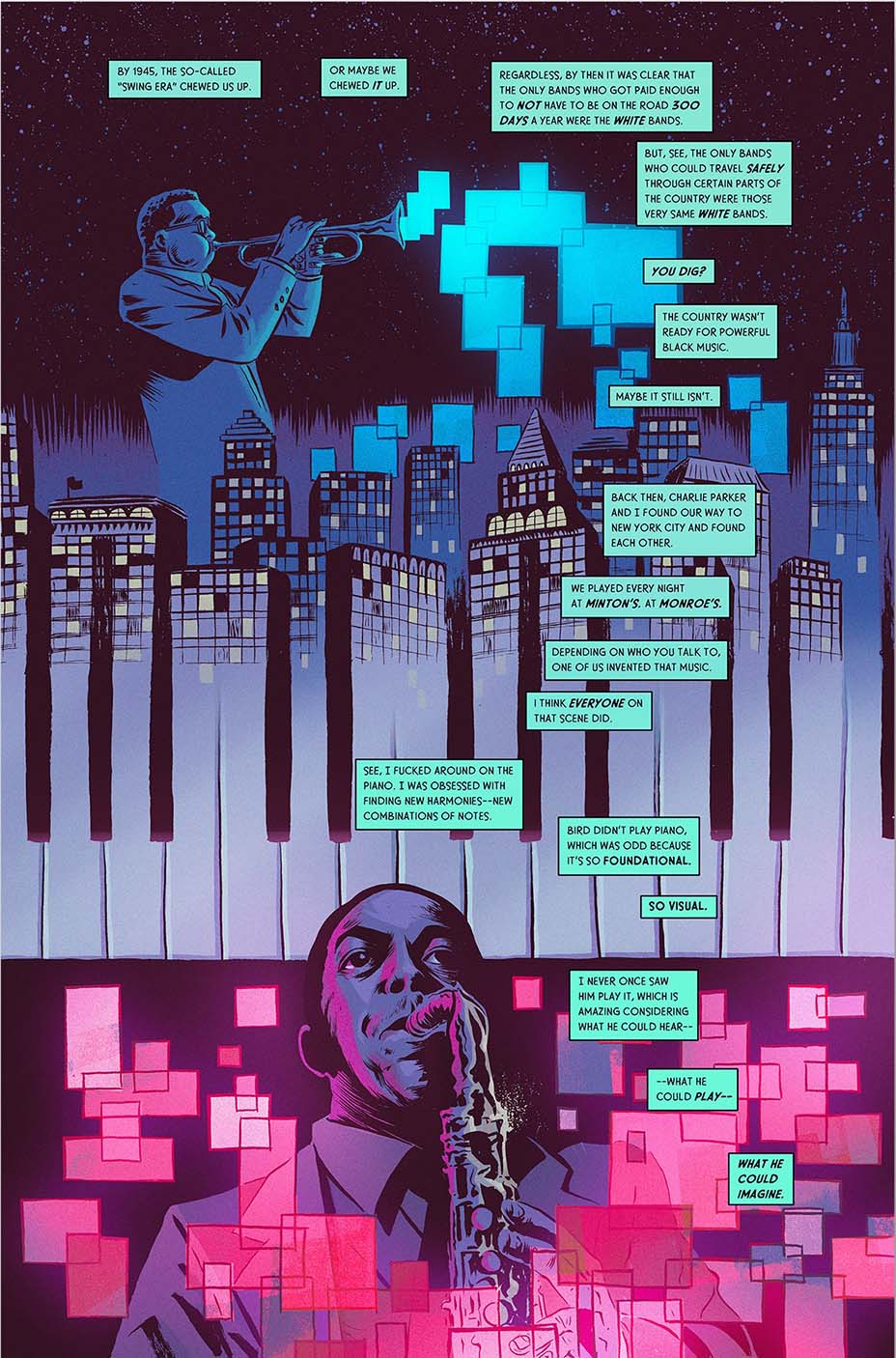 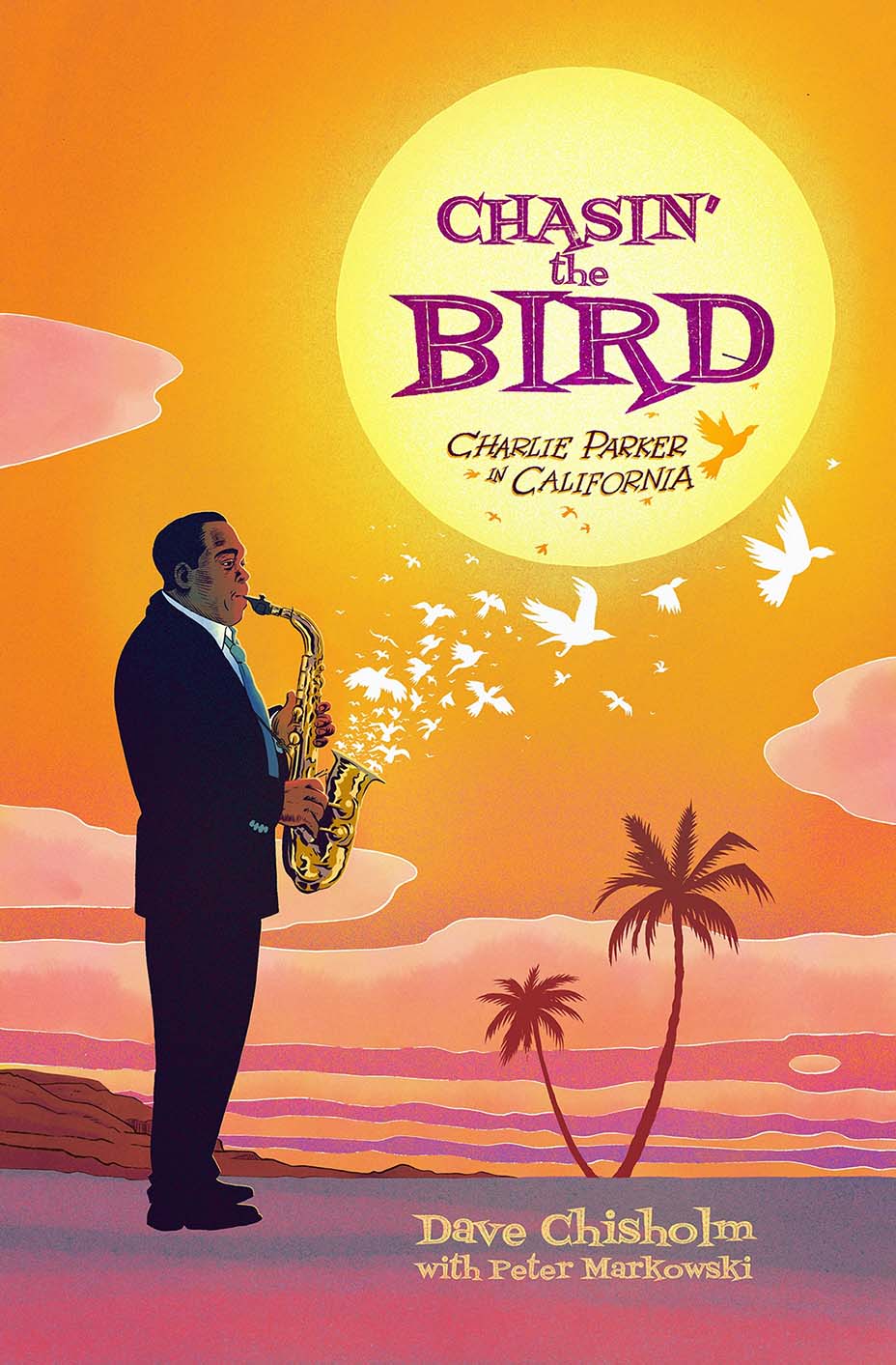