With Charlie’s Angels, Elizabeth Banks fulfilled her biggest project yet as a filmmaker. The latest continuation of the ’70s TV show and the series of early-2000s movies has a packed cast, including Kristen Stewart, Naomi Scott, Ella Balinska and Banks herself. The film, which currently sports a fresh Rotten Tomatoes score of 65 percent, is also loaded with a myriad of cameos. To assemble the Angel recruits who appear in the film, Banks made a wish list of impressive women.

Banks is best known as an actor, but she’s made a name for herself as a filmmaker with Pitch Perfect 2, which grossed $287 million on a $30 million budget. In a recent conversation with THR, she discusses creating an actor-friendly environment (“I put a premium on the hair and makeup trailer”) and the meta-nature of being a director whose character in the movie also directs the angels.

So what excites you more these days: a great role or the chance to helm a cool project like Charlie’s Angels from start to finish?

Ooh. A great role. (Laughs.) Helming something from start to finish is typically a much longer and more involved process.

As you gain more and more experience directing, do you now find yourself dreaming up fancy tracking shots or researching certain cameras or lenses?

(Laughs.) I’m not that enamored with all the technical stuff. I do love composing shots, and I do like trying to figure out what the best way to tell a story is. 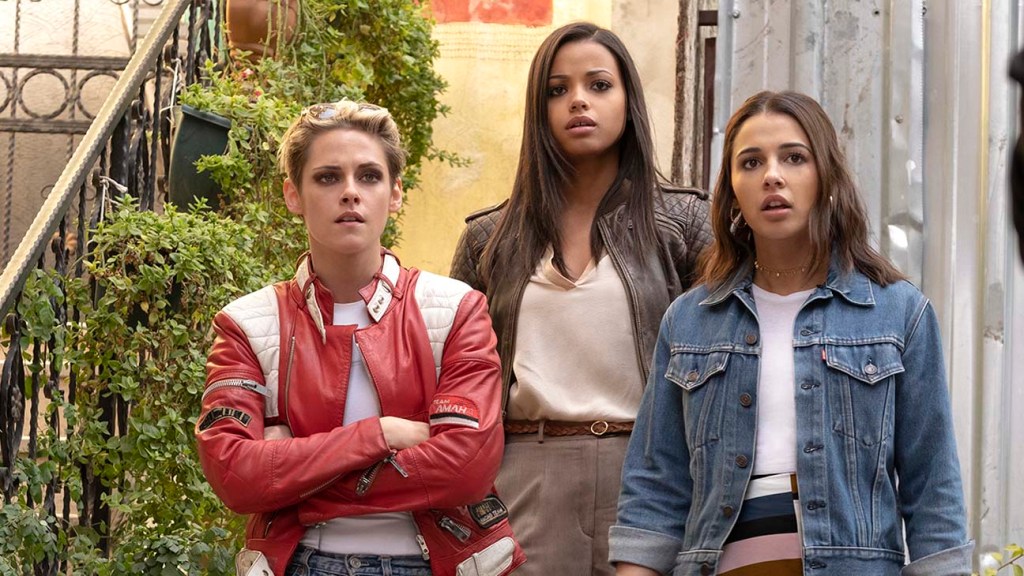 Early reports referred to Charlie’s Angels as a reboot, but that’s not the case at all. Can you talk about the decision to continue on in the same universe as the TV show and previous movies, versus rebooting entirely?

Kristen was the first of the lead actors to join. Since she’s mostly worked in independent films since Twilight ended, was she a tough sell at first?

She was in Snow White and the Huntsman, which was a pretty big hit. (Laughs.) I think that Kristen is one of the finest actresses of her generation — or any generation. She was my secret weapon. I knew that I could play with audiences’ expectations for her, and that we were gonna show off a side of her that audiences don’t often get to see.

No is really the true answer. We had to play around with different versions of those, and we had some that we liked more than others, etc. It takes a while because in the edit, we have to figure out how many do we need, what do we want to say, who do we want to have featured? So, for instance, there’s a picture of Patrick Stewart with Prince Harry and Prince Williams that we got in the last week of the edit. 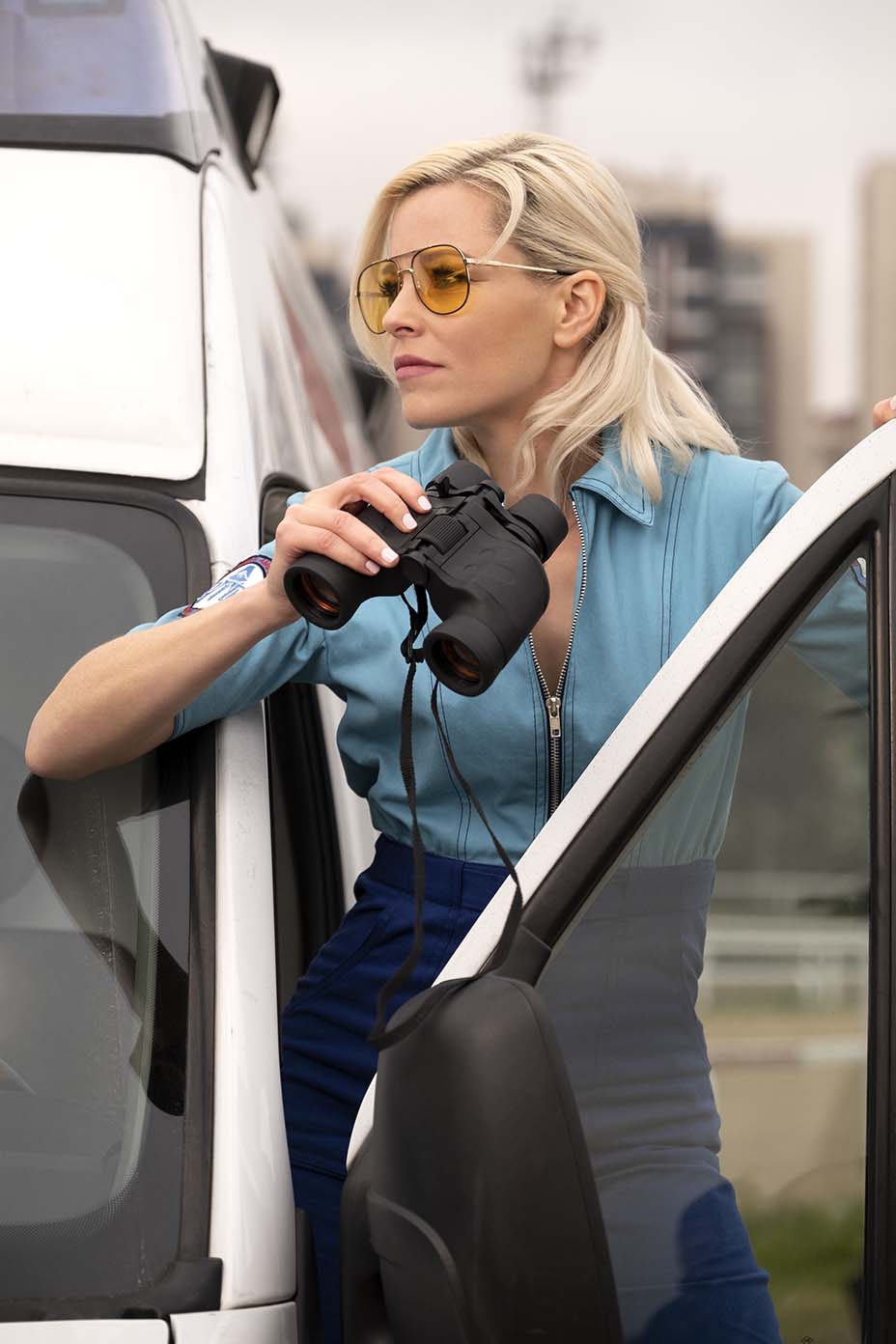 As an actor-director, what do you provide your actors that nonactor directors fail to provide you as an actor?

I put a premium on the hair and makeup trailer in a way that a lot of nonactor directors don’t. They just don’t understand what goes into the morning routine for actors and how important it is that that morning routine be awesome so that everyone comes to set excited and ready for the day. If something is going wrong in the trailer in the morning, you’re going to have a bad day on set.

I definitely give performance direction. I wouldn’t say I push anyone. I like to create an environment where people feel safe and where they feel like they can fail. They can trust that I’ll fix it, that I’ll use the best takes and that we’re going to be able to play a little bit. It’s a really fun job, and it should be fun while you’re doing it. So I also put a premium on the fun part of it, and just making everybody feel like they’re collaborating and that their ideas matter. I will always try one for somebody else. So, if it’s like, “What if I did this?” I’ll say, “I dunno. Show me. Let’s see what happens.” I love when actors surprise me.

You play a former Angel who’s now a Bosley, and your Bosley is a director of sorts to the three Angels. Was your role intended to be meta-commentary for how you’re also directing three lead actors?

(Laughs.) I realized about halfway through that it was getting kind of meta — that I was sort of the mentor for the women in the movie as Bosley, and I do feel like I am mentoring these incredible women through Hollywood. 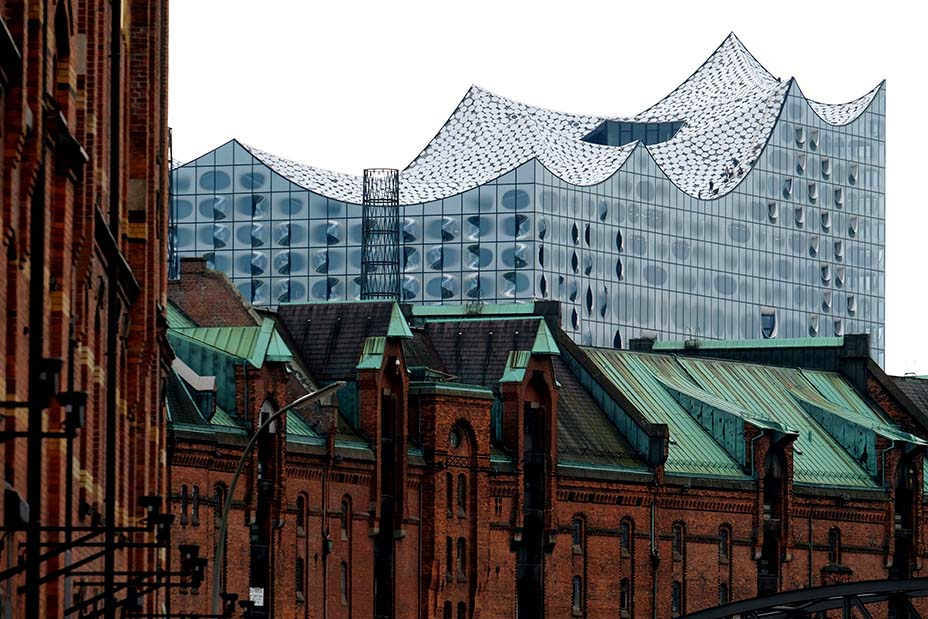 Hamburg and Istanbul aren’t the most common filming locations, which I appreciate since we see a lot of New Orleans, Atlanta, Vancouver, etc. What led the film to each locale?

The first draft of the script was set in London, and we just couldn’t find any real space in London. So we ended up in Berlin, which was amazing. That building that we shot the entire Brock Industries heist sequence in — which is their philharmonic building in Hamburg — is a brand-new building. It’s never been shot before. As a director, I was looking for things that have never been shot before because that’s part of the fun of my job. I put that building on my dream board when we were coming up with locations for the movie about two years ago. Then we went and saw it, and it’s like I manifested it through a dream board. (Laughs.) I just loved the building; I thought it was really fresh and modern. It’s on the water in Hamburg. The top of it looks like waves. I felt like Brock Industries was a company that pretends to love nature, etc., and that building could represent all of those things. And that building happens to be in Hamburg.

Early on in the film, Kristen’s Sabina tells Ella’s Jane that she’d pay to see her cosplay as Catwoman. Since Ella just went through the Catwoman audition process, have the two of you talked about this coincidence?

(Laughs.) No, we haven’t. We recorded that line however long ago. I would still love to see Ella play Catwoman, but I’m really happy that Zoe Kravitz is doing it too.

If that’s not life imitating art, then I don’t know what is.

I think Ella is a huge action star in the making.

She was everything I was looking for. I wanted a really credible action star in that role. I felt that the trio required someone who had a very different energy from Kristen. Ella is very serene; she’s almost regal. She’s the yang to Kristen’s yin, and I needed that for the comedy to work. And then I needed someone who could just kick ass in the action part of it. She’s very well-trained already. She brings a lot of personal life skills to the role. She was really brave in her audition; she threw punches in the audition. A lot of the actresses who come in don’t commit. They feel silly. They think, “Oh God, I look like an idiot.” She had none of that. She was confident. She was physical. She was present, and I’m so glad she’s our Jane.

The bowl-cut wig. Was that based on anyone in particular?

Yes, it was. It was inspired by Dorothy Hamill’s haircut in the ’70s. There are lots of ’70s homages in the movie, and that bowl cut is one of them. 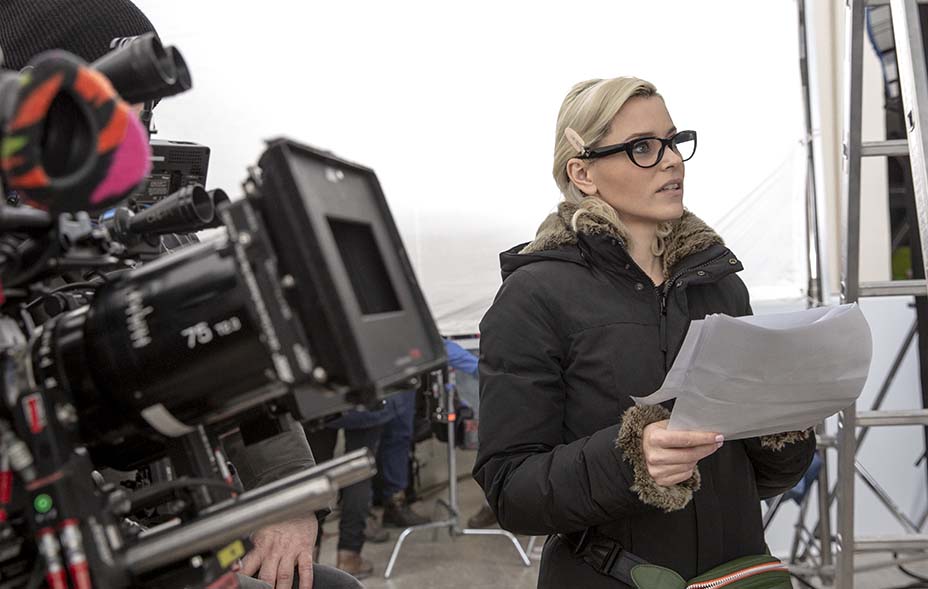 What did you learn about your movie in the editing room that wasn’t apparent during writing and production?

You learn so much in the edit room, especially how important sound is when you’re putting together a car chase. I learned this on Pitch Perfect 2, but there are things that you shoot that you just think, “This is never going to work. Oh man.” It just feels like it doesn’t work for a long time. But as you go through the post process and you add the sound design, the music … and play with the puzzle pieces a little bit — it clicks. It’s so gratifying when things click. I’m like a nervous mom about it. I’m worried that my baby is just not gonna come together, and it miraculously does. And if it doesn’t, then it’s usually not in the movie. (Laughs.)

A lot of actor-directors have a hard time editing themselves. Is that the case for you?

I’m a big fan of your villain Jonathan Tucker. Out of curiosity, was there any Massachusetts bias involved in his casting?

Of course. I try and cast people from Massachusetts in everything. (Laughs.)

You’re the first woman to helm a story in a franchise known for empowered women. Have you thought a lot about how you’re paving the way for more women directors in the studio system?

Did you engineer any chemistry-building with your three lead actors, or did they develop it naturally on their own?

We did, of course, bring them to Berlin early. I got them into training together, which I think is always a fun way for people to bond. It’s the same as when you put on a play and you do rehearsals. It was the same for Pitch Perfect; we had A Cappella Boot Camp, which is what we called it. So there definitely is some engineered rehearsal time that was built into this, but I have to say that these girls fell in love quickly and remain fast friends.

Ariana Grande, Miley Cyrus and Lana Del Rey are great and all, but how come Naomi Scott isn’t part of an already star-studded soundtrack?

That’s a question for Naomi.

Some of the cameos have already been revealed on social media, but how did the majority of them materialize? Did you basically put together a wish list and start calling?

Were the early-2000s Angels ever close to physically appearing?

There really was only the opportunity for one — the Kelly Garrett (Jaclyn Smith) moment. Long story short, we approached Jaclyn Smith, and once she said yes, that kind of slot was filled.

With every project, you likely gain perspective that you take with you to the next project. What’s your biggest takeaway from the Charlie’s Angels experience?

It’s hard getting movies made. (Laughs.) Every time I make one, I liken it to giving birth. It’s hard. It’s a bit of a trauma, and then, when you’re on the other side, you kind of forget that it ever was hard because you’re proud of what you made.