Despite a fraught 2019 at the North American box office, when revenue slipped 4 percent to $11.4 billion, the film business could take solace in the fact that worldwide grosses hit an all-time high of $42.5 billion last year. The global uptick was due to a spike in key markets, with China turning in $9.2 billion. Now, in the wake of a coronavirus outbreak that has infected thousands and claimed more than 100 lives in China, the movie industry is grappling with the unthinkable: Nearly every cinema in the country, totaling about 70,000 screens, has shut down.

Better Off Alone? Why the Murdochs Called Off a Fox-News Corp Merger

As concerns mount that Beijing’s efforts to contain the virus are falling short, there is growing awareness that the economic damage wrought by the epidemic could spread far beyond China’s borders, while potentially driving down 2020 global box office revenue by $1 billion to $2 billion. And with public activity in the world’s most populous nation — controlled by the Xi Jinping-run Communist Party — grinding to a halt, other growing entertainment sectors (stage theater, television production, theme parks and esports) also are taking a hit. In its Jan. 28 earnings call, Apple CEO Tim Cook cited “wider than usual revenue range” during the next quarter “due to greater uncertainty” amid the outbreak.

So far, most of the movie industry damage has been borne by Chinese companies. But Imax, which operates more than 680 theaters in China, is one North American film entity reeling alongside its Middle Kingdom peers. Shares in the large-format theater company’s China subsidiary, which is listed in Hong Kong, were down 17.5 percent on Jan. 28, compared with 12 days earlier. “Their first quarter is totally blown up now,” notes analyst Eric Handler. “In the first quarter of last year, half of all revenue came from the Chinese New Year week.”

As public health experts have noted, the timing of the coronavirus epidemic — on the eve of China’s Lunar New Year holiday, as hundreds of millions of people began fanning out across the country to visit their hometowns — was an epidemiologist’s worst nightmare. It also couldn’t have come at a worse time for the local film industry. Over the past decade, mass moviegoing has emerged as China’s pastime of choice during the weeklong holiday, known as Spring Festival.

In February 2019, China set a record for the most box office revenue ever generated by one country in a single month, eclipsing the $1.6 billion in ticket sales there a year earlier. Both totals were vastly more than North America’s best-ever month in July 2011 ($1.4 billion, not adjusted for inflation). In 2019, the Chinese New Year also served as the launchpad for the country’s first bona fide sci-fi blockbuster, The Wandering Earth, which opened to $298 million and ultimately earned $690 million. Although this year’s slate of holiday tentpoles was thought to be stronger than ever, Chinese film executives are contending with the possibility that total box office in late January through February will be next to nil. 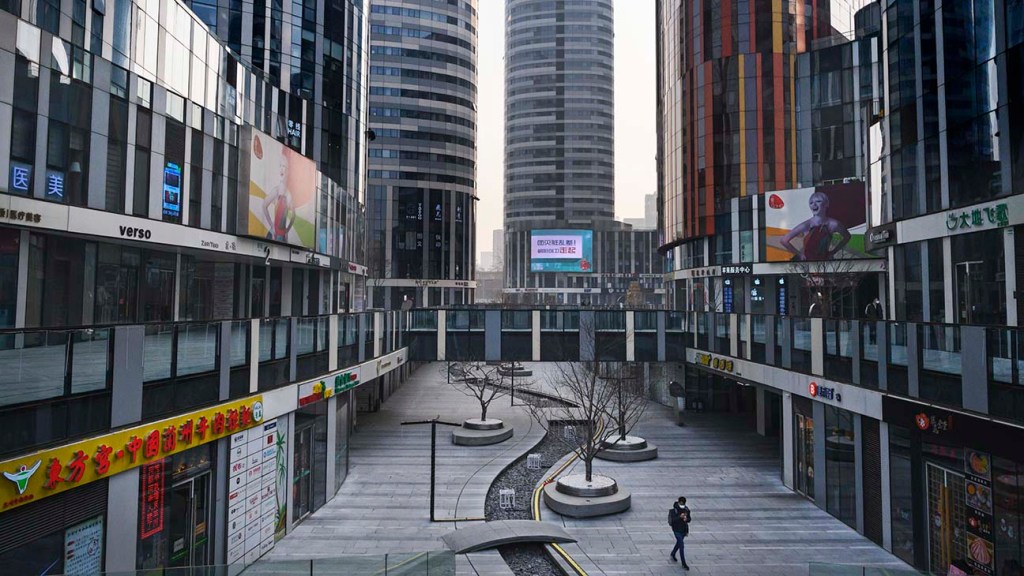 Those cinemas that managed to stay open over the Jan. 24-26 weekend turned in a combined $2 million, according to local box office consultancy Artisan Gateway. That compares with $507 million generated over the first three days of last year’s break — a holiday record that, before the outbreak, most analysts expected would be smashed this year. Notes Handler: “Who knows how long this epidemic will last? China is essentially quarantining itself. You can’t fault the country.”

One studio, Huanxi Media, responded to the crisis by deciding to release its widely anticipated holiday tentpole Lost in Russia online for free instead of waiting for cinemas to reopen. The company had scrambled to ink the streaming deal within just 24 hours, signing a partnership agreement on Jan. 23 with rising video giant ByteDance, best known as the company behind TikTok. The internet firm paid Huanxi a one-time fee of 700 million Hong Kong dollars ($90 million), and the parties agreed to share whatever advertising revenue was generated.

Huanxi’s bold giveaway impressed industry peers and delighted fans, who were trapped at home en masse avoiding public spaces. China’s exhibitors, however, were far less pleased. A joint letter signed by the country’s biggest theater chains, including Wanda, Bona, Dadi and Lumiere Pavilions, promised to boycott all future releases from Huanxi, and urged China’s Film Bureau to intervene. “This goes against the payment and revenue model that the movie industry has cultivated over many years, is trampling and intentionally destroying the movie industry and premiere models, and plays a lead role in causing destruction,” the letter said.

Huanxi contends that it remains committed to the theatrical film model, but was just trying to do right by its fans and shareholders amidst a historically bad set of circumstances. 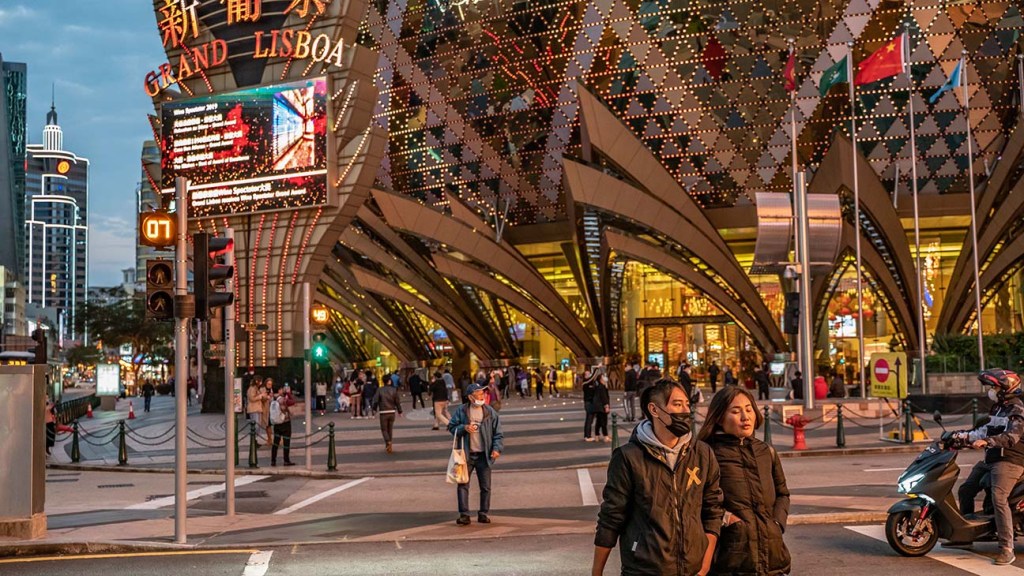 Whatever comes next, industry insiders in Beijing believe more U.S. film companies should begin preparing for their own eventual exposure to the coronavirus fallout. In 2019, Universal and Amblin Entertainment’s Green Book (Alibaba distributed in China) set a box office record for a best picture winner in China, earning a huge $70 million during a release scheduled shortly after the Academy Awards ceremony.

Eyeing that success, a slew of this year’s U.S.-made awards titles are lined up for theatrical outings in China in February, when the country’s de facto Lunar New Year blackout on imported film releases originally was scheduled to conclude. Searchlight’s Jojo Rabbit was set to be first out of the gate Feb. 12, followed by Sony’s Little Women on Feb. 14 and Road House’s Marriage Story on Feb. 28. Before the outbreak, sources in Beijing said that Sam Mendes’ best picture contender, 1917, was close to securing a February date from Alibaba. Studio tentpoles also were in the mix: Universal’s Dolittle was scheduled for Feb. 21 and Paramount’s Sonic the Hedgehog on Feb. 28.

Few in the Chinese industry believe that any of those engagements will still happen. “No one knows what is coming next, but we are operating under the assumption that all new releases scheduled for February will be canceled,” the CEO of a Beijing-based company that holds the China release rights to an Oscar-nominated film tells The Hollywood Reporter. (The executive asked not to be named because of the sensitivity of commenting on issues related to the health crisis.) If such prestige titles are pushed too far outside the glow of the Oscars, their earnings potential in China could plunge precipitously, this executive adds.

Depending on how the epidemic progresses, studio tentpoles deeper into the calendar, such as Disney’s live-action remake of Mulan, scheduled for release in China on March 27, and the April Bond pic No Time to Die, also could be bumped. Observers also believe that restarting China’s release pipeline — whether it’s weeks from now or months — will be far more challenging than shutting it down. With at least six major Chinese tentpoles in need of new dates, “There will be too many big movies competing for too few weekends,” says a senior executive at another Chinese studio. Once the new round of release-date sweepstakes gets underway, U.S. movies can be expected to draw the short straw, analysts say — as per usual with regulatory matters in Beijing. 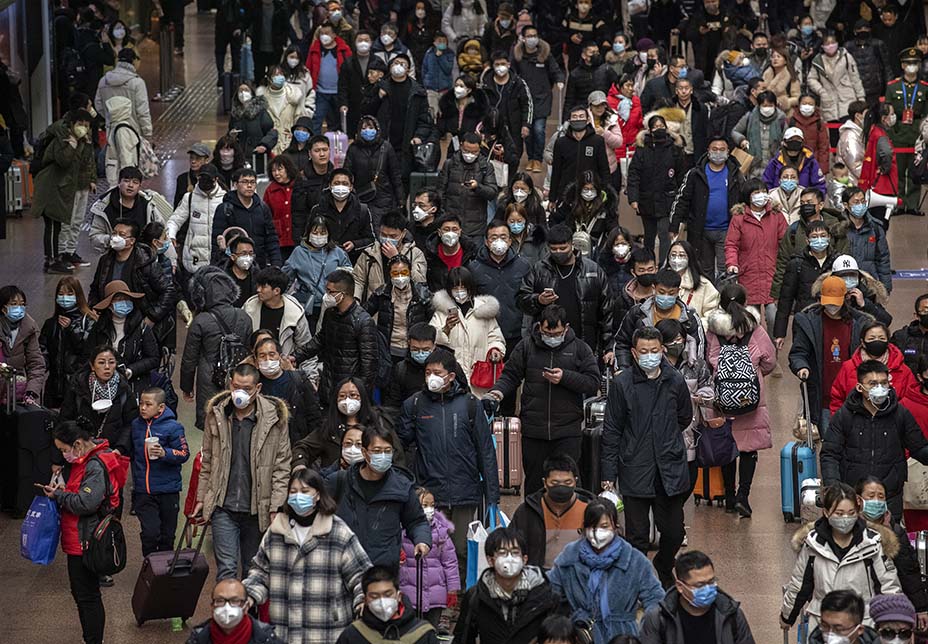 “Imported films are likely to suffer in the rescheduling as we have to expect Chinese films to get priority,” says Peter Schloss, CEO at CastleHill Partners, a Beijing-based merchant bank focused on the media and entertainment industries.

In April, Warner Bros.’ Shazam! was able to open during China’s long Qingming holiday weekend — considered something of a coup and a sign of progress at the time. It grossed $43 million. There will be no such luck in 2020, Schloss says: “Chinese audiences increasingly prefer local titles to foreign imports, and against the backdrop of the continuing U.S.-China trade war, we don’t see Hollywood films getting desirable release dates over local films.”

Others worry that the damage already done to the Chinese theatrical industry — and by extension to Hollywood’s earning potential there — could prove more irreparable than a lengthy release-date shakeout. “The situation is not good for exhibitors, particularly those that operate marginally within the industry, both in terms of location quality and operational profitability,” says Rance Pow, CEO of Artisan Gateway.

Now more than 15 years old and still going strong, China’s cinema building boom recently has been fueled by a parallel surge in speculative commercial development in increasingly rural regions of the country. Well before the coronavirus epidemic, analysts had begun sounding the alarm that smaller theater circuits in less developed parts of the country were overexpanding and coming under financial strain.

In 2019, China’s average box office earnings per screen slid to their lowest level in more than 15 years. And despite the local industry adding an average of 26.6 new screens a day throughout the entire year, growth in total admissions stalled, climbing just 0.6 percent year-over-year, the lowest rate in more than a decade.

Notes Stephen Saltzman, a partner at Paul Hastings who has represented Chinese state-owned entities in dealings with Hollywood: “There could be a potential recovery from the loss of a few weeks, but with a longer hiatus possibly on the horizon and real estate values being severely challenged, unless the government is motivated to step in with additional support, this could be a disaster in the making.”