In Remedy Games’ latest supernatural-action title Control, the player is tasked with handling the strange phenomena occurring within the game’s fictional Federal Bureau of Control, a secret government agency that studies bizarre, reality-defying wonders. The game’s visual landscape may look like a standard office building, but soon the setting invites astral planes, anxiety-inducing shelter spaces, employees suspended in the air, moving walls and a troubling force known as The Hiss.

Among those tasked with handling that curious setting was Finnish game director Mikael Kasurinen, known for his work on Quantum Break, Alan Wake and plenty more. When asked if there were particular sequences in Control that provided him with challenges he hadn’t seen before in his gaming career, he replied, “Yes, all of them.” The complex plot of Control involves the lead character Jesse Faden (voiced by Courtney Hope, from Remedy’s previous games), trying to uncover what happened to her younger brother at the Bureau years earlier, a journey that presents a slew of physical obstacles and physics anomalies, not to mention brutal enemies.

As Kasurinen details in a recent interview with The Hollywood Reporter, not only did the game provide steep technical challenges, the game’s open-ended storytelling structure was something that Remedy was launching into for the first time. Kasurinen further opened up about how the unusual concept took shape, the books and film directors who inspired him and planned expansions for Control so far.

How did you develop the idea for a supernatural, shooter-style game set largely in an office building?

I’ve been doing action games for a while now at Remedy, and they’ve all had an element of the unexplained, an additional layer of flavor that elevates the experience into something unique and interesting. In Control, it was important to create an experience that allowed the player to be in control: that they can decide what to do and where to go in a seamless, exciting, intuitive way. With the office [setting], that was a huge thing that sets this game apart from the previous games we’ve done; this complex, nuanced, deep, mysterious environment that has multiple layers, but occasionally comes across as mundane. To me, that’s the strength: we embrace the idea of being honest and direct about the mundane environment. This bureaucratic aspect of dealing with the supernatural was interesting to us immediately, and we drew different ideas from there. The environment itself is not just a building, it’s a place of power that rewrites the rules of reality. As you explore it, it becomes more and more strange, which adds to the overall experience.

How did the character of Jesse take shape? Was it always the plan to use a female protagonist?

We started first with establishing the world and its core elements and forces, and that informed our decision-making around who the hero would be. It was a different direction compared to what we’ve done before. We have a mundane, bureaucratic environment and an old-fashioned place with their ways of doing things — the machinery of bureaucracy that is churning — and then there’s a massive crisis to this place, a moment of transformation and disruption, so it felt very fitting that the new director who comes in to deal with the situation is a woman. We came to it from that perspective and not [just], we wanted a woman as a hero. 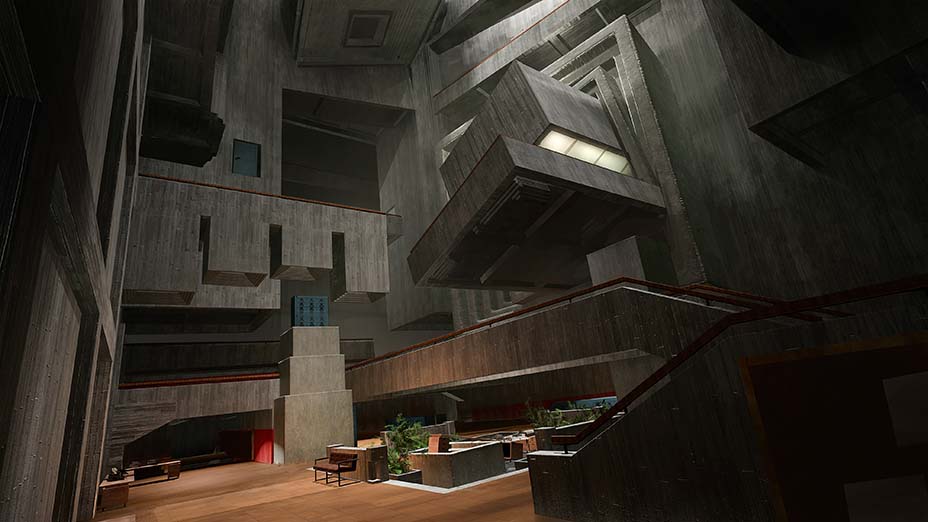 What were some of the inspirations for the game?

We’ve been lifelong fans of David Lynch and his peculiar take on realistic situations observed through a strange lens: All his movies and TV shows are inspirational as he manages to find that compelling setup with elements that are unexpected and unsettling. We are, at the end of the day, making an action experience, so it’s a flavor that we bring on board, dealing with the characters and the way they look at the world. Then there is the book series called Southern Reach by Jeff VanderMeer, which is all about dealing with strange phenomena that are beyond human comprehension. It also looks at the whole atmosphere of the situation; how people behave and talk about things, then what they hear about might be surprising to the audience. There are loads of other [inspirations] as well, like [Stanley] Kubrick’s movies — 2001: A Space Odyssey, especially the end sequence; dealing with something that is hard to grasp. From a game perspective, Dark Souls was a game to me that was [important for the] boldness in relation to storytelling. What they chose to do was as meaningful as what they chose not to do, regarding cinematics, character, dialogue, storytelling and so on, they had a very restrained aesthetic tone. It put a lot of responsibility on the player to think about that stuff and figure things out on their own, and that’s one of the core elements that makes Control tick: it provides concepts and ideas, not always in a neatly packaged way, but something that’s a bit raw and strange. It almost haunts you and invites you to think about it afterwards, while you’re on the bus or something. 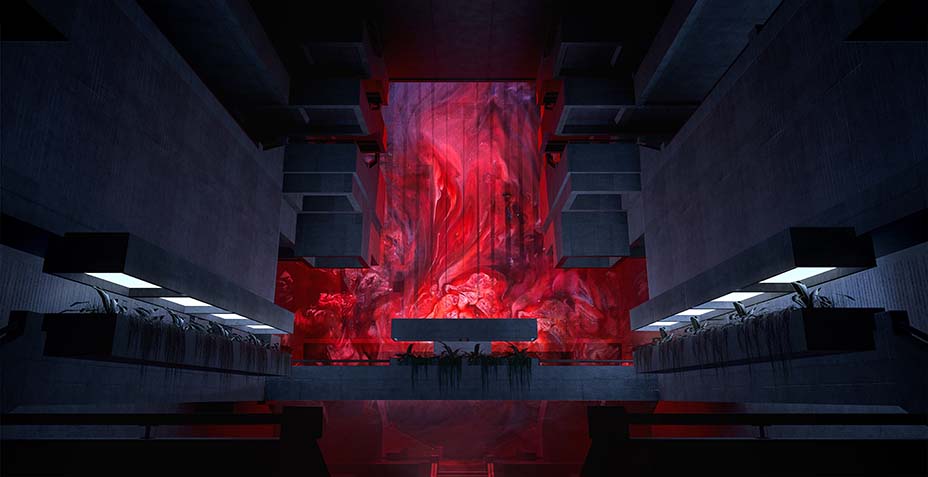 Is there a sequence that offered a directing challenge you hadn’t been confronted with before in your gaming career?

Yes, all of them. There was an interesting balance, because the game is a lot about Jesse and what she goes through as an outsider when she comes to this new strange world, so there was that arc, and then you have the peculiar background stories and strange behavior of those affected by the Hiss. It was a balancing act of seriousness versus [the] whimsical. We had many discussions about, “Is this becoming too ridiculous?” and so on, and then we’d take it back a bit. Looking after all the elements and still making sure it feels like a cohesive world was the biggest challenge. Our previous games were more tight, when you look at Quantum Break, there was one idea and everything was built around that. Here it was more like this strange collection of ideas and then this very personal centered journey with Jesse in the middle.

Can you talk about how the AI and animation systems advanced since Quantum Break?

There were so many new things that we did in Control; we had a more dynamic, reactive environment and a more open-ended world, so we had to rethink a lot of things. We couldn’t have enemies behave in the same way as in Quantum Break because they always did things in a very specific way. We altered that in Control and needed an AI system that was driven by a behavior and made its own decisions at any given time in a complex world. So we basically did our own new AI system, which allowed the enemies to function [differently.] In Quantum Break, it was animation driven, so the animation decided what happened when you moved your character. With Control, we have a gameplay-driven character and so the game decides what happens and the animations are [there] to make it look good. It was done the other way around. That allowed a sense of control for the character and for the combat to feel really good. To make it not too easy, [laughs], we switched our physics engine as well.

What game did you play a lot as a kid and what game are you playing now?

The biggest game in my childhood — and I’ve played games since I was a small kid, probably too young, even — was called Star Control II. It came out in the early ‘90s and it was a fantastic game. It was like Star Trek; you explore the universe using a star map that can take you wherever you want to go. It changed the way I looked at video games, because before that I had played games that didn’t have a sense of improvisation or choice; this game opened up the possibilities that video games have, that I hadn’t realized until that moment. Among recent games, God of War was a brilliant rediscovery of that character and world and what that game structure can be. It contained ideas that are dear to me, like the sense of discovery and really choosing where to go with the exploration. I know that Red Dead Redemption II had been a bit of a divisive game, and certainly has areas that are challenging, but what I appreciate about that game is it knows exactly what it is and what it wants to do, and makes no compromises about that. You can’t help but respect that.

There are smaller indie games that I keep tabs on, and one that had an impact on Control was a small game called Observer from an independent Polish studio. They had Rutger Hauer as the main character — I don’t know how that happened – but the game had really interesting visual ideas and a brilliant layer of virtual reality on top of the real world. That actually had an impact on us when we thought about the Ahti sequence where we layered the visuals on top of the foundation.

Do you have any hints or clues about your next project?

There are two expansions coming out — the first one is the The Foundation, where we get to see what’s going on in that specific location that we visited in Control. The second one is called AWE, it has connections to Alan Wake, and it focuses on the investigation of altered world events.