My dad was an anthropology professor at the University of Illinois at Chicago, and his office and labs were located in the Behavioral Science Building, a brick and concrete labyrinth designed by brutalist architect Walter Netsch. I remember as a child, navigating its angular hallways and skylit, geometric atria on my way to the soda machine to get a grape Crush, thinking to myself that I’d never seen such a perfect Laser Tag arena. (An odd bit of video game trivia: The Netsch-designed Cadet Chapel at the U.S. Air Force Academy in Colorado Springs appears in Guerilla Games’ Horizon Zero Dawn as one of the Vantage Points!)

Control, the new third-person action-adventure game from Finnish developer Remedy and publisher 505 Games, is as close as I’m likely to get to that childhood dream.

A Le Corbusier coffee table book come to life — if Le Corbusier’s buildings were filled with steaming, extradimensional corpses that hurl slabs of concrete at you — Control is hands-down the most visually stunning game ever to be set entirely within the confines of an office building.

Of course, the Oldest House is no ordinary office building. It’s the New York-based headquarters of the Federal Bureau of Control, a government agency that’s sort of like the CIA if Project MKUltra were the least crazy, sinister operation the CIA had going on. Among the many responsibilities of the FBC, which deals with supernatural phenomena of all stripes, is to assess, address and suppress AWEs — “altered world events” — unfortunate cases where the border between our dimension and one of the countless others is breached, resulting in all sorts of interesting problems.

You play as Jesse Faden, a woman who is compelled by an initially unknown force to visit the Oldest House. Shortly after her arrival she discovers the head of the FBC dead in his office from an apparent suicide. Jesse is then transported to the astral plane where she is designated by a large, black, inverted pyramid as the agency’s new director.

After being given a transforming gun and directed through a dimensional portal to a motel and then back through the portal to a floating, glass-walled office containing a red Bakelite phone that gives her the ability to launch objects via telekinesis … you know what? Let’s skip ahead.

It’s revealed that, as a child, Jesse, along with her brother, Dylan, was involved in an AWE in her hometown. Dylan was taken by the FBC, and Jesse has come to the Oldest House to find him.

But when she arrives, it’s clear that something is amiss (for reasons other than the whole dead-guy-astral-plane-talking-pyramid situation). All the employees are suspended 10 to 15 feet in the air, for instance. Flashes of red light produce well-armed, ashen zombies that perish in wisps of oil-slick rainbow smoke. The walls move a lot. And there’s a janitor who looks like a pockmarked David Lynch and seems totally cool about all the other stuff.

If you’re not intrigued yet, let me return to how the game looks. Not only is it gorgeous, but it’s all the more impressive given the constraints of its setting. While the Oldest House does have some environmental variety among its “sectors” — there’s a quarry, a power plant, a sub-sub-sub-sub-basement overgrown with colorful molds — it’s mostly an office building, filled with glass and concrete and … desks. And yet, almost every room presents some small wonder of interplay between light and texture.

The way, when you stand in front of a film projector, the picture dances in the folds of your leather jacket. The bright sunlight that cracks through venetian blinds, diffuses through the room and falls in still-distinct bands on a cluster of pneumatic tubes. The way light reflects differently off the springwood and summerwood in a panel of varnished wainscoting is enough to put a lump in the throat of any amateur woodworker.

That’s not to say there aren’t large wonders as well. Wait till you see the Ashtray Maze.

The one graphical aspect where the game is a bit disappointing is in the limited assets for things like lamps and typewriters and stacks of binders. There are probably 10,000 desks in the Oldest House and it’s common to walk through a room and see most of the workspaces adorned in the exact same way. The same lamp, the same files, the same three pieces of paper arranged just so. Repetitive clutter is harder to notice and harder to fault than repetitive neatness.

As far as difficulty, the game doesn’t hold your hand. The map is not very detailed, and quest prompts only direct you to the general vicinity of your objective. From the very beginning, the enemies all seem to make an effort to not get shot. I don’t think you make it out of the first main story mission before dudes start launching heat-seeking grenades at you. (P.S.: They hurt.)

There are no gun scopes, no way to zoom in or slow down time in order to score a headshot (although the launch ability — which is the main move, killing-bad-guys-wise — does have a lock-on feature, thankfully).

Aside from activating “Control Points” — i.e., fast-travel destinations where you can mod weapons and upgrade stats and where you respawn after you die and which are way less common that you’ll wish they were at several points during your play-through — the only way to regain health is to absorb little blue crumbs that enemies drop when they die. No herbs, no potions, no Curaga. And since enemies tend to cluster, that means you will often have to expose yourself to more damage if you want to heal.

So the combat is challenging — especially in the first half before you start to open up the ability tree — but it rarely feels frustrating or unfair outside of the occasions when two or more of the heat-seeking grenade guys spawn right next to each other, which is … unpleasant.

What the combat often feels is unbalanced. There are several different types of weapon you can unlock and each type levels, but the launch ability is far superior to them all. Also, upgrading launch damage only costs a few ability points while upgrading the weapons is much more resource-intensive, so the disparity only becomes larger as the game progresses. I finished the game using the pistol you start with almost exclusively — and that only while I was waiting for my launch energy to recharge. Luckily, it’s way less fun to shoot a bad guy with a pistol than it is to hurl a forklift or a file cabinet at him, so you learn to live with it.

The controls in Control are intuitive and responsive, which is good because you cannot afford to stand still during combat ever — heat-seeking grenades! — and battles can get super-intense and you very rarely have much flat, open area in which to maneuver. There wasn’t a point I can recall where I felt like the controller was betraying me. As I write this I’m still having some trouble not falling to my death while levitating, but that’s a late-game ability and I’m semi-confident I’ll master it at some point.

A somewhat convoluted storyline and minor gameplay issues aside, Control would be well worth a play-through for the lighting effects alone. The game is fun and creepy and delightfully weird. The side quests are actually good and useful and not just “Hey, get me this book.” The in-game collectibles are mostly documents but — another minor miracle here — fairly entertaining (special shout-out to the Dead Letter about airplanes and the sublimely odd and disturbing Threshold Kids). I suspect there’s probably hundreds of Easter eggy references to sci-fi films and books that, once pointed out, I’ll feel very bad for having missed. All of this plus some of the most mind-collapsing visuals in any game ever.

Now, to play through it again with the sound off and see if it syncs up to any Pink Floyd albums. 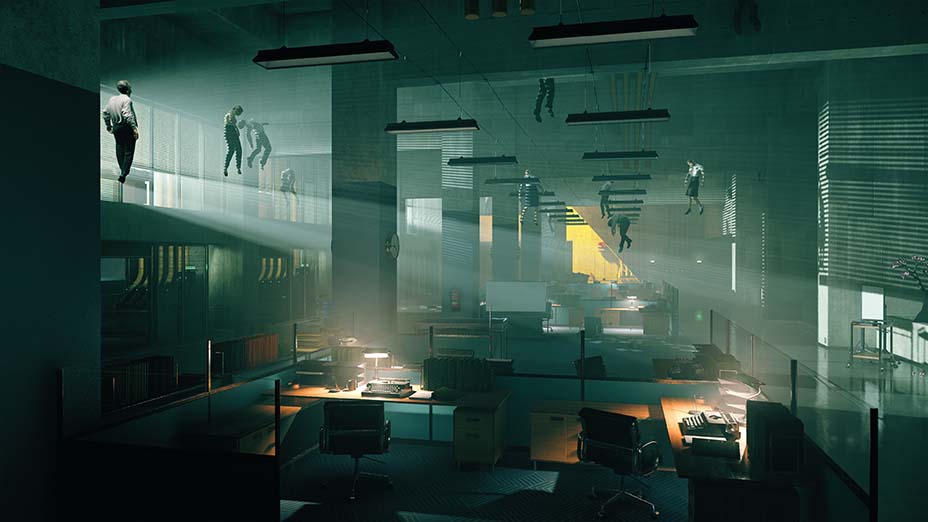 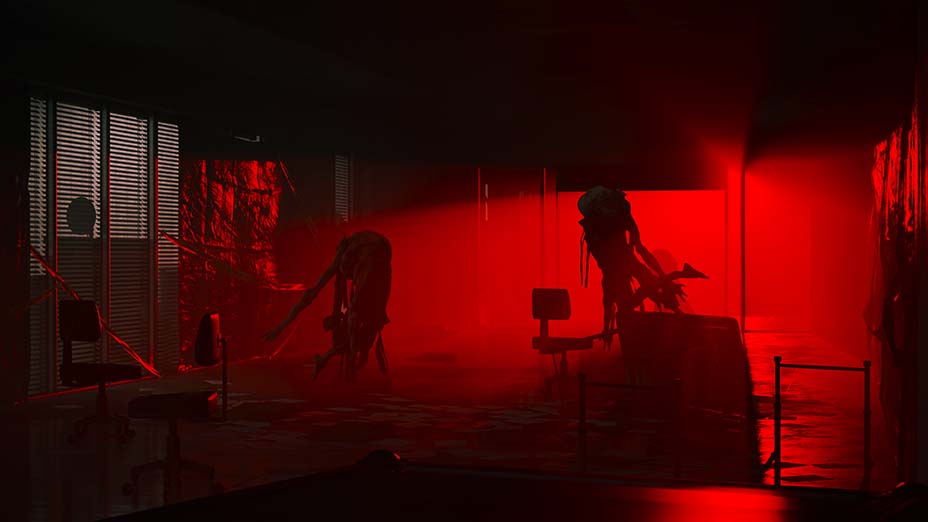