In this week’s episode, Kumail Nanjiani and Emily V. Gordon talk about executive producing Little America, Apple TV+’s series that captures eight unique — and true — immigrant experiences. The anthology show, which debuted on Jan. 17, explores a variety of stories, from a young man who competes in the National Spelling Bee in hopes of convincing the first lady to help his parents with their immigration issues to a Ugandan woman who opens a baking shop in the U.S. 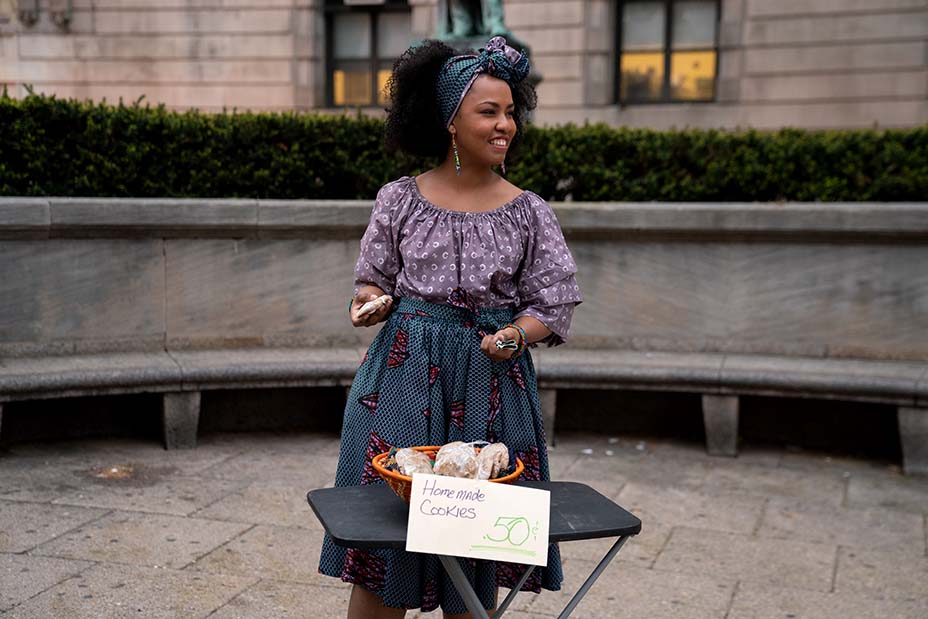 Co-writers Nanjiani and Gordon were looking for their next project after the breakout success of their Oscar-nominated 2017 film The Big Sick, when a pitch for Little America landed on their desks. “That’s a beautiful and odd thing about when you make something that is successful, is that suddenly you are somewhat flooded with people being like, ‘Hey, do you want to be involved with this? You want to be involved with this?’” says Gordon. “And Little America is genuinely the only thing we have attached ourselves to since The Big Sick.”

'In Conversation With': Gugu Mbatha-Raw Takes Us Behind the Scenes of 'The Morning Show'

Nanjiani and Gordon say that when they took the show out to networks, not everyone was receptive to the concept. Before it landed at Apple TV+, other network execs suggested they had to add in a throughline character, like an immigration lawyer that would tie all the stories together. “We got rejected quite a bit,” says Gordon. “And it is a show that I feel maybe 10 years ago could not have existed.”

The pair spoke about the episode they co-wrote together, “The Rock,” which centers on an Iranian man who hopes to build his dream home on a plot of land in Yonkers, New York, along with plans for season two of the series (they just turned in a script for the episode they’ve written together). Plus, the real-life couple spoke about their decision to start a podcast (Staying In With Emily & Kumail) during the pandemic, and also the film script they are working on together while at home, a sci-fi feature. “I would say, in some ways, it is similar to The Big Sick in that it’s really character- and relationship-based,” says Nanjiani. “It’s not like a big, crazy spaceship movie, even though I do love those.”

For much more from Nanjiani and Gordon on Little America and how they write as a couple, tune in to the latest episode of In Conversation With.