In this week’s episode, Michelle Dockery talks about starring opposite Chris Evans in Defending Jacob, Apple TV+’s drama that follows a couple whose 14-year-old son is accused of murdering his classmate. As the eight-episode story unfolds, it is revealed that there’s a family history of violence and a potential connection to Evans’ character’s father (played by JK Simmons) whose in prison for a grisly murder.

“The emotional journey for her is a roller coaster really,” Dockery tells THR. “She’s sort of questioning everything, her whole life. I think parent’s guilt plays so much into this story in that she feels so much responsibility and guilt if he did do this or was involved in any way.” 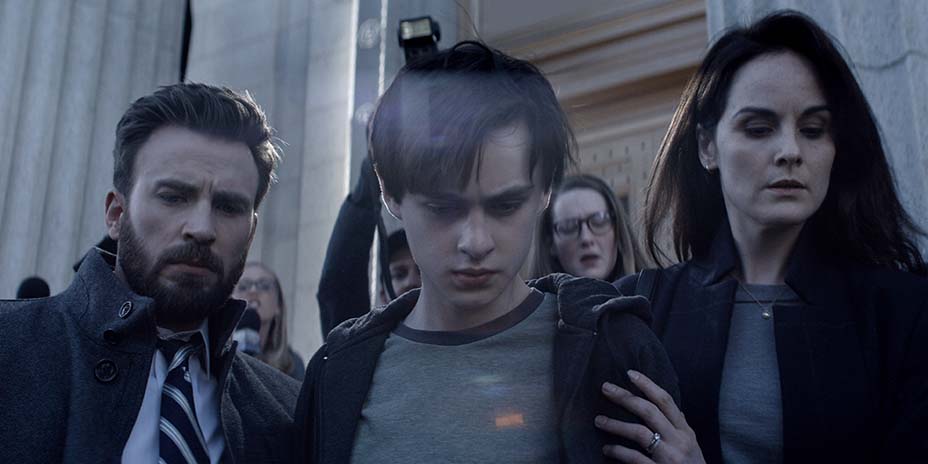 The drama, which is based on William Landay’s 2012 novel of the same name, required a powerfully emotional performance from Dockery. “I really had to get into a zone with this part. Some roles, I can be in character and then switch out of the emotion quite quickly, and you’re onto the next thing and you’re having a joke,” she says. “But with this, there were certain moments where if I for one minute became distracted or thought about the next scene or thought about what I was having for lunch, I would kind of come out of the zone.”

'In Conversation With': Kumail Nanjiani and Emily V. Gordon Reflect on Season One of 'Little America'

Dockery, who was nominated for a Globe and three Emmys for her breakout role on the series Downton Abbey, also spoke to THR about if she’d consider returning to TV for another long-running series. “It really depends on the material and the part,” she says. “I certainly would be interested in that if the right thing came along.”

Plus, the British actress reveals that she’s hoping to someday land a role in a musical. “When I first started in this profession, I was dancing and singing way more than I was acting,” she says. “I think I would have easily gone down that musical theater route at some point, and then I just sort of changed direction.”

For much more from Dockery on Defending Jacob and what her life has been like during this stay at home period, tune in to the latest episode of In Conversation With.