“I just wanted to get people paid,” McElhenney says. “But how could we do that and create an episode that didn’t just feel like we slapped it together for the sake of doing it — that we could deliver something that we didn’t have to apologize for the quality?” 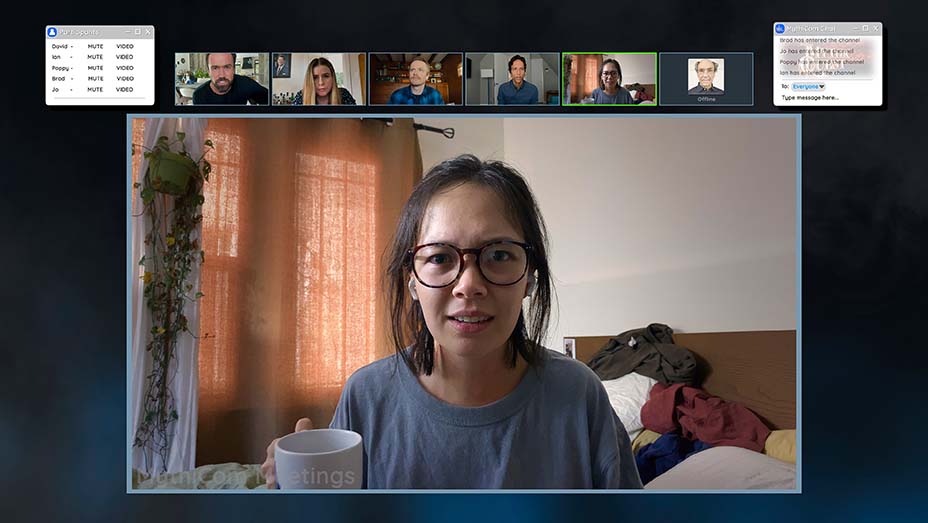 From pitch to delivery, it took McElhenney and company three weeks to make the episode. And despite the constraints of filming remotely and the frequent reliance on shared screens, the episode’s polished aesthetic does manage to stand out from so many of the remotely shot specials that have aired since the COVID-19 pandemic ground Hollywood to a halt. McElhenney, who also explained the elaborate Rube Goldberg machine stunt that capped the installment, says it all fed into his hunger for being more playful with the medium he’s called home since Sunny premiered in 2005.

“Look, there’s no more rules,” he says. “We don’t have to do it the way we used to do it … It’s just a completely different landscape out there. And I just want it to keep stretching.”

Different also means rethinking his show moving forward. McElhenney had just started filming season two of Mythic Quest when production was forced to stop. And given the fact that the series has already acknowledged the lockdown, he knows there’s no turning back. Future episodes will interrogate what a workplace comedy might look like now that workplaces are poised to change dramatically.

Meanwhile, McElhenney also talks about the record run for Sunny (recently renewed for a 15th season) and how he’s examining ideas of masculinity (toxic and otherwise) on his comedies.

For much more from Rob McElhenney on Mythic Quest and what his life has been like during this stay-at-home period, tune in to the latest episode of In Conversation With.