When Creed came out swinging into theaters three years ago it didn’t simply reinvigorate the Rocky franchise and Sylvester Stallone’s beloved icon. It also sealed the stardom of one of the most charismatic actors working today, Michael B. Jordan. Creed, and its knockout success – 95 percent on Rotten Tomatoes, $173.6 million worldwide on a $40 million budget, an Oscar nomination for Stallone and a central place in the “Oscars so white” conversation — was something few expected when the film was first announced. But the Oakland-born writer-director Ryan Coogler had a clear vision, not only about what Adonis Creed meant in terms of the Rocky franchise and his namesake Apollo Creed, but also what the character meant for young black men struggling to define themselves and carve out their own identities. Like Rocky before it, Creed had a lot more on its mind than just boxing.

Coogler, hot off the success of his indie film Fruitvale Station, which earned awards at both the Sundance and Cannes film festivals, quickly emerged as a hot Hollywood property. His voice and style landed him the coveted position as director and co-writer of Marvel Studios’ Black Panther. Within three films, Coogler has emerged as a filmmaker who can offer important insight into the discussion of racial identity politics in whatever genre he’s working in. The 32-year-old filmmaker may be just getting started, but he’s quickly emerging as one of our great modern directors. With all of this in mind, you can certainly imagine the returned skepticism surrounding Creed II when it was announced Coogler, busy doing postproduction on Black Panther, would not be returning to direct and would instead only return in the form of executive producer. The prospect of following a great director, or even one clearly on his way to greatness is no easy task, but it raises larger questions about filmmakers’ abilities to define themselves within the shadow of celebrated films and celebrated directors.

Steven Caple Jr. is tapping in. The 30-year old Cleveland director will fight for his own title belt this week with the Thanksgiving release of Creed II. The up-and-coming filmmaker has one feature to his name, the well-received Sundance film The Land, which centers on a group of inner-city kids in Cleveland whose dreams of becoming pro-skateboarders are sidelined by a crime. Caple’s position in Hollywood is not so different from Coogler’s, despite the two being from opposite ends of the country. He’s an indie filmmaker with designs on breaking into Hollywood by entering the ring with one of cinema’s most beloved properties. His role of director on Creed II wasn’t immediate. Originally, Stallone, who directed four of the six Rocky films, was set to direct, before stepping down after he and Jordan discussed the need for a contemporary black director who could maintain the perspective of the first. Both stars chose Caple to take over directing duties, with the script written by Stallone and Juel Taylor, with Cheo Hodari Coker and Sascha Penn getting story credits. 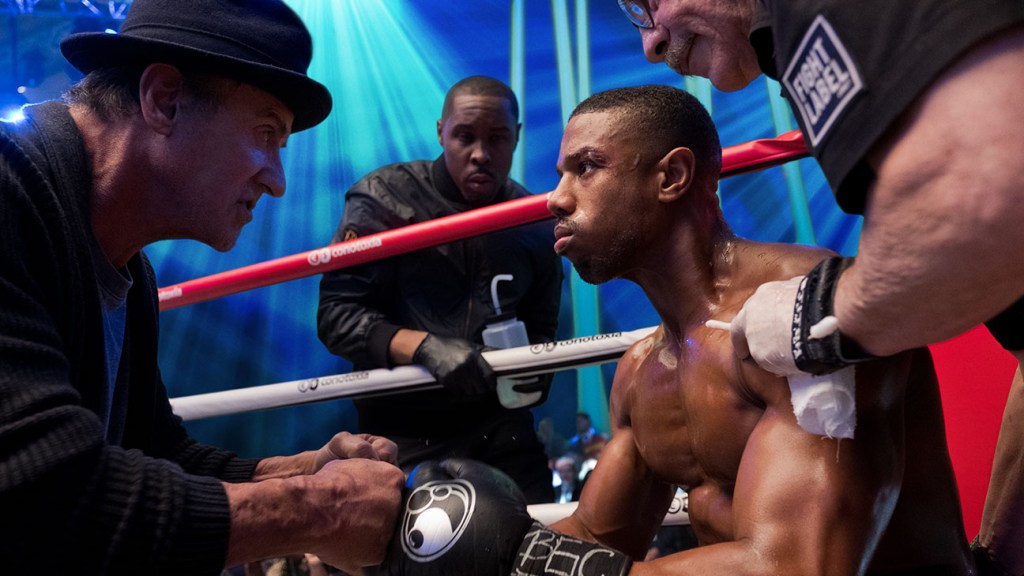 Early reviews for Creed II are positive — it currently stands at 79 percent on Rotten Tomatoes, though critics have highlighted a familiar plot and the absence of Coogler’s filmmaking and narrative skills. It’s true that the film doesn’t have Coogler’s touch, but Caple delivers a sequel that will make most fans of the first, and the Rocky series, very happy. These characters still feel honest and lived in. Whether it’s through the relationship between Creed and Rocky, Bianca (Tessa Thompson) and Creed, or even Rocky and Ivan Drago (Dolph Lundgren), every interaction further reveals these characters and forces them to question their identities and legacies. This may be a boxing movie, but much like the first, the fight outside the ring takes precedence over the one inside it.

Even if Caple doesn’t quite match the high bar set by the first, he doesn’t stray far from the look of Coogler’s film, even as the action moves from Philly to L.A. Caple Jr. does add his own flourishes, and whether it’s training sequences or fights, the filmmaker makes us feel every blow. Much of Creed II revolves around the theme of pain, and Caple gives us an unflinching look at it. Returning composer Ludwig Goransson helps give the film sequel a similar texture as Creed, though the score is quieter, accentuating the sound of boxing gloves meeting flesh and bones breaking. Even though the film adds new wrinkles to the Rocky/Creed mythology, largely through the return of Ivan Drago and his son Viktor (Florian Munteanu), Creed II feels in step with the first. Caple Jr.’s adherence to Coogler, at least on the surface level, raises questions of how far a filmmaker should be expected to depart from the original and for what result.

Caple certainly isn’t the first filmmaker to find himself following the work of a filmmaker who has jetted to greatness. Even Stallone, who made his debut as a director with Paradise Alley (1978), had to follow Oscar-winning best director and best picture helmer John G Avildsen’s Rocky (1976) with Rocky II (1979). Sure, Stallone may have written the script for Rocky and been the lead, but Avildsen was the prestige player. If you revisit Rocky II, you’ll notice how much Stallone is borrowing from Avildsen. While Stallone brought on a mostly new crew, with the exception of returning composer Bill Conti, it’s a film, a very good film, that is trying its best to walk in the boot prints left by Avildsen. Rocky II shows off Stallone’s technical skills, something that the celebrated action icon doesn’t receive enough credit for, but it’s not necessarily a promise of a great directorial voice. Stallone would later break away from Avildsen’s style in Rocky III, adopting a flashier and emotionally heavy-handed voice that fits in perfectly with the ’80s movement away from the New Hollywood style and more toward blockbusters led by blue-collar brawn. Rocky IV is the summit of Stallone’s ’80s style, complete with a toy robot, multiple pop songs and a boxing match for world peace. Rocky III and IV are not better films than Rocky, or even Rocky II for that matter, but they are emotionally gratifying and showcase a director moving away from established franchise expectations and turning working-class heroes into the superheroes of their day. While Stallone may not have become a “great” director, at least by the metric of Oscars and AFI lists, he did become a significant one who was able to use his directorial experience to shape his image as a movie star. 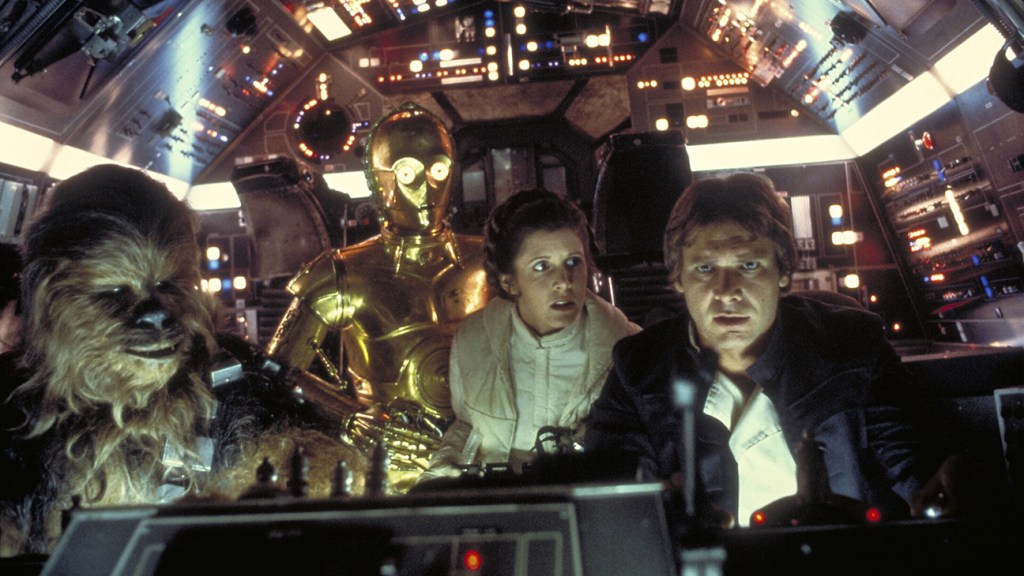 There are a number of other series born of the ’70s that also moved beyond franchise expectations, for better and for worse. While not as grounded as the Rocky series, these films have become no less important in our discussion of franchises. Irvin Kershner followed George Lucas’ Star Wars (1977) with The Empire Strikes Back (1980), and while it’s largely regarded as the best Star Wars film today, there’s little doubt that if social media had existed back when the announcement was made there would have been no shortage of naysayers and headlines like, “Kershner who?” While we often view the original Star Wars Trilogy as a whole, it’s quite remarkable how much Kershner and Return of the Jedi’s Richard Marquand strayed from the western/pulp aesthetics of Lucas’ style. While Kershner may have made the best film, he never became quite as synonymous with greatness as Lucas. Perhaps it was because Star Wars wasn’t truly his story, or perhaps because his greatness could only happen within the confines of a galaxy far, far, away. Kershner followed Empire with the non-canonical Bond, Never Say Never Again (1983) and Robocop 2 (1990), neither of which earned their place within the canon of great sequels. Then of course there’s the Jaws franchise, which got progressively worse in the absence of Spielberg. Jaws 2 (1978) director Jeannot Szwarc didn’t make a bad film, especially when compared with what came after, but it never justifies its own existence. It maintains the course, while offering nothing new in terms of themes or approach. The Superman series followed a similar path after Richard Donner’s 1978 film. Once Richard Lester took over during the production of Superman II (1980) the series became progressively silly and lacking in quality, with the exception of an undeterred Christopher Reeve. But for every franchise that has its path changed by new directors, there are those that face the challenge of having their most celebrated filmmakers return to the fold.

When Stallone wanted Rocky to return to his roots, step away from the movie star sheen and gleaming muscles, he once again turned to Avildsen to helm Rocky V (1990). And it’s here that we have the case of a great director trying to follow himself. Rocky V certainly has its merits, but it’s generally regarded by fans as their least favorite entry. Avildsen, who does bring a naturalism back to the franchise, can’t recapture the magic he brought to the first. The series had moved too far beyond him and the public association with the franchise had changed since 1976. Lucas and Spielberg would both face similar challenges when they returned to their great works with the The Phantom Menace (1999) and Indiana Jones and the Kingdom of the Crystal Skull (2008), respectively. Despite how often we clamor to see familiar directors return and continue the franchises they started, we rarely agree on the results, usually because they are striving not to repeat themselves. Likewise, we rarely agree with the results of filmmakers who veer too far from the path of what a property is, or what we believe it to be. Even James Cameron’s Aliens (1986), one of our most beloved sequels, is being reevaluated as perhaps too drastic a departure from the greatness of Ridley Scott’s Alien (1979). There’s sometimes an artistry in drastic departures, but there’s also an artistry to be found in new filmmakers who lend their voices to quiet and effective consistency rather than loud changes in the status quo. Creed II isn’t Aliens, but it also isn’t Jaws 2. It’s a film, very much like Stallone’s Rocky II, that works in service of established characters and an established world. It’s the work of a director who announces his presence, while promising to reveal more of his own voice and style once audiences feel that they and these characters are in safe hands.

Whether its Steven Caple Jr, David Gordon Green, the Russo Bros., Justin Lin or James Wan, there’s always hesitation when a new director, especially one breaking into a new genre, comes in to direct a sequel or new installment. And this hesitation is even more pronounced when they come in after a filmmaker we’ve come to celebrate. But perhaps we should see these as opportunities for new filmmakers, both the ones who rewrite the rules and those who work to create unison, to stretch their legs, to shape their voices and maybe even take a few hits on their way to greatness, or at least significance. After all, even Rocky started out as second best.