Since the release of Jordan Peele’s racial satire Get Out, the face of Daniel Kaluuya — with fear in his eyes and tears streaming down his face — has been everywhere, from internet memes to promotional posters stretched across the busiest streets in Hollywood.

The British actor, who already has picked up Golden Globe and SAG Awards nominations, stars as Chris, a young man whose white girlfriend (Allison Williams) takes him to visit her parents’ home, where he finds himself in increasingly troubling straits. Kaluuya, 28, spoke to THR about the lasting impact of Get Out and what’s next for him.

You were nominated for a Golden Globe and a SAG Award over the course of a couple days. What did that feel like for you?

It was a mad couple days. My phone lost a lot of battery. I was out and my friend voicemailed me and said, “You’re nominated for a Golden Globe.” It’s been a surreal time. I had to keep shopping that day, so I just kept shopping.

This is an American film from an American filmmaker, but it has resonated with audiences worldwide. What do you think it is about the film that’s relatable for so many people?

Racism isn’t just in America. … Alienation is felt worldwide in different capacities. That’s what Jordan does: He taps into an inner truth by telling his specific truth, so everyone gets it and it works on levels for people who don’t experience racism. They enjoy it as a genre film, but the reason why they can enjoy it is because Jordan understands the African-American truth that he’s trying to portray. To stay loyal to that, and to be specific, allows it to travel. 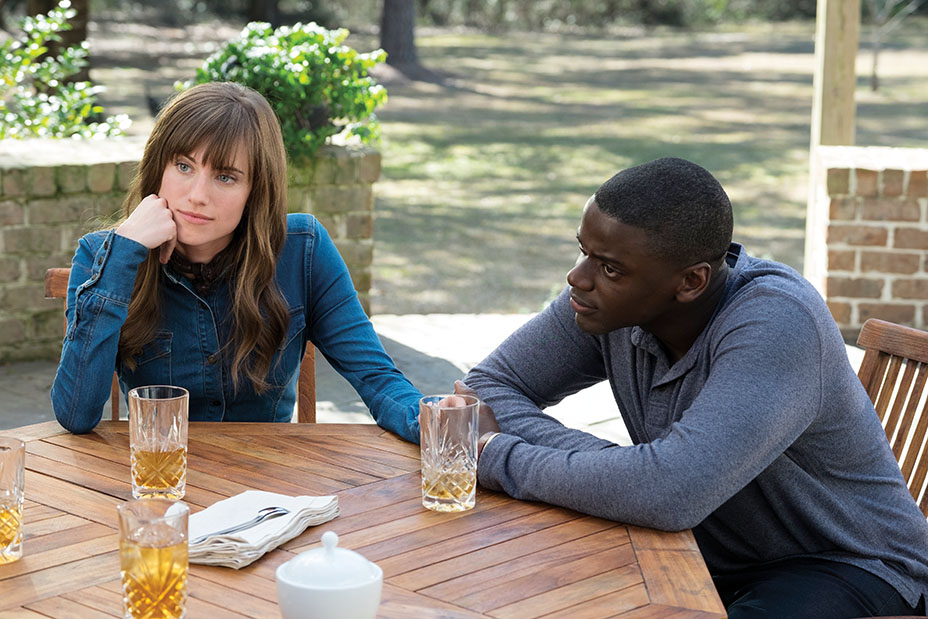 One of the images from the film that has been iconic is the shot of you staring into the camera with tears in your eyes. Did you know that would be such a memorable moment when you shot it?

No, I didn’t know. I only realized it the other day — that it was a thing. There was a poster on Sunset [Boulevard] and I was like, “Oh shit! This is a thing!” And my friends keep sending me memes of my face.

You’ve got Ryan Coogler’s Black Panther and Steve McQueen’s Widows coming out. Is it a priority for you to work with black filmmakers or filmmakers who are telling diverse stories?

I think diverse stories are just stories. I don’t think “diverse” is an add-on package. Things that are not diverse are weird because that’s not accurate. We live in the world and there’s so many different people, so I just think I want to show the world. I like three-dimensional characters — it’s just more interesting when you get on set. All the filmmakers recently have been black, but I just want to tell stories where the character that I’m playing is more than an archetype that he needs to be for the function of the story. I got that with something like Sicario with Denis [Villeneuve]. It’s a perspective. I think it’s just filmmakers who actually live in the world and tell honest world stories.

How much has your life changed since Get Out came out?

My life is different in the way that I have a lot more air miles. I mean, it just creeps up on you. I don’t see it differently; I just do what I have to do. I’m doing it for the reason I’d do anything before — I just support this film. I support Jordan. I’m just like, “Let’s go on this ride.” I think maybe a year from now I’ll be able to see how much it’s changed because right now I’m still in it. It’s like that Dave Chappelle joke he said the other day: “You’re too close to the elephant — all you can see is the penis-like skin.” Maybe a year from now if you ask me, I can tell you what the whole elephant looks like.