A year after its launch, Mythos Studios, the fledgling company led by Marvel Studios founding chairman David Maisel and record executive Scooter Braun, on Thursday revealed it is in active development on three animated features.

Taking a page out of a playbook Maisel used when he was Marvel’s top exec, Mythos hopes to create cinematic universes for animated fare while also event-sizing stories and attracting more sophisticated and global audiences. One of its early steps was taking an ownership stake in Aspen Comics, controlling entertainment rights to its intellectual property, including the works of deceased comics superstar Michael Turner.

“We are tremendously fortunate to have found brilliant creative partners whose artistry and storytelling talent will help us bring these very distinct yet universally themed stories to life on the big screen,” said Maisel in unveiling the new works. “These three projects reflect our vision for Mythos Studios, which is to immerse viewers in cool, animated universes based on contemporary and classic mythologies that resonate around the world. We are excited to be moving forward with these films.”

Pete Candeland, best known for his Gorillaz music videos and The Beatles: Rockband, is directing Cupid, a musical starring Justin Bieber as the voice of Cupid. It is based on the mythological tale of Cupid and Psyche. Rio 2 scribe Carlos Kotkin wrote the script from a story by Maisel. The project is intended to launch what the producers call the MythoVerse, a cinematic universe of stories and characters inspired by classic Greek and Roman mythology.

Meanwhile, Mythos is actively working on what it calls the TurnerVerse, based on two comic books created by Turner, Fathom and Soulfire. Kevin Adams and Joe Ksander, the directing duo behind Netflix’s Next Gen, are developing both titles as vehicles.

Kristin Gore, the daughter of former Vice President Al Gore who counts Futurama and Saturday Night Live as credits, is writing Fathom, Turner’s signature creation that centers around Aspen Matthews, a marine biologist who discovers she is a member of an advanced underwater species.

Bo Yeon Kim and Erika Lippoldt (Star Trek: Discovery, Reign) are writing the screenplay for Soulfire, which is based on Turner’s 2003 comic that told the tale of an orphan boy named Malikai who discovers he is the link to a long-forgotten age of magic. With the help of winged goddess Grace, he takes on the dark lord of technology in a quest to bring magic back to the world.

“When David and I launched Mythos, we knew we had something really special in both our shared overall vision and the IP we wanted to bring to life,” Braun said in a statement. “We are thrilled to have best-in-class creatives and executives to help make these stories a reality.”

The three projects have been quietly chugging along for the better part of 2019 in Mythos’ Los Angeles-based offices, with teams assembled by Maisel and Braun to develop storyboards and visual components in addition to scripts.

Candeland is repped by Verve and Newhouse Porter. Kotkin is with Verve, Circle of Confusion and Bloom Hergott. Adams and Ksander are repped by UTA, Heitmann Entertainment and Stone Genow. Gore is repped by attorney Eric Brooks. Kim and Lippoldt are with Gotham Group. 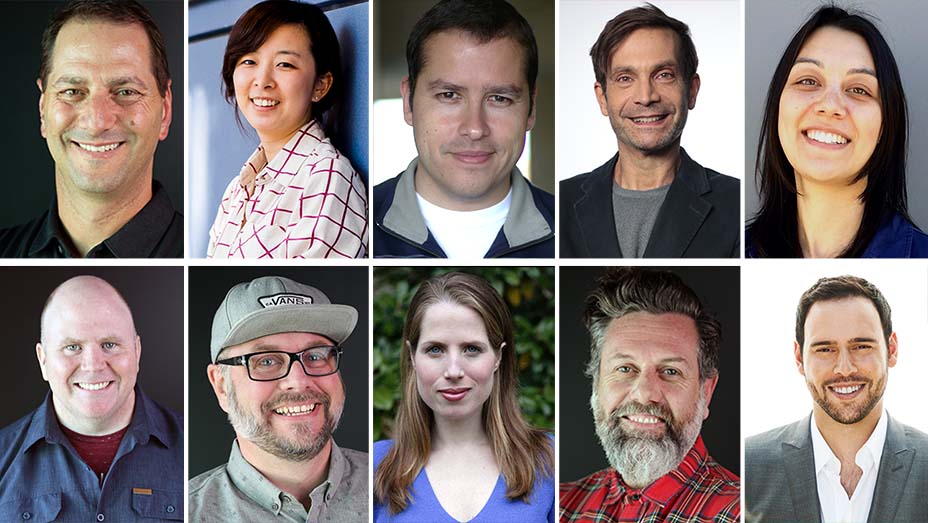