There’s a rise in villainy that is taking hold of the DC Universe — a rise that’s occurring in the comics and its in cinematic counterparts. This week saw two major developments on the dark side of DC. The first was the news of a Joker solo movie starring Jared Leto, who would reprise his role from Suicide Squad (2016). This news comes after the already-revealed Joker movie, directed by Todd Phillips and produced by Martin Scorsese, which will explore the character’s origin outside of the continuity the shared universe of films Warner Bros. has been building since Man of Steel (2013).

The second of the week’s developments came in the pages of Scott Snyder and Jim Cheung’s Justice League No. 1 which not only successfully relaunches the series, but officially introduces the supervillain supergroup, the Legion of Doom, into modern comic continuity. While these two developments are divided by medium, they do showcase an increased awareness in the popularity of bad guys as protagonists, and may point to a potential for synchronicity between DC’s comic and film divisions. It’s easy to make the argument that two Joker movies is overkill, in fact it’s easy to argue that one Joker solo movie is one too many. But perhaps Scott Snyder’s Justice League and the post-credit scene of last year’s Justice League movie may point the way towards a more interesting corner of the DC Universe to explore — one that doesn’t just rely on the popularity of Batman. 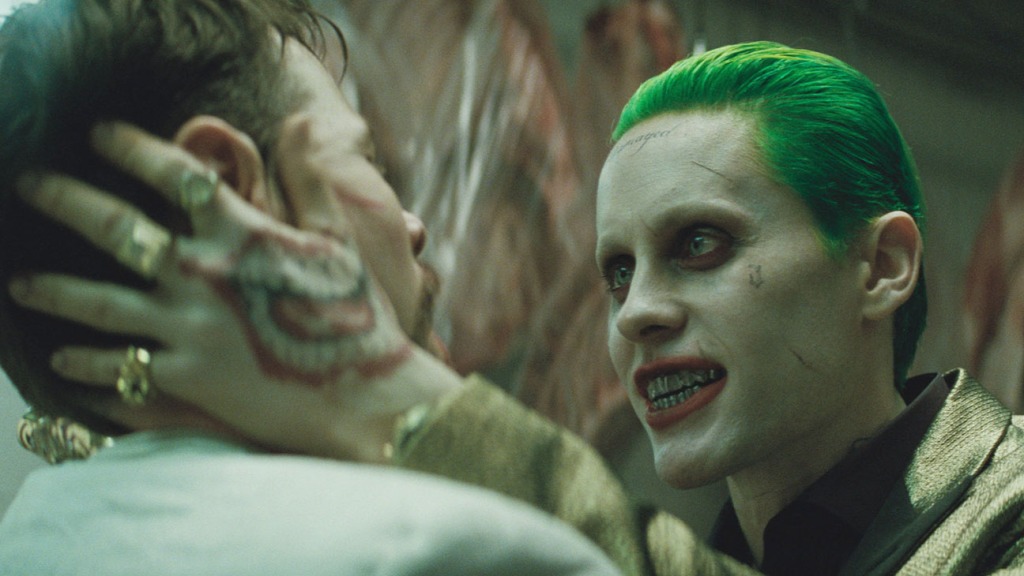 Lex Luthor has been on quite the journey since DC relaunched its comics under the Rebirth brand. He tried his hand at being a genuine superhero, a member of the Justice League and even wore a cape and Superman’s symbol for a while. But all of that changed during Justice League: No Justice, the miniseries that served as the lead-up to the current Justice League series. There, Luthor learned that forces from beyond the known universe were coming to feed off of the energies radiated by the people of Earth. Out of the four energies Mystery, Wonder, Wisdom and Entropy, the latter reigned supreme. “Earth is tipped toward entropy, Martian, not justice. I need to prepare and so should you,” Luthor tells the Martian Manhunter at the end of that series before resigning. While Snyder plans on filling in the gaps of what Luthor discovered about the universe in the time between quitting the League and creating the Legion of Doom, his resolve is that only chaos can save the universe. He sees himself as the hero the members of the Justice League are too moral to be, though it will be interesting to see how the rest of the Legion views their roles in Luthor’s plight. The Legion of Doom stands in contrast to the Justice League not only as a physical threat comprised of nemeses, but as a reaction to their order and optimism. Snyder has promised that the division between the Justice League and the Legion of Doom ties into long-term plans for the DC Universe, and we’ll see the seeds of this story play out over the course of years. This is all to say that the Legion of Doom is about to become a very big deal within DC’s publications.

So what does Scott Snyder’s Justice League mean for the DC movie universe? Nothing officially, but Warner Bros has the pieces in place to do something truly spectacular with their villains. 2017’s Justice League, set up the looming threat of Darkseid, a plot element that didn’t play out as originally planned due to Warner Bros. hands-on approach with the film that cost it its sense of a strong vision. But with Thanos having entered the pop-cultural zeitgeist at the moment, Darkseid and his ambitions may to come too close to what audiences have already seen in Avengers: Infinity War, and potentially next year’s Avengers 4. While it seems likely we’ll see the character take on the Justice League eventually, and he’s sure to play some role in Ava DuVernay’s New Gods adaptation, Darkseid needs to go on the backburner for now if Warner Bros. wants to get the most out of their DC characters. Instead of more alien invasions at the moment, Warner Bros. should follow up on the Justice League post-credit scene, one of the few pieces of Zack Snyder’s original film that remained intact. In the scene Lex Luthor (Jesse Eisenberg) proposes to Deathstroke (Joe Manganiello) that they form “a league of our own,” and the possibilities that stem from that statement are just too great not to follow up on.

Manganiello, who was spotted wearing a Legion of Doom T-shirt last year, already has a Deathstroke movie in the early stages. With Black Manta (Yahya Abdul-Mateen II) starring in James Wan’s Aquaman in December, and Cheetah (Kristen Wiig) set as the primary antagonist in Patty Jenkins’ Wonder Woman 2, the central pieces for the Legion of Doom will all be on the table by next year, including Shazam’s Doctor Sivana (Mark Strong) if there’s a need for a new face among the ranks. Now this isn’t to suggest that all of these characters need solo movies, far from it. But rather, it would be more interesting to see the proposed Jared Leto Joker movie evolve into a villain team-up.

While Suicide Squad was presented as a film about the “bad guys,” most of them ended up on the antihero side of things. A Legion of Doom movie gives Warner Bros. the potential to really delve into what makes these villains tick when separated from the heroic counterparts, and sets up for an inevitable Justice League v Legion of Doom film. And while comparing DC’s films to Marvel’s is often a meaningless exercise, the comparisons will be made anyway. Warner Bros. tapping into the potential of the Legion of Doom allows them to do something Marvel hasn’t gotten to yet: presenting its own super-villain team, the Masters of Evil. With the Legion of Doom already set to become the talk of comic shops this year, and Warner Bros. building a sturdy cabal of villains within the DC Extended Universe, it’s time for these elements to come together and showcase the greatest potential of DC’s characters, beyond simply Batman spinoffs. It’s time for DC’s villains, all of them, to have their night.