Continue to The Hollywood Reporter SKIP AD
You will be redirected back to your article in seconds
Skip to main content
June 22, 2018 6:30am
Logo text

DC Entertainment is reviving a classic comic book format from yesteryear with a new line of comics to be released exclusively through Walmart stores starting next month. The new Giant line of comics — which will run across four monthly titles — will mix all-new original material by some of DC’s top creators with reprints for a 100-page package retailing for $4.99.

The four series — Superman Giant, Batman Giant, Justice League of America Giant and Teen Titans Giant — will feature stories from the last 20 years’ worth of material, with each title including characters and strips in addition to the title characters. All four series will launch on July 1, with subsequent issues being released on the first week (Superman and Justice League) and third week (Batman and Teen Titans) of each month.

Creators working on the new material include such fan-favorites as Tom King, Brian Michael Bendis and the Harley Quinn writing team of Jimmy Palmiotti and Amanda Conner, each working on characters outside of their traditional range in the regular DC line, with Bendis working on his first solo Batman material in September — a 12-part story beginning in Batman Giant No. 3 — and Tom King taking on Superman with artist Andy Kubert for their own yearlong epic beginning in Superman Giant No. 3. Not to be left behind, Palmiotti and Conner will launch a 12-part Wonder Woman story in the third Justice League issue.

It’s not yet known if and where the original material for these series will appear for a non-Walmart audience.

In a statement from DC, publisher Dan DiDio said, “We are extraordinarily excited about working with Walmart to expand the reach of our books. These new monthly books combine new and accessible stories with reprints of classic comic series. It’s a great way for new readers to get into comics and follow the characters they’ve grown to love in TV and film.”

The lineup for the initial issues of the four series are as follows: 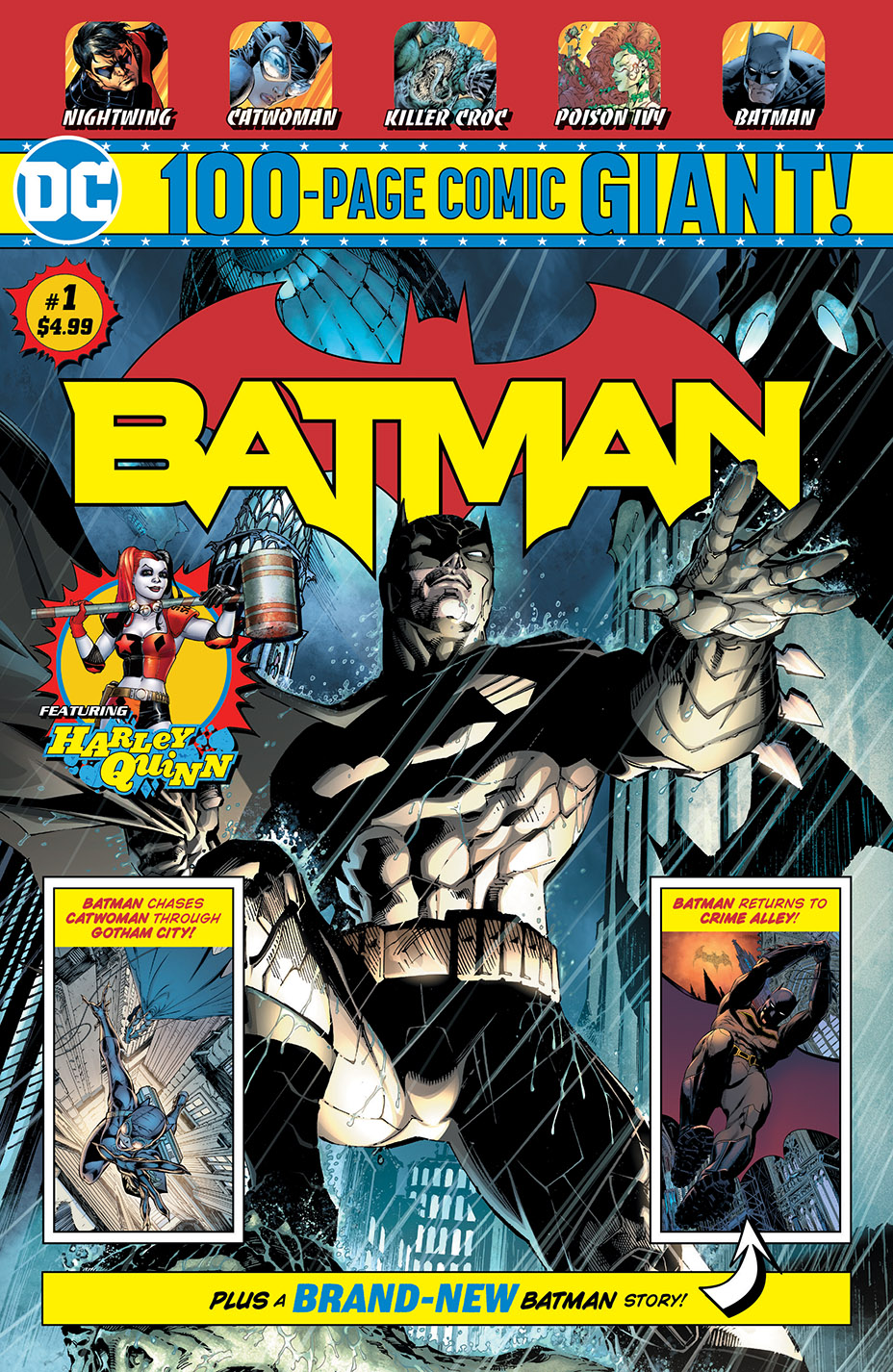 Justice League of America Giant No. 1 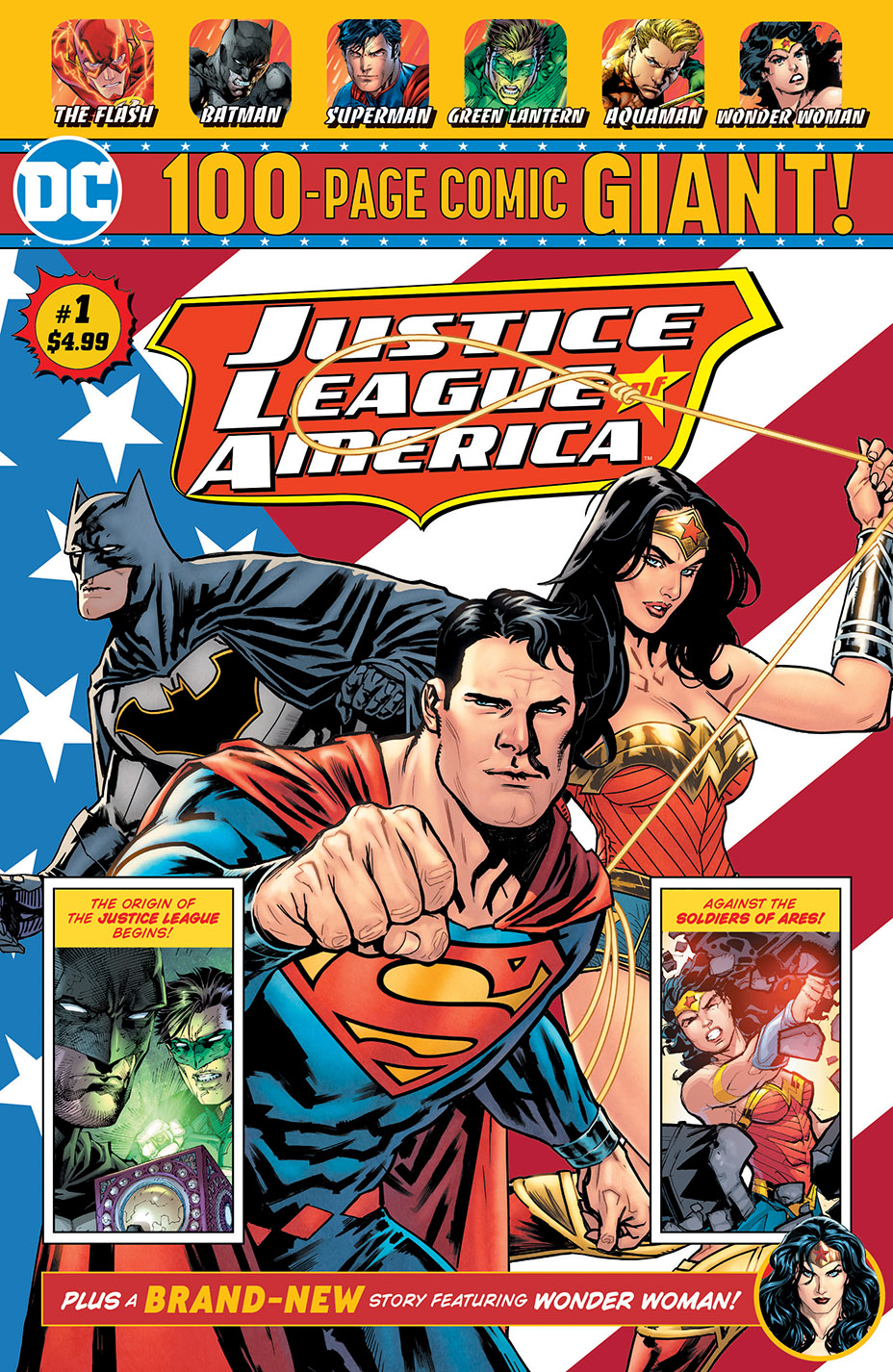 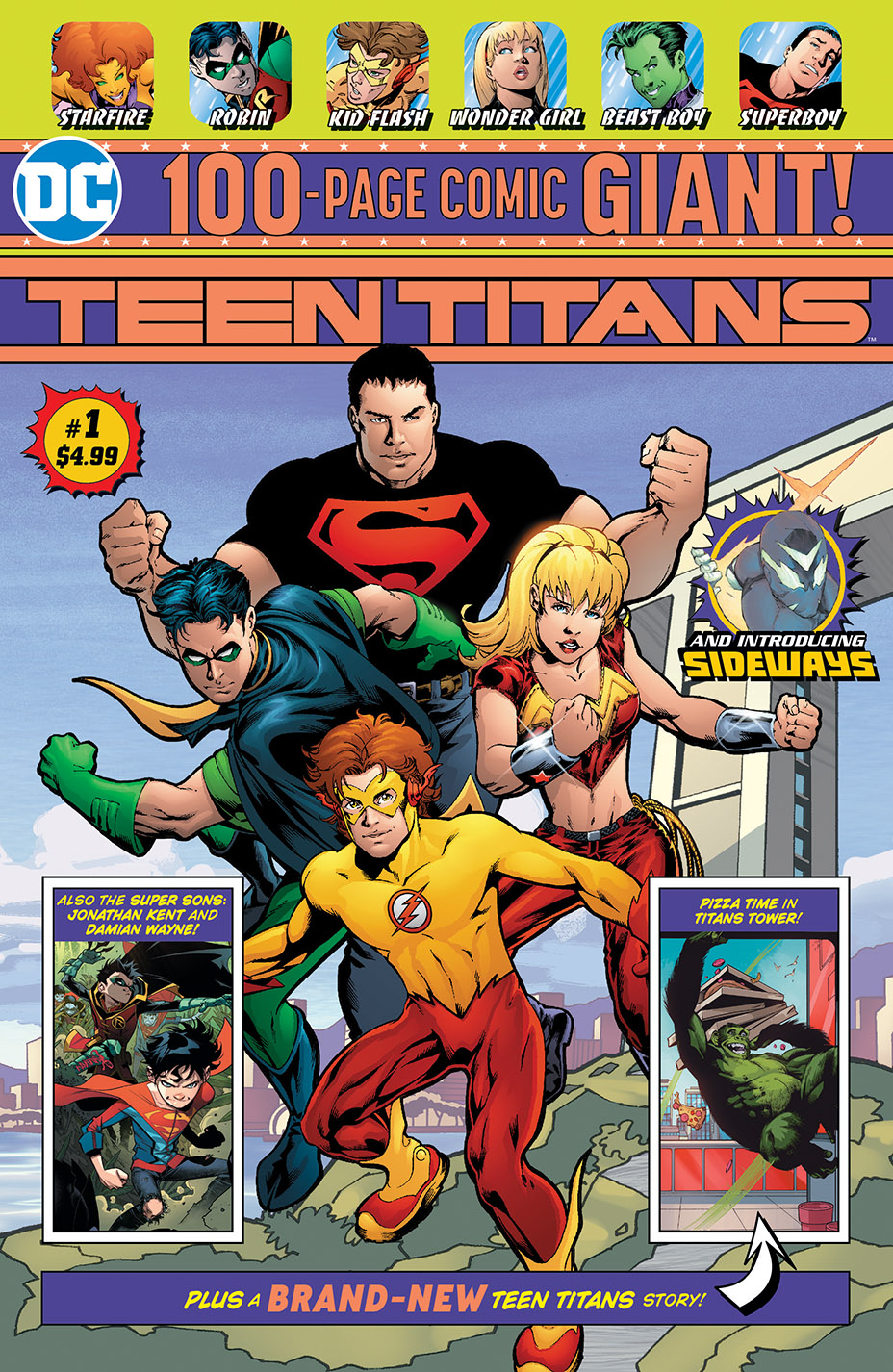