DC Universe will soon be rebranding as DC Universe Infinite, as it abandons its streaming shows to become a comics-only platform. As part of the news, HBO Max revealed it has renewed Kaley Cuoco’s Harley Quinn for a third season and that it will be the home to DC Universe’s streaming library of legacy content.

The newly-renamed DC Universe Infinite will launch in the U.S in January, offering DC catalog titles sixth months after their on-sale date — currently, DCU has a year-long wait. It will also grant earlier access to DC’s expanding line-up of digital-first titles including DCeased: Hope at World’s End, Harley Quinn: Black + White + Red, and Injustice: Year Zero. Additionally, the service will debut DC Universe Infinite Originals, all-new exclusive content created for the service and featuring fan-favorite characters. A global expansion is planned for the service starting in the summer.

“Our fans love the platform’s robust library of comic books and, with the transformation, we will not disappoint,” DC publisher and chief creative officer Jim Lee said in a statement. “I’m excited to share that not only will DC Universe Infinite members still be able to read all of the great comics that they’ve enjoyed but new issues are debuting on the platform quicker than before, digital first exclusives are being created, and the members-only events will begin as soon as possible. ”

With DC Universe transitioning into its new incarnation, the video content originally created for the service — Young Justice, Titans, Doom Patrol, the first season of Stargirl, and Harley Quinn — will move to HBO Max and will transition into a Max Original series alongside Doom Patrol going forward. A third season of Doom Patrol was recently announced by HBO Max. 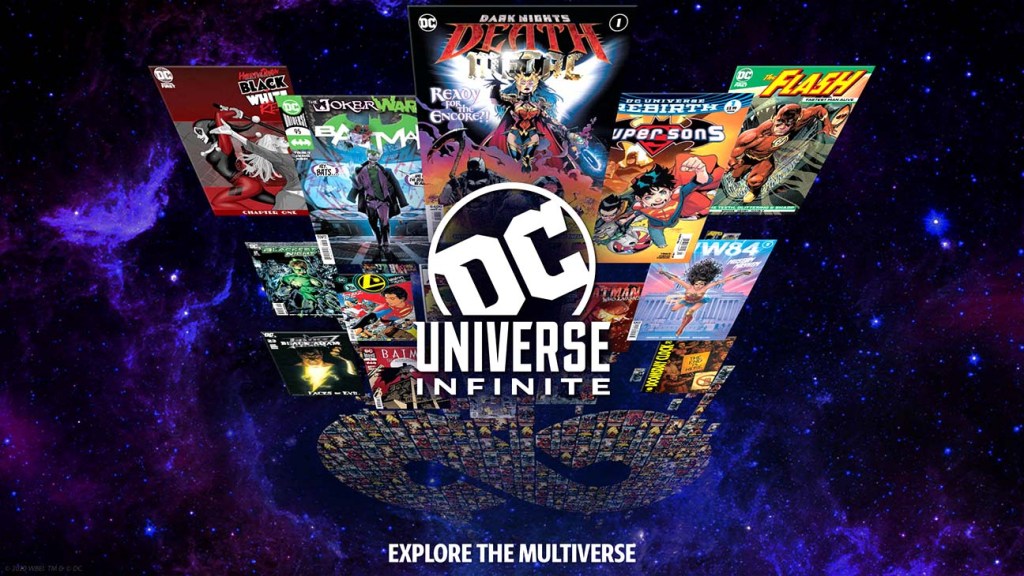