Avengers: Endgame gave audiences a Thor like they’ve never seen before. Chris Hemsworth’s God of Thunder was broken and depressed following his failure to kill Thanos (Josh Brolin) in Avengers: Infinity War. He spent Endgame on a journey of self-discovery that saw him reconnect in the past with his mother, who offered him some profound advice: “Everyone fails at who they’re supposed to be, Thor. The measure of a person, of a hero, is how well they succeed at being who they are.”

By the time the film ended, he seemed to have taken his mother’s words to heart and joined the Guardians of the Galaxy for some intergalactic adventures, but not before entrusting Valkyrie (Tessa Thompson) with rule over Asgard.

Perhaps she could be a candidate for the new Thor, but there’s another woman whose Endgame appearance hints she may be in line as well.

Though Thor Odinson is the most famous hero to wear the mantle, in the comics there have been others who have taken on the name of Thor. There was an arc that began in 2014’s Original Sin series from Jason Aaron and Mike Deodato Jr. in which the blond hero suddenly found himself unworthy to wield Mjolnir, the hammer that traditionally gave him his powers. Soon after, an enigmatic woman was able to pick up the mighty mythical weapon and become the powerful godlike hero known as Thor. It was later revealed that this figure was none other than Jane Foster, Thor’s former partner, who was played by Natalie Portman in Thor (2011) and Thor: The Dark World (2013).

This wasn’t the first time Jane had taken on the role, as a 1978 issue of Marvel’s alternate reality What If? series imagined what would have happened if Jane had been the one to find the magic hammer. Aaron and Deodato Jr. expanded on that with a story that saw the real Jane Foster going through chemotherapy while living a double life as the masked hero with the hammer giving her the powers to fight despite her illness. It was a huge reveal that stunned fans. Eventually Jane took on the role of Thor in her own series, The Mighty Thor, and joined the Avengers. 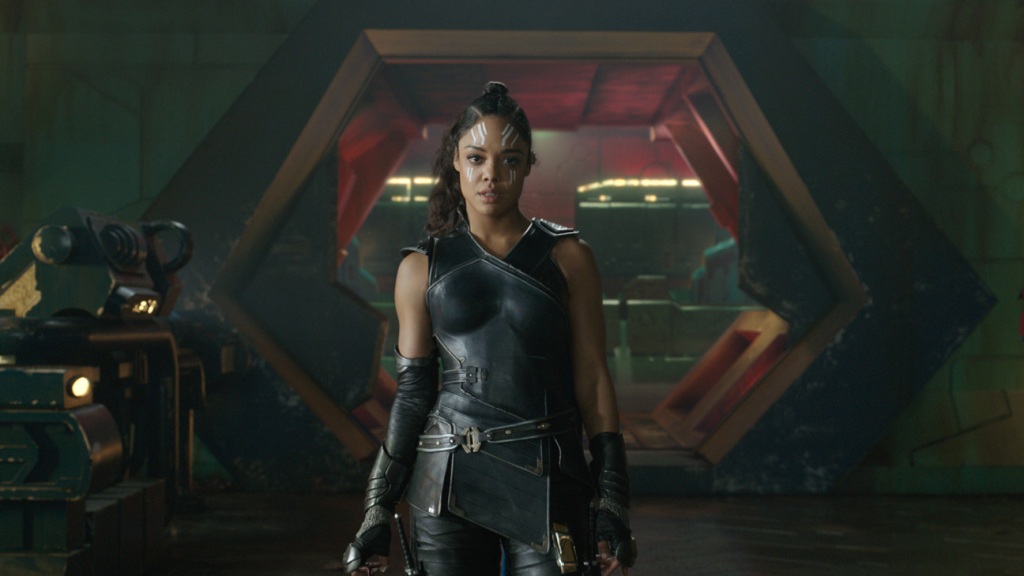 Though Odinson eventually returned to his birthright, it was a powerful period that set up an exciting future for one of the MCU’s brightest. The character who was portrayed in the MCU by Portman was a key part of Thor and its sequel, Thor: The Dark World. But the actress was unhappy with the studio’s decision to split with the sequel’s original director, Patty Jenkins, and didn’t return for Thor: Ragnarok. With all of the Avengers’ time travel, though, fans got to see Jane once again in Endgame as Thor and Rocket (voiced by Bradley Cooper and played in motion capture by Sean Gunn) navigated the gilded halls of Asgard looking for one of the Infinity Stones.

Portman’s appearance in the film and at the Endgame premiere did get fans wondering if Jane might be taking on a larger role in the future of the MCU. I suspect that Valkyrie is more likely to take over for Thor should he need a replacement. Thompson’s avenging angel was the breakout character of 2017’s Thor: Ragnarok. Though her Endgame screen time was minimal, she did get to fly on a pegasus and gain a new royal title.

So what is the likelihood of Valkyrie picking up Mjolnir? The hammer’s whereabouts are currently unknown after Captain America disappeared back into the past with it, but when it rears its head again, there is comic book precedent for Valkyrie wielding Mjolnir and taking on the name of Thor. During a 2009 series called Ultimatum, the X-Men’s most fearsome foe, Magneto, gained control of Thor’s hammer and tried to take over the world. After a battle to reclaim the Asgardian weapon, an alternate-universe version of Valkyrie managed to beat the villain. In the continuation of the story, New Ultimates, it was revealed that she was now Thor and was using the hammer that she took from Magneto.

Could Thompson’s version follow suit? For now, she’s busy protecting and building the realm of New Asgard. But when the New Avengers come calling in need of an Asgardian to help the save the world from the next inevitable threat, don’t be surprised if Valkyrie is there, perhaps with Mjolnir in hand.