It seems like the perfect end to his horrendous reign. Dusted on a distant planet, far away from the things that he values, struck down by the man who was so haunted by his actions. There was something poetic about the death of the Thanos (Josh Brolin), but for those fans who are familiar with his sprawling comic book history, the apparent resolution of his story seems like it could actually be the beginning of the true reign of the Mad Titan.

Though he was widely celebrated as one of the most effective villains that the Marvel Cinematic Universe had ever seen, some comic fans were slightly disappointed with Thanos’ representation as a dictator obsessed with the idea of balance, which as twisted as it was, was noble in his own mind.

It was a galaxy away from the monster who in the comics loves Death, so desperate for her approval that he was driven to destroy half of the life in the known universe. But it was a thread taken directly from another story by the creator of Thanos and the Infinity Gauntlet, Jim Starlin.

To truly understand Thanos’ journey through the Marvel Universe we have to go back to Silver Surfer #35, which saw the machiavellian alien trying to convince the Silver Surfer that life would be better on certain planets if their populations were decimated by 50 percent. In the Jim Starlin and Ron Lim issue, he seems to have more ecological worries at the forefront of his mind, promising the Surfer that the planets would thrive, be healthier and more sustainable without half of the life that lives on them.

His true machinations are revealed only a few issues later in Silver Surfer #38 when Thanos revealed himself to his granddaughter Nebula — he had previously died but was revived by Death to do her bidding — and the crew of his old ship, Sanctuary III. After frying his poor grandchild to a crisp and reclaiming the vessel, Thanos ends up in a galactic meeting with the Silver Surfer, who’d been hunting him through the universe. During an epic space stare down, Thanos’ confesses that his argument about balance and the survival of planets like the pair visited in #35 was nothing but a gambit to trick the Surfer into becoming complicit in his plan to please Death.

This reversal was reflected in one of the most powerful moments of Endgame as Thanos faced down the Avengers and had a revelation. Gone was the man who had sat young Gamora on her knee and hid the destruction of her planet whilst lecturing her on the importance of a cosmic equilibrium. Instead, Thanos has a revelation: he didn’t want balance, he wanted submission, a grateful world that would never question its new leader. He would destroy the universe and create a new one.

That plan didn’t go well for him, with the alien and his army ending up as nothing but dust floating in the wilds of space. 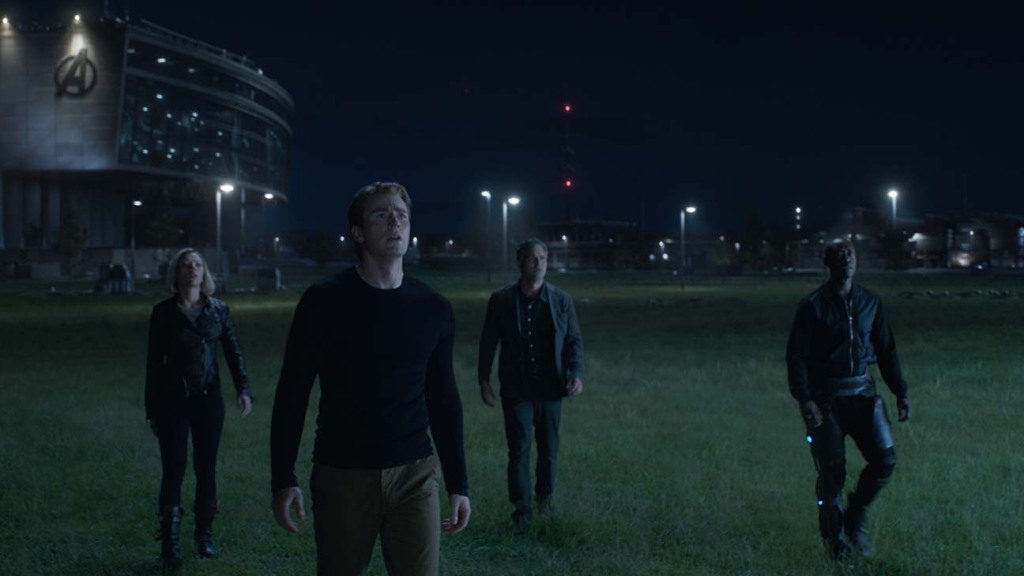 Though it seems pretty final, diving back into Silver Surfer #38 offers up some hope for the fans of the Mad Titan as it also ends with the apparent death of the despot, but turns out to be yet another of his schemes. Tiring of the Surfer’s hunt, the final pages revealed that Thanos decided to fake his own death as a way to get the supernatural Watcher to leave him alone. It was clear that the MCU’s iteration of the character was also pretty sick of the Avengers and their never-ending fight against his plan for his universal domination, so could he, too, have had ulterior motives in his final moments?

One of the most iron-clad rules of comic books is that no one ever really dies and Thanos’ journey in Silver Surfer #38 is a keen reminder of that. In his next adventures, he headed off on a most familiar quest to claim the six Infinity Gems. Although in the movies he already collected the Stones that killed half of all life, there’s part of his story that could easily be explored if he returned to the MCU

Thanos’ obsession with Death is a defining feature of the character in the comics. It’s possible that by being dusted himself, he finally has met Death herself. There’s a chance that he may be able to harness the powers of the cosmos to return and become a part of the more cosmic future of the MCU with what he’s learned in the afterlife and meeting Death.

Up until now, the MCU has strayed from the more abstract cosmic elements of the Marvel comics. That’s changing, though as a The Eternals film is in the works. The superpowered race of proto-humans were, in the comics, created by an ancient group of beings known as the Celestials, who are some of the oldest creatures in the entirety of the Marvel Universe. Created by Jack Kirby, the Eternals are the opposite of the comparatively realistic and safe exploration of sci-fi that Kevin Feige and his Marvel Studios have trafficked in so far.

With this shift, it wouldn’t take much for the minds behind the Marvel movies to reintroduce the Mad Titan, possibly even as an ally to the heroes who are left, which has happened more than once in the source material. He could also return as a true messenger of Death, ready to finally repay the entity who taught him so much and potentially returned him to life. With the Fantastic Four now available to Marvel Studios, Thanos could even be what brings the Silver Surfer to Earth, with the Surfer searching down the source of the Snap and its reversal.

With plenty of ways that Thanos could return to the screen, now the question is whether he should, and whether in the ever-changing world of the MCU he still has a place as our heroes move on from the events of Endgame.